Elon Musk's biggest worry about SpaceX's first astronaut mission is the spaceship's return to Earth, which is scheduled for Sunday 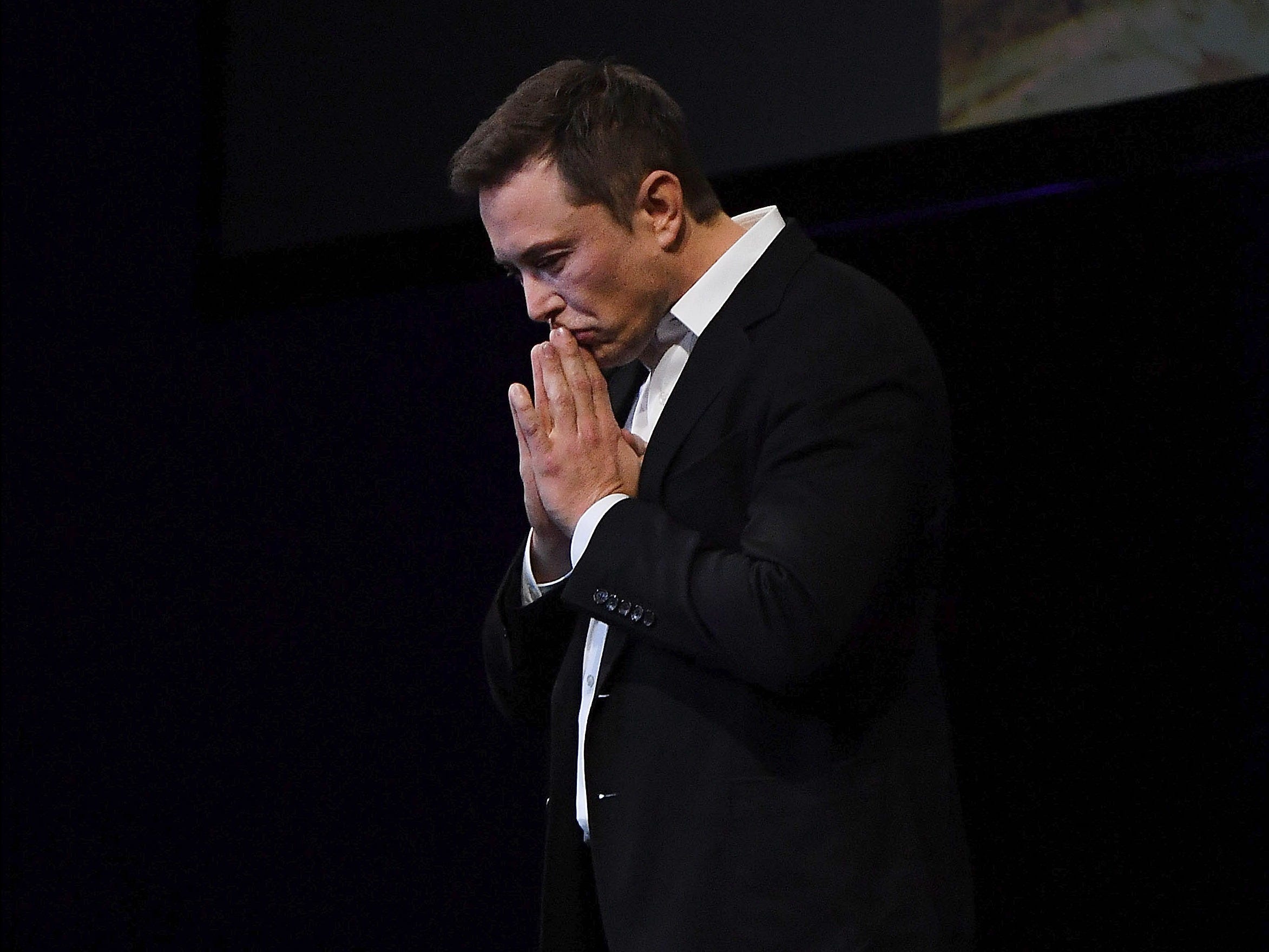 After a two-month stay on the International Space Station, the two astronauts that SpaceX launched in its first crewed mission are about to journey home.

The mission, called Demo-2, launched NASA’s Bob Behnken and Doug Hurley in SpaceX’s Crew Dragon spaceship atop a Falcon 9 rocket on May 30. The flight resurrected human spaceflight in America after a nine-year hiatus. But neither SpaceX nor NASA can declare success until the two men are home safe.

During reentry, the Crew Dragon must hurtle back through Earth’s atmosphere at up to 25 times the speed of sound, which requires the spacecraft to weather temperatures up to 3,500 degrees Fahrenheit. The capsule’s heat shield will deflect and absorb the energy of superheated plasma – but the forces of atmospheric reentry have a slim chance of causing catastrophe.

“The part that I would worry most about would be reentry,” SpaceX CEO Elon Musk told Irene Klotz of Aviation Week ahead of the launch in May.

Behnken and Hurley are scheduled to undock from the space station at 7:34 p.m. ET on Saturday, then splash down on Sunday at 2:42 p.m., off the coast of Florida. You can watch NASA’s live coverage of the journey here. That schedule might change, however, based on Hurricane Isaias, which is approaching some of NASA’s potential landing sites off the coast of Florida.

Musk said in May that his “biggest concern” about the new spaceship was the capsule’s asymmetric design, which is driven by its emergency escape system (though the threat is low).

“If you rotate too much, then you could potentially catch the plasma in the super Draco escape thruster pods,” Musk said, adding this could overheat parts of the ship or cause it to lose control due to wobbling. “We’ve looked at this six ways to Sunday, so it’s not that I think this will fail. It’s just that I worry a bit that it is asymmetric on the backshell.”

Musk expressed the same concern about a roll instability, as the issue is called, during a press briefing after the company’s Demo-1 mission – an uncrewed test flight of its Crew Dragon – launched in March 2019.

He said he sees “hypersonic reentry as probably my biggest concern, just because of the asymmetric back shell.”

At the time, Musk also noted a concern about the spaceship’s parachutes, which must deploy to slow down the Crew Dragon as it falls through thicker parts of the atmosphere.

“The parachutes are new. Will the parachutes deploy correctly? And then will the system guide Dragon 2 to the right location and splash down safely?” Musk said at the time. As it turned out, the answers to those questions were yes.

On the Demo-2 mission, NASA has estimated a 1-in-276 chance of losing the crew at some point.

Before Behnken and Hurley left Earth, Hans Koenigsmann, SpaceX’s vice president of mission assurance, was asked during a May 25 press briefing what kept him up at night in regard to the launch. He, too, pointed to parts of the reentry process.

Koenigsmann named the Crew Dragon’s parachutes as a concern, since their packing can’t be tested until they’re deployed. But he also said he’s satisfied with the years of work put in to make Crew Dragon safe to fly. 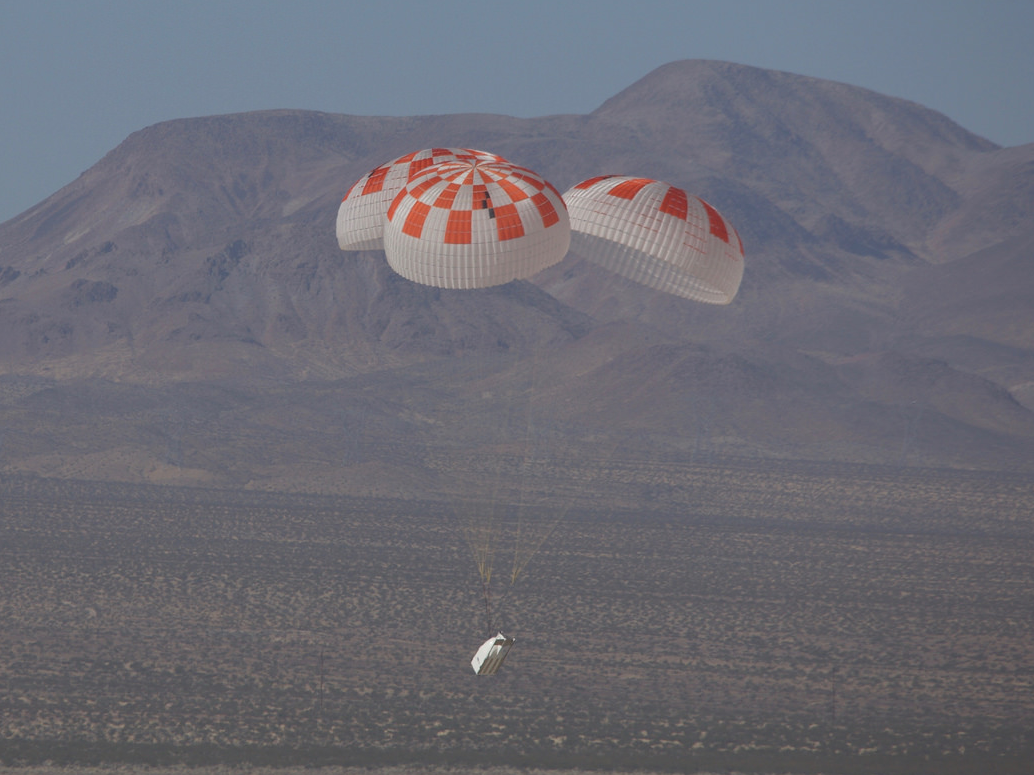 SpaceXSpaceX performs a parachute test for its Crew Dragon spaceship, which will ferry NASA astronauts to and from space.

“We have full confidence that the vehicle will perform just like it’s supposed to,” he told CNN on June 16, during an interview from the ISS. “That being said, it’s a completely different entry profile than what we are used to, or had been used to in the space shuttle.”

The space shuttles touched down on runways at NASA facilities. But that return process proved fatal in 2003, when the Columbia shuttle broke up upon reentry, killing the seven astronauts on board. Hurley and Behnken were both on the runway watching.

The Crew Dragon’s controlled fall into the Atlantic Ocean will be “much more dynamic” than that of a space shuttle, Hurley said.

“That’s just part of the unknown,” he added. “We have prepared for it, but we can only prepare so much. We’ll see how the vehicle does, and we’ll see how we do when we get back.”

Although the Crew Dragon has never returned people to Earth, SpaceX’s Demo-1 mission flew it to and from orbit successfully without anyone onboard. Its design is based on that of SpaceX’s Cargo Dragon ship, or Dragon 1, which has successfully reached the ISS and returned 20 times.