Even if Elon Musk's Neuralink brain chip never gives us telepathy, it could do wonders for animal testing 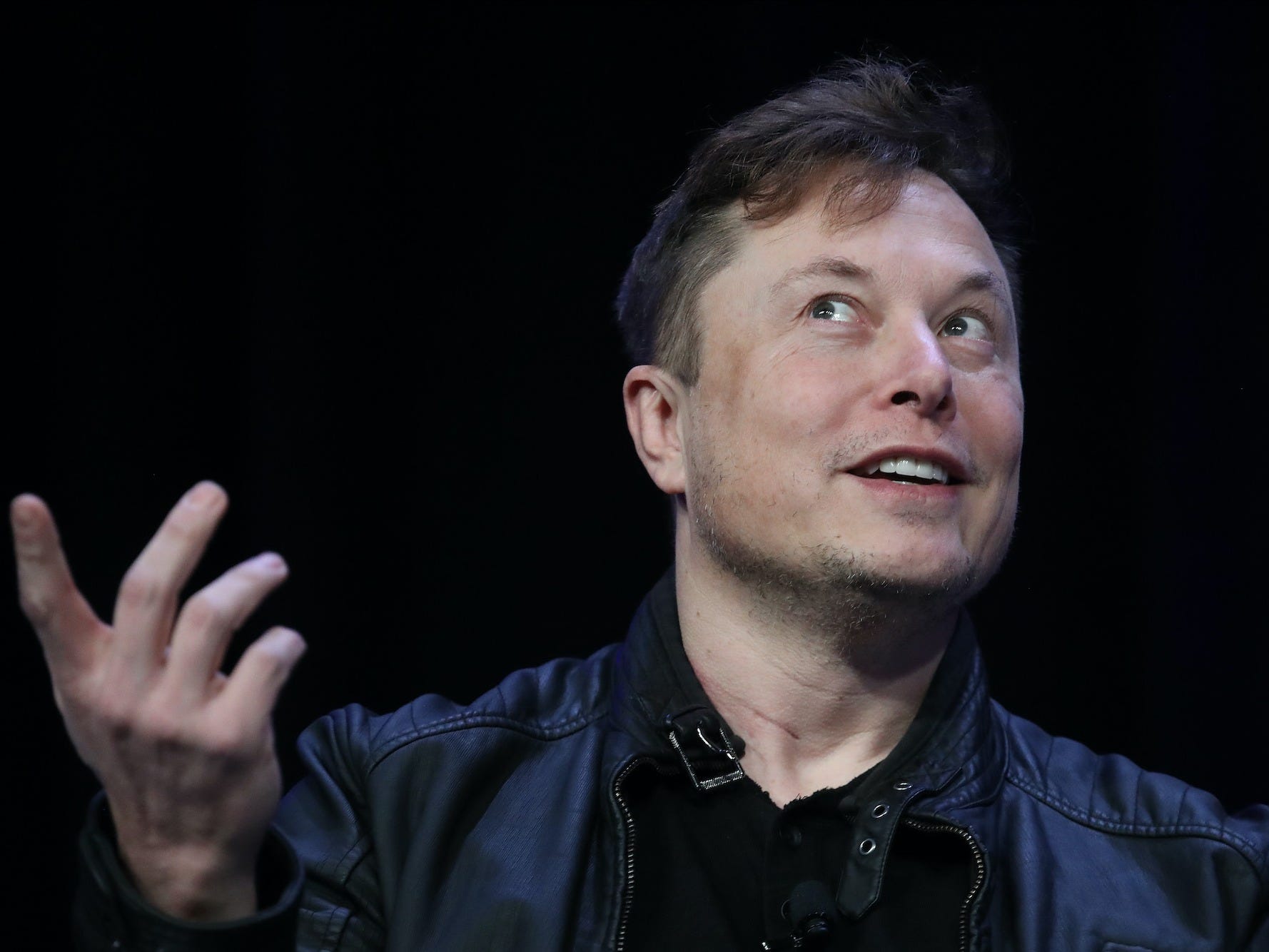 In his quest to merge human consciousness with AI, Elon Musk could massively improve the world of animal testing.

Alongside his more well-known ventures Tesla and SpaceX, Elon Musk owns a company called Neuralink. Founded in 2017, Neuralink has been working on trying to make a computer chip that could be implanted in a person’s brain.

The near-term applications for putting these chips into people’s brains would be to study and treat neurological conditions such as Parkinson’s disease. They could theoretically even restore movement to paralysed patients via robotic prostheses connected wirelessly to the brain chip.

But Musk isn’t satisfied talking about the near-term. During an August demonstration of Neuralink, he claimed the device would enable people to do things like “save and replay memories,” or summon their car telepathically.

On August 28, Musk livestreamed a demo of a working Neuralink device implanted in the brain of a pig named Gertrude.

The device was embedded in Gertrude’s skull, with wires fanning out into her brain with electrodes capable of detecting, recording, and theoretically even stimulating brain activity. 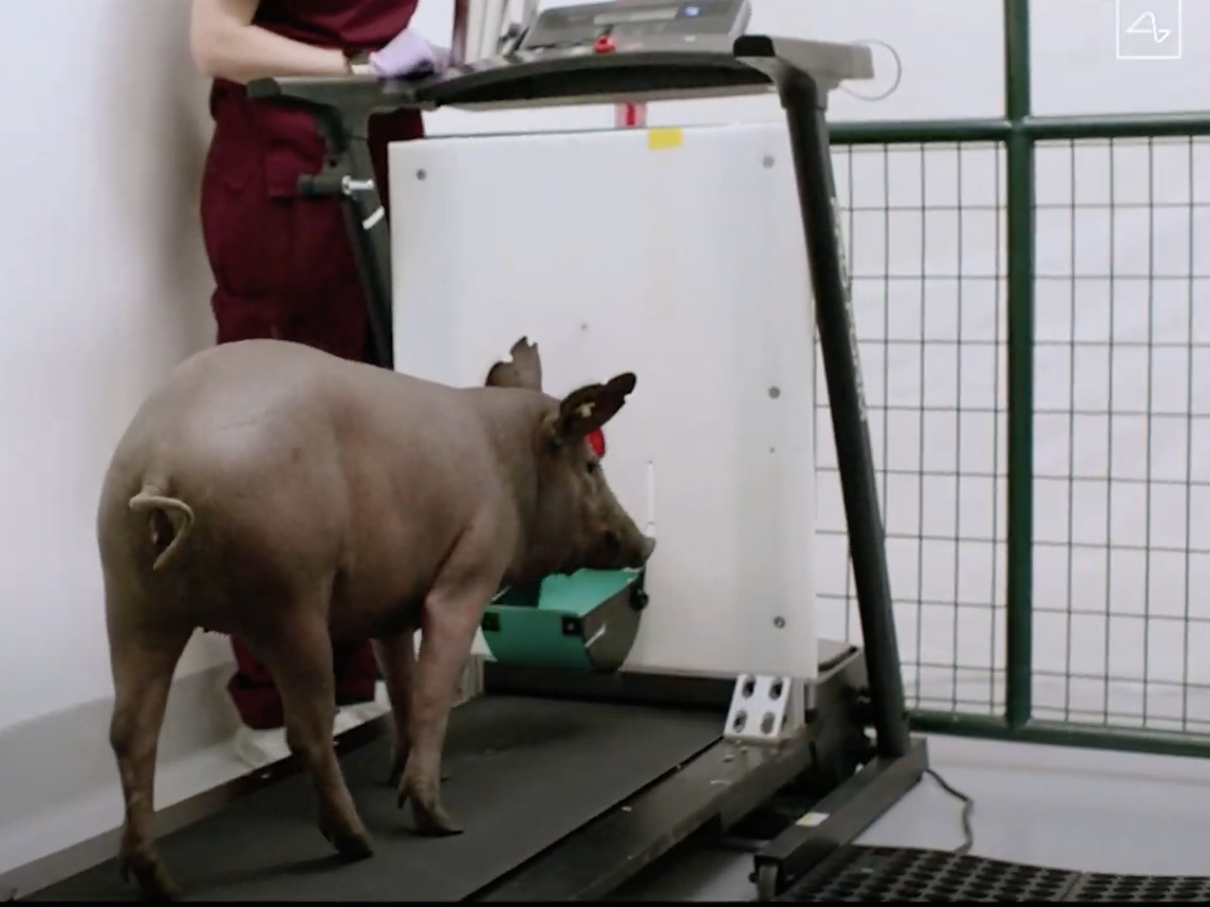 Neuralink YouTube demoNeuralink’s pig Gertrude was the star of the demo.

To sift through the solid science and Musk’s more bombastic claims, Business Insider spoke to neuroscientist Professor Andrew Jackson of the University of Newcastle, who has worked with placing neural interfaces in animals â€” i.e. brain chips like the ones Neuralink wants to make.

Jackson said he was impressed by the kit Neuralink showed off.

“One of the things that I think is important is they are pushing up the number of channels that you can record,” he told Business Insider.

Until recently, the best commercially available product anyone performing wireless tests on animals could get their hands on recorded about 100 channels â€” Neuralink’s device would up that number to 1,000.

Jackson said the fact the Neuralink device is contained within a small package that can go in the skull is also a big improvement. “That’s obviously very important as you go to humans, but I think also it could be very useful for people working with animals at the moment,” he said.

At the moment a lot of neural implants on animal test subjects involve wires poking out through the skin, and a completely wireless link covered by the skin would reduce the risk of infection, Jackson said.

“Even if the technology doesn’t do anything more than we’re able to do at the moment â€” in terms of number of channels or whatever â€” just from a welfare aspect for the animals, I think if you can do experiments with something that doesn’t involve wires coming through the skin, that’s going to improve the welfare of animals,” he said.

“In [Neuralink’s] credit they clearly paid attention to the ethics of animal experimentation,” said Jackson added. “I thought it was good that they at least acknowledged it was important for these animals to be well looked after,” he said.

For the sake of any future humans who might get a Neuralink put in their brains, the welfare of test animals like Gertrude is vital, because the tests have to be conducted over several years to make sure the device doesn’t become harmful at any stage, and to make sure it will work forever.

“Anything you put in the body starts getting covered in scar tissue. If you’re trying to listen to these small signals from brain cells close up, as your device gets encapsulated by scar tissue, it becomes harder and harder to get those signals. This process can take anything from days with some kinds of electrodes to years,” Jackson said.

“The most common age of getting a spinal cord injury is 18 […] so you’re living with a condition for five decades. So really for these things to be really useful the lifetime needs to be measured in decades and not months,” he added.

During the demonstration, Musk said Gertrude had had the Neuralink in her brain for two months.

In action, the device appeared to relay information as Gertrude used her snout to snuffle about, and when put on a treadmill it was able to accurately predict the positioning of her legs as she trotted along.

To neuroscientists like Jackson, this was nothing new. “That is something that has been shown many times before now, both for walking, the movements of the legs, and also movements of the upper limb in monkeys,” he said. 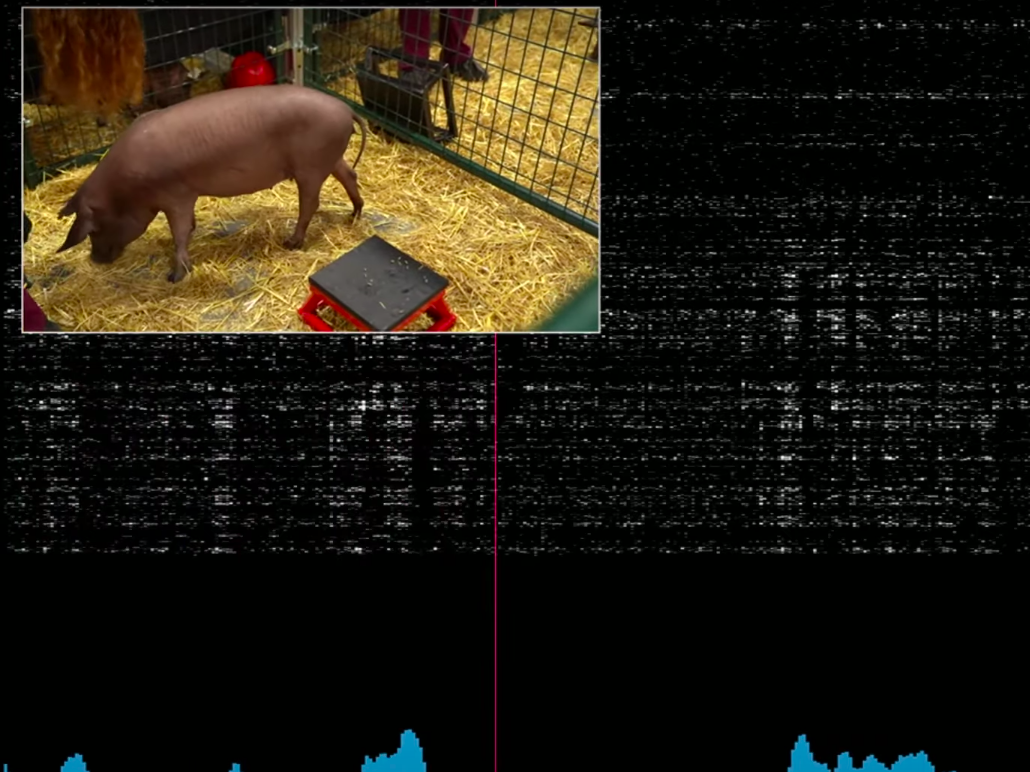 Neuralink/YouTubeThe Neuralink device in Gertrude’s brain transmitted data live during the demo as she snuffled around.

Jackson was also more sceptical of Musk’s claims that the technology could one day be used to enhance human cognition, blending it with AI.

“Not to say that that won’t happen, but I think that the underlying neuroscience is much more shaky. We understand much less about how those processes work in the brain, and just because you can predict the position of the pig’s leg when it’s walking on a treadmill, that doesn’t then automatically mean you’ll be able to read thoughts,” he said.

Musk’s outlandish claims of merging human and computer consciousness notwithstanding, Jackson is keen to see Neuralink made available to animal researchers.

“I hope that they take that approach and try to make this technology as widely available within the animal research world along alongside what they’re trying to do, which is to get this approved for human use,” he said.

I think this would be hugely beneficial to the field […] certainly this technology will have applications in neuroscience research and any new technology is good and will advance that research. And that research may well lead to improvements in the way we treat Parkinson’s disease [for example] even if the technology itself doesn’t ever form part of the treatment,” said Jackson.