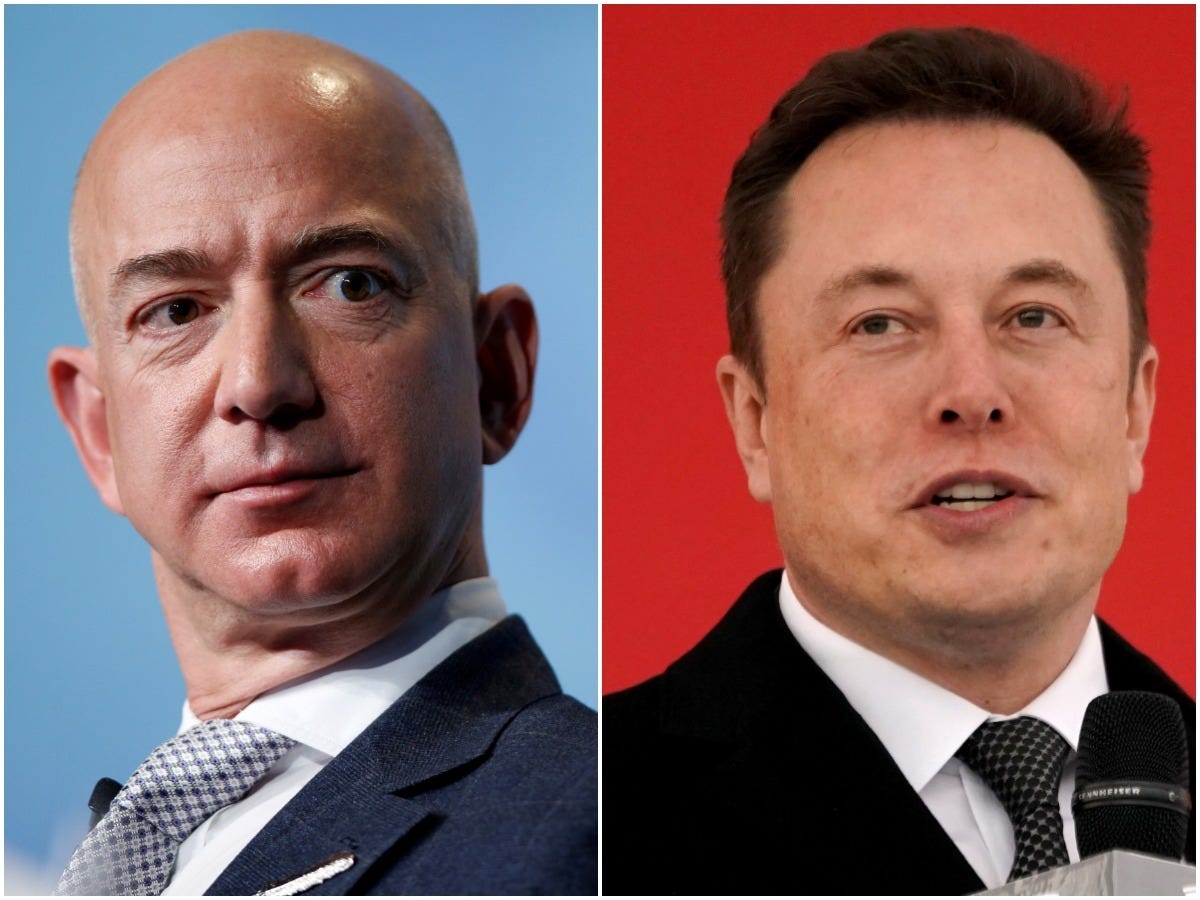 Elon Musk has made another jab at Jeff Bezos, the latest escalation of a years-long feud between the two billionaires over their competing space ambitions.

Over the weekend, The New York Times’ Maureen Dowd published a wide-ranging interview with Musk that touched on everything from his girlfriend, Grimes, and their new baby, X, to the coronavirus and Musk’s wealth.

When discussing SpaceX, the space exploration company Musk leads that recently helped send astronauts into space, Bezos’ name came up. Musk took the opportunity to make a dig at the Amazon CEO, who founded a reusable rocket company called Blue Origin, which hopes to send people to the moon.

Musk appeared to call Bezos too old and Blue Origin too slow to ever accomplish that goal.

“The rate of progress is too slow and the amount of years he has left is not enough, but I’m still glad he’s doing what he’s doing with Blue Origin,” Musk said.

While Musk and Bezos mostly operate in different industries on Earth, the two moguls have been feuding over space for over 15 years. Bezos founded Blue Origin, in 2000, while Musk founded SpaceX in 2002. Things heated up two years later, when the pair met for dinner to discuss their space ambitions.

“I actually did my best to give good advice, which he largely ignored,” Musk said after the meeting.

Things escalated in 2013, when SpaceX tried to get exclusive use of a NASA launch pad and Blue Origin (along with SpaceX rival United Launch Alliance) filed a formal protest with the government. Musk called it a “phony blocking tactic” and SpaceX eventually won the right to take over the pad. Months later, the two companies got into a patent battle, and soon after, Bezos and Musk took their feud public, trading barbson Twitter.

Bezos has frequently criticised the idea of colonising Mars – a main goal of SpaceX – describing the idea as “un-motivating.” Once, when the BBC asked Musk about Bezos, he responded, “Jeff who?”

More recently, Musk has called Amazon a monopoly and tweeted that it should be broken up. He’s also called Bezos a copycat for Amazon’s plan to launch internet-beaming satellites and for acquiring self-driving-taxi company Zoox, as both are industries Musk currently operates in.