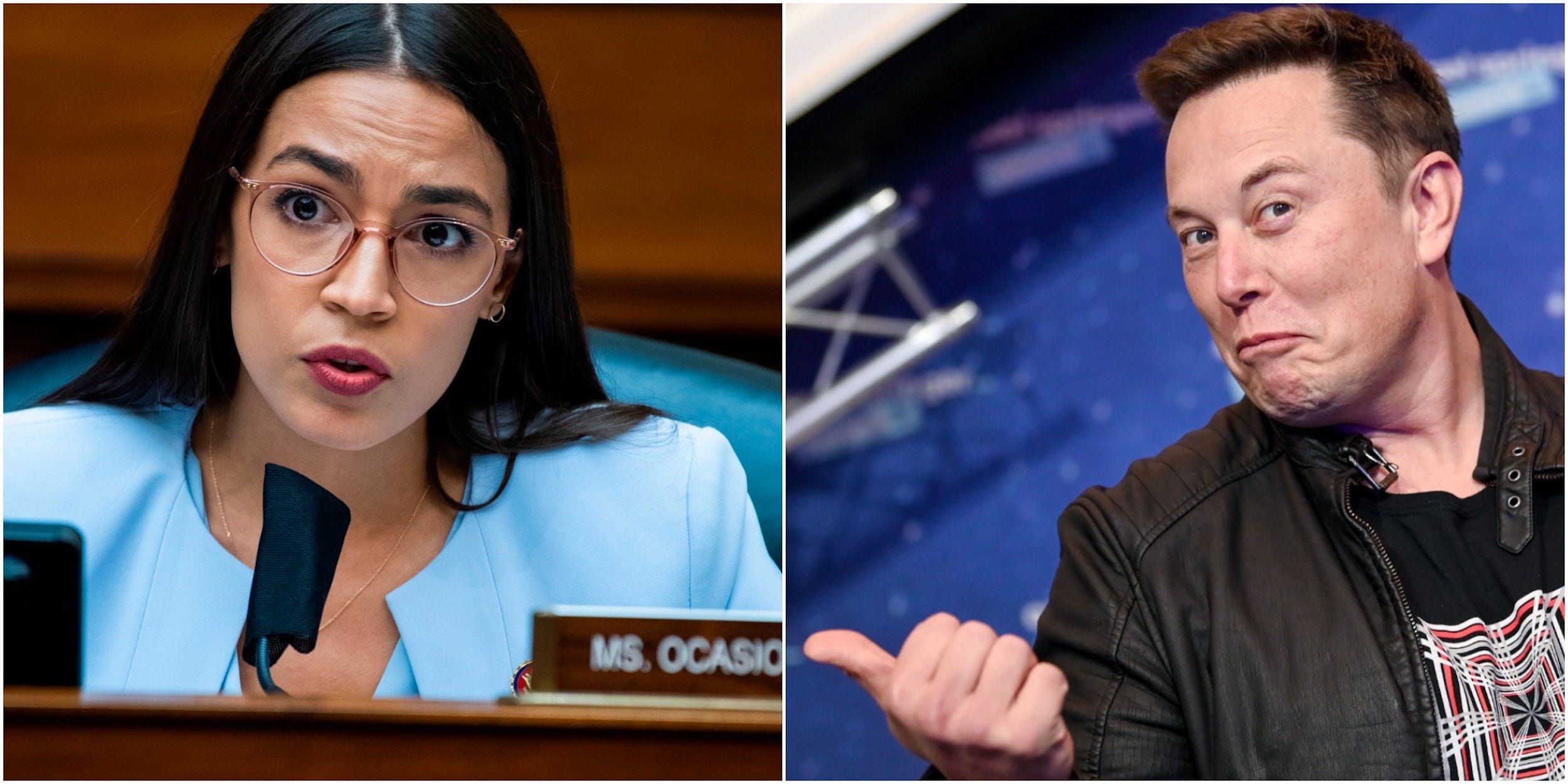 After Ocasio-Cortez called for a House Financial Services Committee hearing on the app’s decision to halt trading of GameStop stock, Musk tweeted his approval.

Robinhood and some other trading platforms have abruptly stopped their clients from purchasing shares of some companies whose stock prices rose dramatically after day traders organised on Reddit and bought shares and options en masse. The rally hurt hedge funds who had heavily shorted the stocks.

“This is unacceptable,” Ocasio-Cortez tweeted after the news dropped. “We now need to know more about @RobinhoodApp’s decision to block retail investors from purchasing stock while hedge funds are freely able to trade the stock as they see fit. As a member of the Financial Services Cmte, I’d support a hearing if necessary.”

Earlier on Thursday, Ocasio-Cortez rejected GOP Sen. Ted Cruz’s support of her position because of his involvement in his party’s campaign to overturn the results of the 2020 election. The disinformation and conspiracy theories about the election that former President Donald Trump and his allies promoted helped incite a violent pro-Trump mob to attack the Capitol on January 6. One of the accused rioters posted online death threats targeting Ocasio-Cortez.

“You almost had me murdered 3 weeks ago so you can sit this one out,” she replied to a tweet from Cruz’s saying he agreed with her call for a hearing.