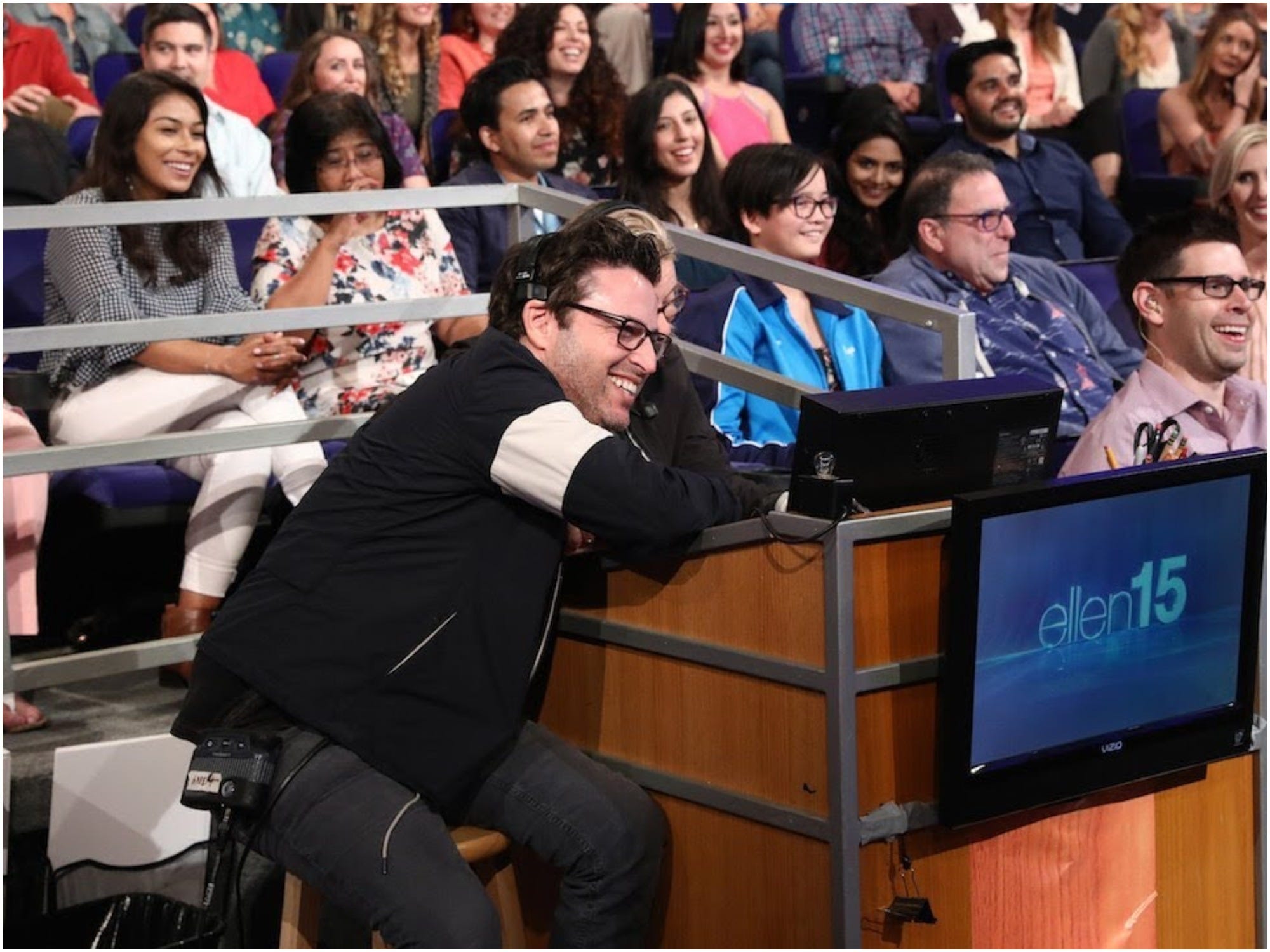 TheEllenShow / YouTubeAndy Lassner has been an executive producer on ‘Ellen’ since 2003.

An executive producer on “The Ellen DeGeneres Show” has spoken out about rumours the show will be cancelled after allegations of sexual misconduct and harassment were aired in an explosive Buzzfeed News investigation.

A fan, called Susan, tweeted Andy Lassner, saying she wished him well if the show goes off the air “due to all these allegations.”

“I hope you are able to find employment quickly,” she said.

Lassner replied, saying: “Nobody is going off the air.”

Nobody is going off the air.
And #GoKingsGo

Lassner has been an executive producer on “Ellen” since 2003. He sent a statement to Entertainment Tonight along with fellow EPs Mary Connelly and Ed Glavin, On July 17.

“Over the course of nearly two decades, 3,000 episodes, and employing over 1000 staff members, we have strived to create an open, safe, and inclusive work environment,” the statement reads. “We are truly heartbroken and sorry to learn that even one person in our production family has had a negative experience. It’s not who we are and not who we strive to be, and not the mission Ellen has set for us.”

It continued, saying “the day to day responsibility of the Ellen show is completely on us.”

DeGeneres also responded to the allegations in a letter to staff, obtained by several news organisations. She said she was “disappointed to learn” that staff were unhappy and felt disrespected.

“As we’ve grown exponentially, I’ve not been able to stay on top of everything and relied on others to do their jobs as they knew I’d want them done,” she wrote. “Clearly some didn’t. That will now change and I’m committed to ensuring this does not happen again.”

The statements follow the news that the show is now the subject of an internal investigation after dozens of current and former employees spoke about a “toxic work culture.”

Sources reportedly told US Weekly that staff are worried about the show’s future.

“Staffers are texting and calling each other freaking out as they fear Ellen [DeGeneres] will quit or that the show will be cancelled,” they said. “The show feels done. It’s going to be very hard to turn this around.”

Why 2020 has been the year of backlash against Ellen DeGeneres

A comedian offered donations in exchange for stories about Ellen DeGeneres being ‘one of the meanest people alive.’ He got 2,000 replies.

A radio host said he was given specific instructions for working with Ellen DeGeneres: ‘You don’t talk to her, you don’t approach her’