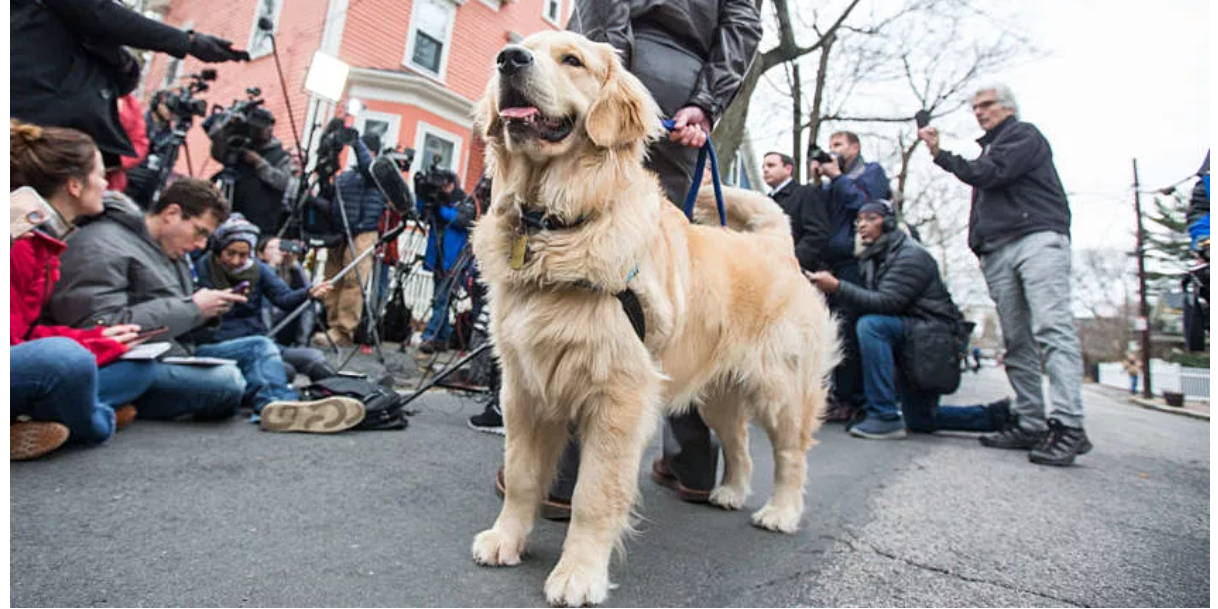 And with that, it seems her dog, Bailey, is officially done being a very good boy.

Bailey was a fixture on Warren’s campaign as the progressive firebrand criss-crossed the country over the last year to make a case for bold, structural change and anticorruption reforms.

As Warren took the stage at jam-packed rallies and spoke to voters at local establishments, Bailey was frequently at her side to greet supporters, take selfies with them, and brighten their day with his cheerful, upbeat demeanour.

Even on Thursday, as Warren prepared to announce she was dropping out of the presidential race, Bailey was spotted observing all the action from a window in Warren’s home.

Now that the Massachusetts senator is officially out of the running, Bailey is also letting loose.

A video posted to Twitter by Gabrielle Farrell, the Warren campaign’s travelling press secretary, shows Bailey swiping a burrito out of someone’s hand, followed by several people frantically trying to get the golden retriever to let go of the burrito.

It’s unclear if Bailey was ultimately successful in stealing the burrito, or who he took it from, since that person’s face isn’t visible in the clip.

But there are several possibilities behind Bailey’s motivation.

BAILEY IS INNOCENT
THAT BURRITO HAD BAILEYS NAME ON IT https://t.co/s4iDNpzgMu

As one Twitter user suggested, he could be the wronged party here.

When the fam no longer has to behave for the sake of the campaign https://t.co/nPkjYg1vlm

Bailey’s been working really hard and deserves, nay, is owed, a break.

Of course, the most likely possibility is that Bailey is just following in his mum’s footsteps to secure his place in the annals of history.

After all, as this Twitter user observed, “Well-behaved dogs seldom make history.”