Elizabeth Holmes is on trial for fraud, but it appears she still has a fan club.

The founder of blood-testing startup Theranos arriived at the federal courthouse in San Jose, California, on Wednesday for the first day of the trial that will determine whether Holmes intentionally lied about the technology and defrauded patients and investors. Her alleged co-conspirator, former boyfriend and ex-Theranos exec Ramesh “Sunny” Balwani, will be tried in a separate fraud trial. Both have pleaded not guilty.

Despite these allegations, the trial drew at least three loyal fans, who arrived dressed at Holmes, according to Dorothy Atkins, a senior reporter at Law 360 who attended day-one and tweeted live updates of the scene outside the courthouse.

“There are three women in front of me in line with blonde hair wearing black business suits,” Atkins tweeted. “When asked why they’re here, one replied ‘we’re fans,’ and they declined to comment further.”

For reference, here’s Holmes in a similar look at the Wall Street Journal’s WSJDLive conference in 2015:

Holmes founded Theranos while she was a student at Stanford University – the company was built on the premise that it could run blood tests to detect medical conditions like cancer or high cholesterol using only a finger pinprick and a small drop of blood. Theranos went on to raise over $US700 ($AU950) million from investors including Oracle founder Larry Ellison and famed venture capitalist Tim Draper.

Holmes’ appearance was an oft-discussed aspect of her tenure as Theranos’ CEO. The startup’s high-profile investors, its massive, $US9 ($AU12) billion valuation, and its rise as a media darling seemed to affect Holmes’ attitude, manner of dressing, and even way of speaking. She counted late Apple CEO Steve Jobs as one of her personal heroes, and she began to adopt his emphasis on extreme secrecy and his penchant for black turtlenecks. Like Jobs, Holmes never took vacations.

Holmes was also known for her uncharacteristically deep voice, which former employees have alleged was part of her carefully crafted image, a way to help her fit in in the male-dominated business world. One former employee said on an ABC podcast called “The Dropout” that Holmes sometimes “fell out of character,” particularly after drinking, and would sometimes speak in a higher voice.

And as writer Amanda Mull pointed out in The Outline, Holmes’ badly applied makeup and messy, dry-looking hair, often shoved haphazardly into a bun, were part of that persona as well: It implied that Holmes was too busy and important to care about her hair and makeup, Mull argued. This cultivated image – and Theranos’ spectacular rise and fall – has led to a public fascination with Holmes and countless Halloween costumes depicting the former CEO.

These days, Holmes seems to have abandoned that look for something softer: When she showed up to court beginning in 2019, she did so in a series of gray suits and more feminine silhouettes, with golden-blonde highlights and tousled curls.

Still, her original look remains her most iconic – so much so that her “fans” are still copying it today. 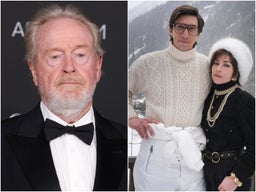