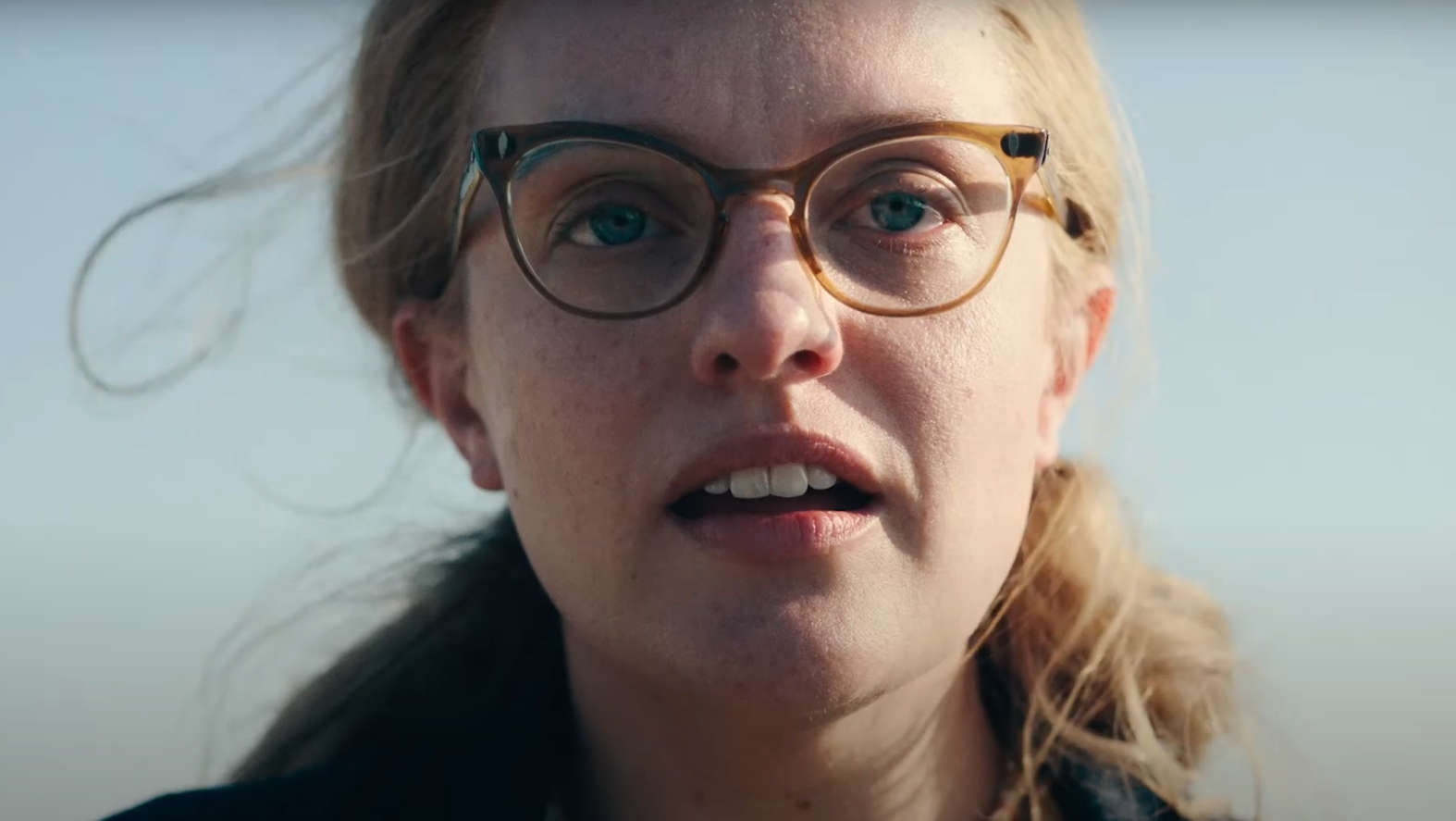 Whether it’s Peggy Olson in “Mad Men,” June Osborne in “The Handmaid’s Tale,” or Cecilia Kass in “The Invisible Man,” Elisabeth Moss loves to play conflicted and, at times, disturbed characters.

Her latest movie is no different.

In “Shirley” (On Demand and in select theatres on Friday by Neon) Moss plays famed “The Haunting of Hill House” author Shirley Jackson. Working alongside the great character actor Michael Stuhlbarg (“Call Me by Your Name”) as her husband Stanley Hyman, Moss gives a captivating performance as the legendary author who hasn’t left her house in months and is constantly bickering with Stanley in front of their house guests (played by Logan Lerman and Odessa Young). But the chaos leads to Shirley writing her masterpiece.

Moss has become one of our most gifted actors thanks to going to the dark side for many of her roles. But what motivates her to go there time and again?

Insider recently had a Zoom chat with Moss to get to the bottom of that question. We also discussed how working with Stuhlbarg made her do something on this movie she rarely is motivated to do: research a character. And she voiced to us her interest in doing a sequel to “The Invisible Man.”

Jason Guerrasio: Shirley Jackson is the latest role where you play someone who is dark and troubled. What is it about these kinds of roles that draw you to them?

Elisabeth Moss: I think for me I’m always attracted to scripts first. I don’t really look at things through the lens of what kind of character I want to play. I think I’m just more attracted to stories that haven’t been told. Stories that I feel I can identify with. Great writing.

But I do think, to answer your question, I love romantic comedies. That’s probably my favourite genre, that’s what I like to watch. But for some reason in my work and acting, I find it much more challenging and interesting to do darker more complicated material. I don’t know why. It’s just more interesting to me. I feel in my life I live in my own romantic comedy. [Laughs.] Well, more comedy than romance. And it’s just not very interesting to me. Why would I do something that is my life? I want to do something that’s different.

Guerrasio: “Shirley” director Josephine Decker has said that this movie is a work of fiction. This isn’t ripped from Jackson’s life but is in more the spirit of it. For you, is that liberating or is that too much freedom when playing a real-life person?

Moss: I’m not very good at research but I was very inspired by Michael Stuhlbarg who is very, very good at research. He kind of set the approach, which I really appreciated. We read a lot of stuff about her and Stanley. We had access to these letters between them that were really incredibly illuminating. I was able to hear her voice by listening to a couple of recordings of her reading her own stories. Michael inspired me to do stuff that I’d never done.

Guerrasio: This is no disrespect to you at all, but Michael is the MVP of any movie he’s in.

Moss: Oh, I completely agree with you. And I’m happy for him to steal any scene right up from under me.

Guerrasio: Well, I was going to bring that up. Another type of actor could see what Michael is doing across from them and say between takes, “Hey, the title of the movie on my script says ‘Shirley’ not ‘Stanley’ so dial it back. 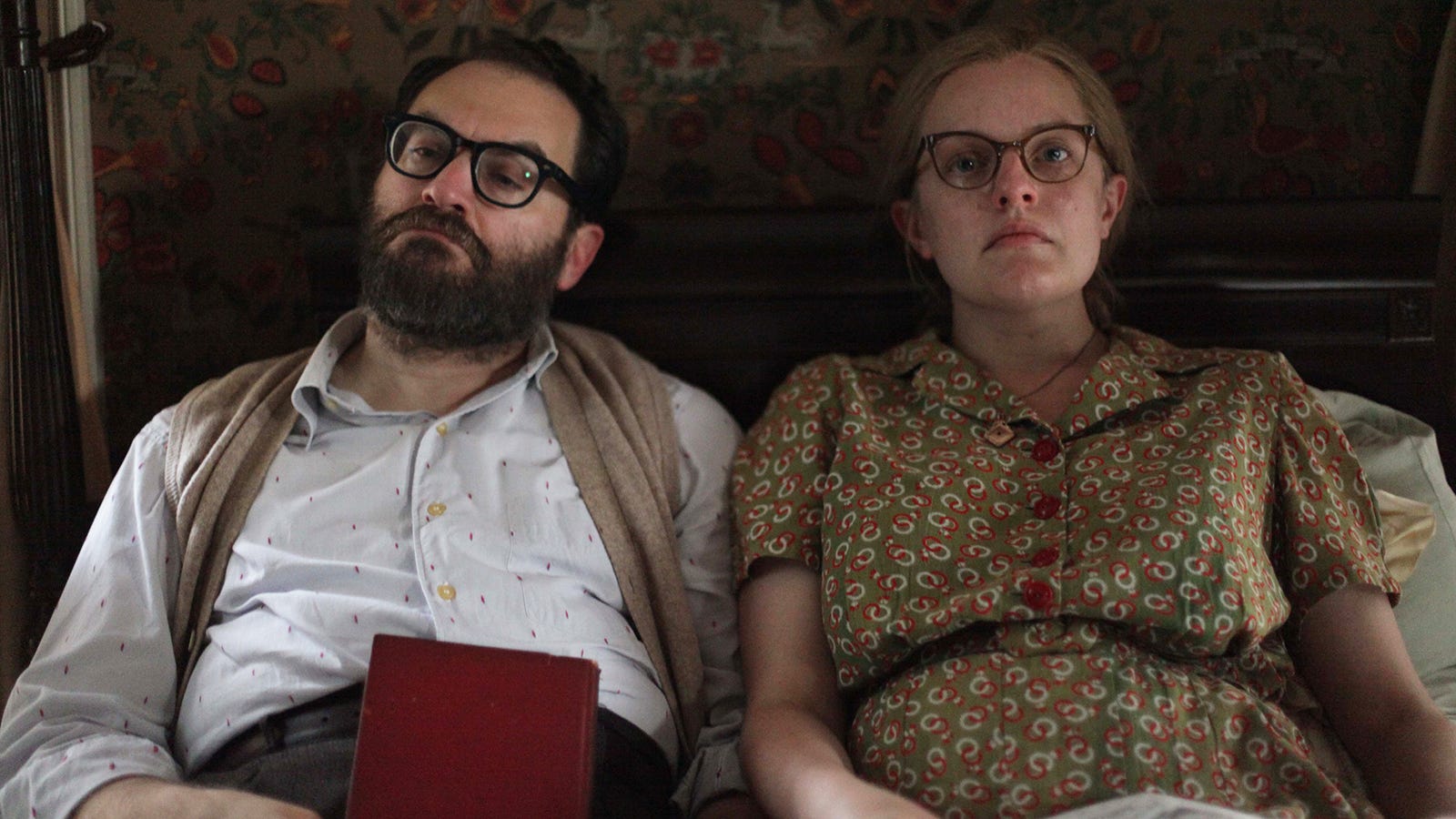 Guerrasio: Now you bring it in this movie. But can it get intimidating at all when clearly someone is just killing it across from you?

Moss: I’m going to be honest, one of my big notes on the movie, because I’m a producer on it too, was we needed more Michael. He lifts me up. You’re only as good as the actors you work with and to work with somebody that I felt was better than me was incredibly inspiring. I really appreciated that. At this point in my career, it’s something I’ve very interested in, to challenge myself. So I had the opposite reaction. We needed more Michael Stuhlbarg in this movie. It’s only going to make me look better and the movie look better.

Guerrasio: So your movies have been with me during my time in quarantine. When it started, “The Invisible Man” had just been released On Demand, and now here we are with another movie of yours. Whenever I see these movies in the future I will think that these got me through quarantine. Has that hit you at all that your work is showing up in this interesting time in people’s lives?

Moss: That’s so funny. I have been aware that “The Invisible Man” was for a lot of people one of the last movies that they saw in theatres or one of the first bigger movies to come out On Demand. But I didn’t think that with “Shirley” coming along here I am again during quarantine. But I don’t know if my work is the best thing to guide people through quarantine.

Moss: You should go watch a comedy. [Laughs.] But I was talking to the president of Neon, Tom Quinn about this: If we can provide some sort of distraction for people who are staying at home, isn’t that the whole point of doing any movie or show? So I’m glad this movie is coming out when it is.

Blumhouse ProductionsElisabeth Moss as Cecilia Kass in ‘The Invisible Man.’

She is ‘100% into continuing’ to tell ‘The Invisible Man’ story

Guerrasio: Do you want to do another “The Invisible Man” movie? Does the Cecilia character still interest you?

Moss: I would be 100% into continuing to tell that story. I think she’s a fantastic character. I think there’s definitely something to do there with her. She’s got the invisibility suit. Spoiler alert. But I think there’s something to do there. [“Invisible Man” director] Leigh [Whannell] and I always have said that like any sequel you don’t want to do it unless people want you to do it. So I think we’re still figuring out if anyone would want that. And then, of course, figuring out what that story would be and doing it well. You don’t want to do a sequel for sequel’s sake. It’s a complicated answer but I would say truly talking as an actor I would love to play her again. I loved working with Leigh and I f—ing love Blumhouse. I had an incredible time working with them.