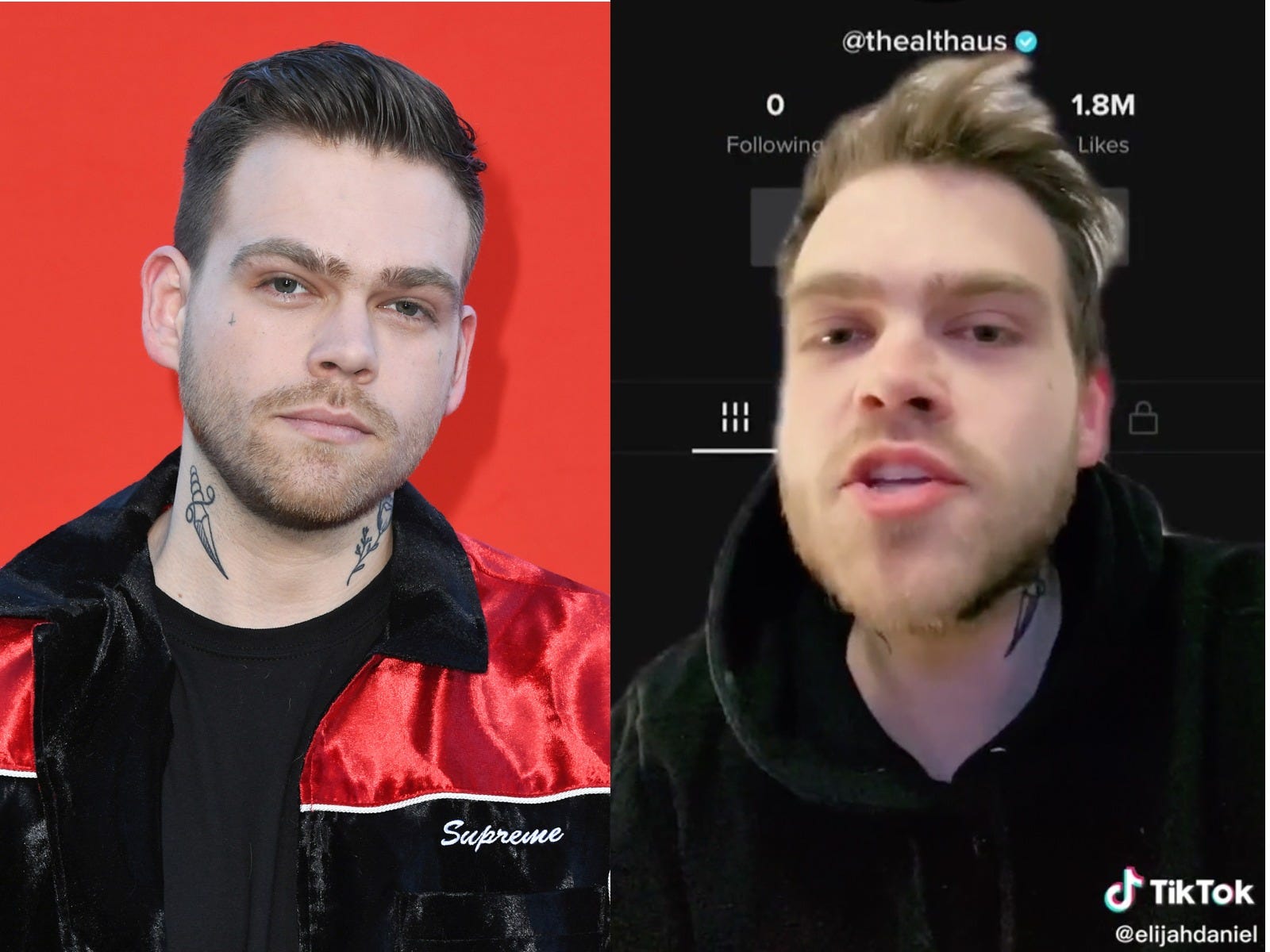 As influencers flock to Los Angeles mansions to cohabitate with fellow social media stars in “collab houses,” one online personality is determined to disrupt the trend. Los Angeles-based creator Elijah Daniel says he’s planning to start this own collab house for “gay and alternative” creatives. On Sunday, the YouTube prankster and vlogger-turned-musician took to TikTok to recruit content creators to join the newest collective – The Alt Haus.

“I’m so sick of seeing all of these straight influencer houses pop up,” Daniel said in the video, gesturing to a tweet by New York Times technology reporter Taylor Lorenz that alerted followers to the formation of Team RAR, another creator house in Los Angeles. “So you know what we’re gonna do? We’re gonna do it. We’re making it. I got an investor to let us create the Alt Haus.”

Daniel then teased a verified TikTok account called @thealthaus, a handle that he appears to have owned previously under the name Carter Parker (an alias he says he used to “infiltrate straight and republican TikTok”).

In just one day, the clip racked up over 500,000 views and thousands of comments from followers suggesting LGBTQA and alternative content creators.

In a follow-up video, Daniel posed a series of interview questions for potential collaborators, encouraging creators to duet the clip with their Alt Haus auditions. Questions included “Do you have any talent?” and “Have you ever kidnapped someone?”

Within hours, over 1,000 creators submitted audition videos, with some coming clean about their lack of talent and others promising to kidnap someone if the job were to require it.

With the deluge of audition tapes came criticism about the aspiring creators’ levels of “alternativeness” – but Daniel says he isn’t entertaining the disapproval in the comments section.

“I see a lot of you guys being rude to creators that are making auditions and telling them they’re not ‘gay enough’ or not ‘alt enough.’ Um, I just wanna say it’s not your job to tell people how gay they are – that’s JK Rowling’s job. BE NICE,” he quipped, referencing the “Harry Potter” author’s recent social media posts condemning transgender activism (a move that received backlash from fans and the LGBTQIA community).

While Daniel has not yet updated followers on the selected creators for the Alt Haus, the collective’s TikTok account has posted one video teasing more content “coming soon.”

Elijah Daniel did not immediately respond to Insider’s request for comment.

LA influencers won’t stop partying, but few are revealing whether they have spread the coronavirus