The LA fire department is buying a $1.2 million electric fire truck for use in Hollywood 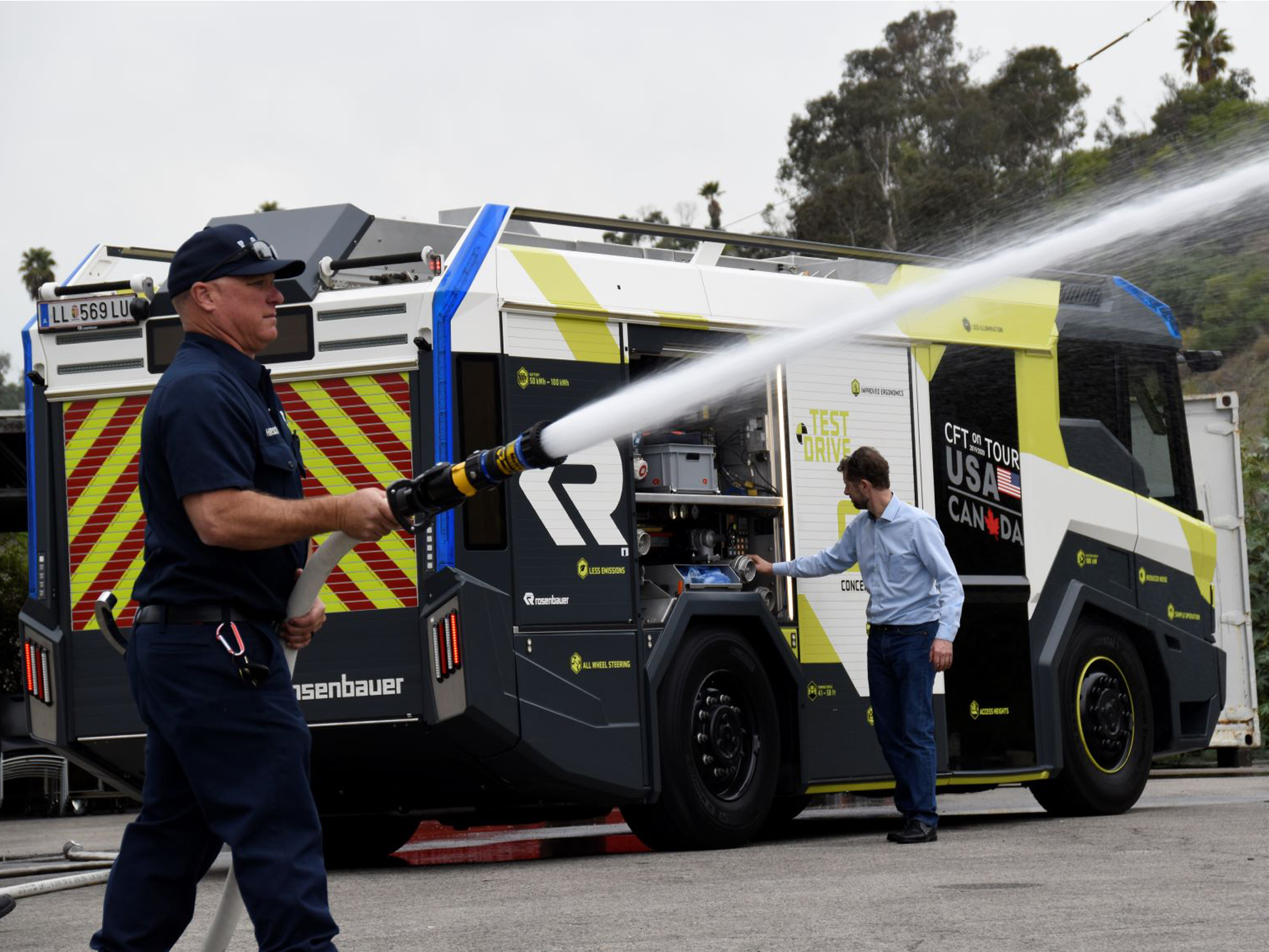 The Los Angeles Fire Department plans to purchase a $US1.2 million electric fire truck to use in Hollywood.

The Concept Fire Truck was created by the Austria-based Rosenbauer Group with the intention of addressing changes in firefighting. The fire truck will cost the LAFD $US1.2 million, which is the same amount as its typical aerial ladder truck, the LAFD spokesman Brian Humphrey told the Los Angeles Times.

The model was also on order for use in Menlo Park, California, but was vetoed by the town board over cost concerns.

The truck is set to be the first of its kind in North America and the third in the world, LAFD Chief Ralph Terrazas said in a YouTube video posted by the department. The Rosenbauer Concept Fire Truck had a demonstration in the city last fall but will now be optimised and customised to fit the needs of the LAFD while still meeting the National Fire Protection Association safety standards.

“We believe it’s a good fit there,” Terrazas said. “We have the brush threat, we have narrow roads, tight roads with all the congestion. The Rosenbauer has a very tight turning radius.”

“I was doing doughnuts in the parking lot at Dodger Stadium,” he said.

The truck’s maker says its design anticipates changes in gender and age for firefighting as well as other variables.

Keep scrolling to learn more about the truck, which you could see on the streets of Hollywood by early 2021.

The Menlo Park Fire Protection District had considered reserving the fire truck at $US1,112,900 after shipping and inspection. 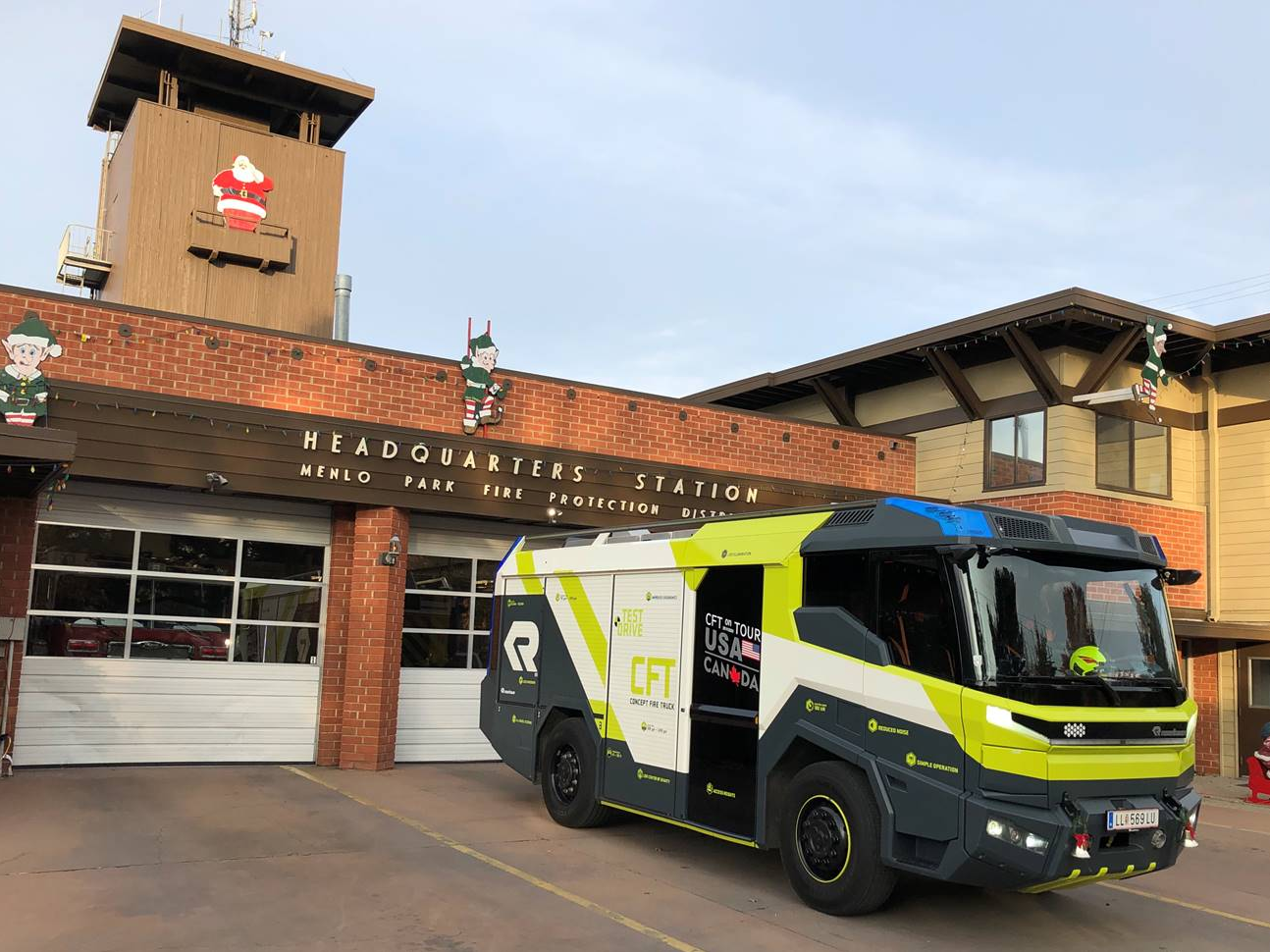 The decision to move forward with purchasing the “Concept Fire Truck” was vetoed in a 3-to-2 vote at a board-of-directors meeting in December, however, citing the truck’s hefty price tag as the main issue, KGO-TV reported.

Rosenbauer says the vehicle has an ergonomic design to adapt to changes in firefighting and an increasingly digitising society. 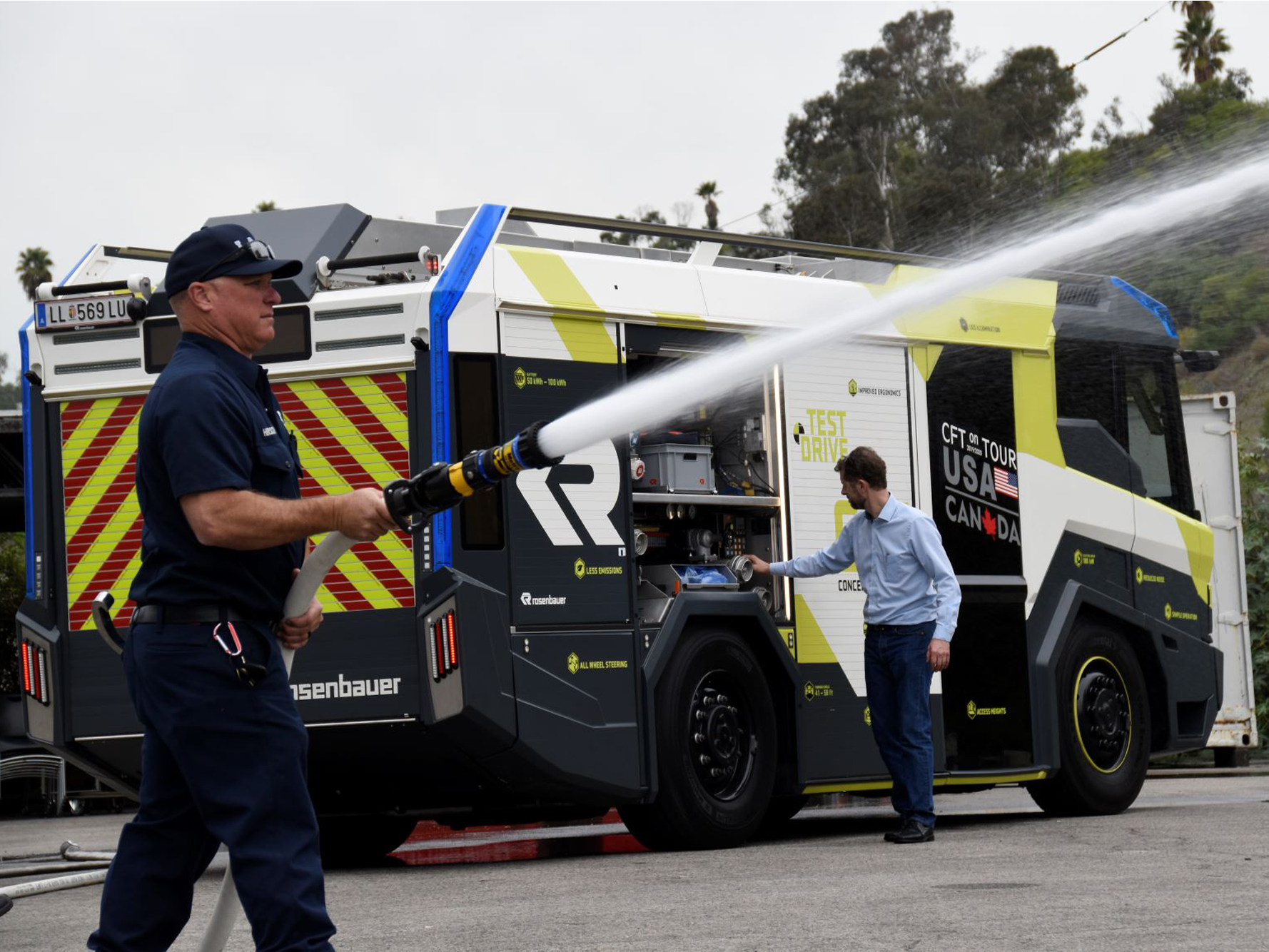 One of the vehicle’s least traditional physical aspects is its colour. Rather than the classic red people associate with fire trucks, it is lime green to make the truck more visible and to “emphasise the special and ecological importance of the Concept Fire Truck,” its maker wrote on its website.

It can also be raised to 350 or 480 millimetres when travelling over rough or flooded terrain.

Furthermore, the driver and commander’s seat can rotate, and the passenger seats can be arranged into conference seating. This is meant to allow better communication during trips and briefings, according to its maker.

The truck comes with a remote-controlled crawler that can hold up to 750 kilograms, or about 1,650 pounds. This can be used to transport items like rescue devices and water pumps. A central display doubles as a control unit and information-delivery system. 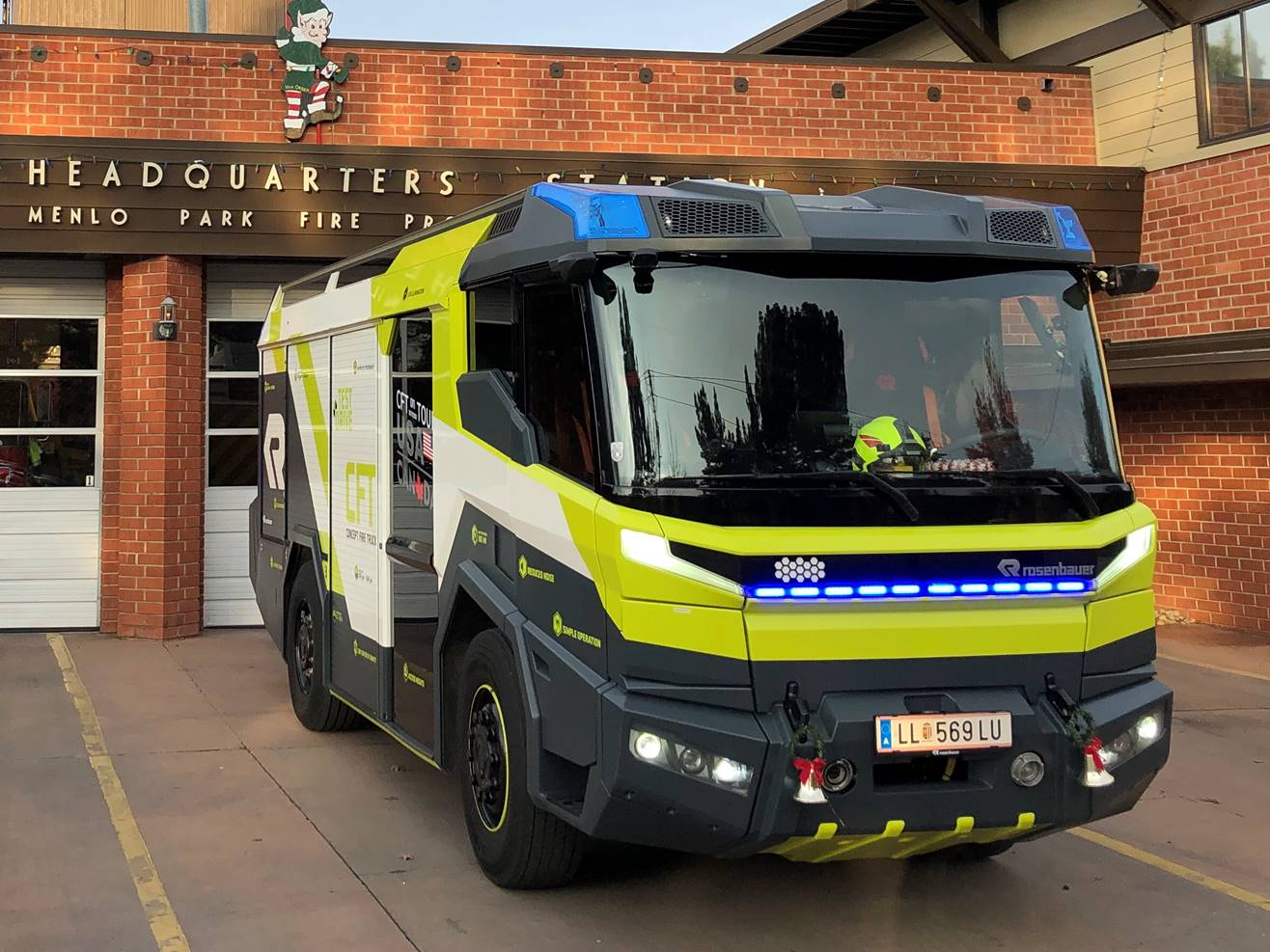 Onboard WiFi and a management system allow the occupants to control the vehicle and drones.

There’s also a coloured LED strip below the windshield that serves multiple purposes, such as a warning light. It also turns into a green-yellow-red changing colour bar to indicate scales such as the load or force on the cable winch.

There is more space in the truck than in a traditional firefighting vehicle, according to its maker. Water and foam tanks of different sizes can be installed to make room for other equipment, and the rear compartment can lift to accommodate “various manipulation systems.”

Its maker also says the vehicle is safer because of its multiple drive features. An electronic mirror system, rearview cameras, a four-by-four driving mode, and surround LED lights are said to allow for 20 times as much light around the truck as the traditional firefighting truck when it’s at the scene.

The driver’s seat is also designed to vibrate when the truck senses danger nearby.

Rosenbauer also says the truck has good driving dynamics with balanced weight distribution and a low centre of gravity. And with front-wheel steering that has a large turning circle, the vehicle can be moved sideways and around cramped areas. The vehicle is 7.6 meters, about 24.9 feet, long and 3.06 meters tall. It also has a width of 2.35 meters, with “narrow” sliding doors, which allows it to operate in denser areas, according to its maker.

The electric truck’s maker advertises it as more “environmentally friendly, manoeuvrable, and safe” than alternatives. The LAFD truck will have two batteries that have 100-kilowatt hours of charge capacity. This should allow it to be used for two hours, though a diesel generator on the engine can also be used to extend its time on the road. To accommodate this new technology, the LAFD also plans to place “rapid-charging technology” in the station.

The truck has two electric motors that can power water pumps for 30 minutes. There’s also a diesel-powered extender along with the generator for longer truck use that is quiet and has lower emissions than a typical truck engine.