The key swing states of Michigan, Pennsylvania, and Wisconsin could take longer to report election results. Here's why. 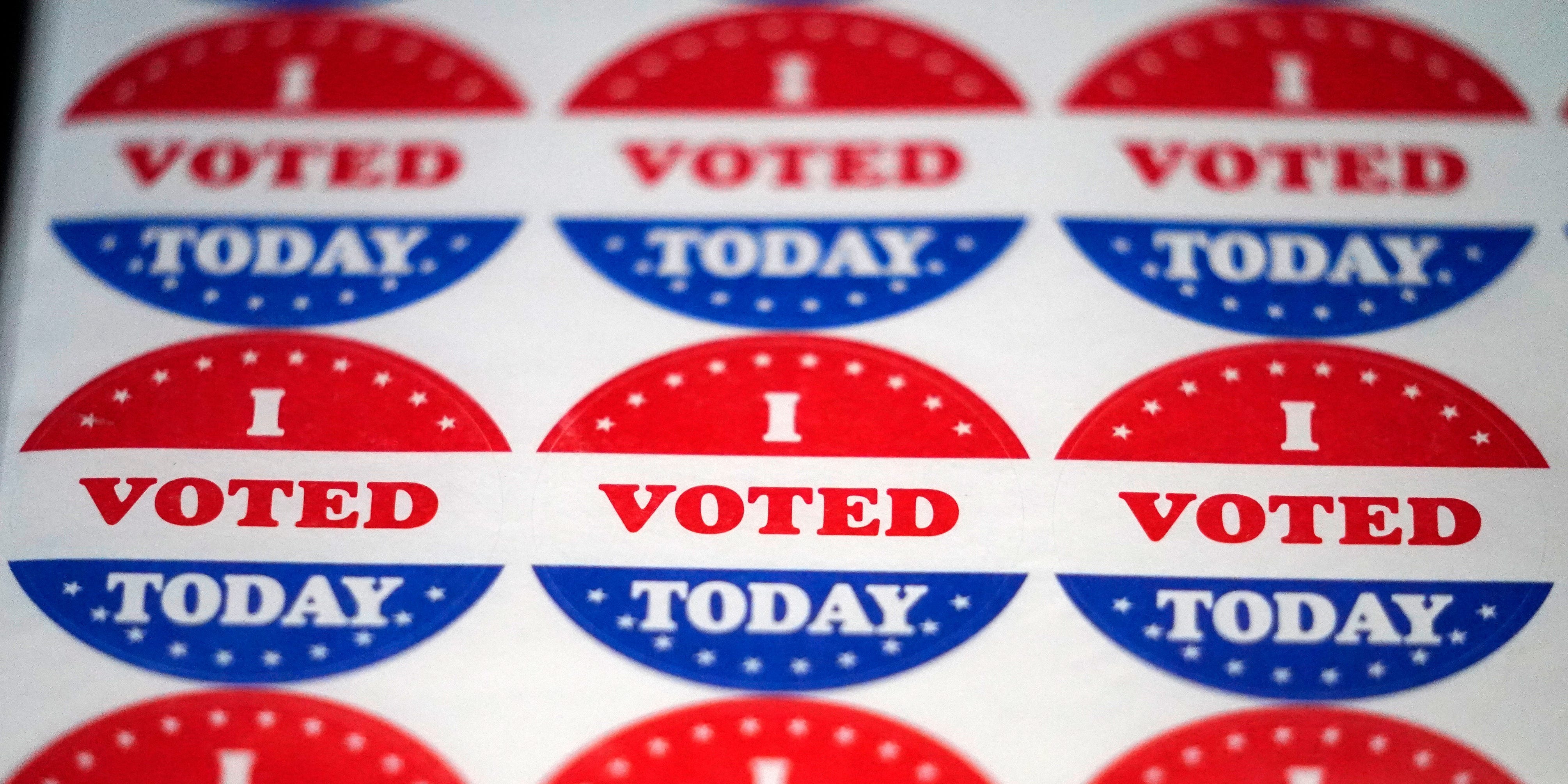 In 2016, Michigan, Wisconsin, and Pennsylvania were important swing states that President Donald Trump narrowly won, handing him the election.

In 2020, all three states, which allow absentee voting without an excuse, are seeing record levels of mail voting in addition to high-stakes litigation over election and voting rules. After the November 3 election, these states are potentially poised to be hotbeds of post-election legal cases and disputes.

That’s due to a combination of courts extending the timelines for when ballots can be received, and those states limiting the ability of election officials to process absentee and mail ballots and prepare them for counting prior to Election Day.

All three states prohibit election officials from processing absentee ballots until the day of the election or, in Michigan’s case, the day before, putting them among just a handful of states who don’t permit pre-canvassing, according to the National Conference of State Legislatures.

They all have Democratic governors but Republican-controlled state legislatures who have clashed over election rules on multiple occasions this year and resisted bipartisan calls to give officials more time to process ballots so they can report results as quickly as possible.

In both Wisconsin and Pennsylvania, officials aren’t allowed to begin processing or counting ballots, a time-consuming process, until the polls open on Election Day. While Pennsylvania’s Republican-controlled state legislature is weighing legislation that would give officials more time to process ballots, Democratic Gov. Tom Wolf says he’ll veto it due to provisions that would limit ballot dropboxes and reduce restrictions on poll watchers.

And while Wisconsin’s senior Republican Senator Ron Johnson has called on Wisconsin’s legislature to allow for pre-canvassing and counting of ballots before Election Day, it has yet to do so.

“A key reason to permit counties to conduct pre-canvassing is so that the county does not have its attention divided on Election Day,” Forrest Lehman, the Director of Elections in Pennsylvania’s Lycoming County, told reporters in an early September press briefing. “Every county is responsible for an in-person voting operation where I think we can all reasonably expect pretty high turnout â€” any county would prefer that we not try to conduct canvassing of mail ballots at the same time.”

The Michigan state legislature recently passed legislation allowing counties with more than 25,000 residents to pre-process mail ballots and get them ready for counting for ten hours on November 2.

Matt Weil, the Director of the Elections Project at the Bipartisan Policy Centre, told Insider that Michigan’s new law is a step in the right direction, but still falls far short of the Centre’s recommendation of giving officials seven days for pre-processing. A group of five Michigan Republican county clerks agreed, telling state legislators in an open letter that one additional day is “not enough.”

The three states stand in contrast to the Republican-controlled swing states of Georgia and Iowa, which have moved to give clerks more time before Election Day to pre-process ballots, and states like Arizona, Ohio, North Carolina, and Florida, which did so before the pandemic and include mail ballots in the vote totals released on election night.

Experts emphasised to Insider that votes taking a little longer to count does not mean that the process is broken, but rather that officials are taking the necessary steps for a fair and accurate count.

“It’s more important to ensure that every vote counts than knowing the results on election night,” Karen Hobert Flynn, the president of Common Cause, told Insider. “We do expect that part of [Trump]’s playbook is to question the integrity of mail-in voting, which we know can be done safely…we need to be giving time for those votes to be counted.”

In Wisconsin, Milwaukee Elections Commission executive director Claire Woodall-Vogg told reporters shortly after the state’s August 4 congressional primaries that counting ballots, starting at 7 a.m. on Election Day, is her office’s “biggest challenge.” Because each ballot must be assigned to a specific voter number, officials can’t automate the process by using extractors, but she said her office has purchased envelope openers to speed up counting.

“A delay in election results is in no way associated with the integrity of those results,” she said, adding that in August, “it took until 2:30 a.m. to count just under 51,000 ballots. We are going to be getting more machines and hiring more staff members to help process those ballots, but I expect it will be Wednesday morning until we have results again.” 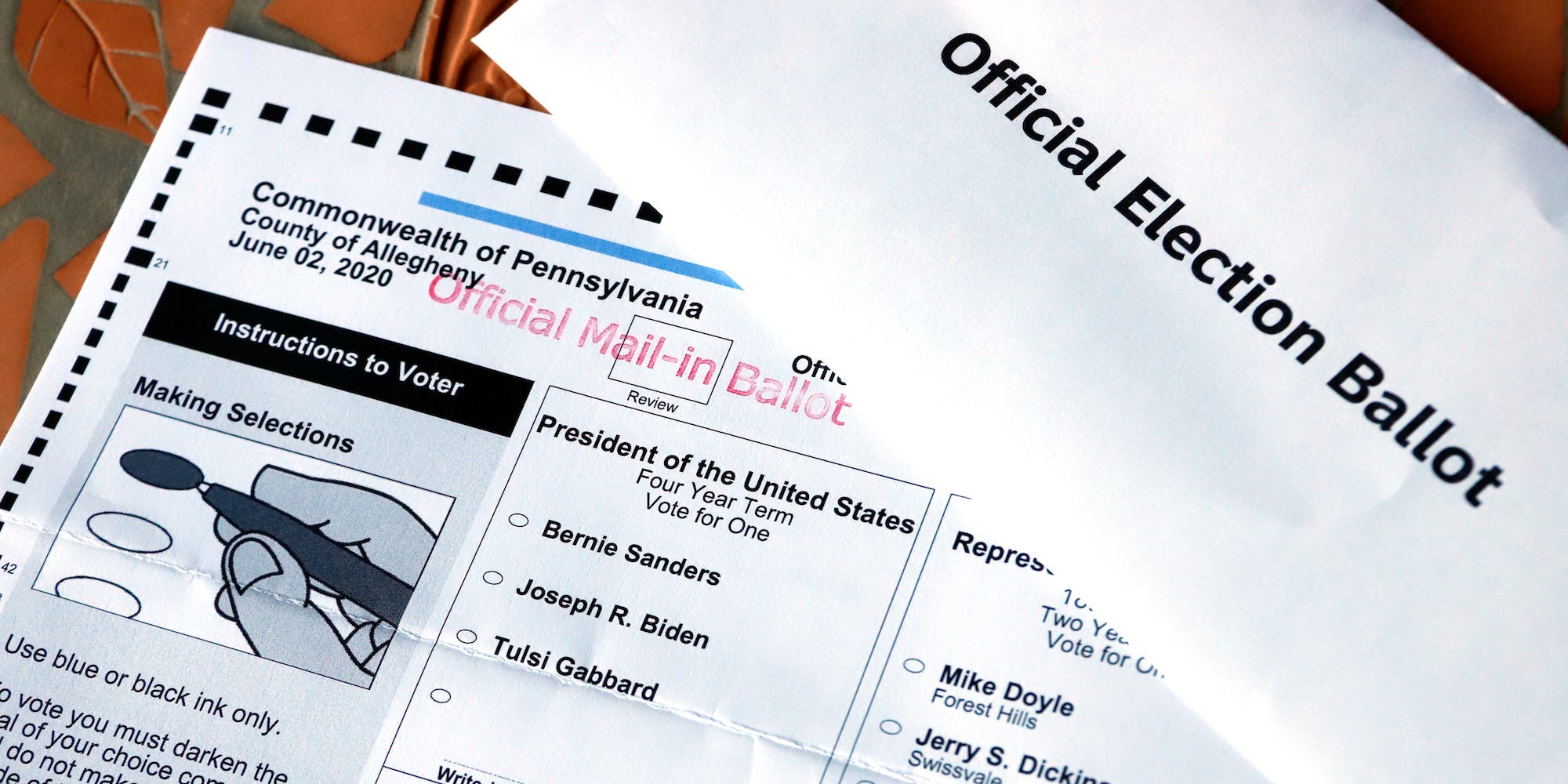 Before the pandemic, all three states required absentee ballots to arrive by Election Day, rules that sparked litigation by groups seeking more time for voters to return ballots.

The recent legal decisions, if they withstand ongoing appeals in the courts, could prevent thousands of voters’ ballots from being rejected for late arrival, a top reason mail ballots have been disqualified in primaries so far this year. But by extending deadlines, those decisions could also potentially draw out the counting and reporting of results even longer.

Because of the decentralized nature of elections, when each state will report enough results for the race to be called will depend on the processing and counting procedures in each county or town, how many ballots arrive after Election Day, and, if the race is close, the number of votes that are challenged.

Another factor that could draw out vote counting is a potential rise in provisional ballots. Election officials issue provisional ballots to in-person voters whose registration or eligibility cannot be immediately verified, including, in states like Pennsylvania, to voters who have requested but not returned their mail ballots.

Lehman told Insider that his county saw a significant increase in provisional ballots issued in the state’s June primary to voters who requested a mail ballot but ended up voting in-person for fear that their vote may not count.

Still, voting advocates experts told Insider that they’re encouraged by the steps officials have taken since the primaries to adapt to voting in the COVID-19 pandemic.

“Our counties have really learned their lessons, especially in counties like Philadelphia where we know they took much too long to process ballots,” Suzanne Almeida, the interim Executive Director of Common Cause Pennsylvania told Insider. “They have made structural changes to the way that they are working, including hiring new staff, investing in technology, and in some counties, renting bigger spaces” to count ballots.