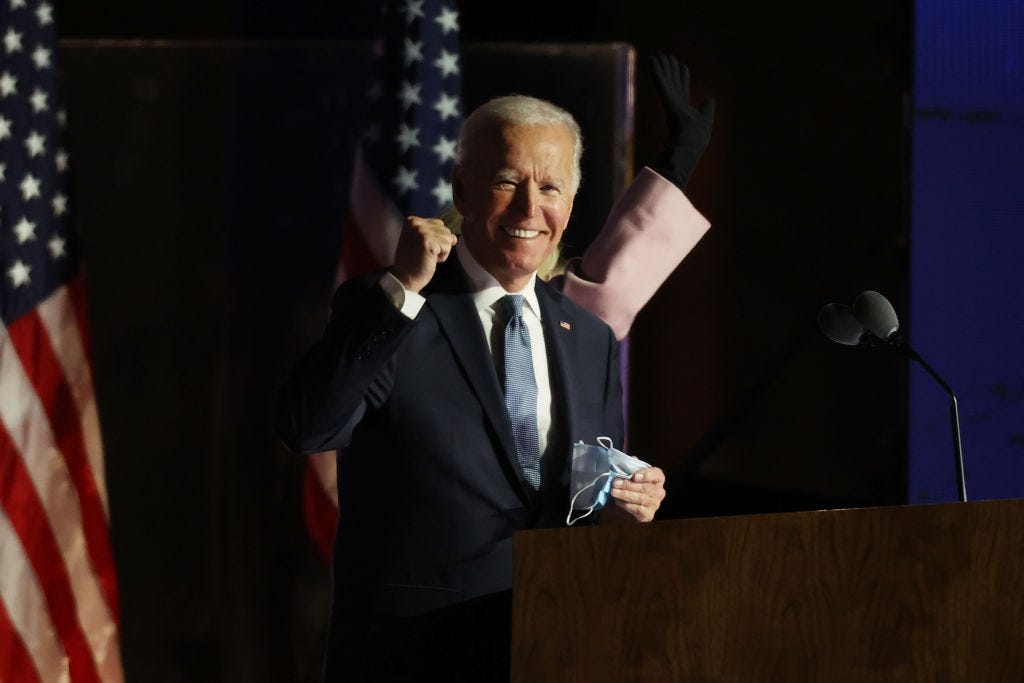 Tasos Katopodis/Getty ImagesJoe Biden spoke at a drive-in election-night event at the Chase Centre, in the early-morning hours of November 4, in Wilmington, Delaware.

Former Vice President Joe Biden on Wednesday broke the record for the most votes won by any presidential nominee in US history.

Biden’s tally marks half the votes counted in the race so far, ahead of Trump’s 48%. The numbers are expected only to grow as ballots are still being counted in critical states â€” including Michigan and Arizona.

The results of the presidential election remain unknown because neither candidate has reached the 270 electoral votes needed for a victory.

Pollsters predicted that Biden would secure more votes than Trump. The Democratic nominee is on track to win the popular vote since he already leads the president by about 3 million votes.

This could be the second time Trump loses the popular vote. The first was when former Secretary of State Hillary Clinton overtook him by nearly 3 million votes.