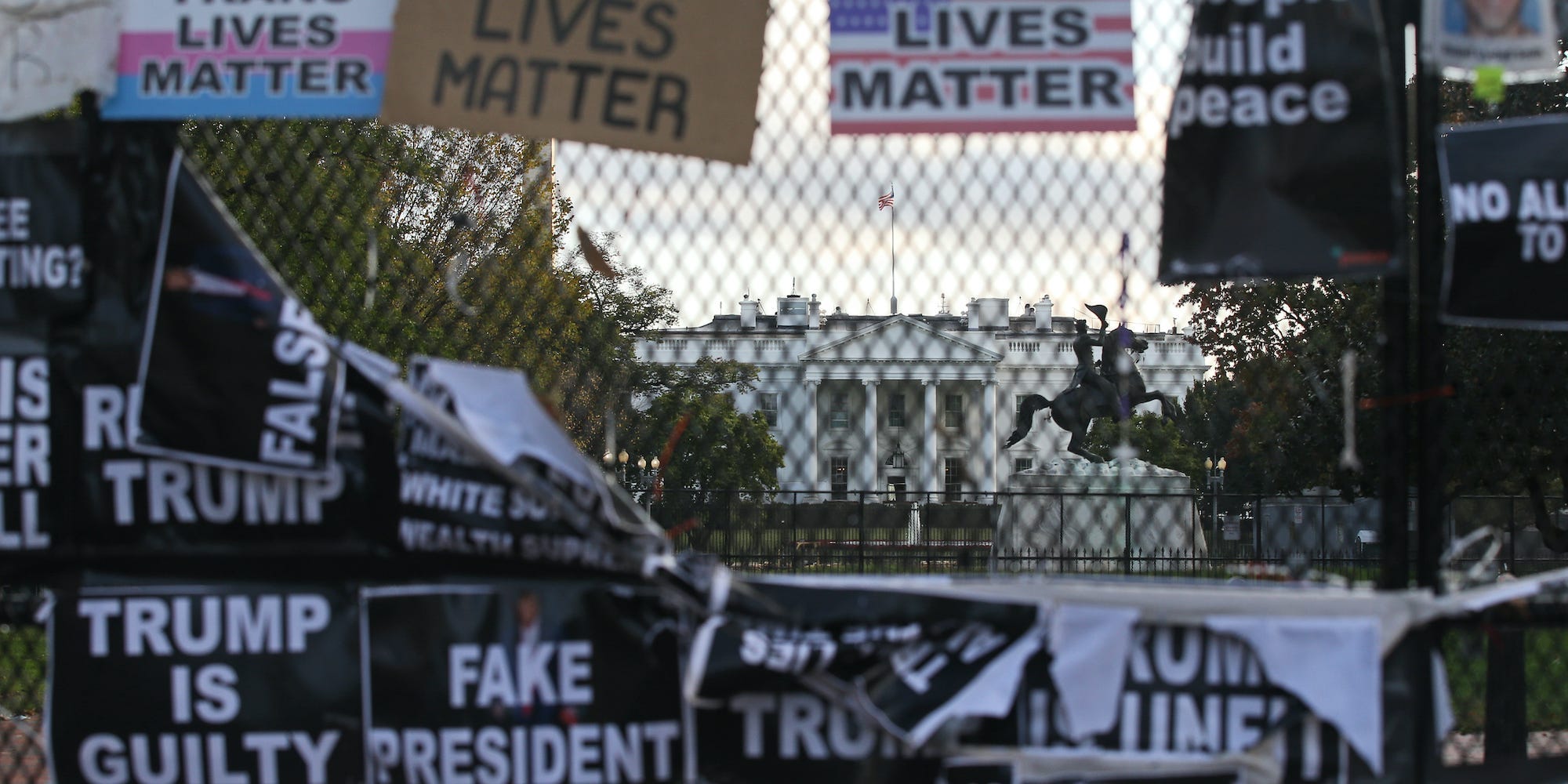 Yegor AleyevTASS via Getty ImagesBlack Lives Matter signs hang on a fence near the White House on November 1, 2020.

Federal agents are planning to erect a fence around the White House on Monday, the day before Election Day, according to NBC News reporter Geoff Bennett and CNN.

Lafayette Square and the Ellipse are the parks to the immediate north and south of the White House. The three spaces take up more than 70 acres in total. 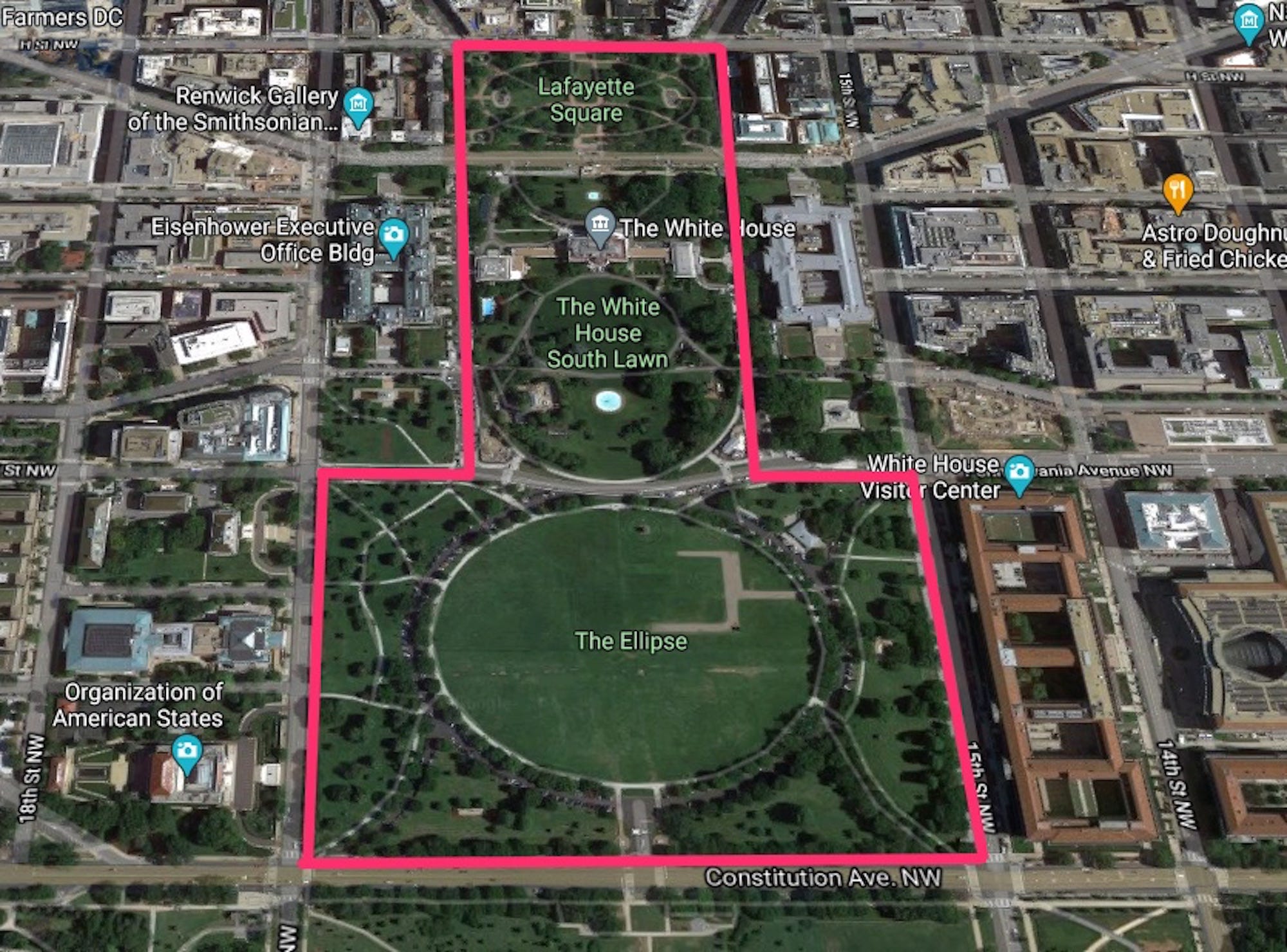 Bennett also reported that 250 National Guardsmen have been put on standby in Washington, DC, and would be reporting to the city’s Metropolitan Police Department.

Senior Master Sgt. Craig Clapper, a spokesman for the District of Columbia National Guard, told Business Insider in a statement that as of Monday “the DC National Guard is not on standby.”

“We stand ready should a request for our support receive approval,” Clapper said.

That statement appeared to contradict what Clapper told Stars and Stripes last week. On October 30, he told the outlet that some National Guard troops have been placed on standby in Washington, DC, because of the election, but that the mission and number of troops would be determined once the Guard receives an official request.

When reached for comment Monday, representatives for both the White House and the Metropolitan Police Department of the District of Columbia referred Business Insider to the Secret Service for comment.

A spokesperson for the Secret Service said that “as a matter of practice” the agency “does not comment on the means and methods used to carry out our protective operations.”

Election Day on Tuesday looks to be more charged than usual, with far-right groups threatening to come out to the polls armed, and law-enforcement agencies in several cities planning for unrest and possible clashes in the street. 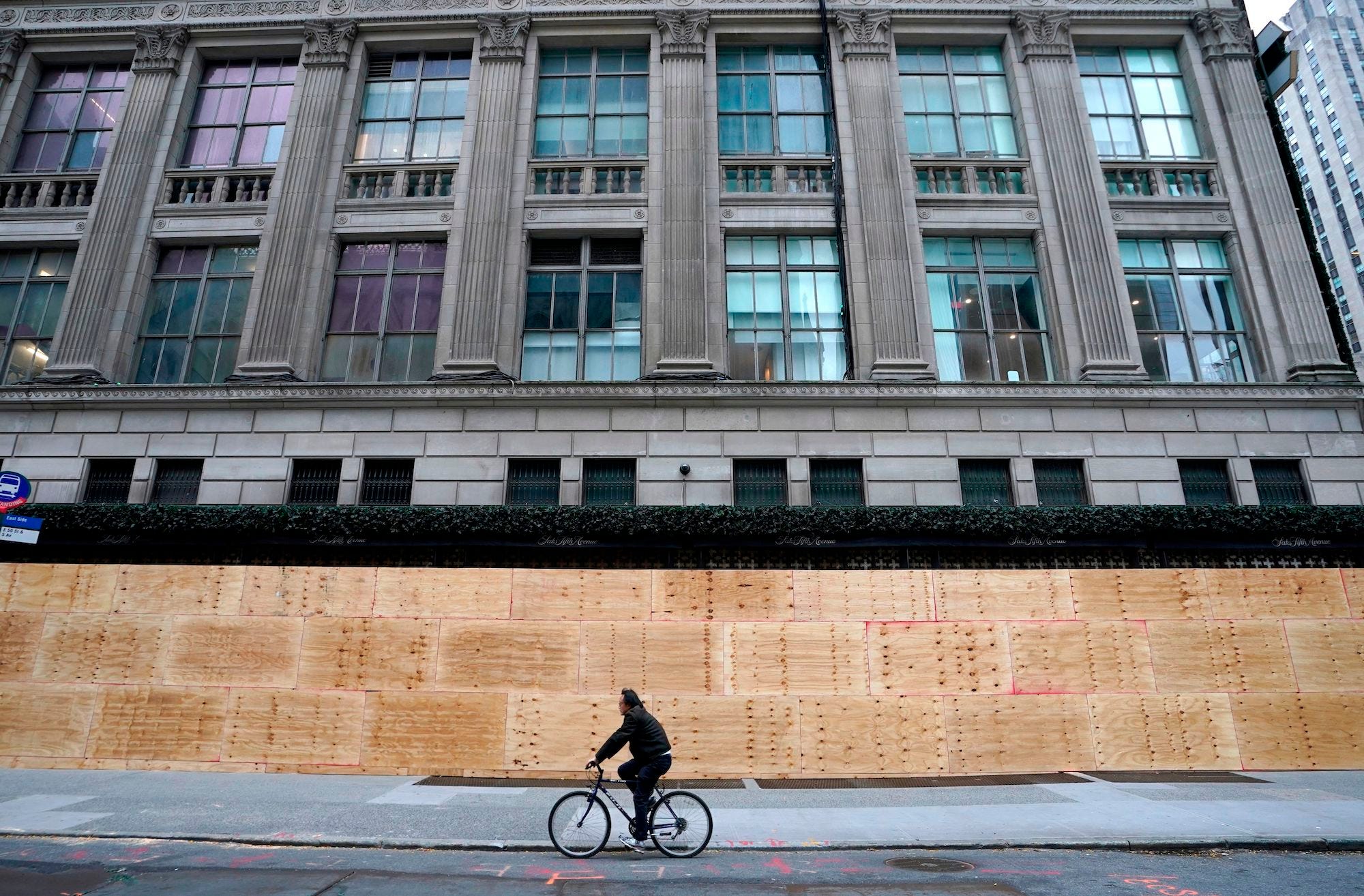 Timothy A. Clary/AFP via Getty ImagesA man in New York City bikes past boarded up shop windows at Saks Fifth Avenue on November 1, 2020.

Stores in major cities like New York and Washington, DC, have also been boarding up their windows in anticipation of possible Election Day violence.

President Donald Trump was criticised after failing, in his first presidential debate with Democratic opponent Joe Biden, to condemn far-right groups like the Proud Boys and telling them instead to “stand back and stand by.” Trump later claimed he was not familiar with the group.

Already there have been flare-ups between Republicans and Democrats across the country. In Topeka, Kansas, on Saturday, police said a man shot three people whom he believed stole Trump signs from his lawn, according to The Topeka Capital-Journal.

Trump supporters took part in caravans across the country over the weekend, even shutting down traffic over the Mario Cuomo bridge in New York State.

The election has been amplified by the coronavirus pandemic, leading many to cast their votes early this year in record numbers.

And since many states won’t start opening absentee or mail-in ballots until Election Day, it’s likely that it could take multiple days to learn the winner, putting the country even more on edge while waiting for a result.

“While Americans have grown used to a certain level of rancor in these quadrennial campaigns, they have not in living memory faced the realistic prospect that the incumbent may reject the outcome or that armed violence may result,” the group wrote.