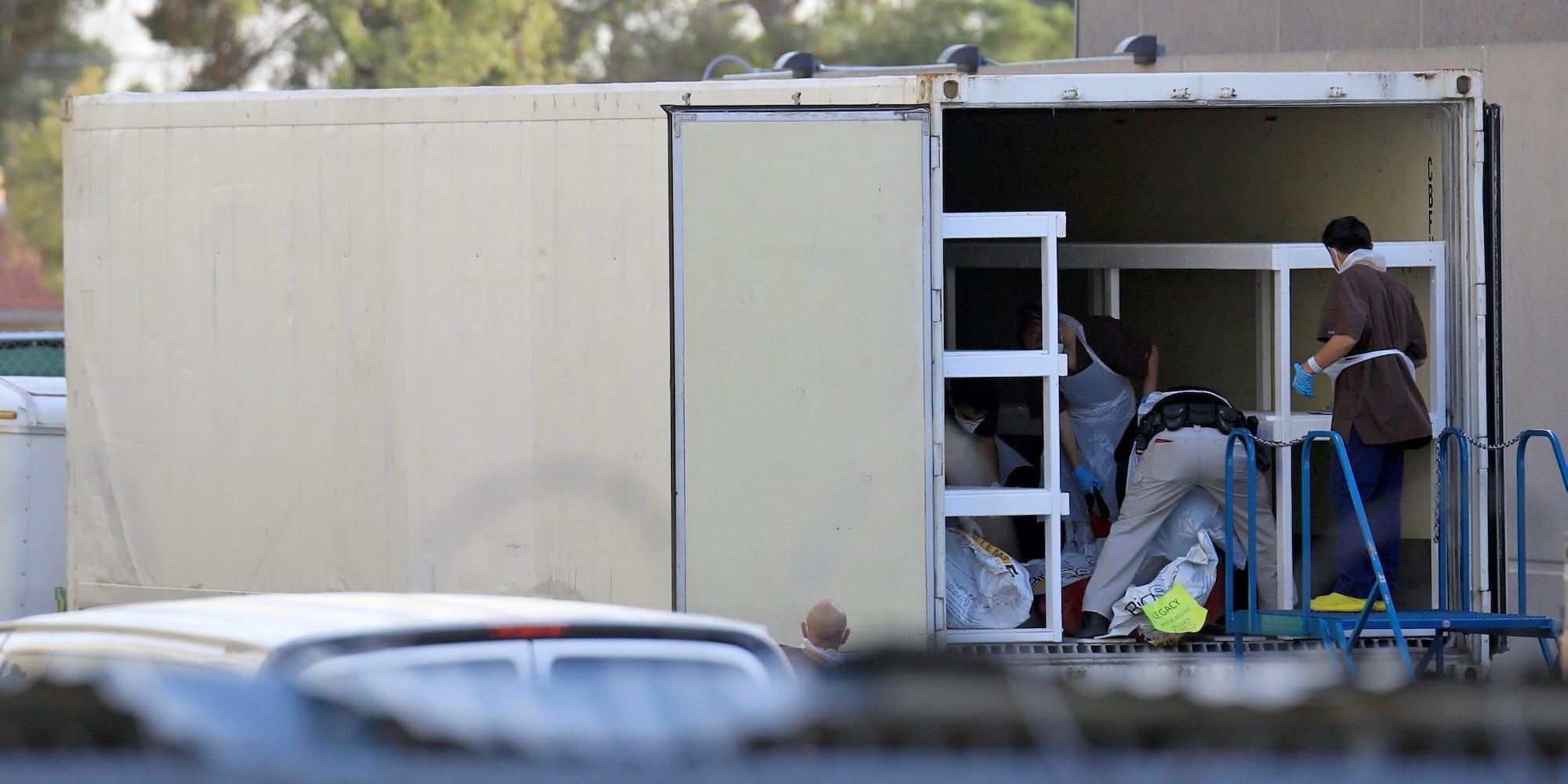 Jorge Salgado/ReutersMedical workers in one of three refrigerated trailers at the rear of the El Paso County Office of the Medical Examiner in Texas on Monday.

The Texas county of El Paso has more than doubled its supply of mobile morgues as it struggles to process a backlog of dozens of bodies of victims of the state’s new coronavirus surge.

As of Wednesday, El Paso County had more than 28,000 active coronavirus cases, making it the second-most-infected county in the state, according to the Texas Department of State Health Services. Harris County, where Houston is located, has the most active coronavirus infections, the agency said.

Coronavirus patients are dying at such a rate in El Paso that medical examiners haven’t been able to keep up with the workload, the local news station KFOX reported. 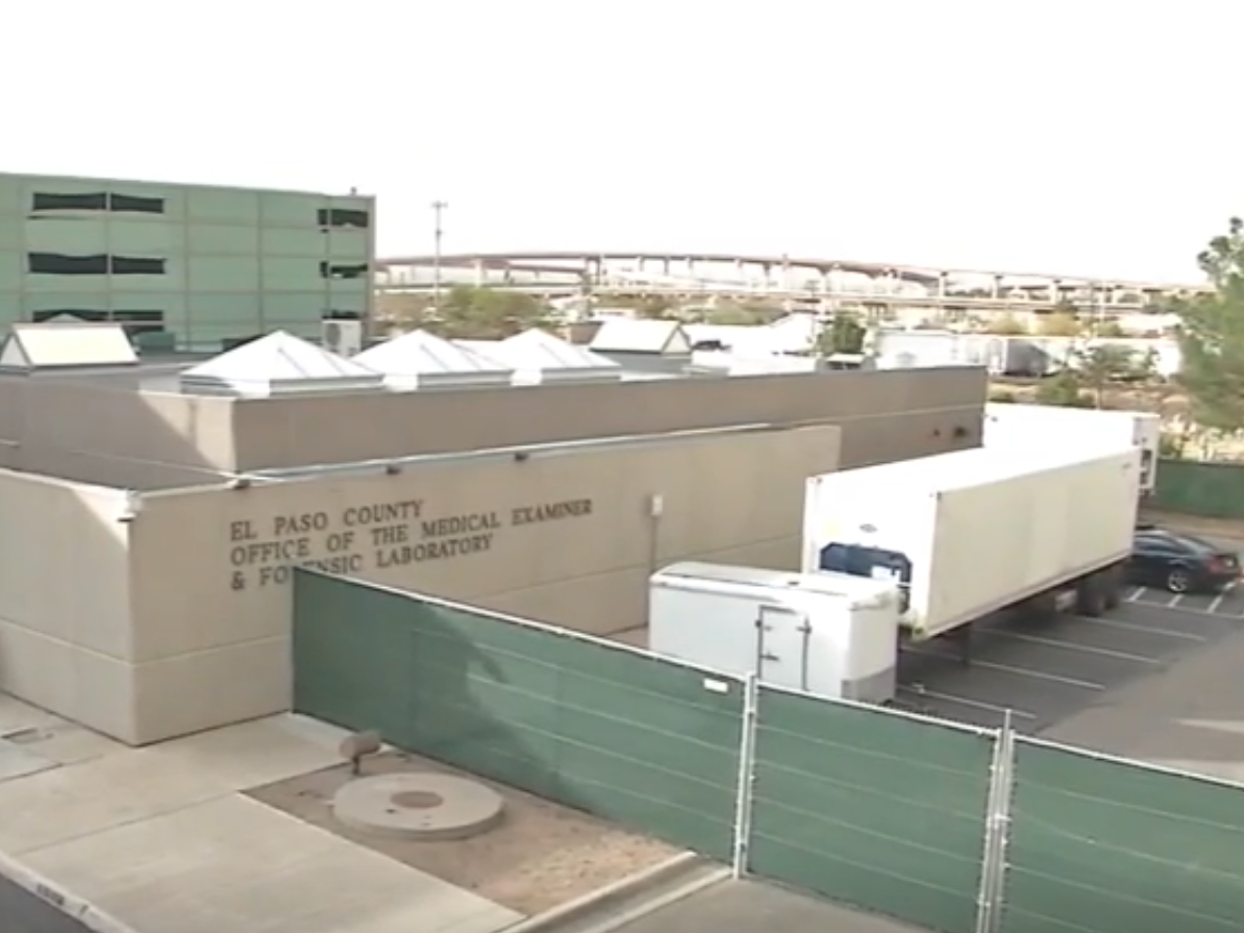 KFOXA mobile morgue set up outside the El Paso County Office of the Medical Examiner, in undated footage from KFOX.

According to KFOX, the county set up its third and fourth mobile morgue units a little more than a week ago when it was dealing with a backlog of 85 bodies.

Since then, it has received 93 more bodies, prompting county officials to more than double their mobile morgue units to a total of 10, KFOX reported. Mobile morgues are typically refrigerated trucks or trailers that are cool enough to store bodies.

The top county official, County Judge Ricardo Samaniego, ordered a two-week lockdown on October 29, when hospitalizations were already over 100% capacity, according to KFOX.

But hospitalizations and intensive-care-unit admissions have continued increasing even since then.

BREAKING: Judge Ricardo Samaniego says El Paso will have to move to 10 mobile morgues as COVID-19 deaths continue to spike.

The lockdown is due to expire Wednesday, but Samaniego told KFOX on Monday that he was likely to extend the order.

“The hospitals are still not manageable. We’re having an inability to manage fatalities,” he said. “It leaves me no choice but to lean towards an extension of the order.” 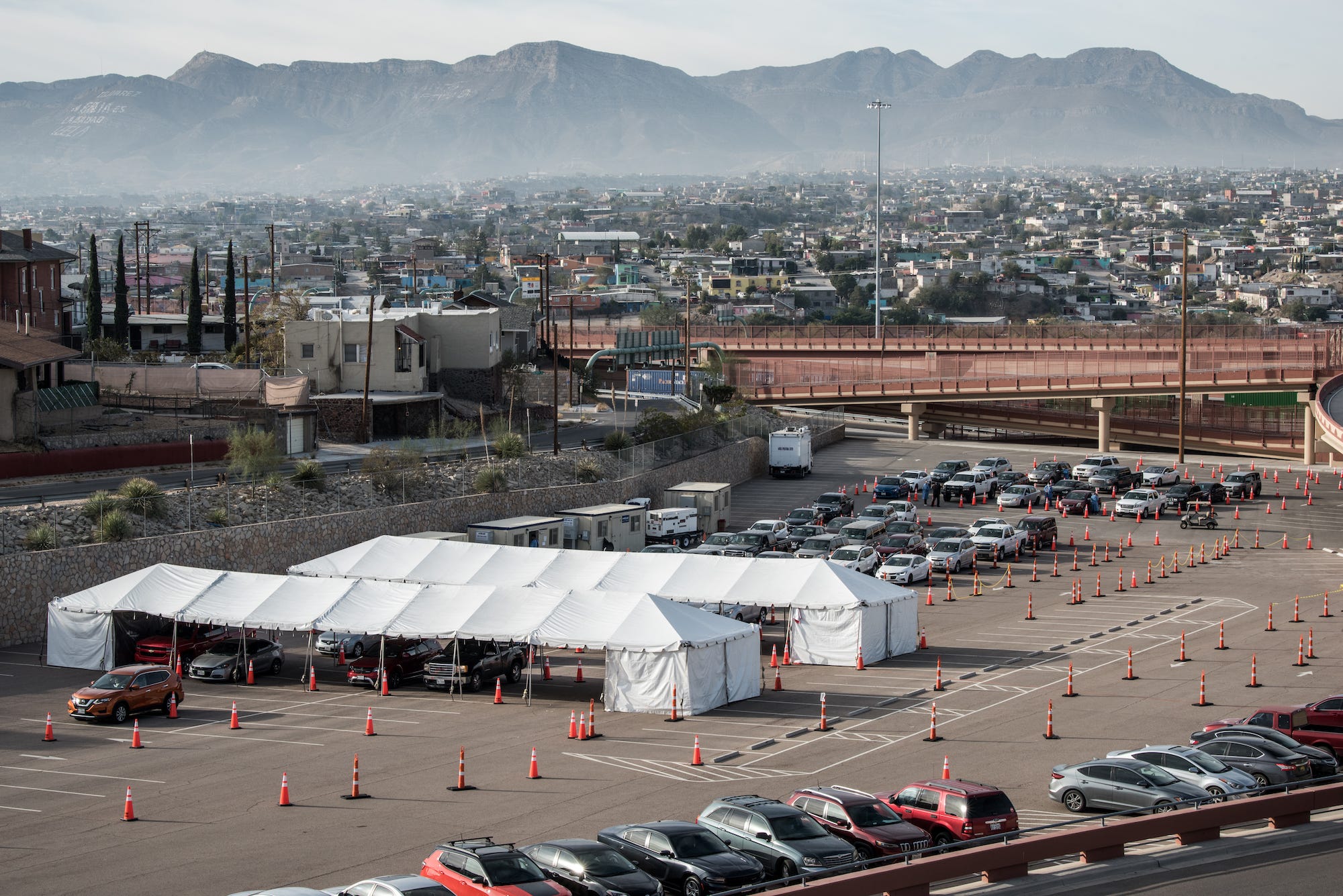 Cengiz Yar/Getty ImagesDozens of cars in line at a drive-thru COVID-19 testing site in El Paso, Texas, on October 31.

The lockdown has faced backlash from both the city’s mayor and the state attorney general, who filed a temporary injunction to stop what they called an “unlawful lockdown order.”

The 8th Circuit Court of Appeals has yet to respond, however, and the shutdown was allowed to go on in the meantime.

One nurse explained how precarious the situation was in an interview with KFOX.

Nick Rose was one of the healthcare workers who went to New York City in the spring, when it was the US epicentre of the outbreak. But he said what he’s facing now in El Paso was “rougher” than that.