This Swedish startup created an electric, autonomous freight vehicle that it says will hit roads next year 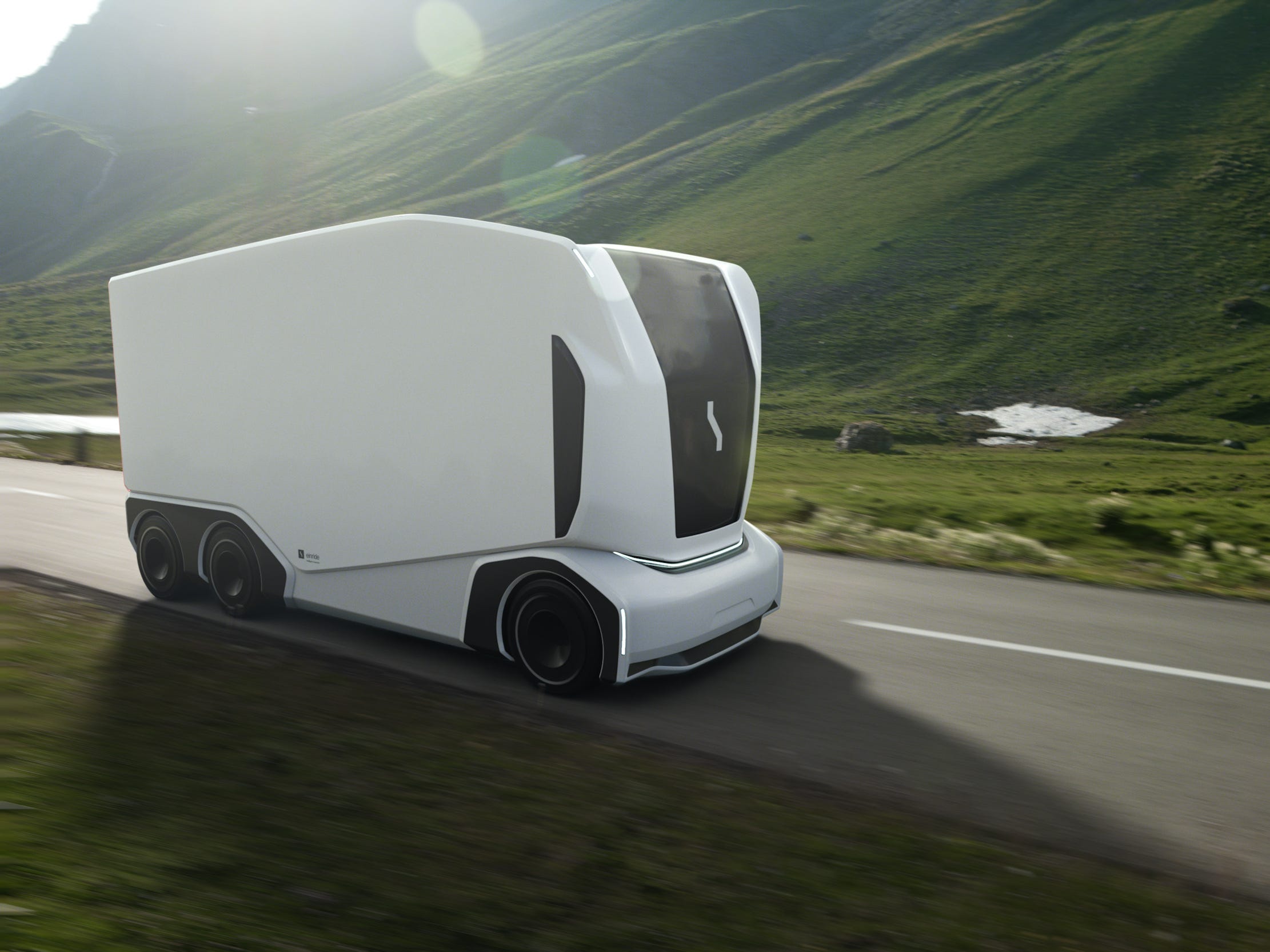 There are, of course, other automakers and startups venturing into the autonomous cargo delivery segment. However, according to Einride’s CEO and founder Robert Falck, unlike other companies, Einride’s Pods are “customer and use-tailored.”

“What sets us apart is our full-scale approach to sustainable autonomous freight development that’s based on the needs of our customers, allowing us to tailor these solutions for real-world use,” Falck wrote to Business Insider in an email interview. “We believe the strongest business case is to remove the driver from the vehicle to operate it remotely, and operate only with electric drivetrains to improve sustainability and reduce costs.”


Read more:
Tesla has released ‘full self-driving’ in beta â€” here’s how experts rank it, Waymo and 16 other power players in the world of self-driving cars

And unlike other makers, the Sweden-based company’s Pod is the world’s first electric autonomous transport vehicle to be driven on public roads, according to its maker.

According to Einride, the Pod lineup and the company’s “Freight Mobility Platform” offers several benefits, such as a slash in emissions and operational costs, and an increase in safety. The use of Einride’s Pod and platform â€” which will be available in US â€” also provides a 200% productivity boost compared to the diesel vehicles that companies use today, according to Einride.

Reservations are now open for the autonomous electric transport (AET) vehicles, which can be be mass produced and “commercialized.”

According to Einride, the exterior design and its rounded edges make the vehicle aerodynamic without decreasing its interior storage capacity. 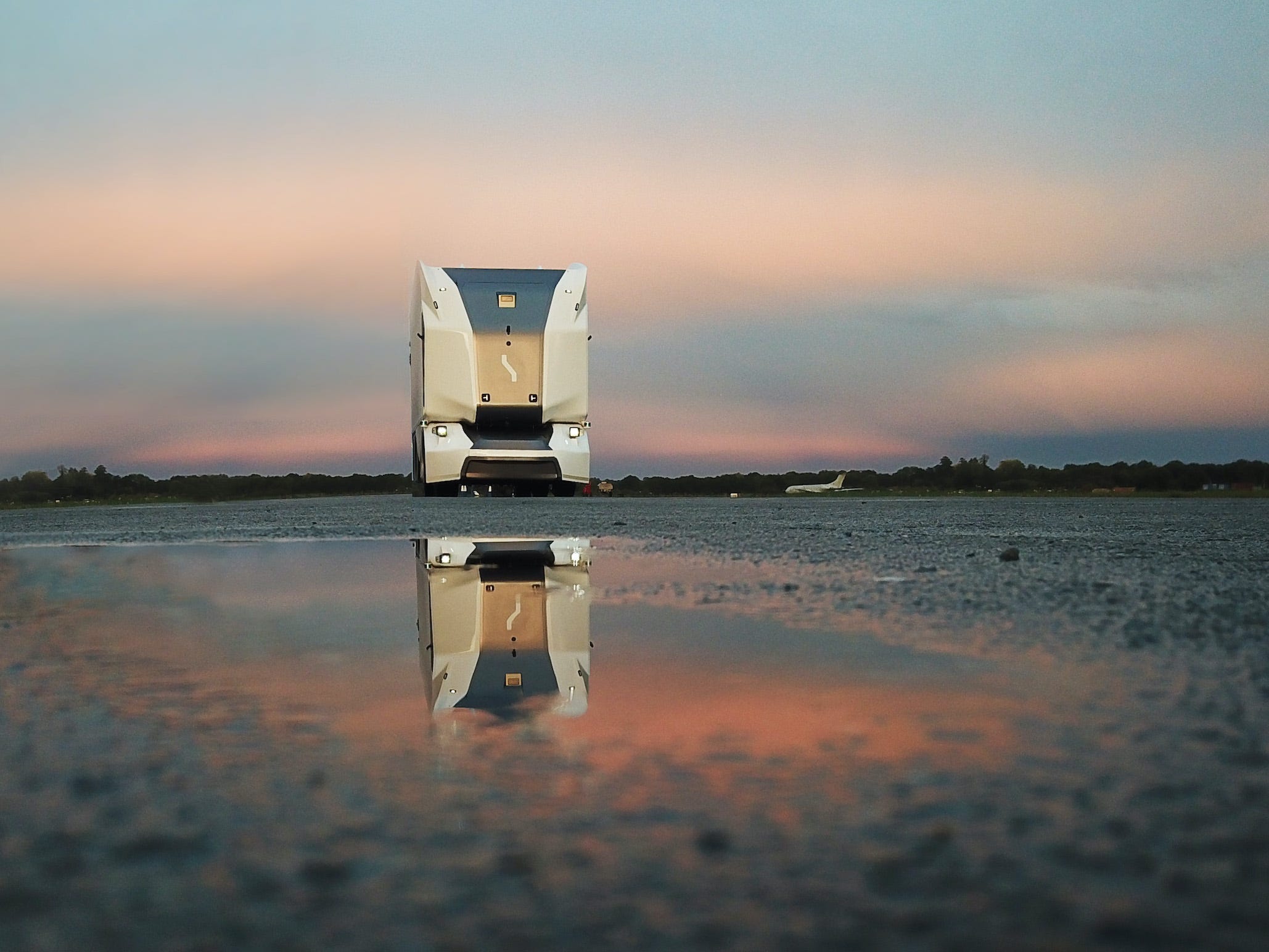 “We designed the Pod from the ground up to present the best possible business case for road freight utilising autonomous and electric technology,” Falck told Business Insider in the email interview. “If we’re going to make transport both sustainable and cost-competitive, AET solutions like the Pod are the only way forward.” 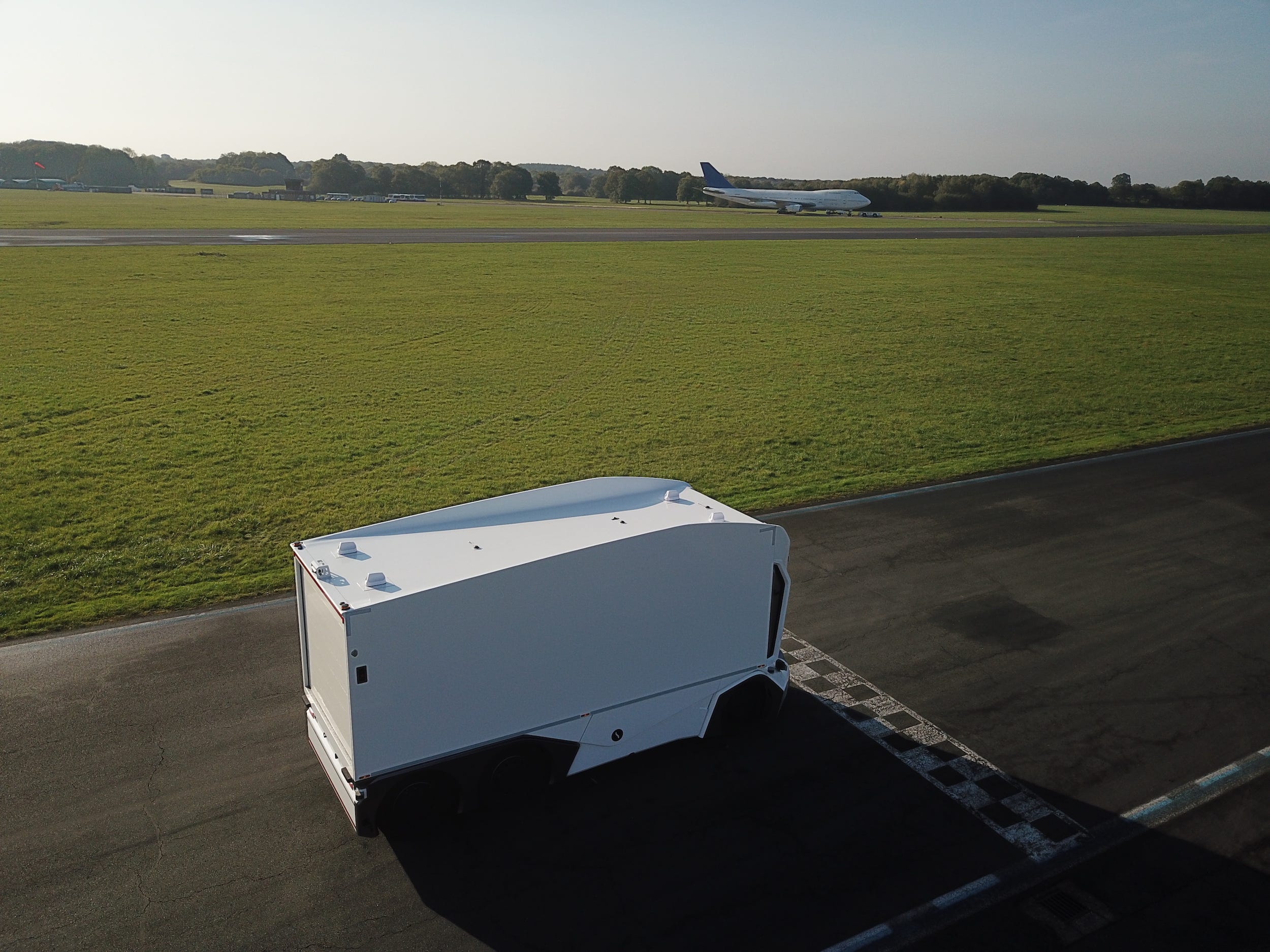 The road-legal Pod has no cab for a driver. According to Falck, not having a driver’s area reduces costs and the impact on the electric drivetrain, making the price of the Pod comparable to diesel trucks. 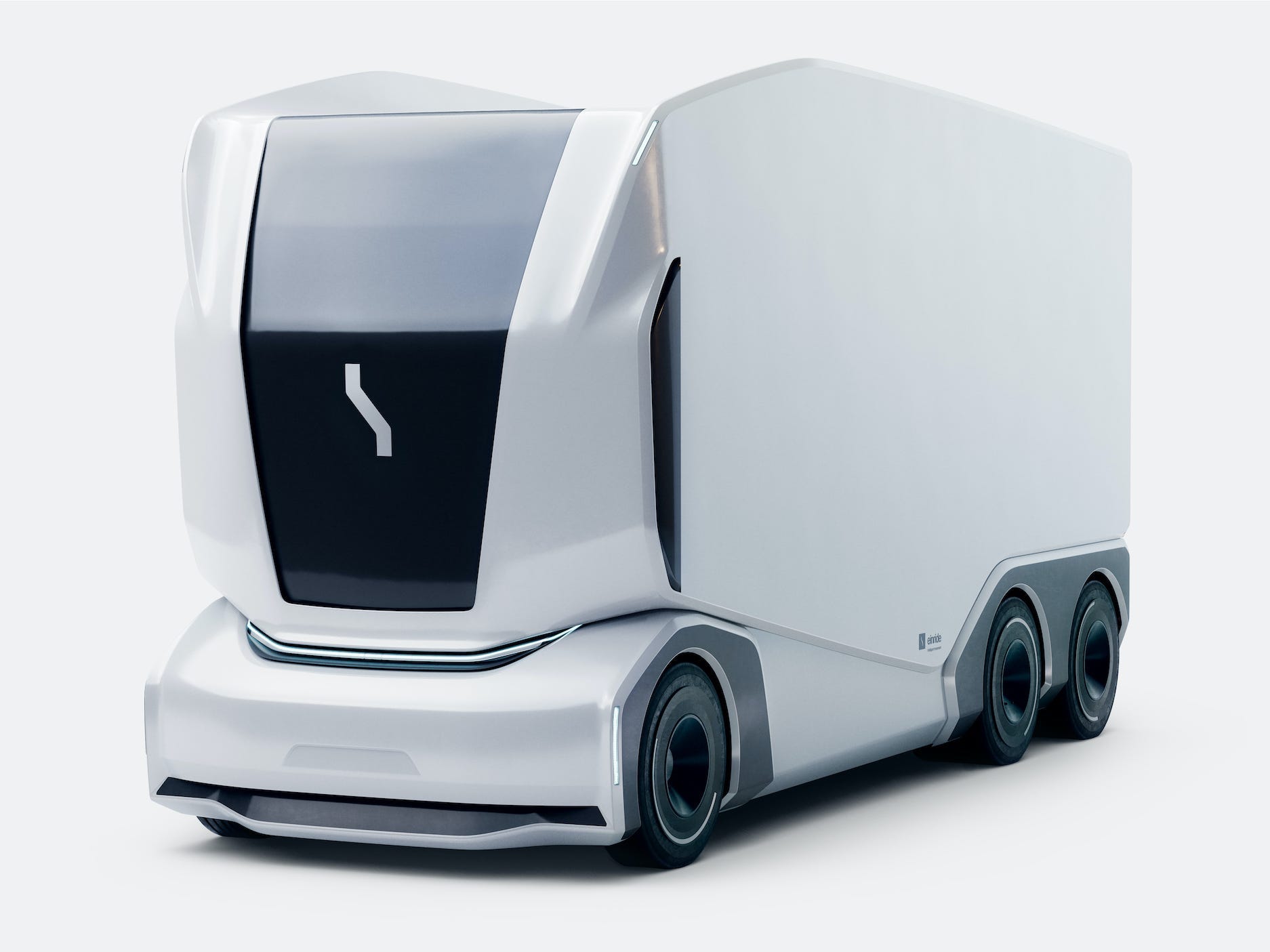 “With our recent brand identity project, a central focus was on the symbiotic relationship between software and hardware in freight mobility,” Einride’s CMO and co-founder Linnéa Kornehed said in a statement. “It’s a symbol of our accomplishments in pioneering the category of AET, but also emphasises our commitment to developing software solutions that make the transition to sustainable freight seamless.” 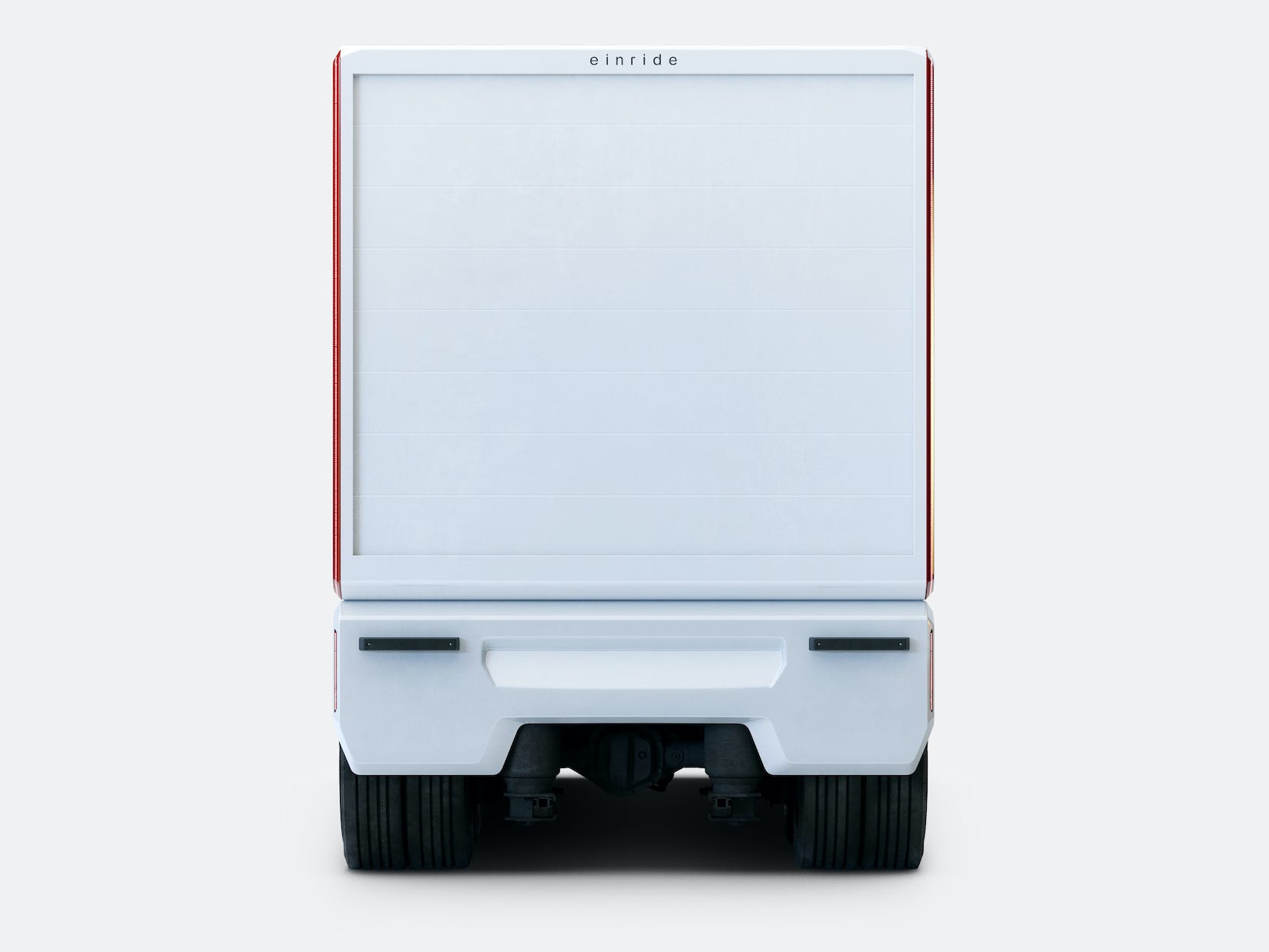 Einride is offering four different Pod types that all have varying uses. 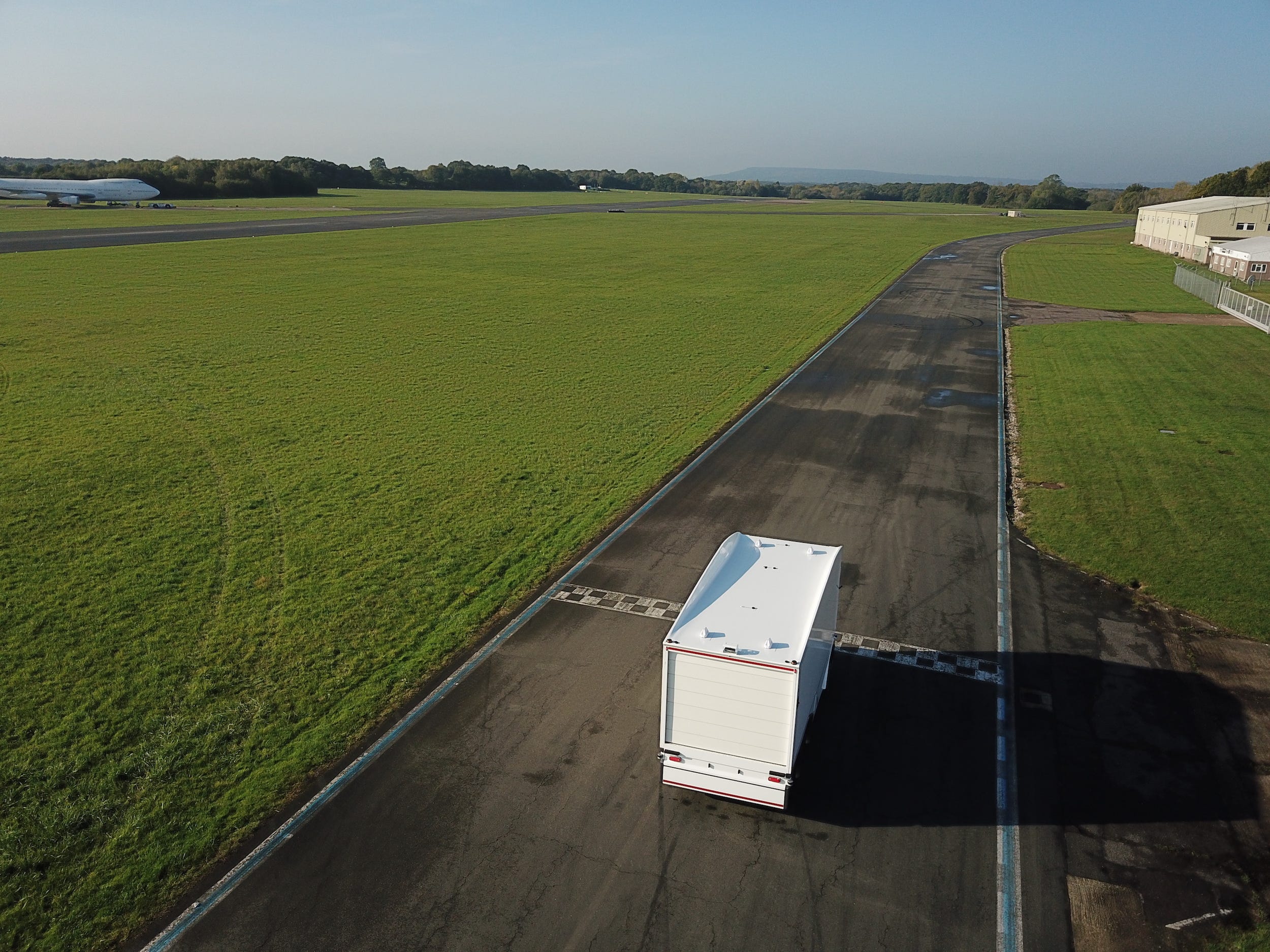 For example, AET 1, the “fenced’ level, is good for use in “closed facilities” with set operational routes and times. The AET 1 can reach up to almost 19 miles-per-hour, has a range between about 81 to 112 miles, and has a payload of 16 tons. 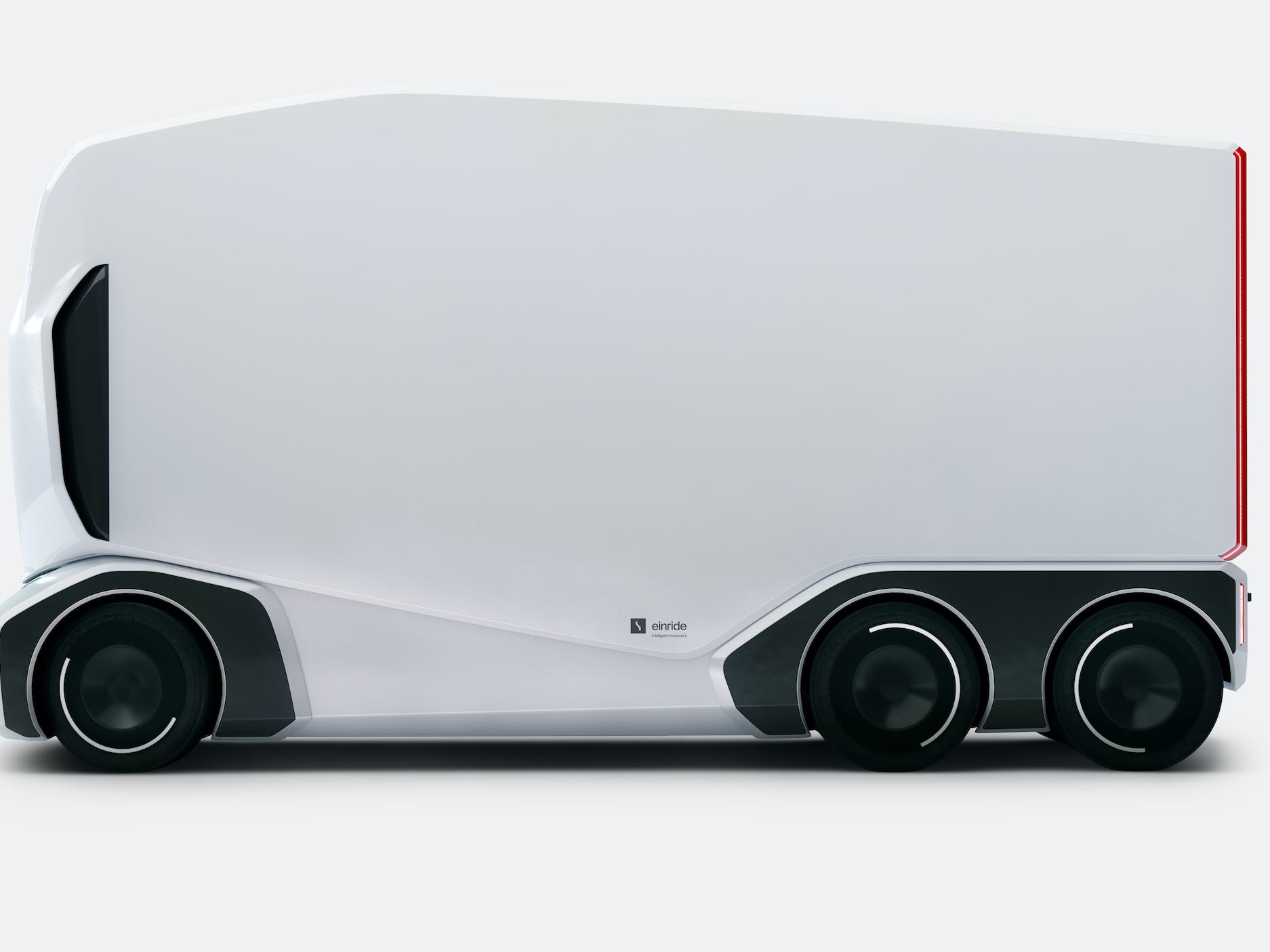 The AET 2, designated for “nearby” use, is good for the aforementioned closed spaces, as well as travel on public roads between two close locations. The AET 2 has the same payload, range, and miles-per-hour specs as the AET 1. 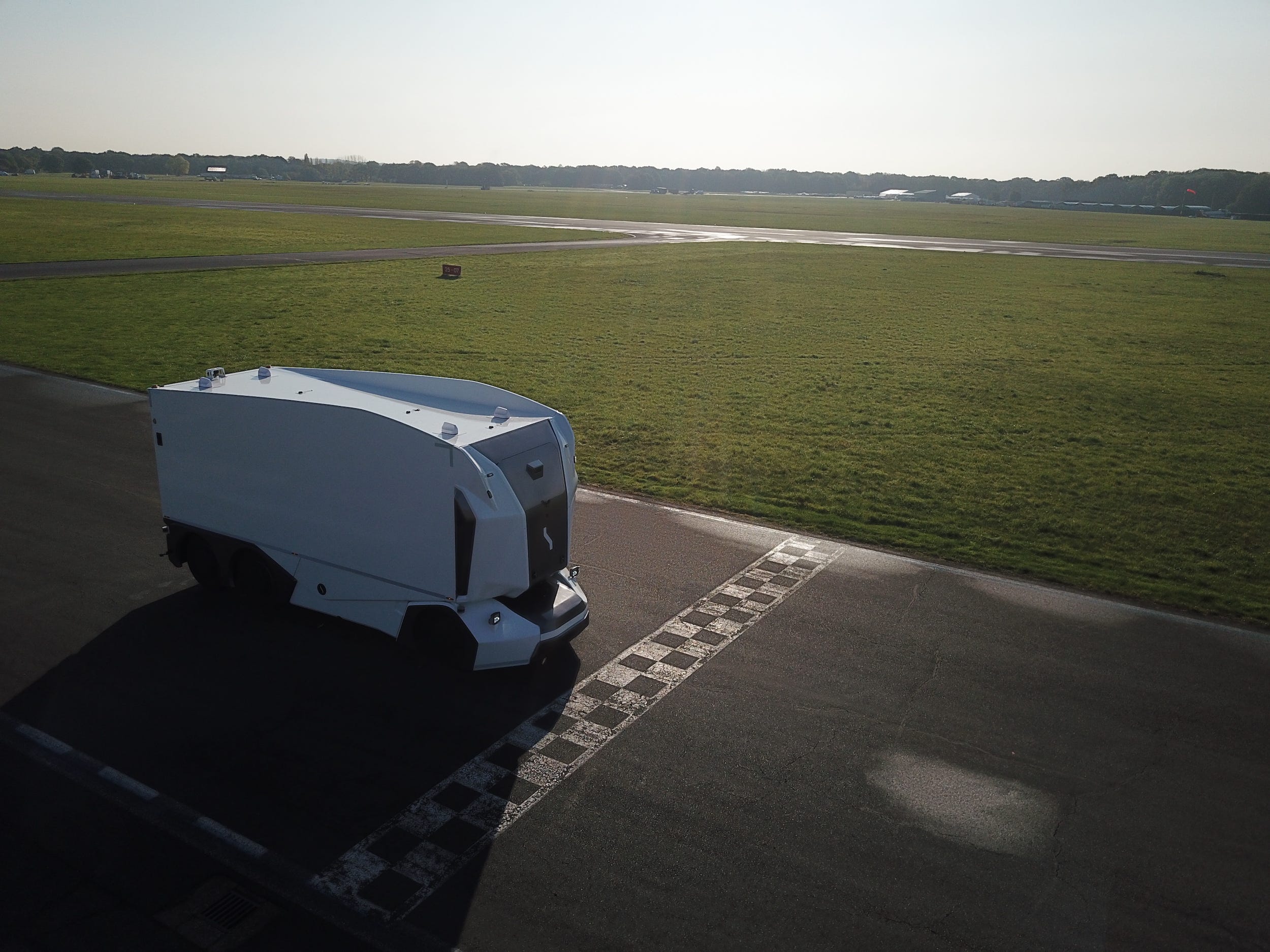 The pre-orders for AET 1 and AET 2 are now available, and Einride will begin shipping the vehicles to customers next year. The other two Pod types, the AET 3 and AET 4, are also available for reservations, but Enride will not begin shipping these two until 2022 to 2023. 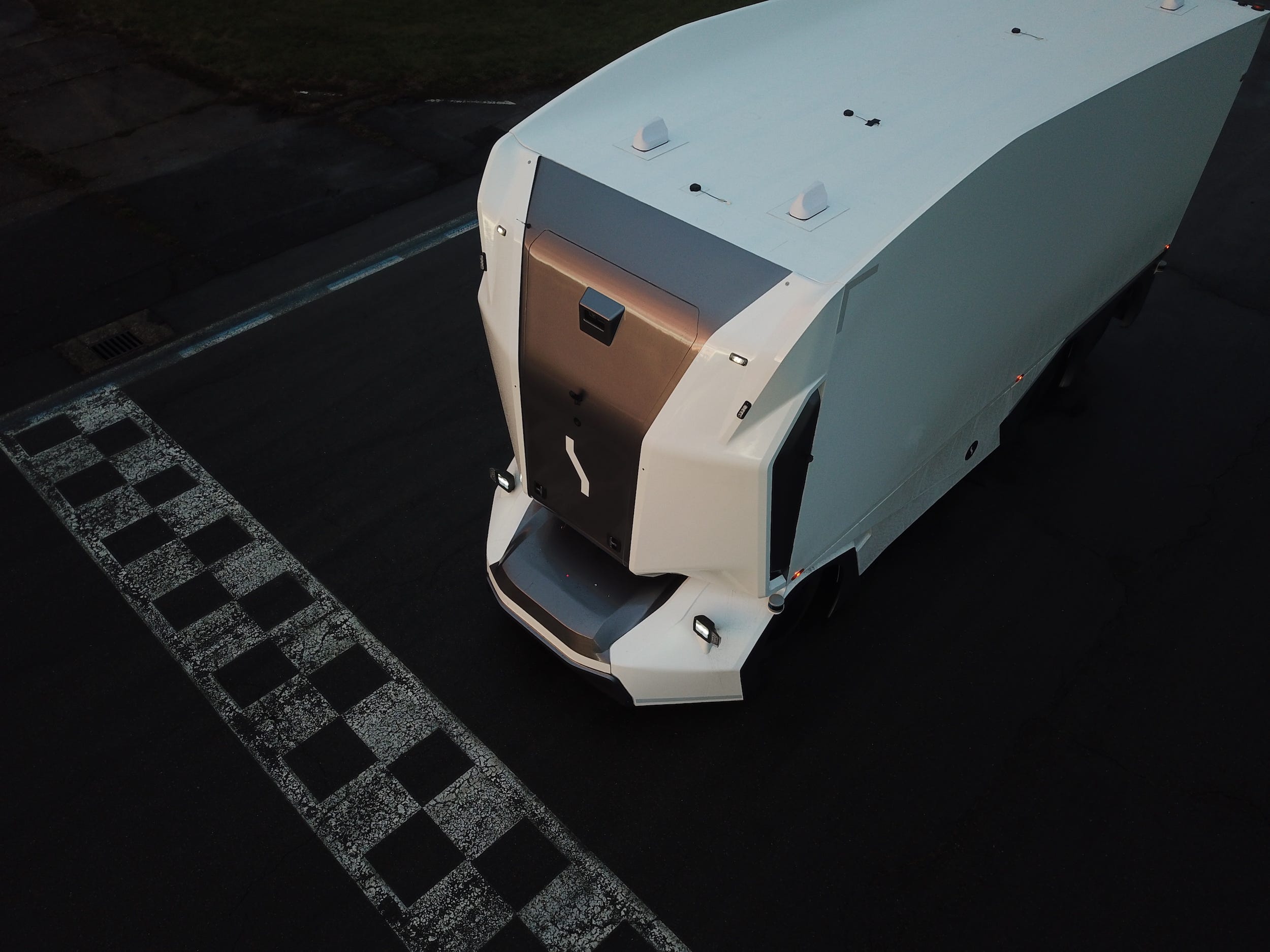 The AET 3, classified for “rural” use, can be operated on less crammed main and back roads between two locations. This vehicle can travel at almost 28 miles-per-hour, has a range between 124 to 186 miles, and has a payload of up to 16 tons. 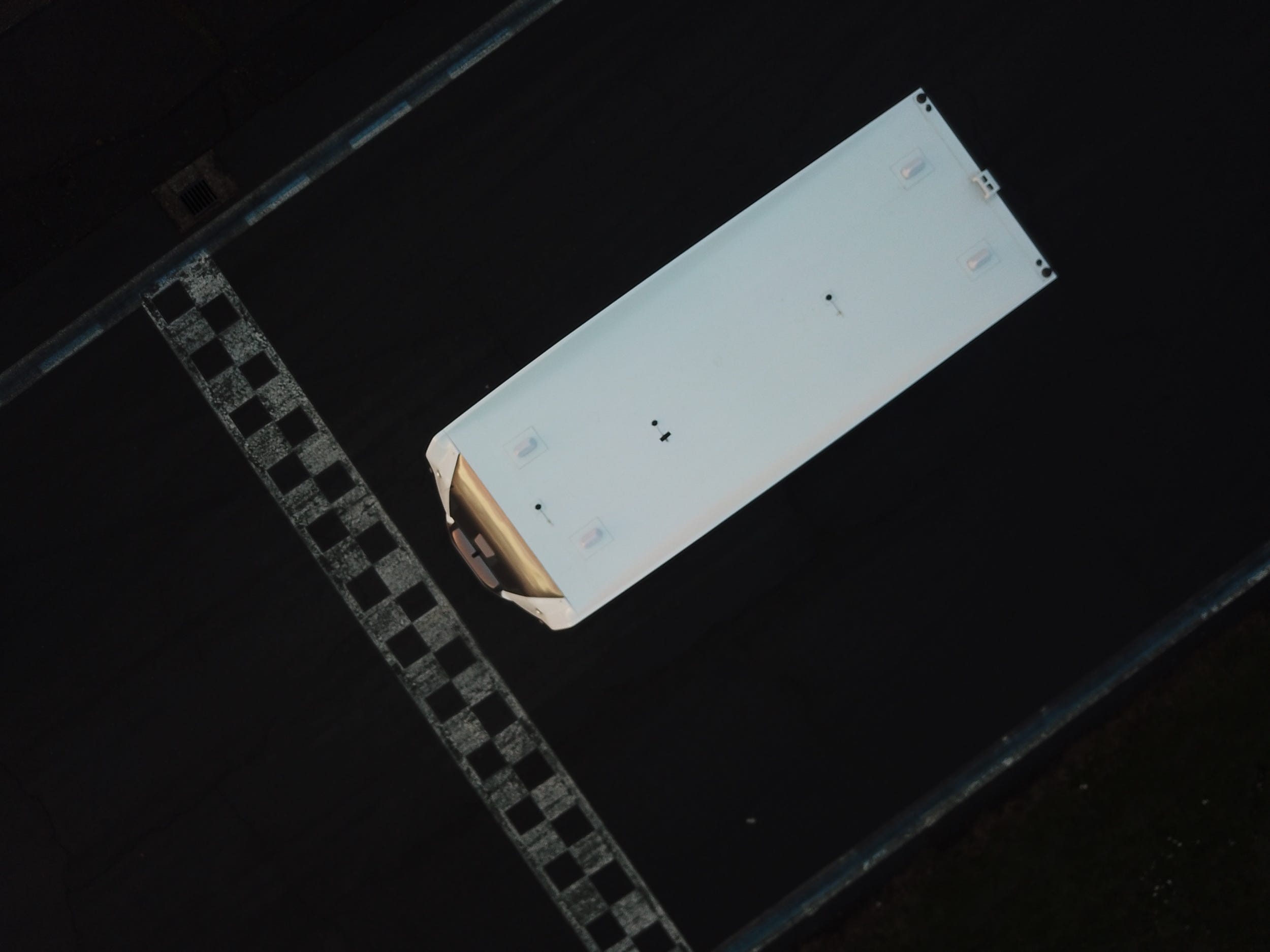 The AET 4, labelled for “highway” use, is faster at almost 53 miles-per-hour and can be operated on freeways and “major roads.” The AET 4 has the same aforementioned specs as the AET 3. 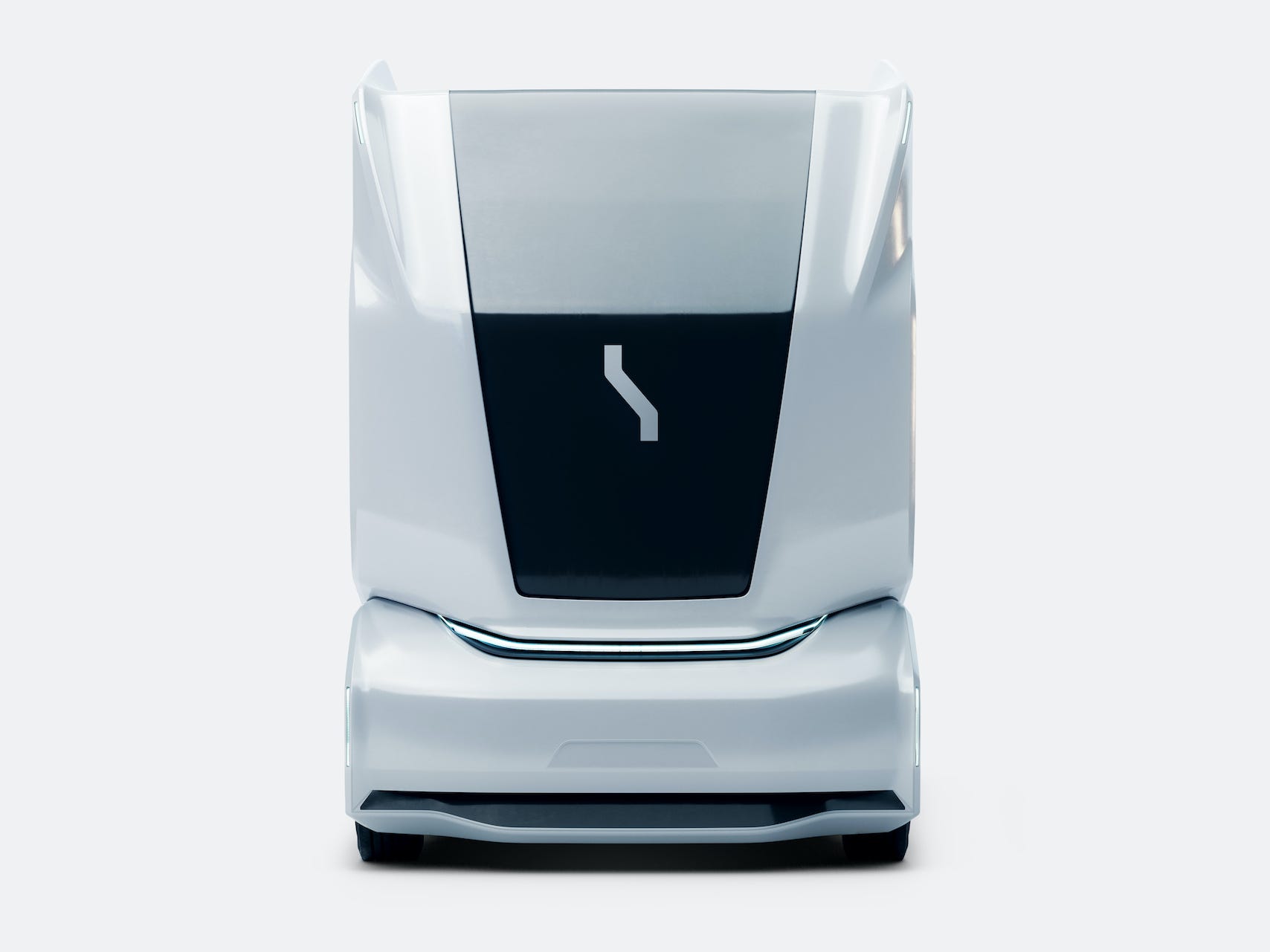 Each AET level has different “operational fees” at varying costs. For example, the vehicles all cost $US10,000 to reserve, but the AET 1 has a monthly $US18,000 operational charge, and the AET 4’s monthly fee is higher at $US22,500.

These additional monthly fees allow customers to use Eirnride’s “freight mobility platform which will plan and operate the Pods, overseen by Einride-certified remote operators,” according to the company. The platform also provides information like the vehicle’s location, route, and energy.