Eike Batista has a number of problems, chief among them being that he’s running out of cash.

Since the Brazilian tycoon’s empire started crumbling last year, he’s lost 99% of his fortune — which once totaled about $US34 billion and counting.

At that time, had become clear that a number of oil fields belonging to OGX, Batista’s flagship company, were not going to produce as expected.

That’s when Batista and his group of 6 companies (all held together by holding company EBX) started hemorrhaging money.

His hope now is to restructure with his creditors and rebuild a leaner business, but that takes money. So what’s a billionaire playboy speedboat racer married to a former Playboy model to do?

Sell his toys. That’s what he does.

The reports are everywhere in Brazil — boats, planes, you name it. Its all gone into a gigantic firesale for the super rich. Batista’s sold off some more serious assets too — like stakes in two of his companies MMX and LLX, and he may have to give up some oil tankers as collateral to creditors soon too.

But none of that is nearly as fun as say, a 91 year-old hotel in Rio.

We did a little research and found out how much (roughly) some of Batista’s most luxe toys may have sold for. It’s fair to say they won’t put a dent in what Batista owes, but hey — you gotta stay liquid.

An Agusta Grand helicopter, worth between $US6 and $US7 Million. This Gulfstream 550, which you could pick up for about $US35 Million This Brazilian made Phenom 300 Jet, worth around $US7.2 million This Embraer Legacy 600 jet worth about $US25 million. This 91 year old landmark hotel, Rio de Janeiro's Hotel Gloria in negotiations to be sold for about $US103.2 Million This 177 foot Pink Fleet Yacht, which Batista christened 'The Spirit Of Brazil' worth about $US2.5 million BONUS: This is what it was like to party on the Pink Fleet in its glory days. 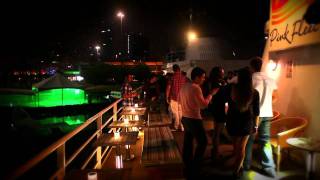 And here's why all this is all going down... How Brazilian Tycoon Eike Batista Lost 99% Of His $US34.5 Billion Fortune>