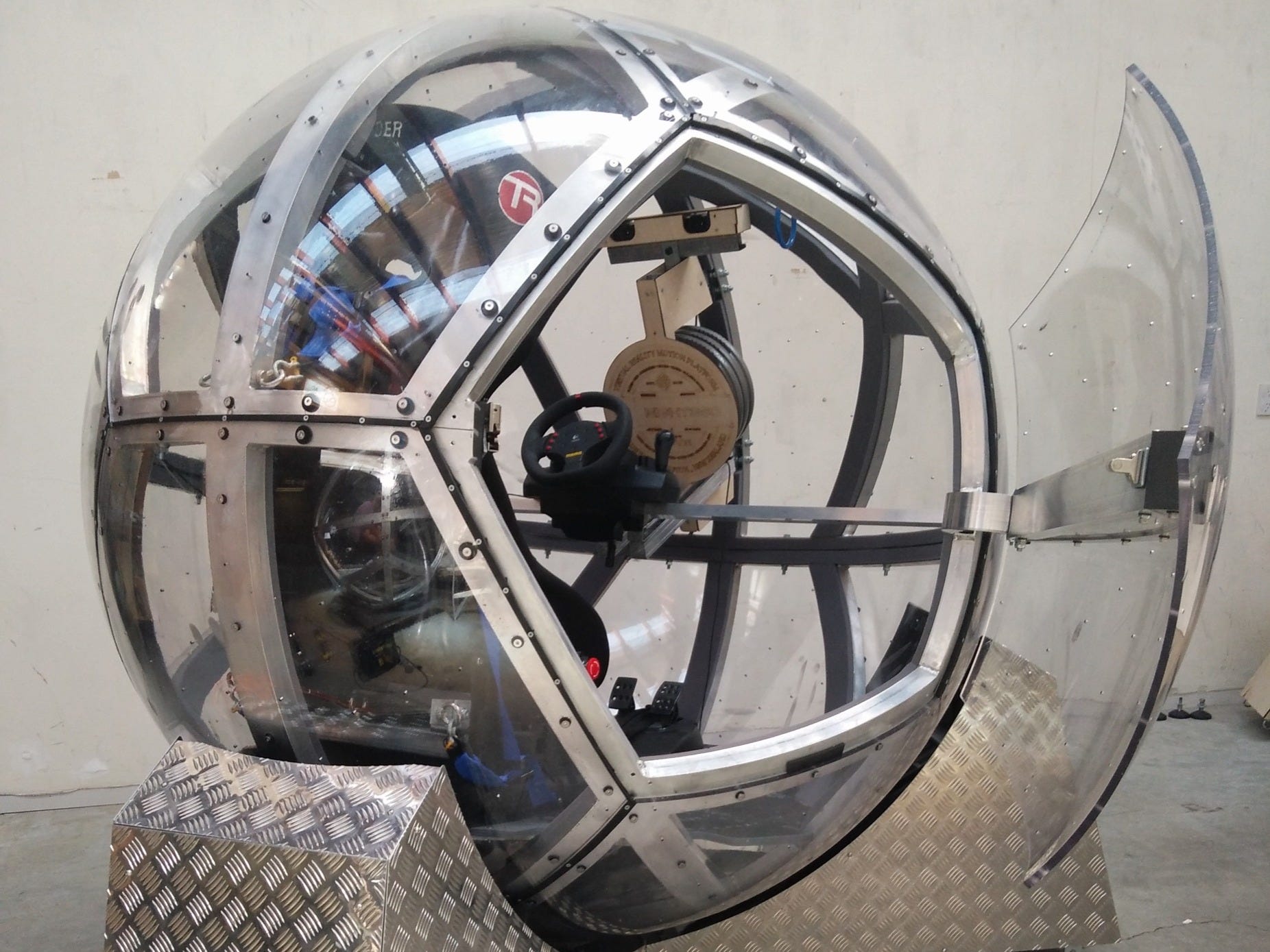 Eight360, a startup in Wellington, New Zealand has a way of tricking your brain into thinking you’re driving a racecar, riding a rollercoaster, or even flying a jet.

The company’s VR motion simulator, NOVA, can turn 180 degrees in any direction in only one second, combining visual, audio, and physical elements to make the experience as realistic as possible. Eight360 even says that this scary-looking contraption makes motion sickness less of a problem, because it matches up what the user is seeing to what they’re feeling.

At $US150,000 per year for a lease, the Nova probably isn’t going to show up in many homes, though it could become standard in esports lounges. Instead, Eight360 is promoting the device as a way for racecar drivers to put in extra practice time off the track, or to practice esports, and for military training for pilots. 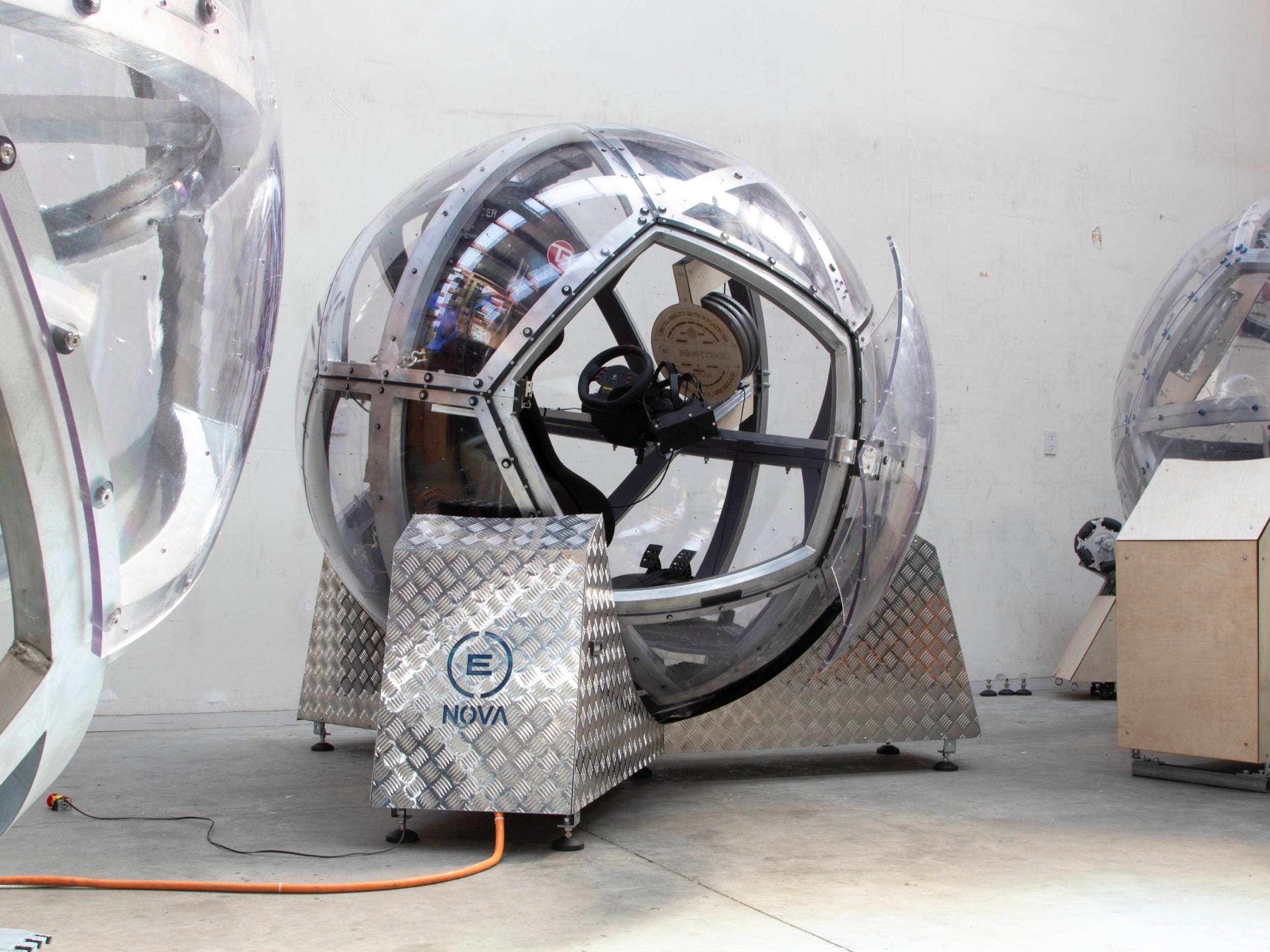 Eight360 says that Nova could be used for training, education, and fun. 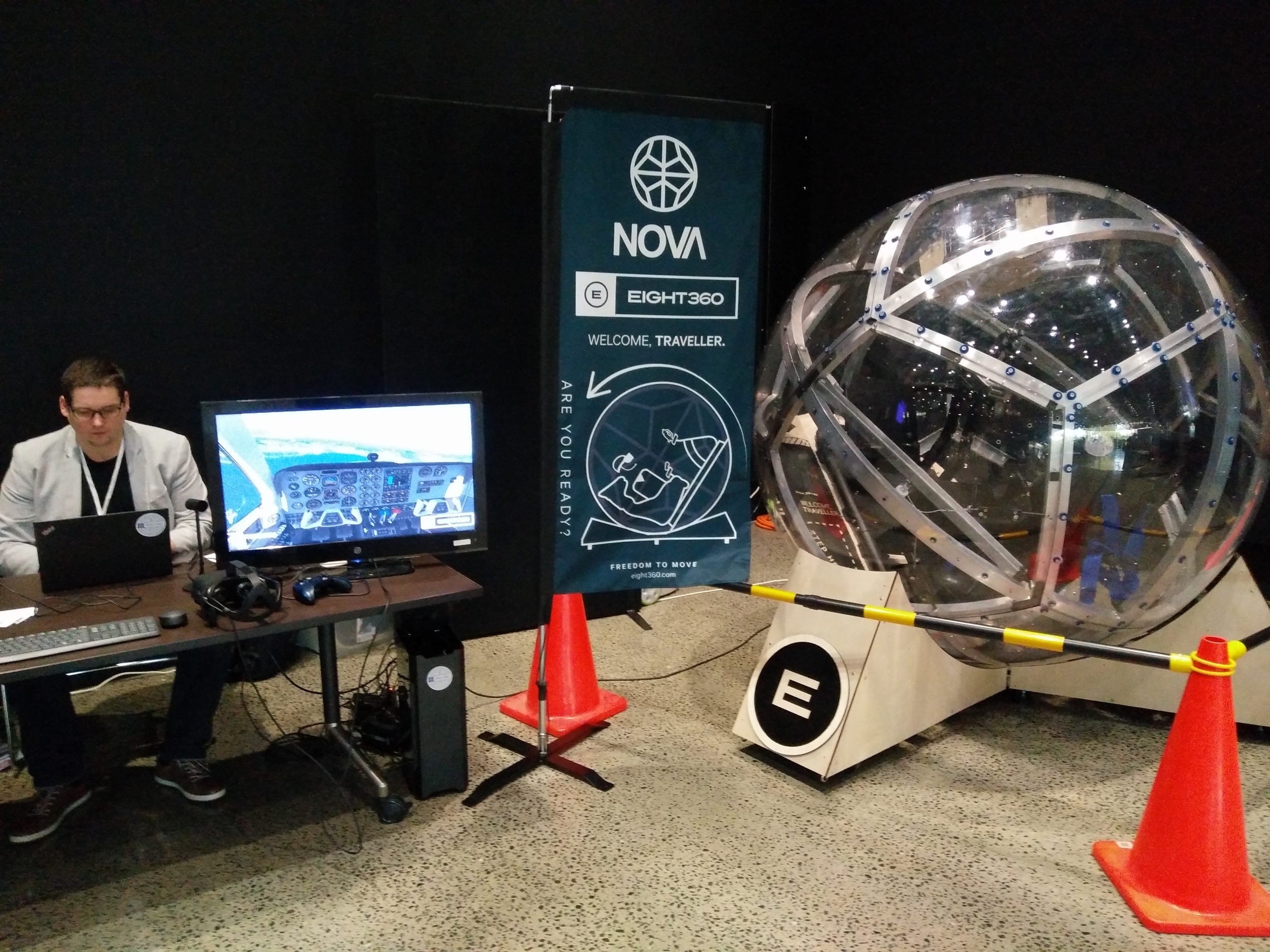 Inside and wearing a VR headset, the user has full audio, visual, and physical immersion. 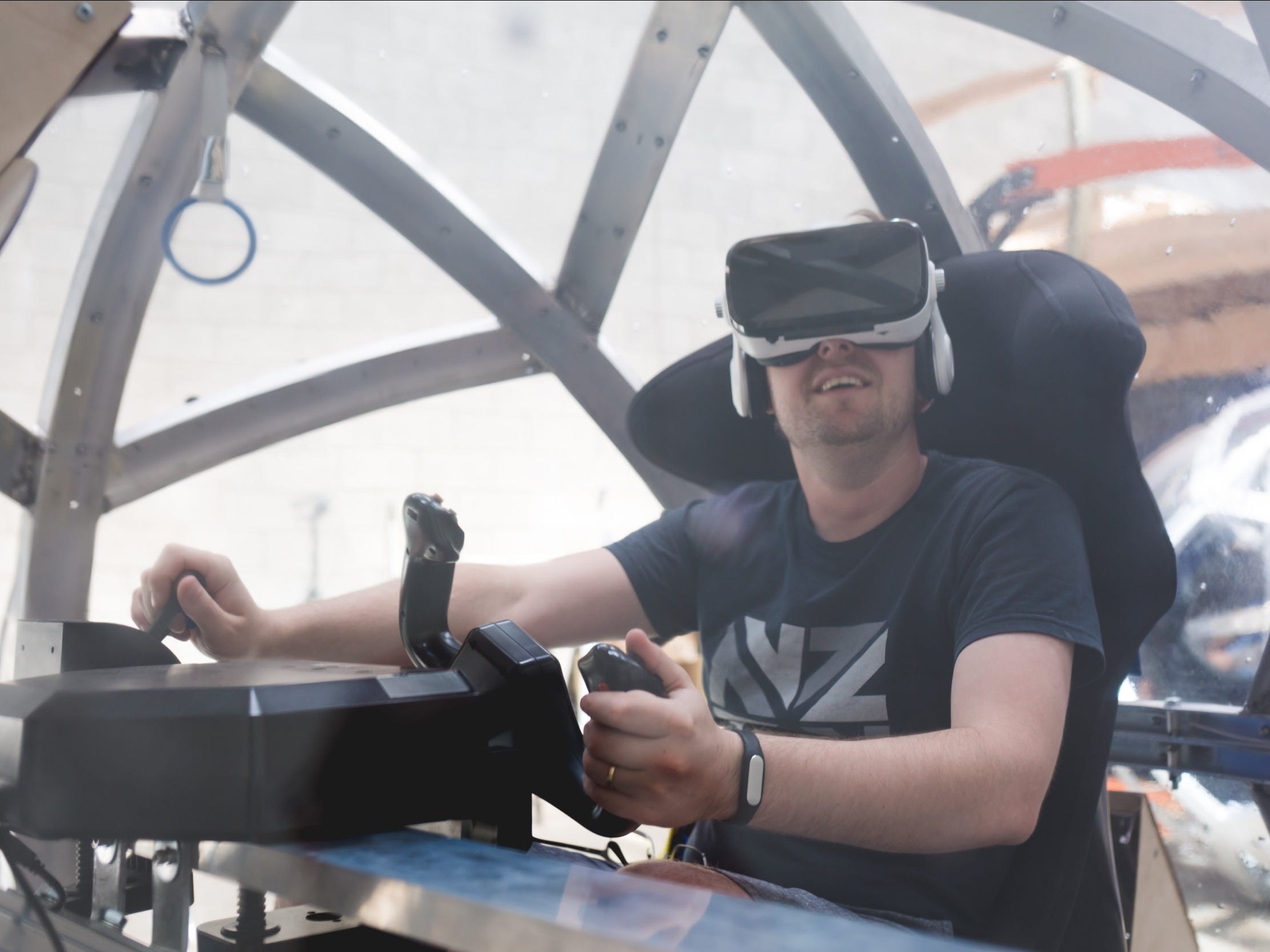 CEO Terry Miller has called it “the crazy spinning ball of death.” 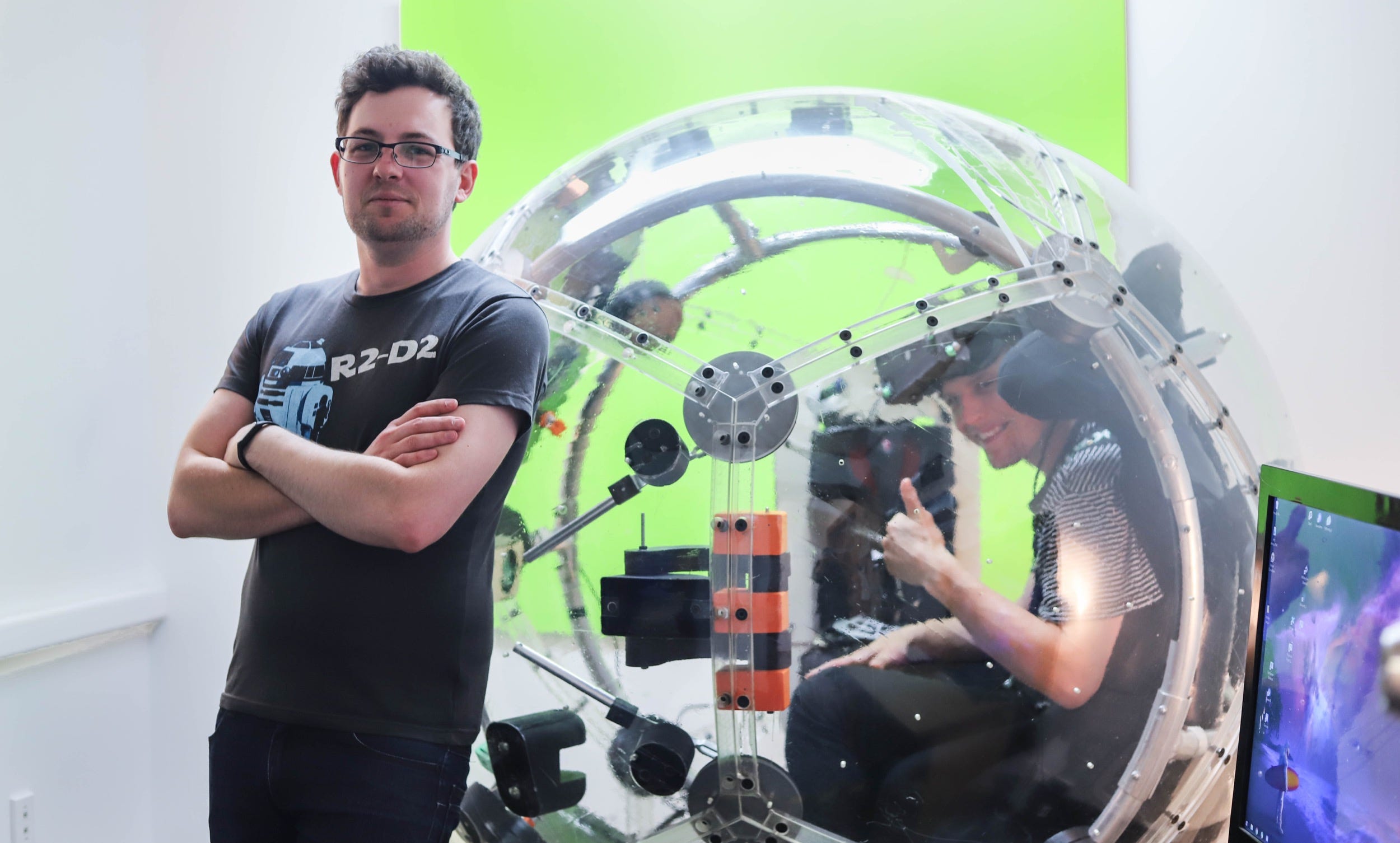 Nova is a combination of standard parts, like gears and a motor, supplemented with modular parts for the best VR experience. 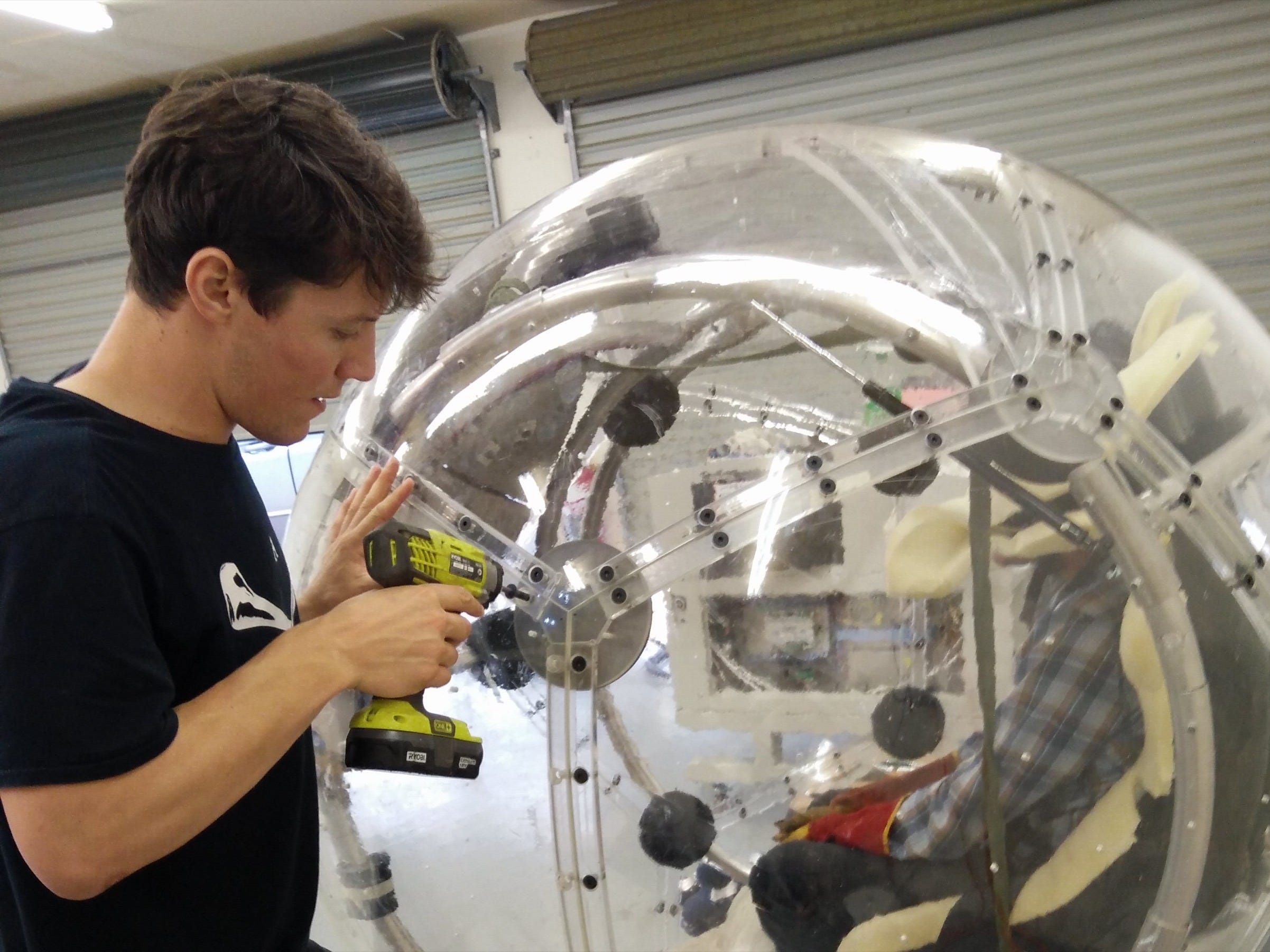 The whole thing weighs about 1,100 lbs, and can be transported on a pallet or forklift.

The sphere, which has been compared to a “human-sized hamster ball,” is 5.9 feet in diameter, needing just a 6.5 square foot area. 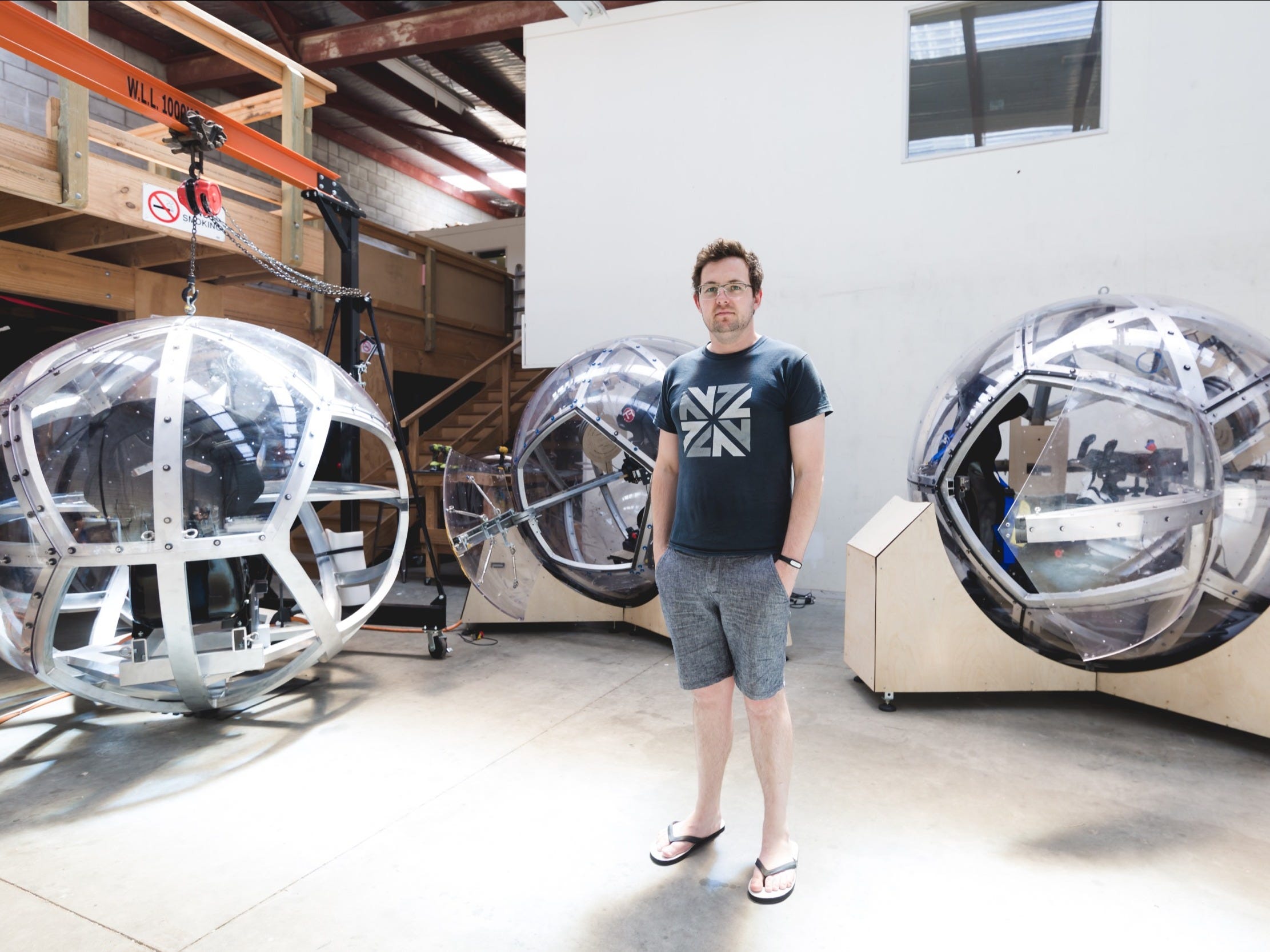 It works with some Windows games right off the shelf, making roller coaster simulators and racing games feel more realistic. 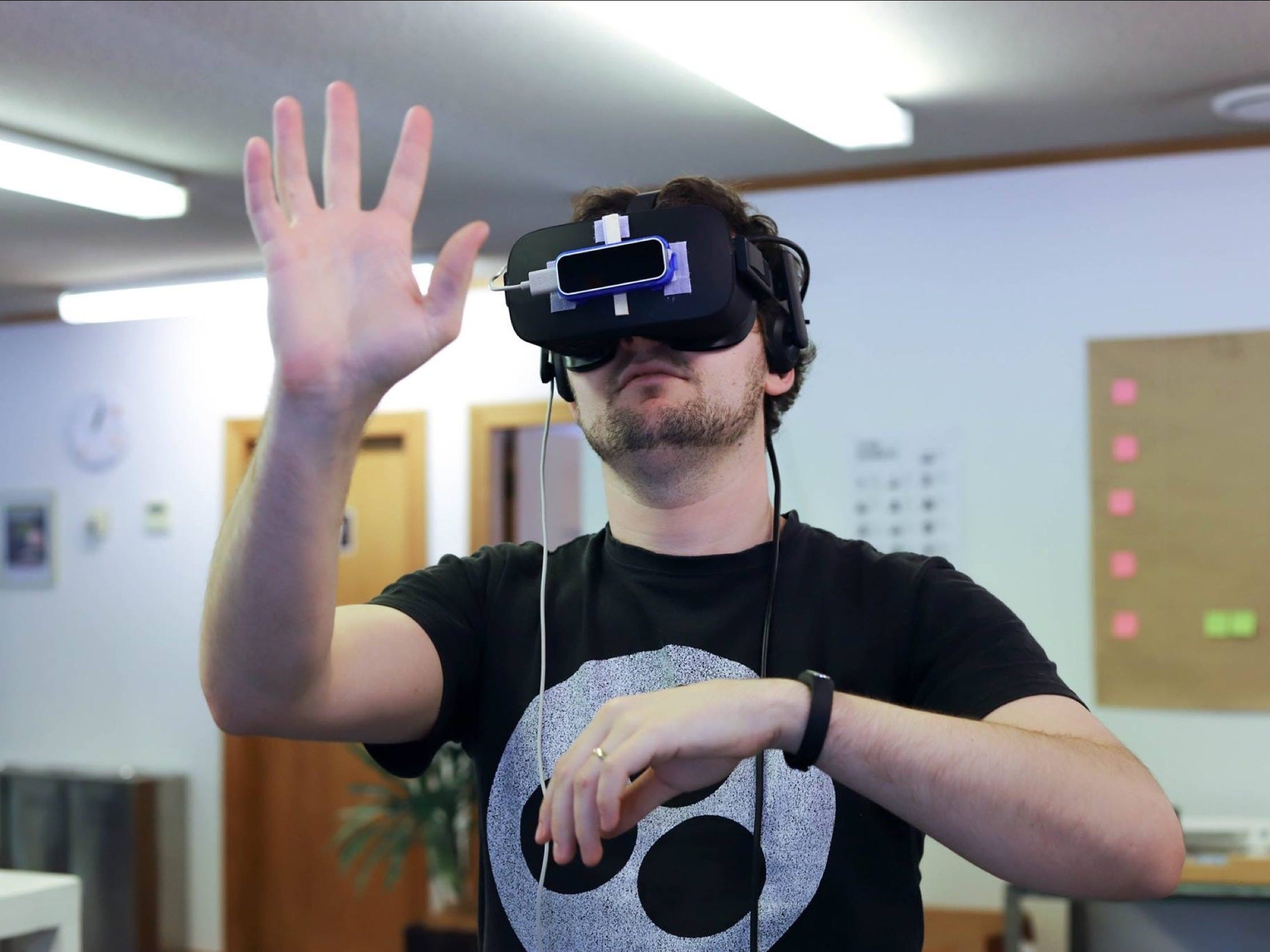 While Nova could definitely improve the gaming experience, it’s too expensive to be practical for widespread use. Eight360 is looking to lease out the Nova for $US150,000 per year. 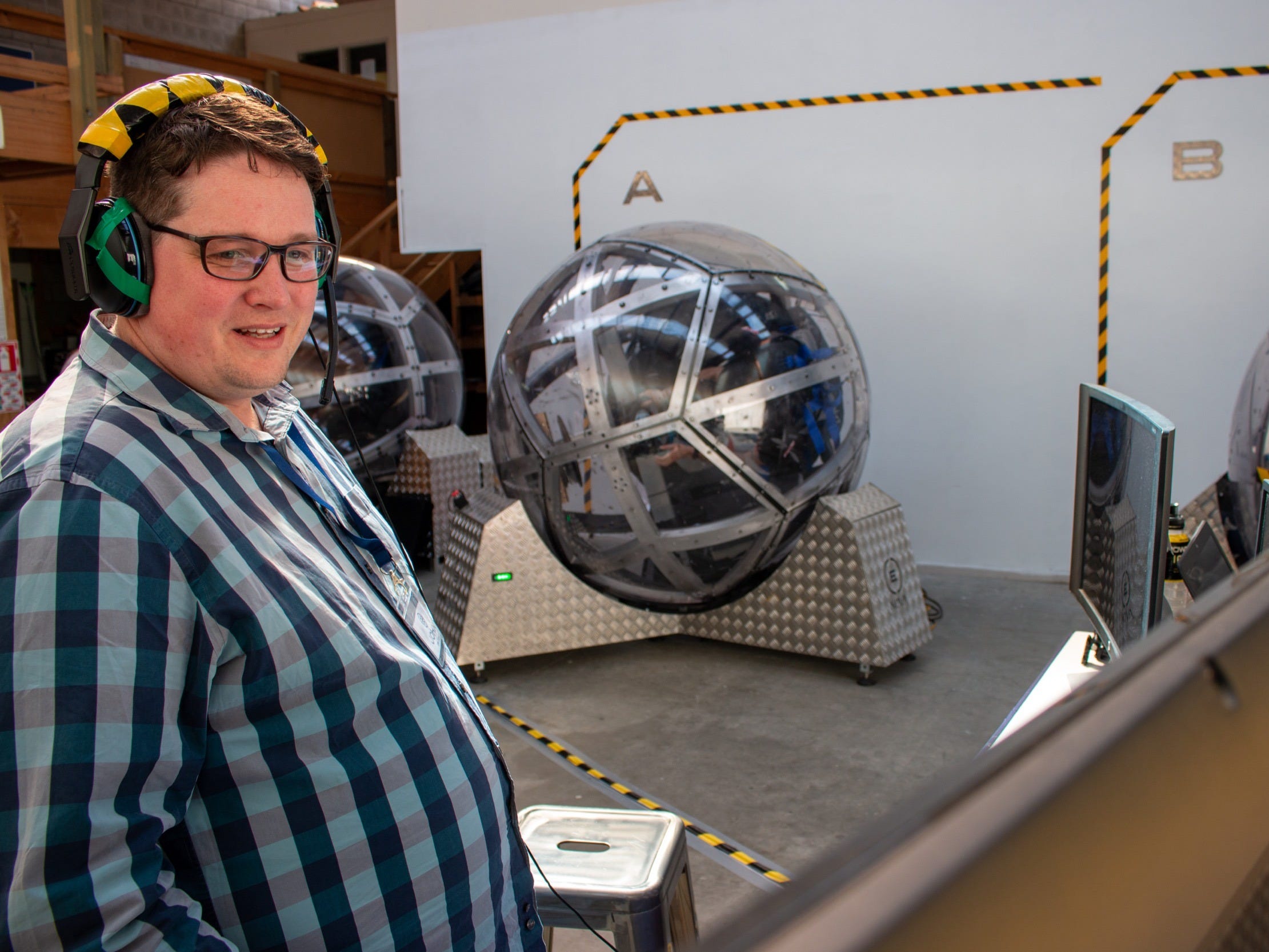 Instead, the company is looking at other industries, like e-racing and defence training. 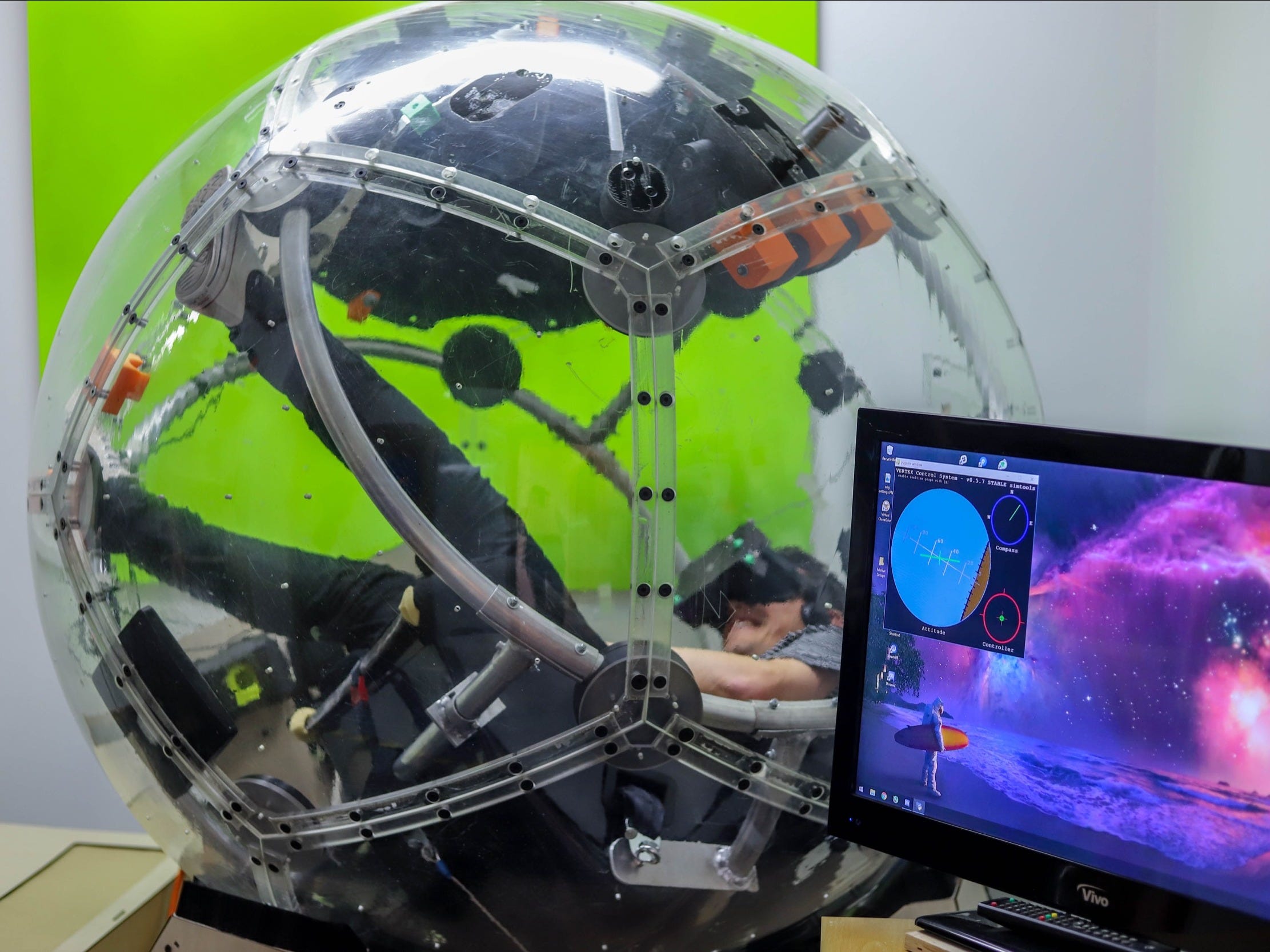 The seat and controls can be swapped out to better fit a particular need, like training pilots to fly a certain aircraft. 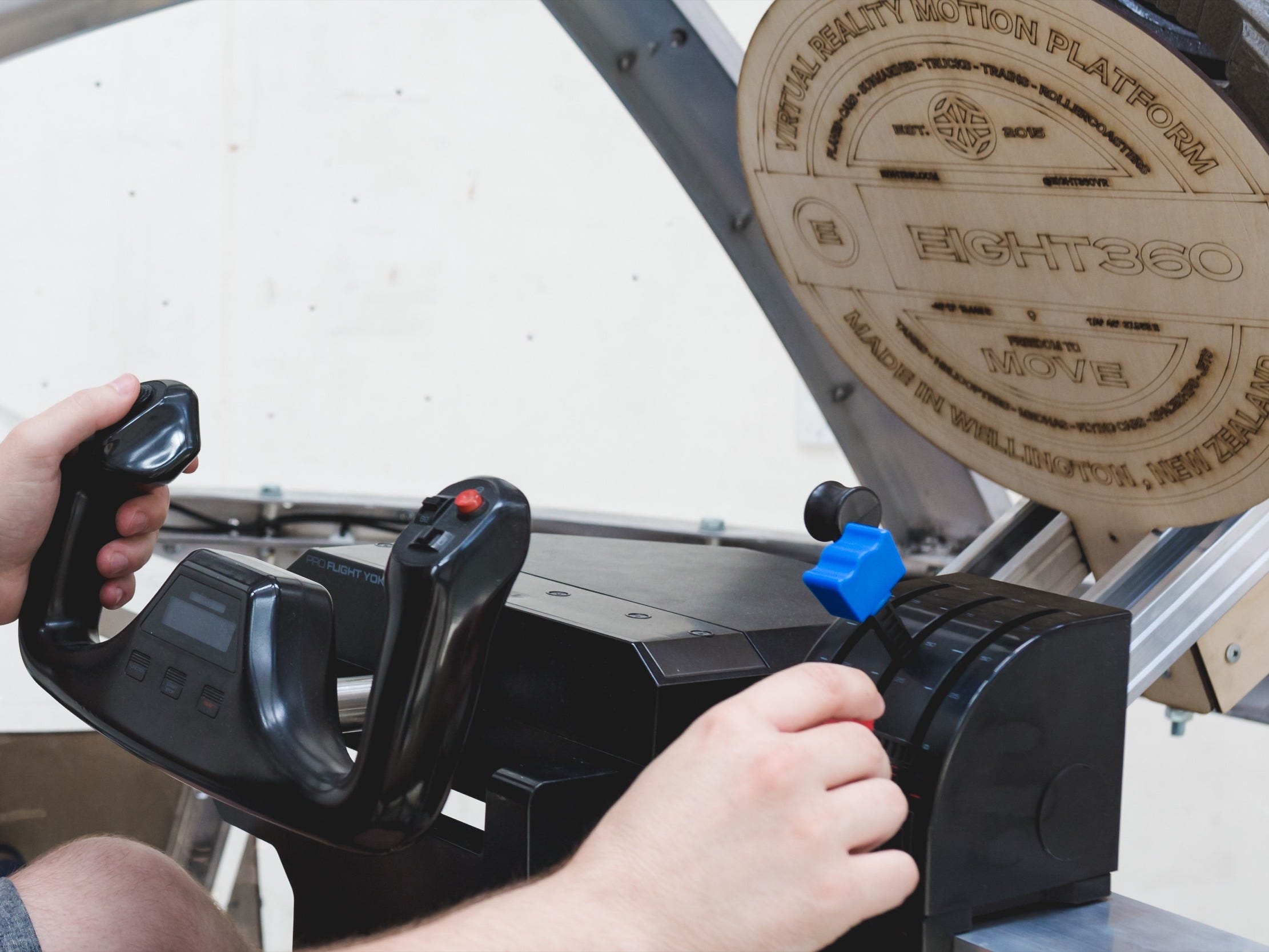