Egypt seized the Ever Given, demanding the ship's owners pay nearly $1 billion for blocking the Suez Canal 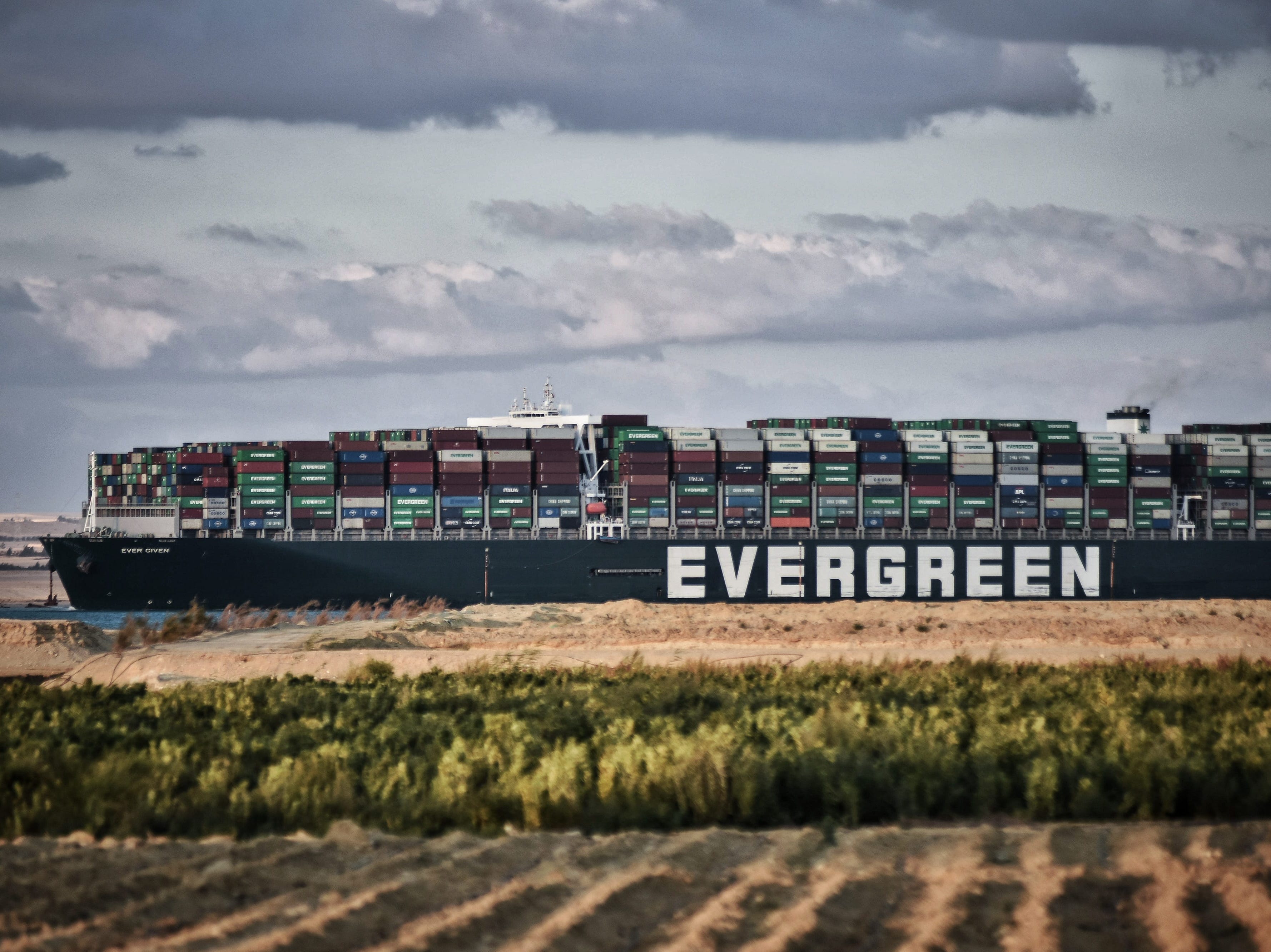 Sayed Hassan/picture alliance via Getty ImagesThe ‘Ever Given’ container ship operated by the Evergreen Marine Corporation, sails through the Suez Canal, after it was fully freed and floated. Egypt’s Suez Canal Authority announced that the stranded massive container ship that has blocked the Suez Canal for nearly a week, has been fully dislodged and successfully floating in the canal.

Officials in Egypt have seized the Ever Given as authorities in the country demand the ship’s owners pay nearly $1 billion for blocking the Suez Canal for several days last month.

Egyptian authorities have sued the Ever Given’s owner, Shoei Kisen Kaisha Ltd., for $900 million, saying the ship caused damage to the canal and lost business.

Ryu Murakoshi, a spokesman for the company, told The Wall Street Journal that Shoei Kisen Kaisha Ltd. is in “negotiations on compensation.”

Shoei Kisen Kaisha filed a general average claim in early April, splitting the $900 million demand between the boat’s insurers and the owners of the cargo atop the ship.

General average is a principle of maritime law that requires any of the ship’s customers to share the risk and costs involved if the ship faces a tragedy or failure.

Abdulgani Serang, the general secretary-cum-treasurer of the National Union of Seafarers in India, told Insider that the crew members are being treated well and continue to be paid.

But despite the recent news, Serang said that the crew members are not worried just yet.

“The crew members are relaxed because they know that they are employed with Bernard Schulte company and they are covered by the union agreements,” Serang said. “Their professionalism has not been questioned and it is just a matter of time, anytime soon, for them to start sailing.”

The Ever Given rose to international prominence after it became stuck three weeks ago and blocked international freight traffic for six days. The ship may be unstuck, but experts believe that the shipwreck could impact the global supply chain for months to come.

This is a developing story. Please check back for more updates.