This chart shows how long it took all 15 EGOT winners to get their awards, and John Legend was one of the fastest Legend was the first black man to achieve the honour and the youngest to do so during the Creative Arts Emmys, when he won for producing NBC’s “Jesus Christ Superstar Live in Concert,” which took home the prize for best live variety special.

Legend first won Grammys in 2006 for his album “Get Lifted,” so it took just 12 years for Legend to claim his EGOT. He won an Oscar in 2015 for best original song for “Glory” from the 2014 film “Selma,” and won a Tony in 2017 for producing “Jitney,” which won the award for best revival of a play.

Only one other person, songwriter Robert Lopez, got an EGOT in less time than Legend. The person who took the longest time, actress Helen Hayes, took 45 years.

Actress Audrey Hepburn saw the longest wait between awards, from when she won both an Oscar and Tony in 1954 to when she won an Emmy in 1993. She finally completed the EGOT with a Grammy win the following year in 1994. 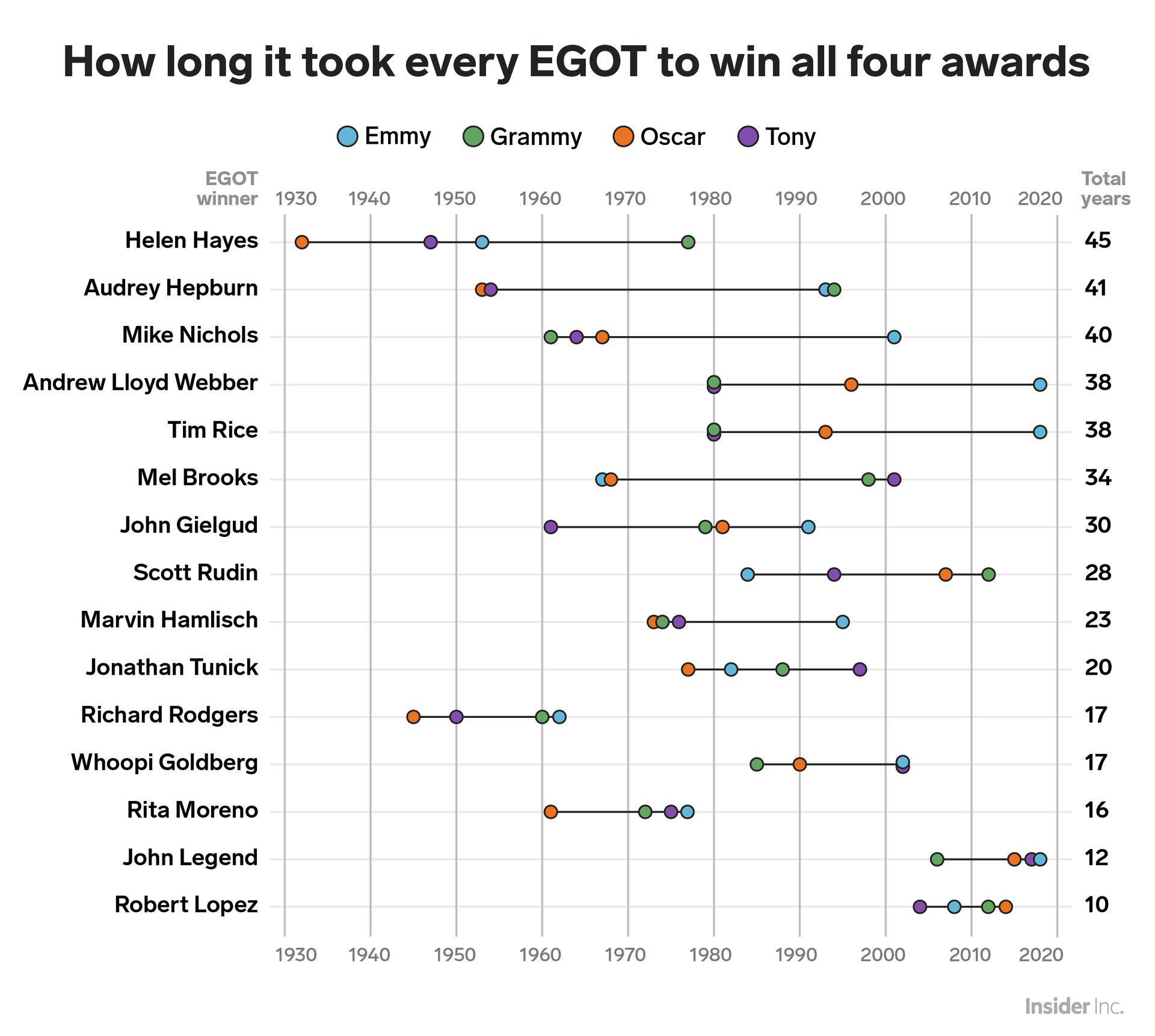