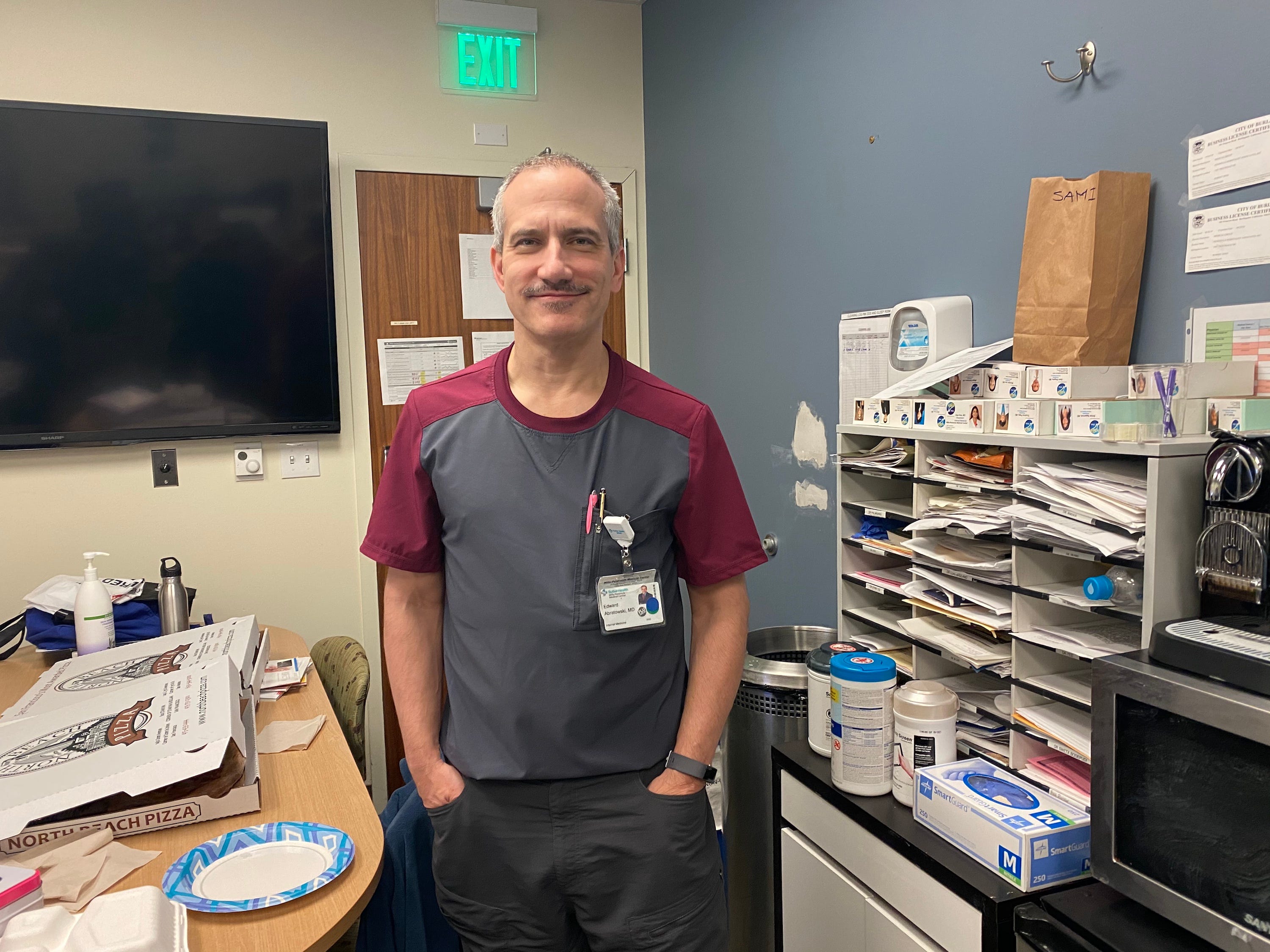 Edward Abratowski received an email in mid-January, informing him about the emergence of a novel coronavirus in China.

No one in his network was tuned into or perturbed by the illness so the San Francisco resident “didn’t even really click” on the note, it was so minor a “blip,” he told Business Insider.

Abratowski is a hospitalist, an internal medicine doctor who treats patients at a hospital in the Bay Area, but asked that its name be withheld.

“When I first heard about the coronavirus, I, and a lot of other doctors I know, thought that it wasn’t going to be that big of a deal, that we were all being overly reactive to it,” he recalled.

“I was completely wrong.”

Abratowski told Business Insider he’s spent nearly every day of the past two months at the medical centre, helping his colleagues fight the ravages of the coronavirus. What he has seen has left him shaken.

The 50-year-old doctor said most types of flu tend to take a harsher toll on the “really old and the really young.” The coronavirus isn’t quite as discerning.

“We’re seeing roughly half of the people that get admitted to the hospital with coronavirus end up in the ICU,” he said. “And so many young, otherwise healthy people – without underlying conditions like cancer or lung diseases – are ending up on ventilators. I haven’t seen that before.”

The fear of contagion has rattled specialists to the extent that some “don’t want to see any patients or come to the hospital – period,” according to Abratowski.

This development prompted one of Abratowski’s colleagues to compare the coronavirus pandemic to the AIDS epidemic, when some medical professionals “rushed in to help, while others were too afraid” to help the ailing.

The coronavirus, which was first reported in Wuhan, China, in December 2019, has since swept the globe. As of Friday, more than 1.6 million people have been infected and nearly 97,000 are dead. The US is home to the largest outbreak on earth, with over 466,200 cases and 16,600-plus deaths, based on data from Johns Hopkins University.

The number of COVID-19 cases has ‘plateaued,’ and the hospital is seeing fewer patients overall

New York has had more COVID-19 cases than any other state: 161,800 and counting. By contrast, California has 20,100 cases, and Abratowski isn’t concerned about his hospital, which is not a Level 1 trauma centre, becoming overwhelmed. Currently, its number of cases is not large; the situation has “plateaued” and is “stable,” he said.

Abratowski continued: “The overall volume of the hospital has slowed a great deal because we’ve stopped elective surgeries, people are afraid to come to the hospital, and we’re finding that patients want to get out of here sooner than usual. They understand that this is not the best place to be.” Abratowski spoke to Business Insider after a 12-hour shift on Wednesday, during which he had seen only six patients. Typically, doctors can see between 12 and 14 patients, he said, whereas a “super busy day” might even entail 16 patients.

“But six patients is kind of unheard of. It doesn’t take that long to see six people,” said Abratowski, who is among 20 hospital-based physicians who are utilising this lull to enhance their coronavirus-related expertise and explore ways to improve their overall response to the illness, in preparation for the virus to peak.

Abratowski expects that to happen in about a week, “but it’s not going to be a sharp peak, it’s going to be a plateau,” he said. “It’s going to probably hang out for a while before it starts to come down.”

And the hospital where Abratowski works is prepared for any eventuality. In the event of a surge in cases, all operating rooms, already outfitted with ventilators, will be converted into patient rooms, and more doctors and nurses will be brought in to deal with the influx of patients.

What helps, he said, is that none of his colleagues have tested positive for the coronavirus.

“We are at full capacity and no one can travel so we have lots of backup people,” Abratowski said.

The medical centre where he works has also been able to obtain Abbott rapid coronavirus tests. These nasopharyngeal swabs have not only helped the hospital cut down on turnaround time – getting test results in less than an hour as compared to five days – but also reduced employees’ need for PPEs, which the hospital has plenty of in any case.

“Now we can test somebody in the ER and know before they even come in to the hospital whether they have the virus,” Abratowski said. “Earlier, if we were waiting for five days for a test result, doctors, nurses, and respiratory therapists were using up all this protective equipment for that entire duration. Being able to find out right away, who has it and who doesn’t has huge implications.”

Ensuring that people stay at least 6 feet away from one another is “far and away the most important protection” from the coronavirus, Abratowksi said. He credited California Gov. Gavin Newsom for the gains that hospitals have been able to make in the state’s fight against the coronavirus and praised him for prioritising social distancing early on in the outbreak.

Newsom declared a state of emergency on March 4, schools were shut down, and gatherings of over 250 people were banned. Then, on March 16, six Bay Area counties and Berkeley issued a sweeping shelter-in-place order that meant millions of people couldn’t leave their homes unless it was for essential work or to buy groceries or visit the pharmacy or bank. On March 19, a mandatory, statewide stay-at-home order was put in effect, with Newsom issuing a grim warning: 56% of California residents – some 25.5 million people – could be infected in the next two months, necessitating this aggressive and unprecedented move, he said.

On April 10, Los Angeles County extended its stay-at-home order through at least May 15, the Los Angeles Times said.

Such decisions have helped California begin to flatten the curve: Cases in the state were doubling about every 3.5 days at the end of March. Now, they’re doubling every week. 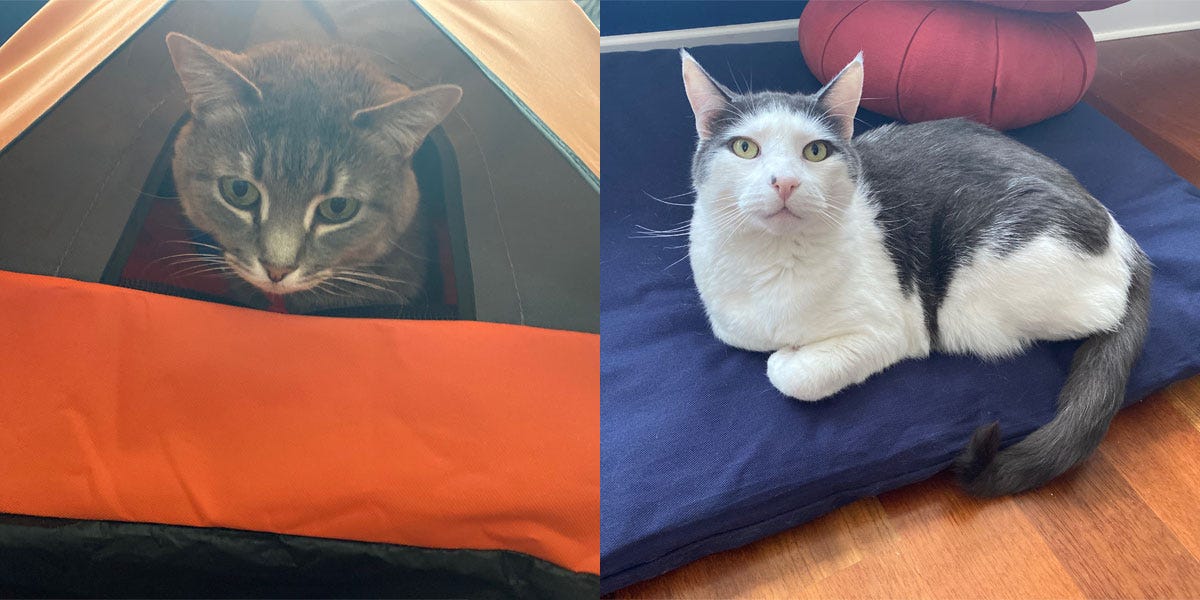 Such measures are especially critical given it will be at least 12 to 18 months until a vaccine is developed, and the data on hydroxychloroquine, a malaria medication that President Donald Trump touts as a panacea, is “not solid,” Abratowski said.

“It has a lot of side effects, some potentially very serious ones like cardiac arrhythmias, so we’re using it a bit judiciously,” he said, all while acknowledging that there’s a lot they don’t know.

Another drug that’s shown some promise is Remdesivir. But even at Abratowski’s hospital, patients “can only get it by enrolling in clinical trials” through Gilead Sciences, starting Monday, he said. And then there’s supportive care, like ventilators, which has helped some patients, he said, but others have developed Acute Respiratory Distress Syndrome and died from inflammation, damage, and scarring in their lungs.

A ‘hard lockdown’ would have saved the most lives

Asked what he’d do with a magic wand that could help the US wrestle control of the coronavirus, Abratowski didn’t hesitate.

“I would enforce a hard lockdown – social isolation for the entire country,” he said. “I don’t think it’s realistic or necessary to have the National Guard on the streets or anything like that, but I think it’s essential for the federal government to come out strongly, saying, ‘Everyone needs to stay home.'”

Abratowski excoriated the Trump administration’s early response to the virus, noting that the president’s failure to take the virus seriously resulted in a loss of at least four weeks in which officials could have cracked down on the coronavirus.

The US reported its first case on January 21. A day later, Trump told CNBC’s Joe Kernen that he was “not at all” worried about the coronavirus because “it’s one person coming in from China, and we have it under control. It’s going to be just fine.”

On February 26, Trump predicted that in a matter of days the total number of coronavirus cases in the US would be “close to zero.” On March 24, the president predicted “suicides by the thousands” if the economy wasn’t back up and running, and, on the same day, pushed for the nation to be “opened up” by Easter – April 12.

But it took the White House coronavirus task force predicting that the coronavirus could kill between 100,000 and 240,000 people in the US for Trump’s tone to change – and Abratowski fears that the US’s fatalities could reach at least the lower end of that horrifying death toll.

Despite being urged by experts that a national lockdown is necessary, the president has also left it up to state officials to enforce a patchwork of stay-at-home orders that, as of Tuesday, encompass about 95% of the US population.

“He should have shut down the entire country right away – instead, he told people that this was nothing to worry about,” Abratowski said. “He could have bought tests early, tested people quickly, and contained it a lot better – instead he doesn’t even let his experts speak.”

Trump’s response to the coronavirus has been “horrifying, terrible, abysmal,” Abratowski said. “But, then again, what do you expect from a president who doesn’t believe in science?”