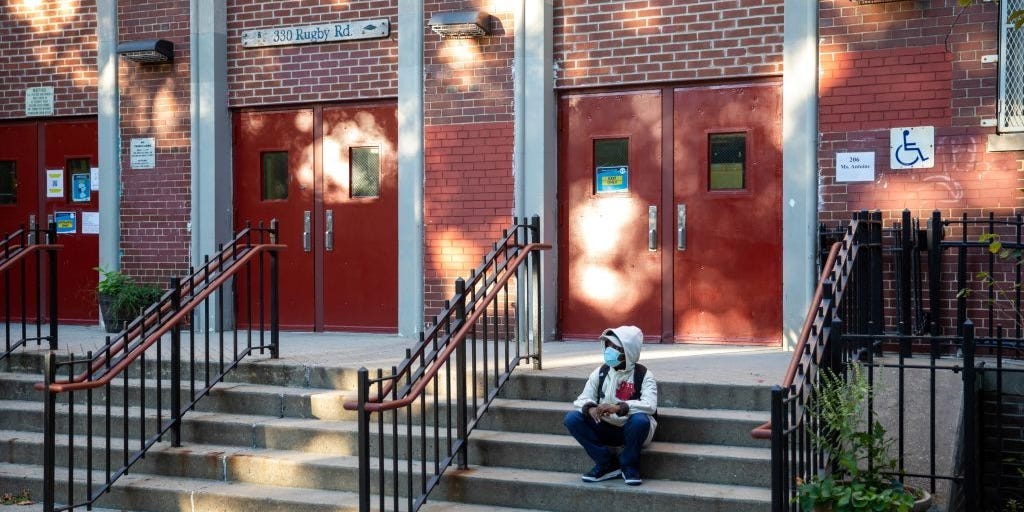 Economists largely agree that a lack of state and local government aid stifled growth after the financial crisis. A plunge in tax revenues led to cost-cutting, forcing public workers out of jobs and freezing key aid programs â€” despite federal efforts to revive a sputtering economy in 2009 through an $US830 billion stimulus plan under President Barack Obama.

In the four years following the financial crisis, state and local governments slowed economic growth by an average of 0.26 points each year, according to JPMorgan.

“The cuts state and local governments made were partially counteracting all the stimulus efforts at the federal level,” Ernie Tedeschi, policy economist at Evercore ISI, told Business Insider. “It’s like your right hand working against your left hand as you’re trying to dig yourself out of a hole.”

Now some of the pieces are lining up in a similar way a decade after the last recession. The federal government’s historic $US2 trillion stimulus package drove the first leg of this year’s rebound, buoying the economy as it regained just over half of the 22 million jobs shed in March and April. But experts say that the financial needs of states and local governments have only grown as the pandemic continues ravaging the country.

Their budgets are now coming under greater strain than in the early 2010s because of a one-two punch from the pandemic:Sharp drops in state income and sales taxes, followed by larger safety net and healthcare spending. Since states have to balance their budgets, painful cuts to social services like cash assistance or tax hikes may loom if they don’t receive more federal cash to close the gap.

“What I worry about is that lawmakers might be getting complacent now with positive economic data and thinking the recovery is self-sustaining at this point â€” when in fact there are a whole bunch of possible traps around the corner,” Tedeschi said.


Read more:
‘I’m getting a sense of deja vu’: A prominent bear rips into the argument that the stock market’s ‘obscene’ valuation is justified â€” and lays out why a Great Depression-like collapse could strike at any moment

The CARES Act that Congress and President Donald Trump signed in March included $US150 billion in aid for state and local governments under the Coronavirus Relief Fund. Yet those funds only cover pandemic-related expenses until December 30. Any unspent money must be returned after that date, even if it’s been earmarked for the future.

Additional state and local aid has proved to be a lightning rod disrupting the passage of another economic rescue package for months. Democrats are pushing to include it, warning of more layoffs among teachers, police officers, and firefighters.

Roughly 1.2 million government workers have lost their jobs during the pandemic, outpacing the public job losses seen during the financial crisis. The bulk of those job losses this year fell squarely on local governments, with K-12 and higher education shedding many positions.

Republicans, however, argue the measure would amount to a bailout of fiscally irresponsible states, with many GOP senators fiercely opposed to it. Senate Majority Leader Mitch McConnell slammed the idea of further money for state and local relief as “a slush fund” in a Senate floor speech on Friday.

“In what universe should emergency aid for small business be contingent on massive bailouts for state governments with no linkage to actual needs?” he said. “Democrats are acting like it’s more important to supply the Governor of California with a special slush fund than to help restaurant workers in California keep their jobs.”


Read more:
Morgan Stanley is warning that the stock market’s economic recovery trade may soon be over. Here are 4 strategies they recommend for finding the returns that still exist.

The latest $US908 billion economic framework from a bipartisan group of moderate senators contains $US160 billion in aid to cash-starved state and local governments. It remains unclear whether Congress will pass another relief package before the end of the year. But the fiscal element is only one layer of the federal government’s extraordinary response, which also includes the Federal Reserve.

While the Fed established an emergency lending program for states, cities, and counties, only the state of Illinois and the New York Metropolitan Transportation Authority have tapped the facility since it opened in June.

At the same time, the US is being battered by the most dangerous wave of the pandemic yet. The country reported 215,669 new COVID-19 cases on Thursday, according to The COVID Tracking Project. Current hospitalizations hit 107,258 and total deaths rose above 283,000. Several cities and municipalities have reinstated lockdown measures to curb the virus’s spread, bringing about a grim repeat of the economic weakness seen at the start of the pandemic.

To be sure, the CARES Act largely covered the decline in state and local tax revenues seen in 2020. But tax income is estimated to decline by $US167 billion in 2021 and another $US145 in 2022 before recovering, according to the Brookings Institution. With most of the federal government’s support already used up, a lack of fresh aid leaves governments on their own to find billions of dollars in new savings, likely through job cuts and slashed social programs.

“The way it’s looking at the moment, [past bills] aren’t going to have a countervailing effect to offset the loss of revenue in 2021,” Jonathan Wright, a professor of economics at Johns Hopkins University, told Business Insider.


Read more:
We spoke with Wall Street’s 9 best-performing fund managers of 2020 to learn how they crushed the chaotic market â€” and compile the biggest bets they’re making for 2021

Budget shortfalls stand to weaken the 2021 recovery in several corners of the economy. Hiring has nearly slowed to levels seen just before the coronavirus crisis, signalling continued job gains will be increasingly difficult to come by.

The stress on the labour market also comes as certain services such as public K-12 education and Medicaid are of greater need than before the pandemic, Wright said.

State and local governments will play a critical role in upcoming vaccine distribution efforts. While the Trump Administration has already ordered hundreds of millions of doses through Operation Warp Speed, governments will determine which populations receive the shots first and work with providers to roll out vaccination efforts.

The Centres for Disease Control has so far provided $US200 million to governments to prepare for vaccination programs. Yet CDC Director Robert Redfield estimated in September that governments would need $US6 billion to roll out vaccines. Separately, trade groups including the National Association of County and City Health Officials have said that more than $US8 billion would be needed to vaccinate the US population.

“If Congress were to give state and local governments no further relief at all, then they’re going to have to do an awful lot more on the public health side while still cutting their overall costs by 10%,” Wright said.

Aid for state and local governments is also viewed as one of the most effective parts of the CARES Act. According to the Congressional Budget Office, the multiplier for such aid reached 0.88, signalling the majority of stimulus dollars allocated to governments were spent efficiently. That compares to multipliers of 0.67 and 0.36 for expanded unemployment benefits and the Paycheck Protection Program, respectively.

Economists have also broadly agreed that state and local government support should be a top priority in future stimulus talks. In a survey of 33 economists conducted by FiveThirtyEight in July, 85% of respondents said that such aid should be among legislators’ top three priorities. More than a third said it should be of greatest importance.

“The danger is that we repeat those mistakes in this recession, and it would be truly tragic because the federal efforts to get us out of this economic hole have been even larger than they were in the Great Recession,” Evercore’s Tedeschi said. “It would be extra tragic if we let all of that good effort be counteracted by fiscal crises at the state and local level.”


Read more:
The FBI quietly scuttled plans to hire an outside contractor to help turn the page on a spying controversy from 2016 after Insider’s reporting