'We're really hitting the moment of truth': 5 Wall Street execs have sounded the alarm on a tough economic recovery ahead. Here's what they said. 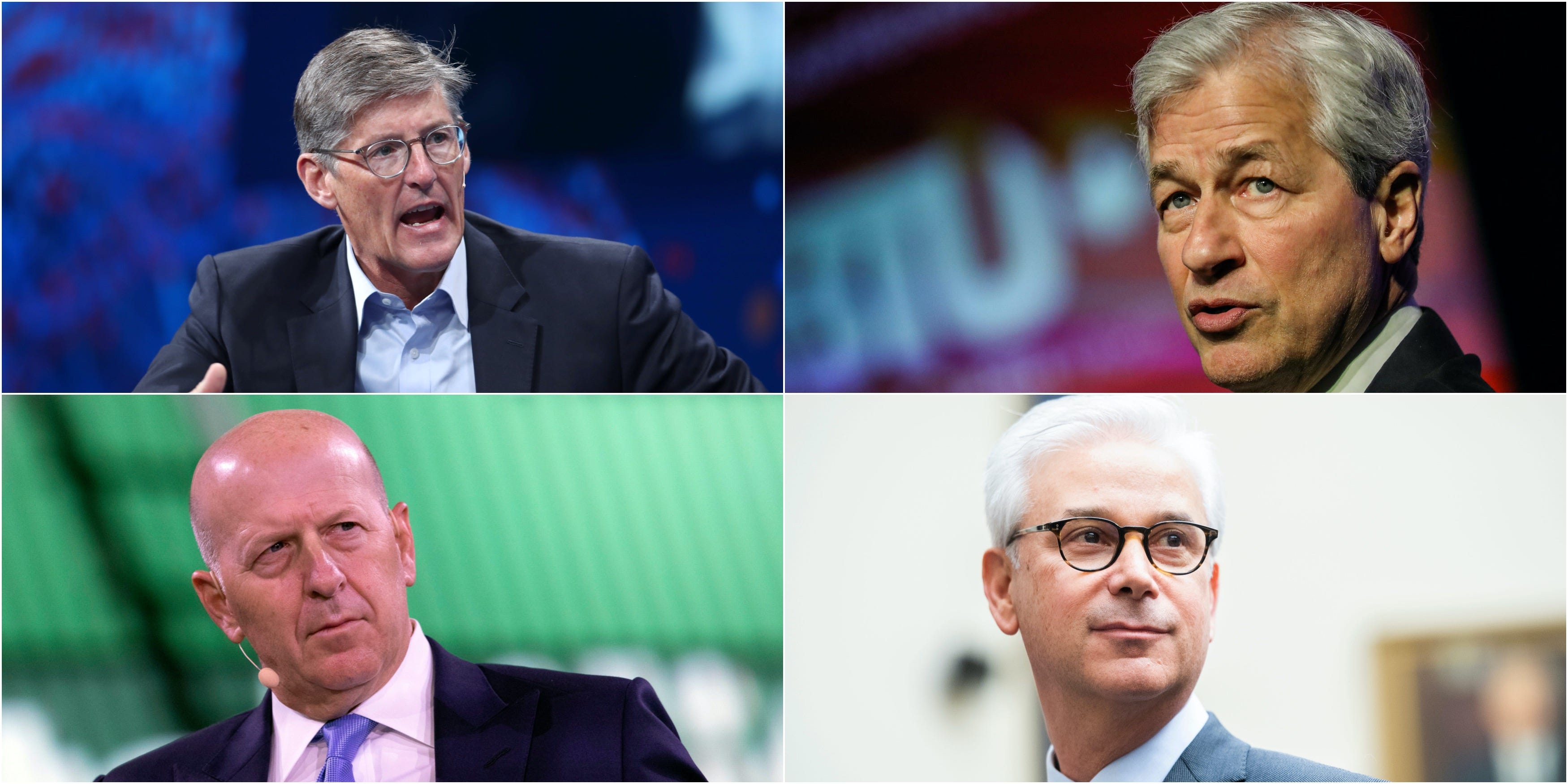 Surging coronavirus case counts and fears of a second US lockdown are prompting Wall Street’s biggest names to err on the side of caution.

Citigroup,Goldman Sachs, JPMorgan, and Wells Fargo all reported second-quarter figures this week to kick off earnings season. Wells Fargo was the only one to stumble, with larger-than-expected loan loss reserves prompting its first quarterly loss since the financial crisis. The other firms trounced analyst estimates and cited strong trading desk revenues for their rosy performances.

Yet top executives at each bank took on a markedly more bearish tone than their quarterly reports might have suggested. Many referred to their near-term outlook as “uncertain,” and some called for the second half of the year to be worse than expected just months ago.

With relief programs on the verge of expiration and virus cases trending higher, the banks’ leaders are bracing for economic gloom to continue.

Here’s what five top executives at four major Wall Street banks had to say about the nation’s economic future.

JPMorgan CEO Jamie Dimon wasted little time in reminding investors that the nation’s biggest bank isn’t yet in the clear. The bank still faces “much uncertainty regarding the future path of the economy,” he said in JPMorgan’s second-quarter report.

Dimon expanded on his warning in a Tuesday call with analysts, noting the path forward won’t be as clearly positive as the months following the economy’s virus-induced trough.

“You’re going to have a much murkier economic environment going forward than you had in May and June,” Dimon said, according to a Sentieo transcript of the call.

Among the forecasts for economic recovery includes the Federal Reserve’s projection of a W-shaped trend. The scenario sees the virus return “in a big way in the fall and you have to shut down the economy again,” Dimon said.

“Obviously, we’ve got to be prepared for that, too. We don’t know the probability of that,” he added.


Read more:
Paul Andreola has a long track record of finding tiny stocks that deliver 10-times returns. He lays out the 4 criteria he looks for when seeking the next explosive pick.

Dimon wasn’t the only leader preparing for economic turbulence. Jennifer Piepszak, the bank’s chief financial officer, told analysts the short period of a smooth uptrend is ending and set to be replaced with a far less stable kind of turnaround.

“May and June will prove to be the easy bumps in terms of this recovery. And now we’re really hitting the moment of truth, I think, in the months ahead,” she said.

The hardest hit of the Wall Street giants, Wells Fargo dashed hopes for the next quarter to bring a significant bounce-back from current levels of activity.

“Our view of the length and severity of the economic downturn has deteriorated considerably from the assumptions used last quarter,” CEO Charles Scharf said in a call with analysts.

The chief executive pointed to nearly expended aid programs as an ominous sign of where a second downturn could begin. Government stimulus through the Paycheck Protection Program and expanded unemployment insurance “provided a safety net for many,” but the risk of their expiration raises “the possibility of more economic hardship ahead,” Scharf said.

The CEO also introduced a loose plan to bring Wells Fargo’s performance more in line with its better-faring peers. Scharf criticised the bank having “too many management layers” and assured investors he would focus more on streamlining the bank’s operations.

“For us to bring our level of efficiency close to our peers, the maths would tell you we need to eliminate over $US10 billion of expenses,” he said. “This will be a multiyear effort for sure but would like to see a reduction in expenses next year.”

Goldman Sachs: ‘You’ll see a flattening in that economic pickup’

Goldman Sachs reported a blockbuster increase in revenue over the quarter as trading desks benefited from market volatility and increased liquidity. CEO David Solomon praised the firm’s insulation from the greater downturn but was wary of the economic recovery decelerating through the end of 2020.

“With an increase in viruses and this uncertainty persisting, I think you’ll see a flattening in that economic pickup, and that will slow the progress we make economically from here,” he said on a call with analysts, adding “the economic repercussions of this will play out over the medium term.”

Citigroup: ‘Grip on the economy’

Citigroup CEO Michael Corbat joined economists in highlighting an effective vaccine as the silver bullet for killing the virus’s lasting damage. Pfizer, Moderna, Gilead, and several other biotech firms are locked in a race to introduce the first such treatment. Until a vaccine reaches the market, the virus will continue to place a significant drag on economic recovery, Corbat said.

“The pandemic has a grip on the economy, and it doesn’t seem likely to loosen until vaccines are widely available,” he said.

He continued: “I don’t think anybody should leave any bank earnings call this quarter simply feeling like the worst is absolutely behind us and it’s a rosy path ahead.”