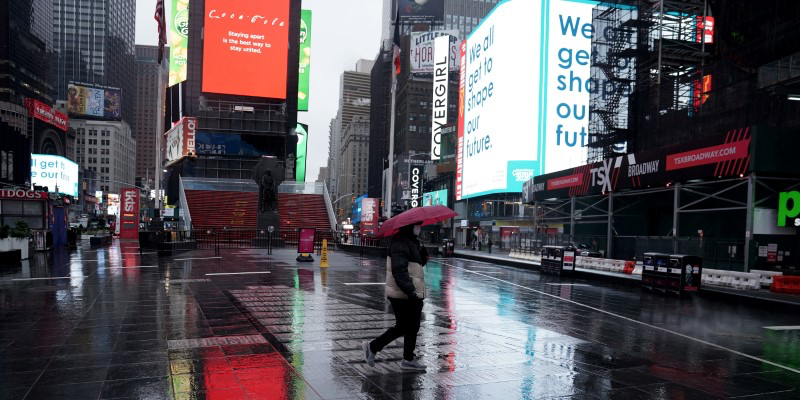 The coronavirus pandemic fuelled the biggest US economic slump on record in March, according to data from analytics firm IHS Markit.

The company’s composite purchasing managers index slipped to 40.5 from 49.6 in February, marking an all-time low for IHS Markit’s metric and its steepest single-month drop since October 2009. The composite gauge tracks the nation’s manufacturing and services sectors.

The report is among the first economic data releases to reflect the pandemic’s economic toll in the US.

IHS Markit’s services gauge plunged by 10.3 points to 39.1 in March, another record low and marking a sharp contraction for the sector as the coronavirus forces self-quarantine activity and non-essential business closures across the US. Economists surveyed by Bloomberg expected the metric to reach 42 this month.

The firm’s manufacturing index fell to its lowest point since August 2009, sliding to 49.2 from 50.7. Both production and new orders slumped the most since the financial crisis. Several firms surveyed attributed the hit to the virus outbreak and the resulting surge in protective activity.


Read more: As energy experts come to grips with the ‘black swan’ coronavirus and plunging oil, 4 of them share their outlook for the struggling industry – and assess the economic fallout

Several major banks have already called for the US to enter a recession in the first half of 2020, and IHS Markit’s March release further supports such hypotheses, Chris Williamson, the firm’s chief business economist, said. The latest data suggests the coronavirus-fuelled contraction will only intensify as spending slows and companies cut costs to stay profitable.

“The survey underscores how the US is likely already in a recession that will inevitably deepen further,” Williamson said in a statement. “The March PMI is roughly indicative of GDP falling at an annualised rate approaching 5%, but the increasing number of virus-fighting lockdowns and closures mean the second quarter will likely see a far steeper rate of decline.”

A recession is commonly defined as successive quarters of economic contraction. Any reading below 50 on IHS Markit’s gauges indicates contraction.

Employment in the services sector sank at its fastest pace since last October, according to IHS Markit, echoing the worse-than-expected jobless data released Thursday. Weekly unemployment claims spiked to a two-year high in the week ended March 14 as business closures and quarantine activity drove mass layoffs.

“Jobs are already being slashed at a pace not witnessed since the global financial crisis in 2009 as firms either close or reduce capacity amid widespread cost-cutting,” Williamson said.

Companies also expect output to remain the same over the next 12 months, highlighting their uncertainty around the virus and “representing the gloomiest outlook yet recorded by the survey,” IHS Markit said.


From Broadway receipts to NBA attendance, these 6 charts from JPMorgan show the sudden collapse of key US industries as a coronavirus recession looms


‘Historically attractive’: BlackRock’s bond chief who oversees $US2.3 trillion told us 5 places to buy the dip as the coronavirus crisis ravages markets