'Ferocity not previously seen in recent history': US economic output plunged the most since 2009 in April as the coronavirus lockdown spread 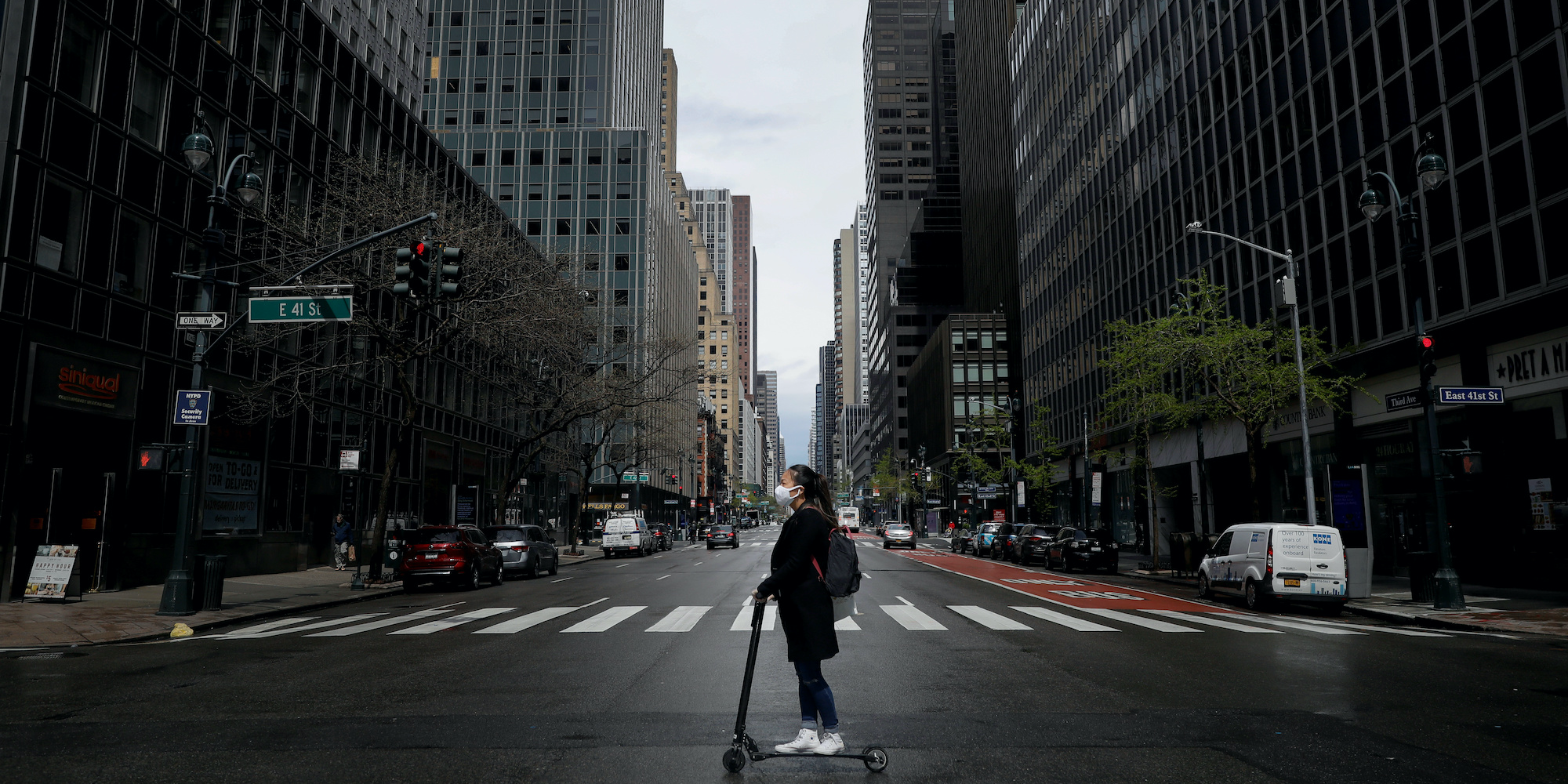 The US manufacturing and services sectors posted their biggest declines since the financial crisis as the coronavirus threat escalated through April, IHS Markit said in a Thursday release.

The firm’s US Composite Output Index, which tracks both parts of the economy, tanked to 27.4 in April from 40.9 the month prior, marking the fastest decline in business activity since IHS began tracking the data in late-2009. Its services-specific index, which tracks two-thirds of the US economy, sank to 27 from 39.8. Manufacturing tumbled to 36.9 from 48.5.

Any reading below 50 suggests a contraction in sector output.

“The COVID-19 outbreak dealt a blow to the U.S. economy of a ferocity not previously seen in recent history during April,” Chris Williamson, chief business economist at IHS, said in a statement. “The deterioration in the flash PMI numbers indicates a rate of contraction exceeding that seen even at the height of the global financial crisis, with jobs also being slashed at a rate far exceeding anything previously recorded by the survey.”


Read more:
The CEO of a $US29 billion asset manager who’s steered his firm since 9/11 told us why pessimism about the coronavirus crisis is overblown – and shared 3 stock picks for a new normal in healthcare

Firms surveyed by IHS don’t see a recovery arriving any time soon. Economic outlook for the coming year turned pessimistic for the first time since the series began in 2012. Some businesses revealed hope for a third-quarter rebound, IHS said, yet more expressed worry around when the virus threat might abate and how long emergency relief policies could hold strong.

IHS also released similarly bleak economic readings throughout the eurozone on Thursday. The worsening metrics suggest a global recession will escalate through the second quarter before any recovery is staged.