7 Low-Effort Ways You Can Burn More Calories Every Day While marathon sweat sessions can kick your metabolism into high gear, there’s a faster, better way to rev up your fat-burning potential. Below are seven seriously simple moves that will slash through more calories than minutes.

“Your metabolism is the sum of everything your body does to convert food into energy,” says Jim White, R.D., an American College of Sports Medicine-certified health-fitness instructor and the owner of Jim White Fitness & Nutrition Studios in Virginia. “So while you can’t change how many calories it takes to keep your brain humming and your heart beating, you can help your body burn an extra 500 calories or more each day by implementing some easy lifestyle strategies.”

1. Turn Down the Temperature

Your body loves to sit pretty at 98.6 degrees, so if you throw off your internal temperature, your body will burn more calories to raise it back to where it belongs, White says. In fact, researchers from Humboldt University found that drinking two litres of ice-cold water can up your metabolic burn by about 95 calories per day, while in a new study by the National Institute of Health Clinical Center, people who slept in a 66-degree room burned more than 7 per cent more calories than those who snoozed at 75 degrees.

A meal’s not a meal unless it contains lean protein, says White. Why? Protein contains the amino acids your body needs to produce metabolism-revving, calorie-burning muscle. “Every pound of muscle gained increases your metabolism by 20 to 30 per cent,” he adds. Each day, aim to eat one gram of lean protein (from sources like chicken, fish, grass-fed beef, or eggs) for every pound of body weight. Vegetarian or vegan? Swap meat out for nuts, seeds, dark greens (kale packs a protein-rich punch), and, if you eat them, eggs and Greek yogurt.

Found in green tea, epigallocatechin-3-gallate (EGCG for short) gets a lot of attention for its disease-fighting properties. But it turns out this little antioxidant can make a big difference when it comes to numbers on a scale. Research in The American Journal of Clinical Nutrition shows that the compound can up your metabolic rate for a full 24 hours by increasing your energy production from digestion of fats. While a few cups a day should be enough to move the needle over time, that’s only if you opt for high-quality brews. Cheap-o brands often don’t contain enough of the fat-burning ingredient to increase metabolism, says weight-loss specialist and board-certified internist Sue Decotiis, M.D. Try Teavana Gyokuro Imperial Green Tea. Brewed from loose green-tea leaves, it packs 86 milligrams of EGCG per serving, the most of any teas studied in a recent Consumer Lab study.

More muscle = less fat. But who wants to spend hours sweating it out with strength sets when you can opt for quick, high-intensity resistance training? Brief workouts using heavy weights can increase your metabolism by 452 calories for the following 24 hours, according to recent research in the Journal of Translational Medicine. That’s 354 calories more than the increase experienced after traditional low-intensity strength training (and it takes just four sets of 8 to 10 reps).

Here’s how it works: The harder your muscles work, the more post-workout rebuilding they have to do, which burns calories and elevates metabolism-revving hormones, according to researchers. The best part? In the study, the high-intensity resistance trainers completed only three exercises. Talk about time-saving.

5. Spice Up the Menu

Capsaicin, which gives peppers and spices their heat, can also fire up your fat burners. Eating spicy foods regularly can increase your body’s production of heat as well as the activity of your sympathetic nervous system (responsible for both the fight-or-flight response and spice-induced sweating) by about 50 calories a day, which translates to a full five pounds of fat lost in a single year, Decotiis says. While cayenne, chilli peppers, and jalapeños are great, the hotter the pepper, the better. The ridiculously spicy Korean pepper gochu (which just happens to be slang for “penis”) is believed to have the highest calorie burn out there and is typically sold as a paste, called gochujang.

Not getting enough sleep affects more than just your energy the next day; it throws off your levels of of leptin and ghrelin, the hormones that help regulate energy use and appetite. Research from Stanford University and the University of Wisconsin shows that regularly clocking just five hours of sleep reduces levels of leptin by 15.5 per cent and increases levels of ghrelin by 14.9 per cent. When it comes to a healthy metabolism, shoot for nine hours a night, suggests research from the University of Washington Medicine Sleep Center.

As you already know, processed foods and nonorganic fruits and vegetables contain chemicals that can interfere with your body’s basic metabolic pathways, says Decotiis. Glyphosate (a common herbicide), bisphenol (a plastic-hardening chemical used in canned-food linings and other food containers), and meats and poultry from hormone-fed livestock have been singled out for leading to obesity. Whenever possible, skip the packaged goods for fresh ones. Always choose organic versions of apples, bell peppers, celery, strawberries, cherries, lettuce, and pears over their nonorganic counterparts, which tend to have the highest levels of metabolism-stalling pesticides out there. 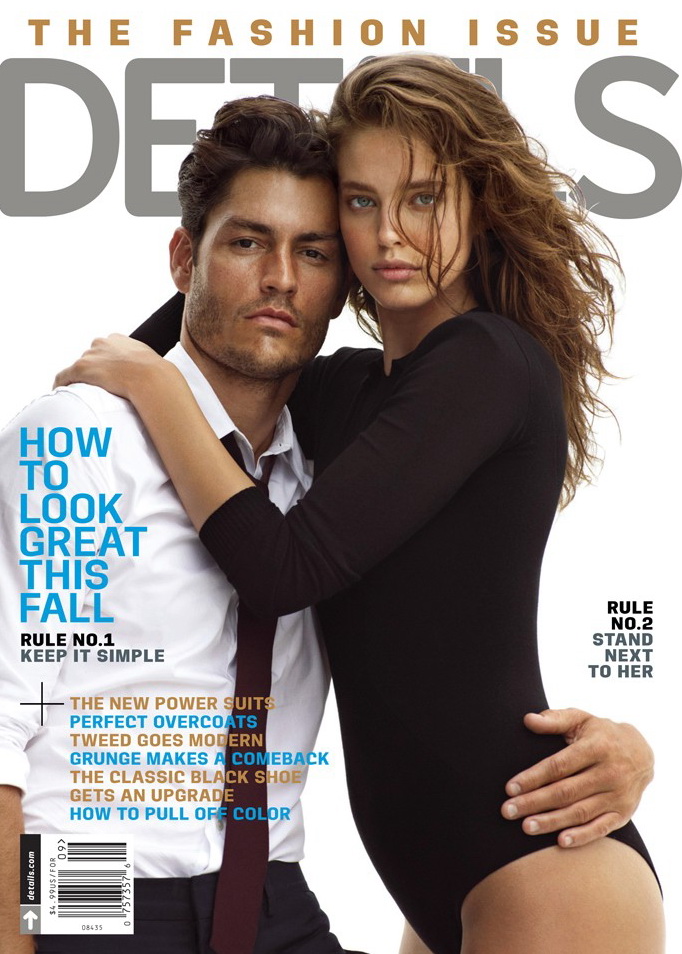 7 Trends You’ll Be Wearing This Fall

The Virility Diet: What To Eat For Better Sex

The Complete Guide to Suits: 57 Rules of Style

5 Foods That Make You Look Younger

14 Healthiest Snack Foods You Can Buy