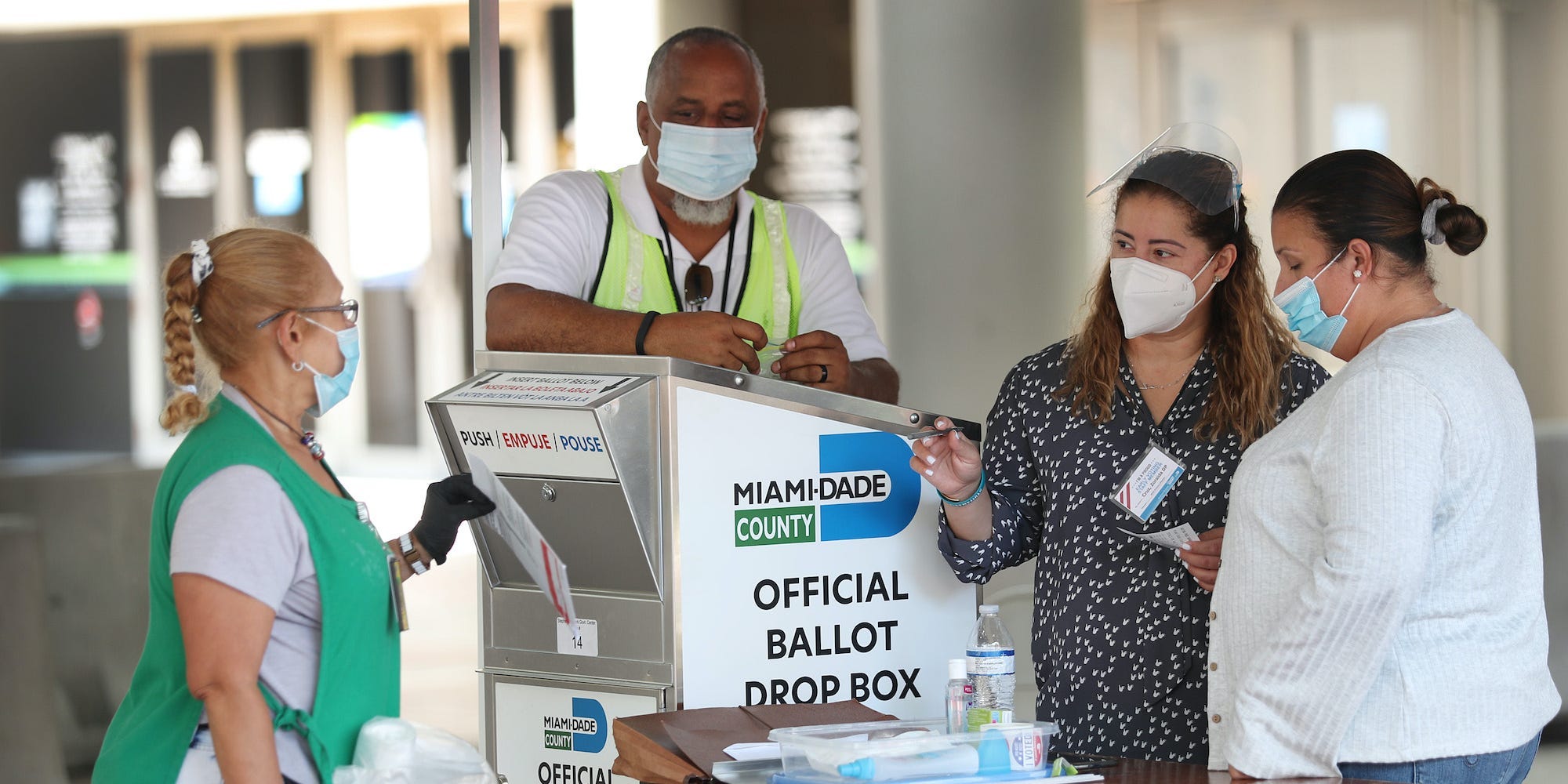 Photo by Joe Raedle/Getty ImagesMIAMI, FLORIDA – AUGUST 11: Poll workers help a voter put their mail-in ballot in an official Miami-Dade County ballot drop box on August 11, 2020 in Miami, Florida. The secure drop boxes at polling stations allow voters to drop off the state’s Primary Election Vote-By-Mail ballots and skip any voting lines as people try to vote and stay healthy during the coronavirus pandemic. The ballot drop box is also a way to securely deliver a voting ballot to the polling station and not have to mail the Vote-By-Mail ballot through the U.S. Postal Service.

Election Day is 19 days away but more than 17 million Americans have already cast their vote, according to the US Election Project,

In several swing states, more than twice the number of people have already sent in their ballot compared to 2016.

More than two million people have already voted in Florida, roughly twice the 992,584 early votes cast in 2016, CNN reported. And according to The Hill, that’s 20% of the total voter turnout the state had in 2016.

“We’ve been doing that work, you know, really encouraging people to vote by mail or vote early because we know that it’s so important to make your voice heard,” Andrea Mercado, executive director of the voting rights group New Florida Majority told The Hill.

Politico reported that while Republicans have previously had an advantage in early voting in Florida, this year Democrats are in the lead by a 384,000-vote margin as of Tuesday.

Nearly 139 million Americans voted in 2016, with a little over 46 million votes cast early in the entire year. By comparison, this year’s early voting so far is about 17% of the total votes cast in 2016.

A number of voters have chosen to cast their ballots by mail to limit their exposure to COVID-19, which has been raging unabated in the US for eight months, with no end in sight. Eight million Americans have been infected by the virus thus far, and more than 217,000 people have died, according to data from John Hopkins University.