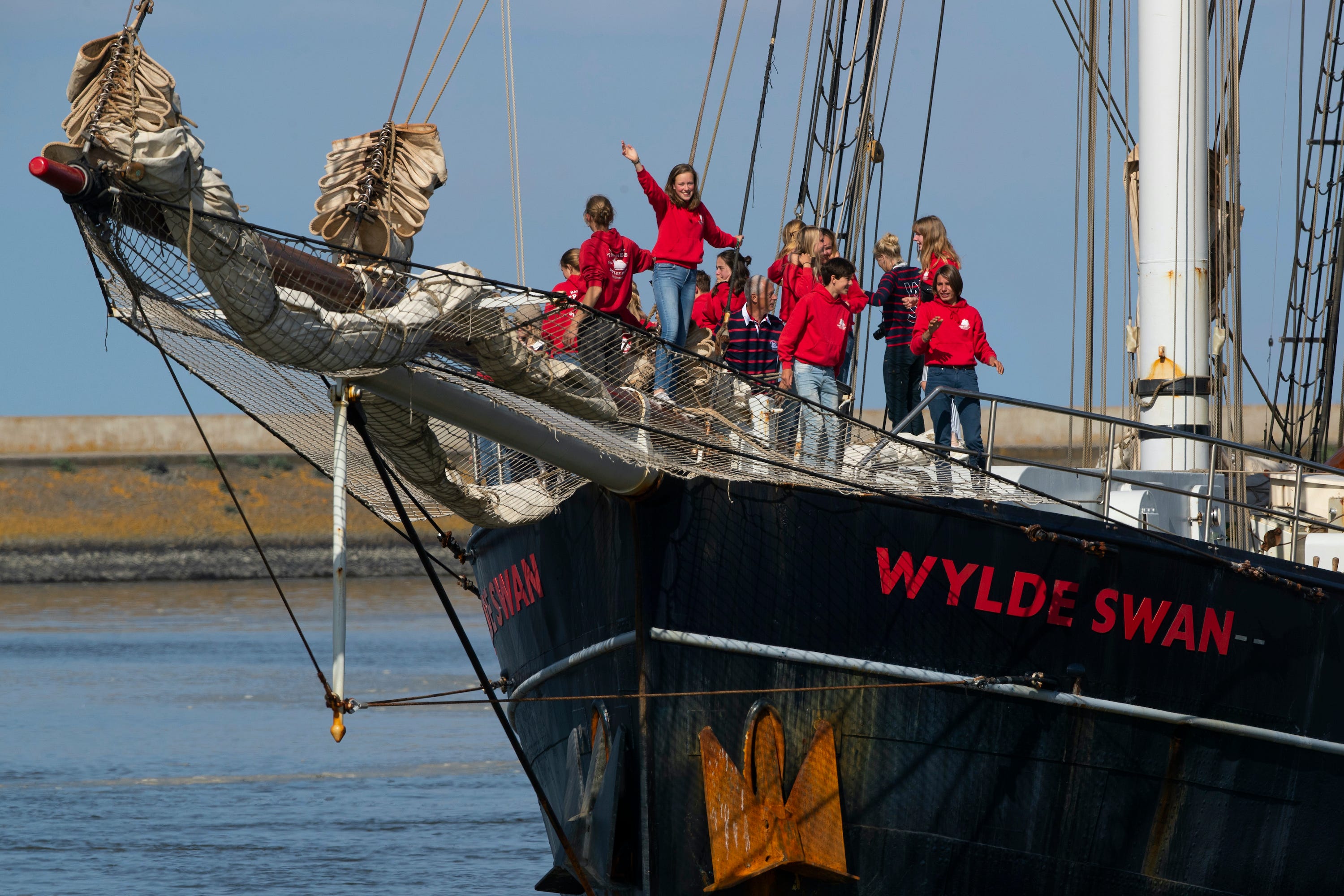 Peter Dejong/AP PhotoA group of 25 Dutch teens reaches the port of Harlingen, northern Netherlands, on April 26, 2020. The teenagers sailed across the Atlantic after coronavirus lockdowns prevented them flying out of Cuba.

Coronavirus restrictions upended the travel plans of 25 Dutch high school students, forcing them to embark on a five-week voyage across the Atlantic Ocean.

Now, they have finally come home.

The group, which included 12 crew members and three teachers, sailed nearly 4,500 nautical miles aboard a 200-foot twin-masted schooner called Wylde Swan, according to the Associated Press.

The ship docked at the port of Harlingen in the northern Netherlands on Sunday, where they were greeted by overjoyed family members and pets, flares, and a smoke grenade.

The teenagers, ranging from 14 to 17 years old, were on an educational cruise of the Caribbean, the Associated Press reported, where they had anticipated sailing for six weeks. However, in mid-March, port and border closures enforced by the world’s governments in response to the pandemic made it impossible for the group to fly from Cuba to Europe as originally planned.

So, they pivoted – stocking up on warm clothes, food, foul-weather gear, and other supplies before beginning the long trip home.

During a pit stop in the Azores, off the coast of Portugal, local authorities stopped the passengers from disembarking, Reuters said.

Floor Hurkmans, 17, told Associated Press that the experience taught her the value of being flexible.

“Everything is changing all the time,” she said. “The arrival time changed like 100 times. Being flexible is really important.”

“You have to learn to adapt, because you don’t really have any choice,” she said in a video interview shared with media outlets. “My first thought was: how am I going to do this with the clothes I have, and is there enough food on board?”

The teens created a “Bucket List” banner and checked off crossing the Atlantic Ocean, swimming in the middle of the ocean, and surviving the Bermuda triangle, the Associated Press reported.

Parents drove their cars to the ship one at a time so they could greet their children while following social distancing guidelines.

Hurkmans’ mother, Renee Scholtemeijer, told the Associated Press that she expects her daughter to miss her adventure when she realises the impact of the coronavirus on life at home.

“I think that after two days she’ll want to go back on the boat, because life is very boring back at home,” Scholtemeijer told the Associated Press. “There’s nothing to do, she can’t visit friends, so it’s very boring.”

The cruise is organised by Masterskip, which leads five such academic trips for 150 students throughout the year. Its director, Christophe Meijer, told the Associated Press that the company closely supervised all the students, who continued their education on the voyage, to make sure that no one picked up the coronavirus.

“The children learned a lot about adaptivity, also about media attention, but also their normal school work,” he said. “So they are actually far ahead now of their Dutch school colleagues. They have made us very proud.”