The Los Angeles Kings won a pivotal Game 3 and now trail the Chicago Blackhawks 2-1 in the Western Conference Finals.

But when the two teams meet in Game 4, the Blackhawks may be without one of their defenseman after an ugly slash that was mostly unintentional.

After getting tangled up with Jeff Carter, Keith tried to retrieve his glove and it appeared that Carter tried to push the glove away. At that point Keith swung his stick at Carter, hitting him in the mouth. Keith immediately tried to apologise not intending to hit Carter in the face.

Keith was given a double-minor penalty. But he could also be facing a suspension.

Bob McKenzie of TSN points out that intent doesn’t matter. Keith still swung the stick and it is his responsibility what happens.

It also doesn’t help that Keith has previously been suspended by the NHL for a dirty play. In 2011-12, Keith received a 5-game ban for elbowing an opponent. Here’s the video from the latest incident: 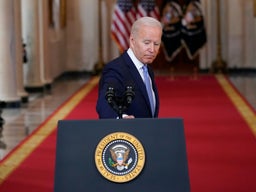