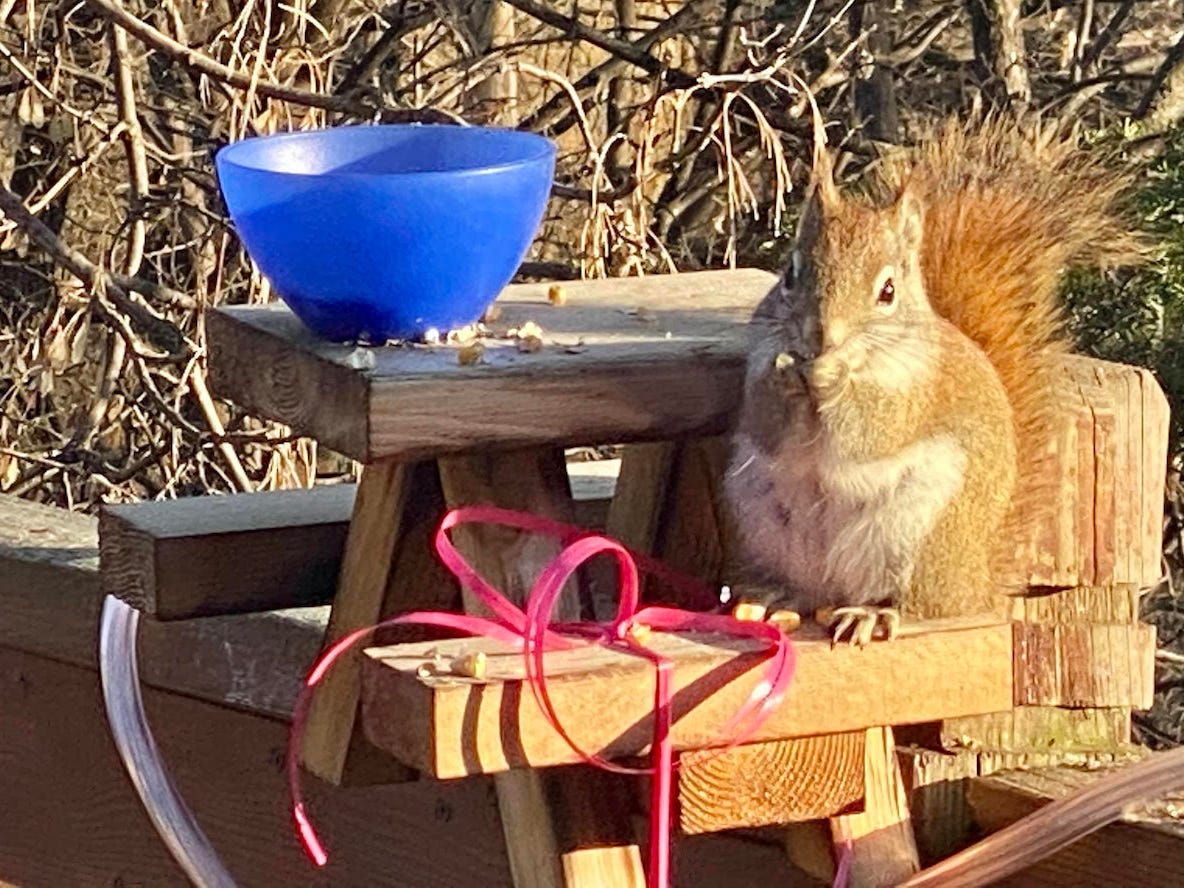 Katy MorlokLittle Red usually just enjoys nuts and seeds from his blue bowl, but he was greeted with a surprise on Friday.

A squirrel in Minnesota went a little too hard a little too early this Thanksgiving season after eating some fermented pears.

Katy Morlok of Inver Grove Heights told Insider that on Friday she left some old pears out for her neighbourhood squirrels to enjoy and then caught one of them swaying back and forth. The squirrel appeared to be drunk.

She captured the event in a video that has since been viewed over 102,000 times.

Morlok told Insider that it all started when she cleaned out her fridge.

She found some old pears and, after doing some research, decided it was OK to set one outside for the squirrels.

One squirrel, nicknamed Little Red, quickly grabbed the pear and seemed to like it, so Morlok set out more. An hour later, when Little Red returned for more, Morlok noticed that Little Red appeared to be tipsy. 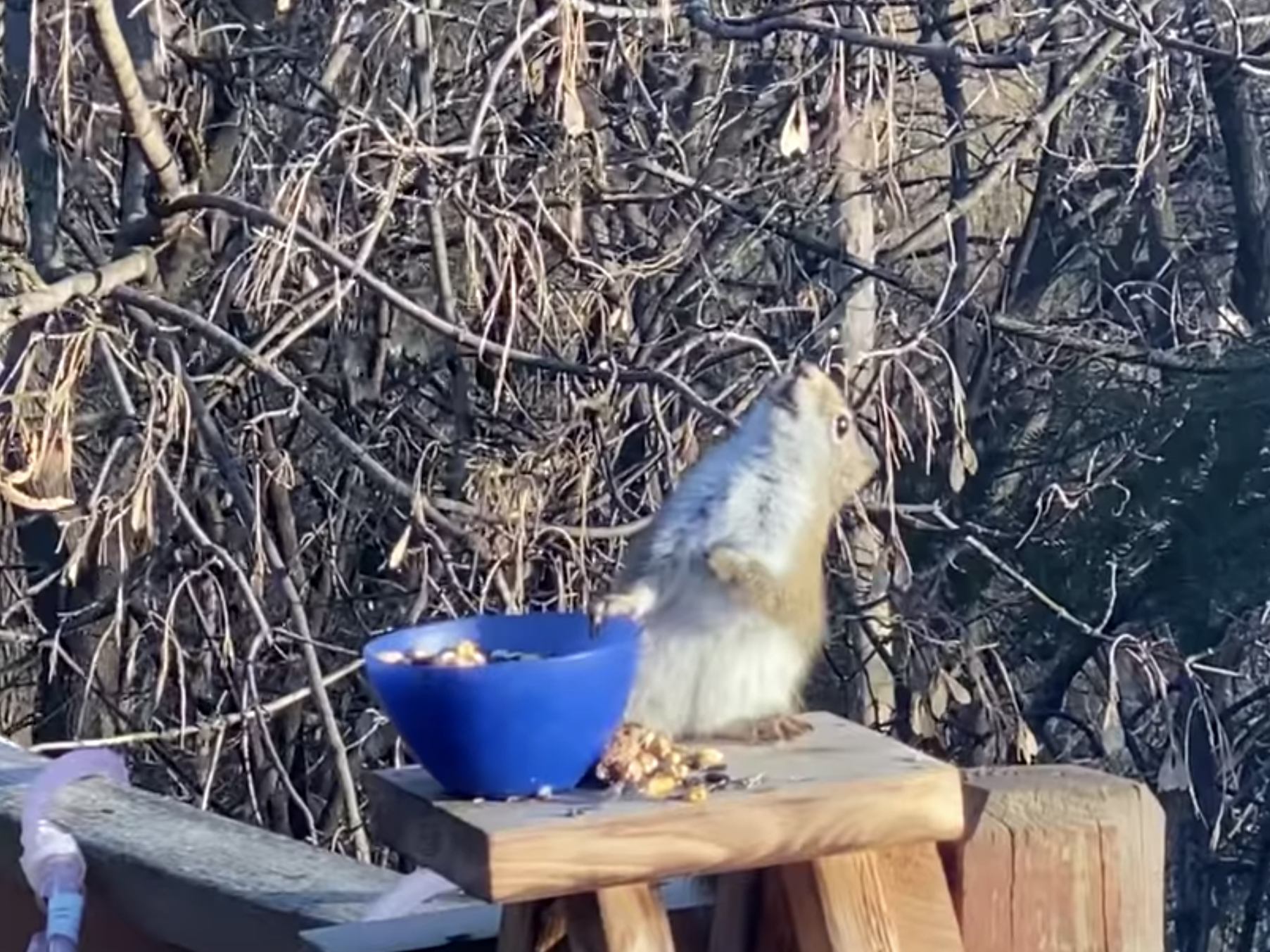 PiggyGirl2010/YouTubeThe squirrel was tipsy after eating some old pears that had fermented.

She realised that the pears might have been so old that they had fermented. She told Fox 9 that she hadn’t intended to get the squirrel drunk.

“And then it kind of dawned on me … oh no, those pears were so old I bet they fermented,” Morlok said. “And then he got drunk and I did not mean to do that so I went out and I grabbed all the pears.”

But not without taking a video first.

As he enjoys his snack, he begins to lean back. Just before he tips over, he snaps back to reality, then begins the cycle of nearly falling over again.

Commenters said the tipsy squirrel gave them a great laugh.

“This just made my morning,” one person said. “It’s good to know I’m not the only one who can’t handle the sauce.”

Morlok told Insider that feeding squirrels had become a fun pastime during the pandemic.

Morlok said that while she had been feeding the squirrels in her neighbourhood since 2019, it had become an even bigger hobby since she began working from home in April.

“Watching the squirrels brings me such joy,” she said.

As for Little Red, the squirrel may have just had a minor hangover.

Morlok said Little Red came back to the feeder the next morning and seemed fine. “This was an accident with a happy ending,” she said.