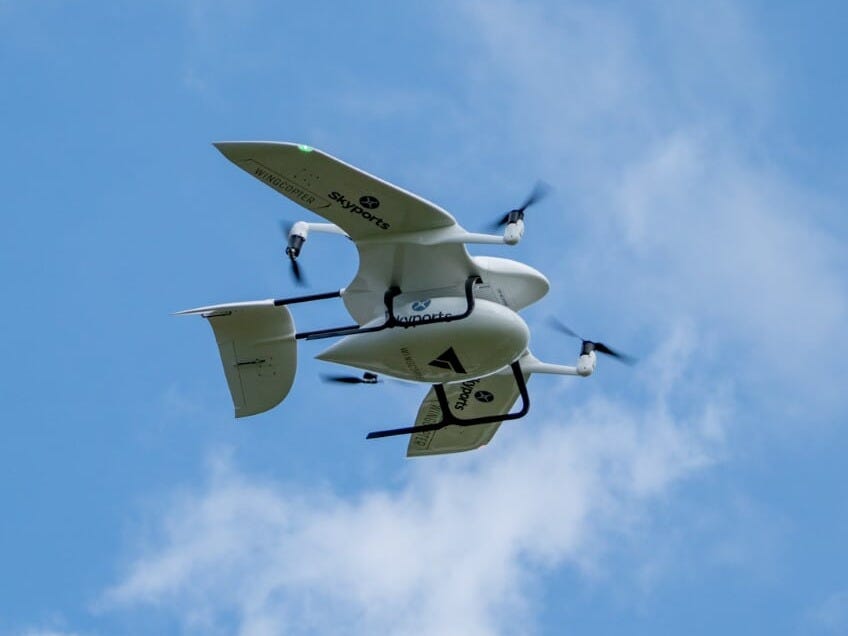 SkyportsOne of the drones being used to ferry PPE to the Isle of Mull.

Drones will be used to deliver coronavirus tests and personal protective equipment to a hospital an island off the West coast of Scotland.

Drone company Skyports announced Tuesday it has started a drone delivery trial for the NHS, ferrying supplies between a hospital on the Scottish mainland and one on the Isle of Mull.

The journey is only ten miles but involves a ferry. According to Google Maps, the journey takes roughly an hour and 15 minutes, and the ferry only goes three times per day. Skyports says the drones can make the journey in 15 minutes and on-demand. 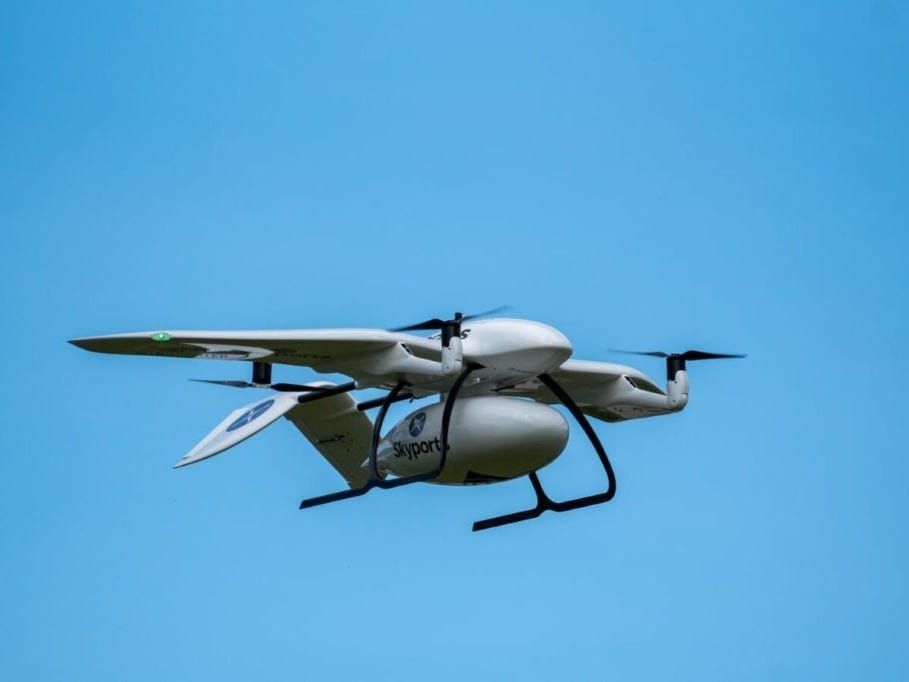 “As COVID-19 testing rapidly gathers pace in the UK, the proposed delivery service will help to ensure that isolated communities have access to tests, delivered in a fast and efficient way,” Skyports wrote in a statement.

Although Skyports is conducting the trial, the drones themselves were provided by drone tech company Wingcopter, and will be piloted using a drone management system built by aerospace company Thales.

The trial will last for two weeks, and significantly will involve drone pilots flying the devices out of their line of sight – something which was previously banned by Britain’s Civil Aviation Authority (CAA).

According to its statement if the trial goes well Skyports plans to roll out the program more broadly in the UK.

The UK has been conducting another drone trial elsewhere in the country, ferrying personal protective equipment by drone from three hospitals in Hampshire, a county in southern England, to a hospital on the Isle of Wight, an island off England’s south coast, and back again. The drones eventually could be used to deliver time-sensitive supplies, such as blood and organs.