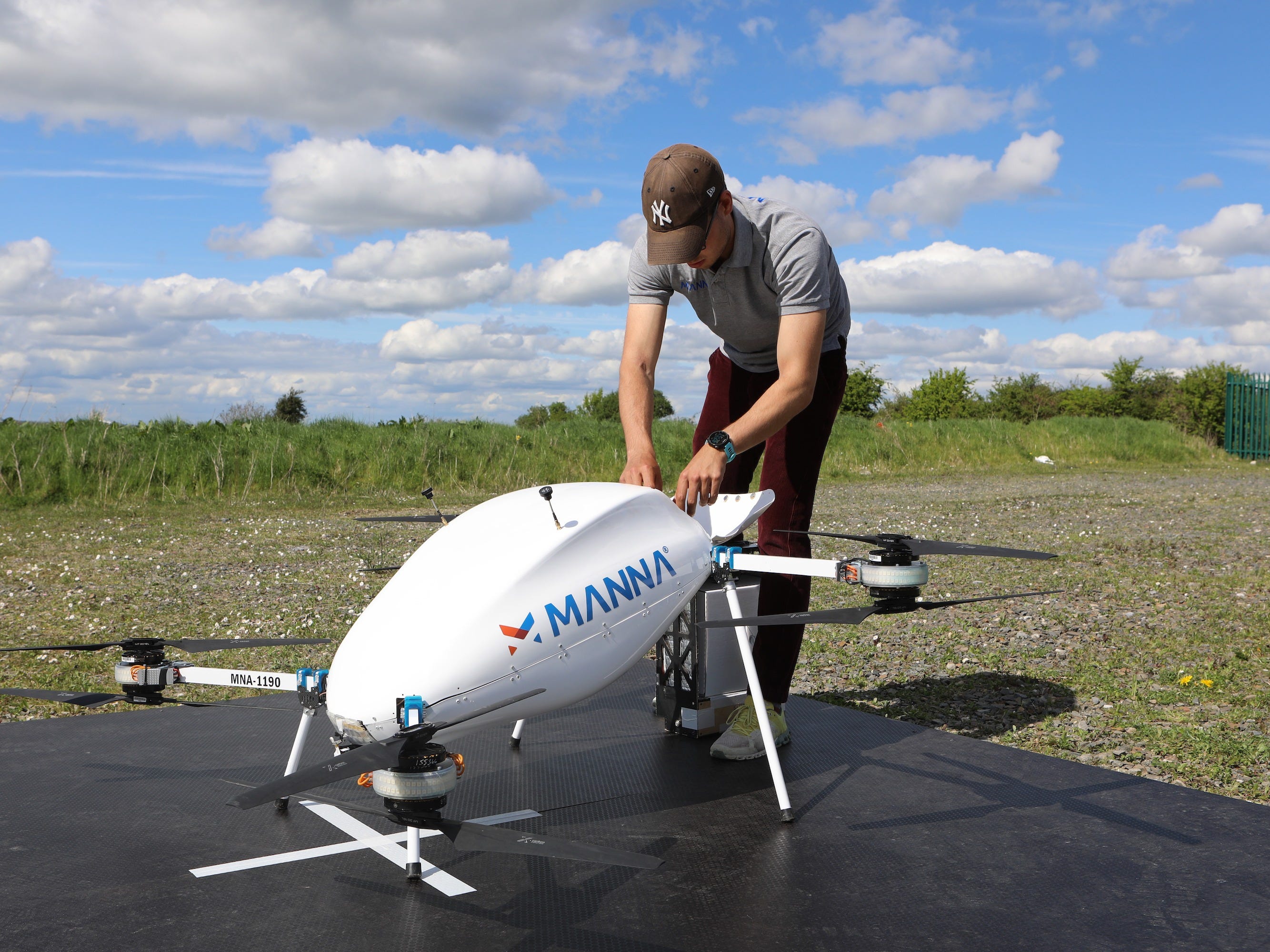 MannaDrone-delivery company Manna has been delivering packages to residents in Moneygall, Ireland.

Before the coronavirus pandemic hit, Irish drone-delivery startup Manna was set to make its mark in a big way – by delivering Ben and Jerry’s ice cream to students in Dublin.

The startup had been going since late 2018, and had struck a deal with Just Eat and Unilever to deliver Ben and Jerry’s to the 30,000 students of University College Dublin starting on March 18.

But as the date drew closer and the reality of the coronavirus pandemic started to sink in, it became clear that lockdown was on the way, and Manna CEO Bobby Healy decided to change tack. Ice cream is all well and good, but with people in rural communities having to isolate themselves, Healy felt Manna’s drones could be put to a more civic use: delivering prescription medication and groceries.

“We said, ‘Look, as a contingency plan, if lockdown happens, we’d like to be able to deliver pharmaceutical products, some prescribed meds, and critical food supplies,'” Healy told Business Insider.

The HSE designated Manna an essential service, and, according to Healy, it took the company about a week to flip the switch and get ready.

For the first trial of their service, Manna picked the village of Moneygall, which has a population of around 1,000 people and a nicely central convenience store.

“The pivot wasn’t so much a pivot for us – it was really just an acceleration of our original plan.

“We’d always planned to do not just food but pharmacy, convenience store, and really everything that the local community wanted,” Healy said.

The trial has now been running for six weeks, with just one of Manna’s drones making between 20 and 50 deliveries a day, with a maximum carry weight of 2 to 4 kilograms (or about 4.5 to 9 pounds).

Once it got going, Manna broadened the deliveries beyond essentials like medication, bread, and butter. Residents in Moneygall phoned in to request Fanta, puncture-repair kits, and, in one instance, a cake for a 7-year-old’s birthday party.

Healy said the oldest resident to use the service is the parish priest, who is 85, when the priest ordered a pizza. When Healy met with the owner of the local convenience store about launching Manna, he said the priest’s regular Thursday-night pizza order is the only delivery the town really makes.

“It was always my plan to replace that one delivery,” Healy said.

Insider’s Sinead Baker has visited the convenience store that Manna distributes from; it is attached to a gas station dedicated to Barack Obama, whose great-great-great-grandfather was born in Moneygall. On road signs it touts itself as “President Obama’s Ancestral Village.” 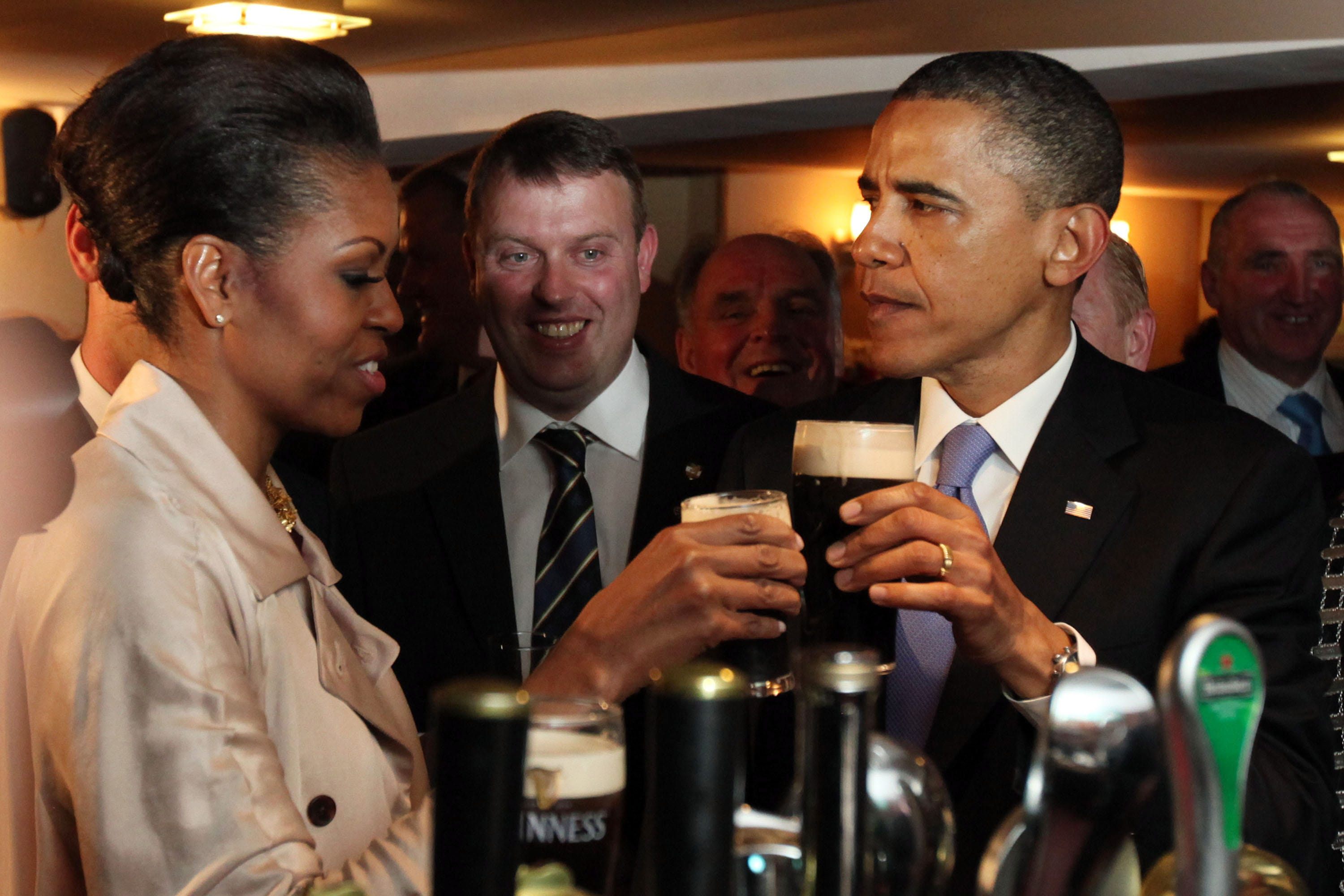 REUTERS/Maxwell’s/PoolPresident Barack Obama with his wife, Michelle, in Moneygall in 2011.

Manna has taken a week’s break following the trial and is getting back to work on Monday. It’s also planning to expand a second slightly larger town, although the company hadn’t settled on which one when Business Insider spoke with Healy on Wednesday.

“If you look at their business models, they only work in a highly densely populated area,” said Healy, saying in the future he could even see Manna partnering with food-delivery startups. 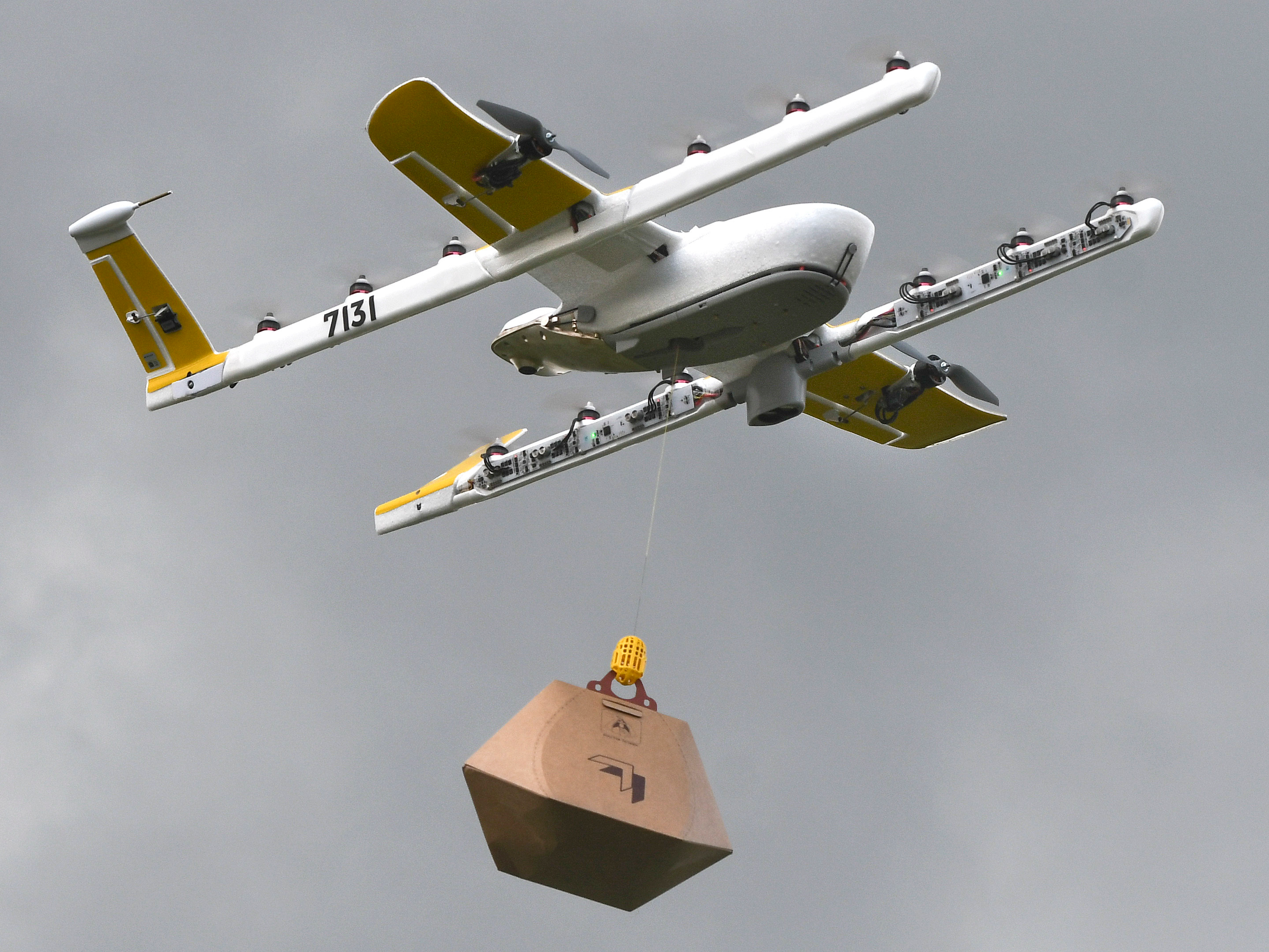 “They’re the ones that I would say, look, if anyone’s going to really go for this, it’s going to be Alphabet, and they’re ready to scale.”

Healy thinks Manna can still sidestep being in direct competition with Wing.

Manna is looking to kick off a third round of funding in the coming months, something Healy said the company had planned to do in Q3 or Q4 pre-pandemic.

“We pushed that slightly forward and with a much more aggressive growth plan for the next 18 months,” he said, adding: “We’ll be raising $US15 million to $US20 million.” To date, Manna has raised $US5.2 million.

Healy hopes that in the near future investors and consumers will see drones as a real growth sector rather than a gimmick.

“Still so many people don’t appreciate that because it’s one of those clickbait stories,” he says. “They just can’t get to the reality of it. But it’s real and it’s going to scale. Every market is going to have this within the next 24 months.”