Three decades ago, Dubai was little more than desert.

Before the discovery of oil in Dubai in 1966, the city was an unremarkable port in the Gulf region. While it had existed as a trading port along important Middle Eastern trade routes since the 1800s, its main industry was pearling, which dried up after the 1930s.

Here’s what one of the main thoroughfares in Dubai looked like in 1961, prior to the discovery of oil:

As it did for many Gulf countries, oil changed everything. While Dubai’s reserves were nothing compared with those its neighbour in the United Arab Emirates, Abu Dhabi, Dubai’s ruler, Sheikh Rashid bin Saeed Al Maktoum, was determined to turn the city into a trading hub.

From an early period, the revenue from oil was put toward developing Dubai for a day when it would no longer have that income source to rely upon.

In the 1960s and 1970s, the Dubai Creek, a saltwater creek that runs through the center of the city, was dredged several times to allow progressively larger ships to pass through and trade. Here’s what the creek looked like in 1969:

But even as recently as 1979, the city was trudging along. Here’s what the Dubai Creek looked like then:

By most accounts, things changed in the 1990s and early 2000s. In 1985, the city opened the Middle East’s first major “free zone” – a place where foreign companies could operate with almost no taxes or customs and with streamlined bureaucracy – at Jebel Ali.

Here’s what the city looked like from an aerial view in 1987:

Meanwhile, wars in Iraq and Afghanistan pushed up the price of oil, resulting in tons of capital for Gulf states. And general instability increased the attractiveness of Dubai as a place for investment, according to “A History of Future Cities,” by Daniel Brook .

In the years after 9/11, Dubai’s economy kicked into full gear and a development boom began that, aside from a drastic crisis around 2009, never ended.

In 2007, Morgan Stanley estimated the city had 20% of the world’s construction cranes. Most of the development was driven by the state-owned Dubai World company and Emaar Properties, a formerly government-owned enterprise that is now publicly traded.

The development boom has resulted in the world’s tallest building, the second-biggest mall, one of the most luxurious hotels, and more skyscrapers than any city besides New York and Hong Kong.

Here’s what the Creek looked like when I visited last month:

And along Sheikh Zayed Road, the main highway in Dubai:

The city is far from done developing. Reuters reported in July that massive government spending for the World Expo in 2020, which Dubai will host, is propping up economic growth in recent years.

Projects currently under construction include the extravagant Museum of the Future, Gate Avenue, a ground-level, $US272 million development that cutsthrough the financial district, and Dubai Creek Harbour. 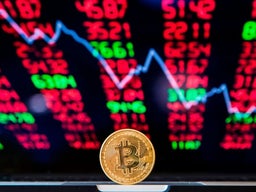