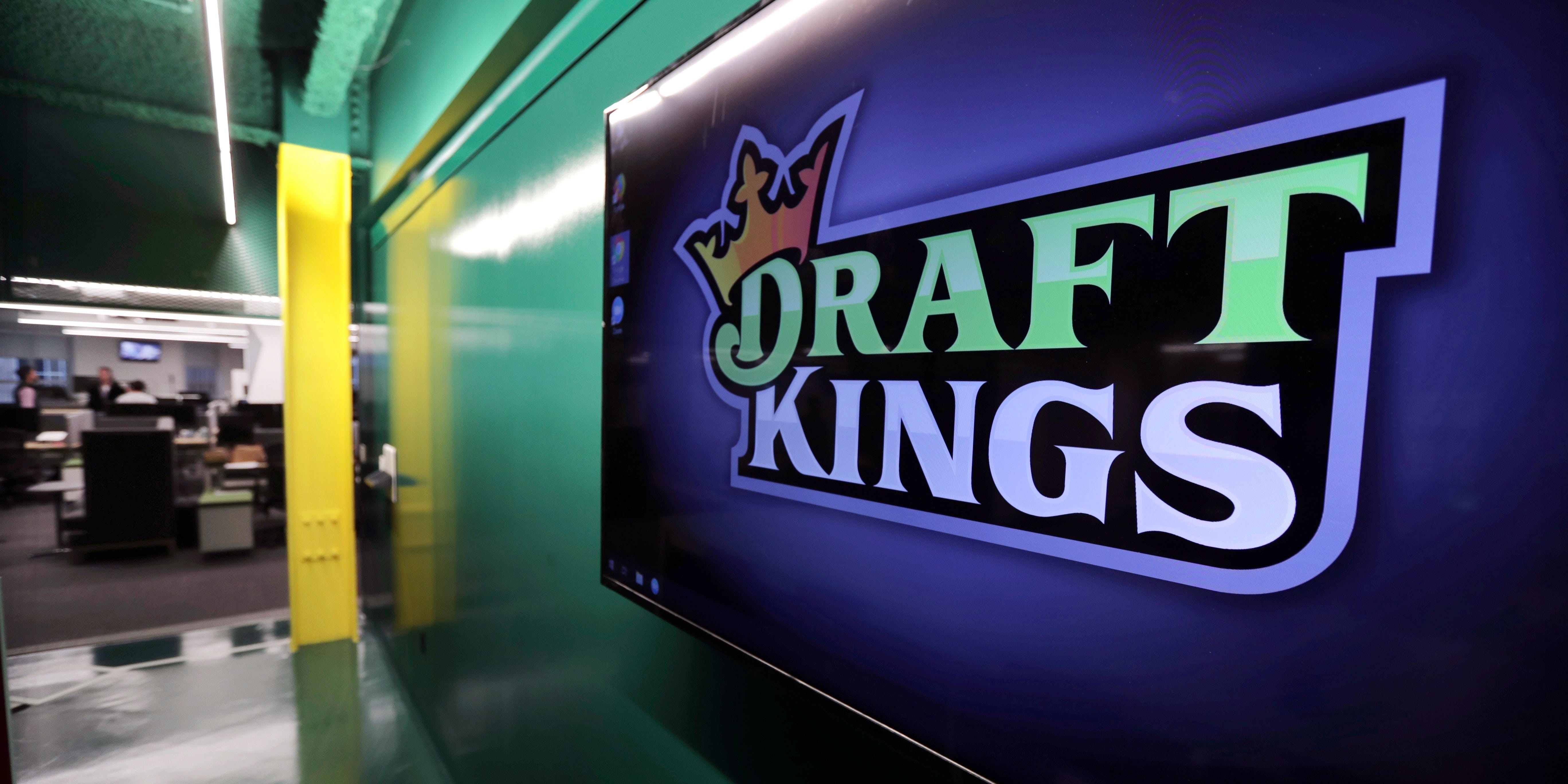 Associated PressFILE – In this May 2, 2019, file photo, the DraftKings logo is displayed at the sports betting company headquarters in Boston. Sports daily fantasy and betting website DraftKings will debut as a publicly traded company Friday, April 24, 2020, against a backdrop of a near-complete shutdown of athletic competition across the globe due to the coronavirus pandemic. (AP Photo/Charles Krupa, File)

DraftKings leaped as much as 11% in early Friday trading after the sports-betting platform beat third-quarter expectations and posted a jump in monthly users.

The company expects all major sports calendars will stay intact throughout the year and continue to drive more betting activity to its service. Against that backdrop, the company lifted its 2020 and 2021 revenue forecasts, helping Friday’s rally.

Still, soaring COVID-19 case counts across the country already prompted the cancelation of some college football games and could cut into the improved guidance. DraftKings’ stock has become a virtual proxy for re-openings, and has fluctuated wildly with any announcement of sports schedule changes due to the pandemic.

DraftKings also reported a 64% year-over-year increase in monthly payers. More than 1 million unique users flocked to the platform each month of the third quarter. Average revenue per monthly user was $US34 due to limited sports activity in July, the company said.


Read more:
ARK CEO Cathie Wood is beating 98% of her peers this year. She and her team share the investment cases for 2 ‘winner-take-most’ stocks in their portfolios, and explain why she is unfazed by the rotation into value.

“The resumption of major sports such as the NBA, MLB and the NHL in the third quarter, as well as the start of the NFL season, generated tremendous customer engagement,” Jason Robins, DraftKings’ co-founder and CEO, said in the quarterly report.

If DraftKings does expand to new states, it will do so with far more partnerships than it had in the previous quarter. The company inked deals with ESPN, the New York Giants, and the Chicago Cubs over the three-month period covered in Friday’s report.

DraftKings shares leaped higher in early September after Michael Jordan took an equity stake in the company. The basketball superstar will provide “guidance and strategic advice” to the company’s board, according to a press release.

The company’s stock closed at $US41.25 per share on Thursday. DraftKings has 21 “buy” ratings and five “hold” ratings from analysts, with a median price target of $US46. 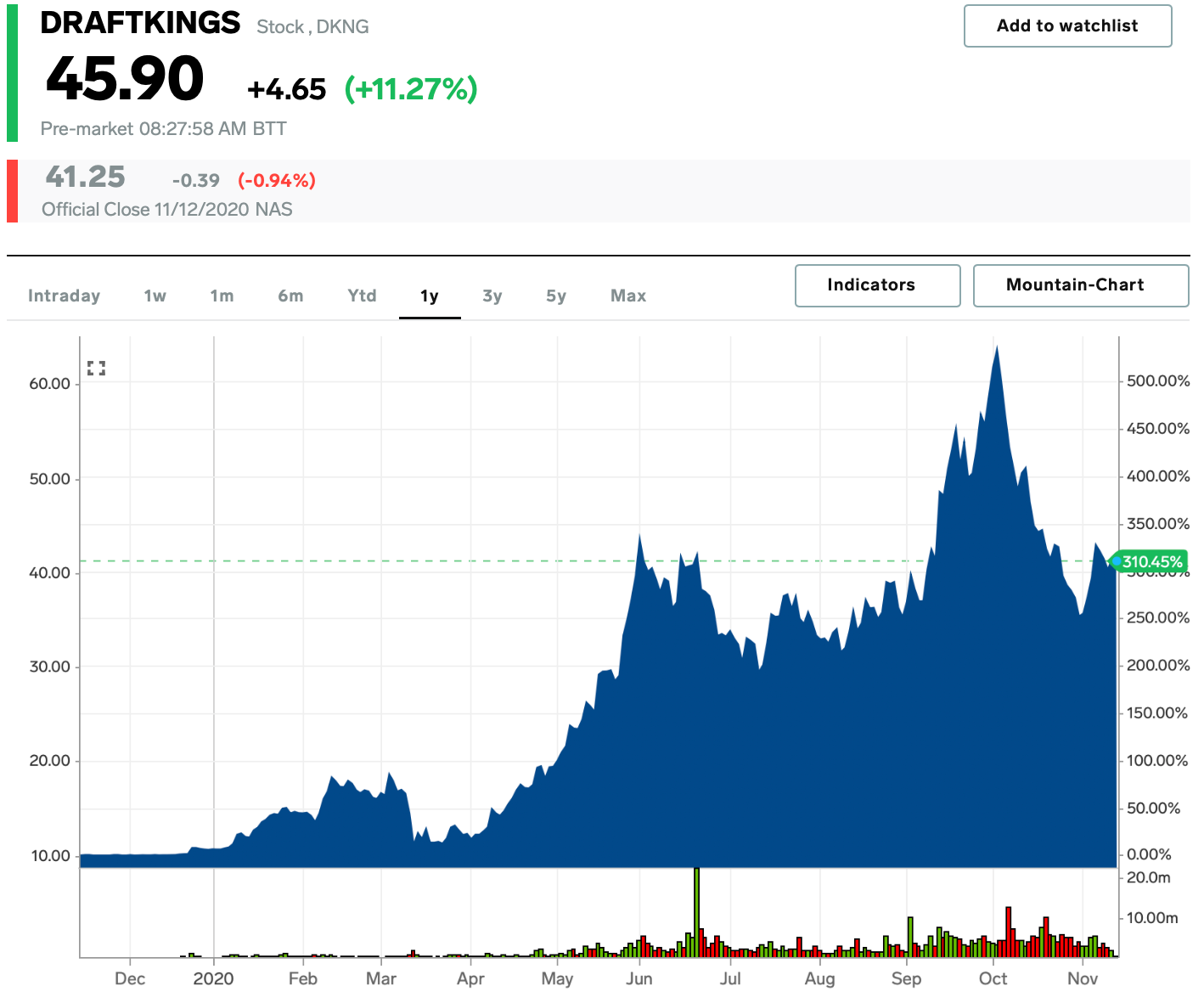