Dr. Pimple Popper soothes the internet with her cyst-popping videos, but the celebrity dermatologist cuts more than skin deep 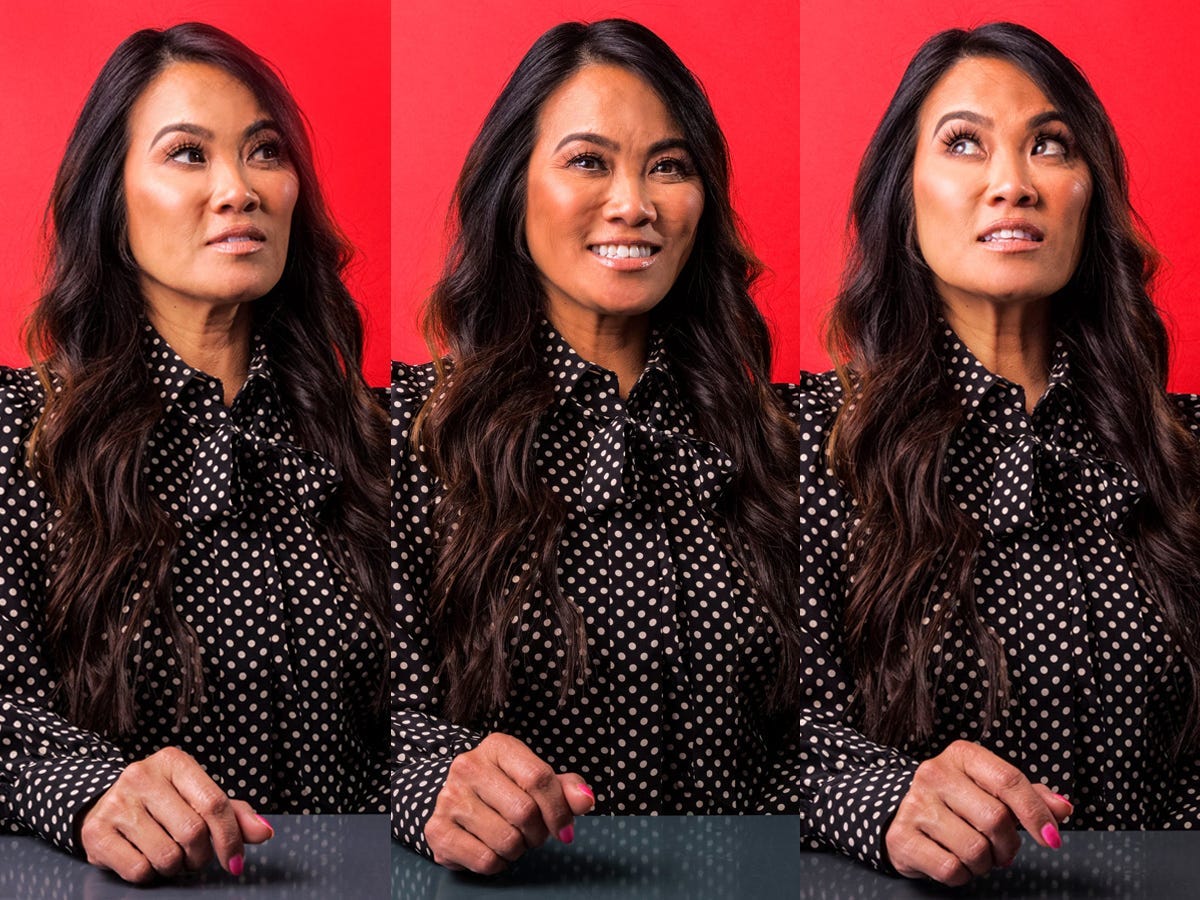 Business Insider/Hollis Johnson‘It just created a big reaction in people. Whether it was they were absolutely obsessed with it, or they absolutely hated it, they would tag their friends,’ Lee said of her now-viral social media accounts.

It’s the summer of 1983, and just as the sun rises, Sandra Lee’s father rouses her, her mother, and brother from their cabin beds in Hot Creek Ranch, California. It’s time to catch fish.

The lack of television at her family’s temporary home bothers 13-year-old Lee, but she’s learning a new skill, one that she’ll look back at fondly later in life: fly-fishing.

Once at the water, Lee’s father instructs her to watch the current, as a stronger one likely means bigger fish.

“Get on your belly and crawl closer,” he tells her. Standing up over the river could cast a shadow over the fish and scare them away. Then, she dangles her pole and lure right above the water, waiting patiently for a fish to grab the bait.

For Lee, who, at 49, is now best-known as Dr. Pimple Popper, these flying-fishing trips were formative experiences that taught her patience and discipline, two skills she uses as a celebrity dermatologist.

“It’s just interesting to fight so hard and to think so much about catching a fish that you could easily catch another way. I think that’s what’s interesting about fly-fishing: You feel very accomplished when you land that fish,” Lee told Insider.

Speaking to Lee, you get a sense that the experiences she had outside of medical school were just as, if not more, important factors in her becoming the unlikely social media star she is today â€” looking beyond a singular clinical diagnosis at the creative, human side of her life and work.

And during a pandemic when feelings of isolation are at an all-time high, Lee’s comforting and personable demeanour helps isolated patients feel less alone and more understood, a point highlighted in her new TLC telemedicine spin-off, “Before the Pop.” 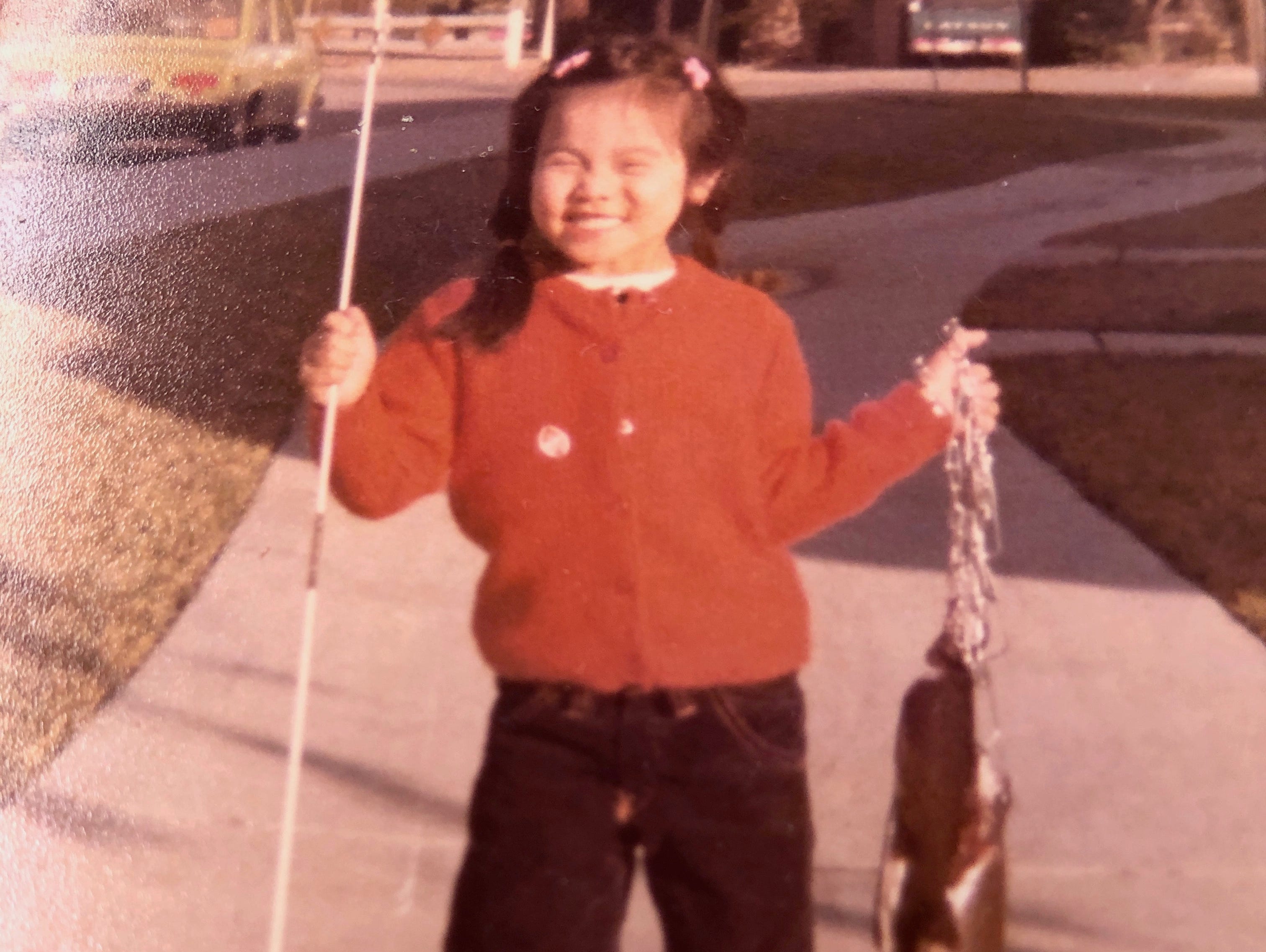 Dr. Sandra LeeLee’s father introduced her to his favourite hobby, fly-fishing, at a young age.

A dermatologist for the social-media age

Surgery while awake may sound unpleasant, but when the surgeon doing the procedure is a social-media celebrity and you’re one of her 6.6 million YouTube fans, having your skin poked and prodded is more than a medical procedure. It’s a rite of passage.

In addition to the popular Instagram and YouTube accounts that she’s run for more than seven years, Lee is the face of “Dr. Pimple Popper,” a TLC show where she treats people with skin conditions from blackhead clusters to large debilitating cysts. The show, now on its fifth season, puts Lee to the challenge with bizarre skin condition after skin condition, and she proves up to it every time.

To the uninitiated, Lee’s videos may come off as stomach-churning and gross. But to her fans, who dub themselves “popaholics” and are often reformed naysayers, the up-close squeezes, snips, and stitches provide an enjoyable escape.

And for those with lumps and bumps that make them feel inhuman on some level, Lee is much more than a dermatologist with a knack for squeezing pus out of white heads.

Dr. Pimple Popper’s comfort with the gnarliest of skin conditions, social media savvy, and ability to put the most doctor-averse patients at ease propelled and kept her famous. 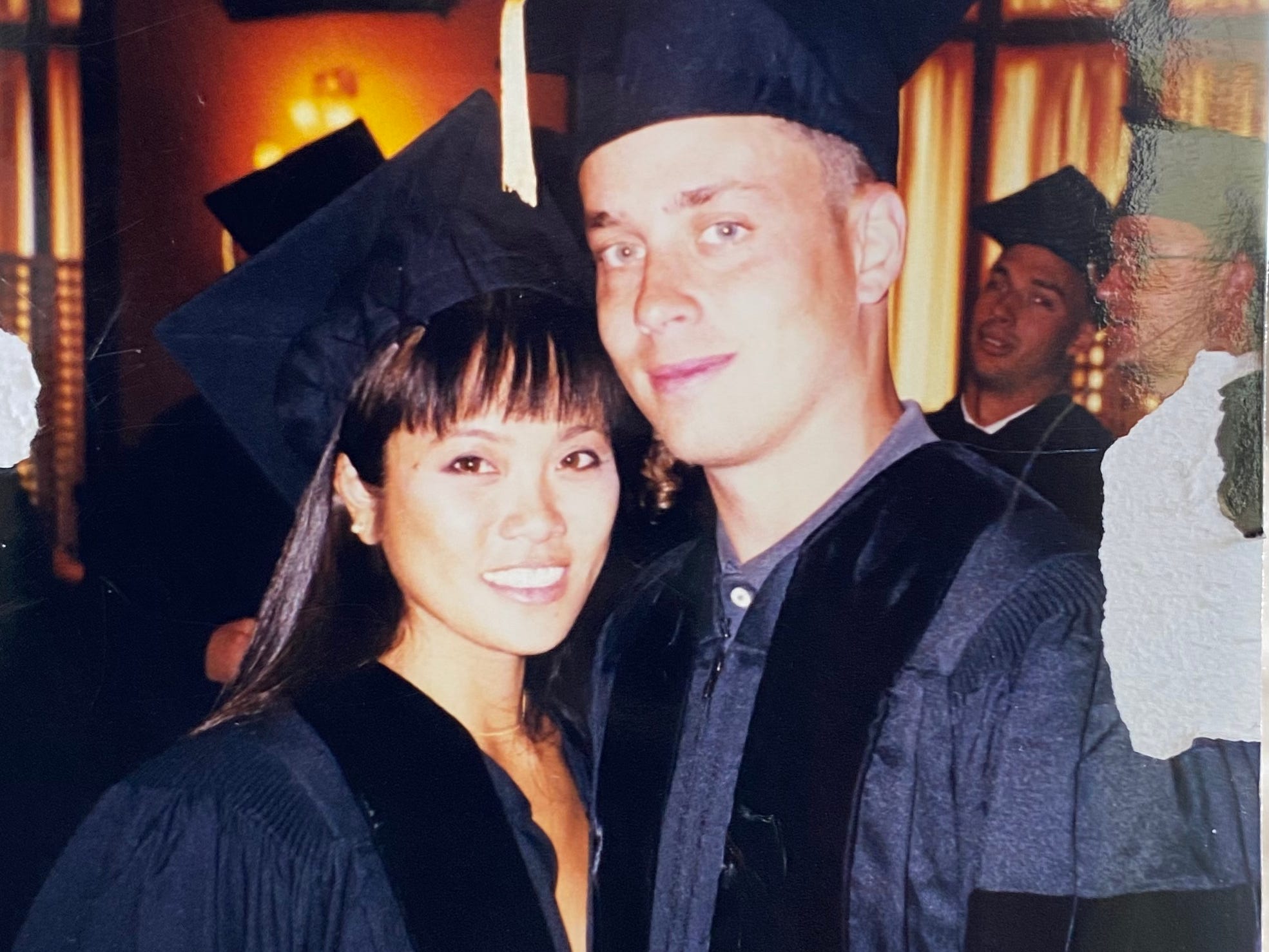 Dr. Sandra LeeLee and her husband both graduated from Hahnemann University School of Medicine, now known as Drexel University, with dermatology specialties.

Lee said she was “surrounded by dermatology” from a young age.

Born in Flushing, Queens in 1970 to her Singaporean father and Malaysian mother, Lee moved to Upland, California when she was five years old. There, her father set up his dermatology practice. Born poor, with a drive to succeed, he hoarded dermatology textbooks, and Lee would pour over them with him in the evenings.

“It wasn’t a big deal to open a big textbook and see all these crazy skin conditions that could be from horror movies to some people,” Lee told Insider.

Middle school-aged Lee would skim through the images, only stopping to read if a photograph was particularly eerie and eye-catching.

She didn’t feel overt pressure to follow in his footsteps, though. Her parents weren’t as strict on Lee and her younger brother as other Chinese-immigrant parents she knew. They encouraged them to be curious and busy; Lee spent her childhood playing the violin, guitar, and piano, ice skating, and participating in ballet and gymnastics.

“I wasn’t in high school or grade school thinking, ‘This is what I want to be,’ because I didn’t know. I didn’t know if I wanted to get a real job, so let me just stay in school,” Lee said.

After getting her undergraduate degree at UCLA, Lee moved to Philadelphia to pursue medicine. It felt like the natural next step, with her parents working in the field, but at first she was unsure what her specialty should be. Once she heard dermatology was one of the most competitive ones, she was sold.

“I wasn’t the strongest in my class either, but I was very competitive. I realised I had this mentality that if somebody says they don’t think you can do something, then I want to try to do it,” Lee said, and she did.

For her dermatology residency, Lee did stints in Pittsburgh, Pennsylvania, and Springfield, Illinois, before returning to California, where she now resides.

A self-described multi-tasker, Lee became intrigued by Instagram and avidly followed celebrity hair stylist Guy Tang, who inspired her to start her own account.

“I loved what he did with people’s hair and because of Instagram I wanted to see him and I got to see him. He did my hair, and it was great, and I thought, ‘Wow if he can do this and build a following why can’t I do it?'” Lee said.

In 2014, Lee began sharing Instagram videos and photos of patients’ warts, acne, psoriasis, and other conditions as she treated them in her office. She also shared a black head extraction, and the post took off with more comments and likes than ever before.

“I just thought, ‘what the heck is this?’ So I did it again, and it happened again. And that’s when I realised there are people on the internet that actually share pimple-popping videos with each other,” Lee said.

She took her new hobby to YouTube too, and shared fresh pimple-popping videos daily. According to Lee, the polarising nature of the content she posted helped her garner the 3.9 million Instagram followers and 6.6 million YouTube subscribers she has today.

“It just created a big reaction in people. Whether it was they were absolutely obsessed with it, or they absolutely hated it, they would tag their friends,” she said.

Falling in love with patients TLCInoke, one of Lee’s patients, taught her a traditional Fijian song and dance after his procedure.

For Lee, dermatology isn’t just about skin, it’s about “a lot of mental stuff too.”

When a recent patient told Lee’s staff that he took a Xanax for doctor-office anxiety, and was brusque towards them, they were hesitant to schedule another appointment for him.

Lee was not. “I just said, ‘Bring him in the room.’ I knew all this, and he didn’t need any extra things for his anxiety, because if you know these things beforehand and you give people control, that’s the main factor.”

For needle-averse patients, she keeps instruments out of their sight; for nervous ones, she cracks jokes, or walks them through the procedure step-by-step.

The human connection, she says, is just as important as the clinical work. Simply talking to patients and learning their stories, “I think I fell in love with them,” she said.

‘We are so much more than pimple poppers’

Since the first episode of “Dr. Pimple Popper” aired on January 3, 2018, Lee’s popularity as a social-media maven and celebrity dermatologist grew.

Her success led to four more seasons of the still-running show, plus a new coronavirus-pandemic spin-off, “Before the Pop,” where she virtually diagnoses patients from their prospective homes.

She also launched her own skincare brand in 2019 as a way to reach people who don’t have the means to visit her for skin help. Lee’s SLMD Skincare includes products like retinol, brush-on sunscreen powder, cortisol cream, and salicylic acid cleanser, which she considers “essentials.”

Despite these patient-inspired successes, Lee was concerned how fellow dermatologists would view her work when she launched her social media channels.

“When I first started doing this, one of my main fears was, ‘Oh my gosh, are dermatologists going to hate me? Because they think what the heck am I doing? I’m ruining our specialty,'” Lee said. “You know, making us look like fools. My name is Dr. Pimple Popper and they’re like, ‘What the heck? She’s making fun of us, saying that we’re just pimple poppers.'”

But with nearly 10 years of pimple-popping content under her belt, Lee now knows her worst fears are behind her. She’s made a positive impact, for dermatologists and patients alike.

“One of my main priorities through this whole time, from the very beginning, was really to show people how amazing dermatology is, and that we are so much more than pimple poppers,” she said.