After lagging its more tech-exposed peers throughout the coronavirus pandemic, the Dow Jones industrial average is finally playing catch-up.

S&P Dow Jones Indices announced Monday afternoon it will kick Exxon Mobil, Raytheon, and Pfizer out of the benchmark index. Salesforce.com,Amgen, and Honeywell will join the Dow in their absence. The changes will take effect when the market opens on August 31.

The shift was prompted by Apple’s four-for-one stock split, set to take effect on Friday after the closing bell. The tech giant currently comprises 12% of the Dow, but its split will reduce its influence on the price-weighted index. The addition of new tech names will “help offset that reduction,” S&P Dow Jones Indices said in a press release.


Read more:
US investing champion David Ryan famously garnered a compounded return of 1,379% in just 3 years. Here is the 11-part criteria he uses to find the next big winner.

“They also help diversify the index by removing overlap between companies of similar scope and adding new types of businesses that better reflect the American economy,” the company said.

The changes won’t alter the Dow’s level, as the divisor used to calculate members’ prices will be changed before the August 31 open. The index closed at 28,308.46 on Monday, down roughly 0.5% year-to-date.

Where the S&P 500 and Nasdaq composite reached record highs on Monday, the Dow remains about 4.4% from retaking its own peak. The index’s industrial lean has kept it from reaping the benefits of tech stocks’ weeks-long rally.

The upcoming changes mark the Dow’s biggest shakeup since 2013, when the index dumped Bank of America, Hewlett-Packard, and Alcoa for Goldman Sachs, Nike, and Visa.

The shift also ends Exxon’s reign as the index’s longest-serving component. The company was the largest US firm by market cap as recently as 2011 but has slumped in recent years amid a shift in interest from commodities to tech stocks.

Stocks of the companies in the latest overhaul began trading on the news prior to Tuesday’s open. Exxon sank as much as 1.2% in early trading, while Raytheon and Pfizer fell 1.4% and 1%, respectively. Salesforce.com gained 2.5%, Honeywell jumped 3.5%, and Amgen climbed 4%.

Judging by Monday’s close, UnitedHealth Group will take Apple’s spot as the Dow’s largest member.Home Depot and Amgen will follow.

80% of economists see a chance of a double-dip recession, survey finds


Apple still not as expensive as rivals even with $US2 trillion market cap, Morgan Stanley says 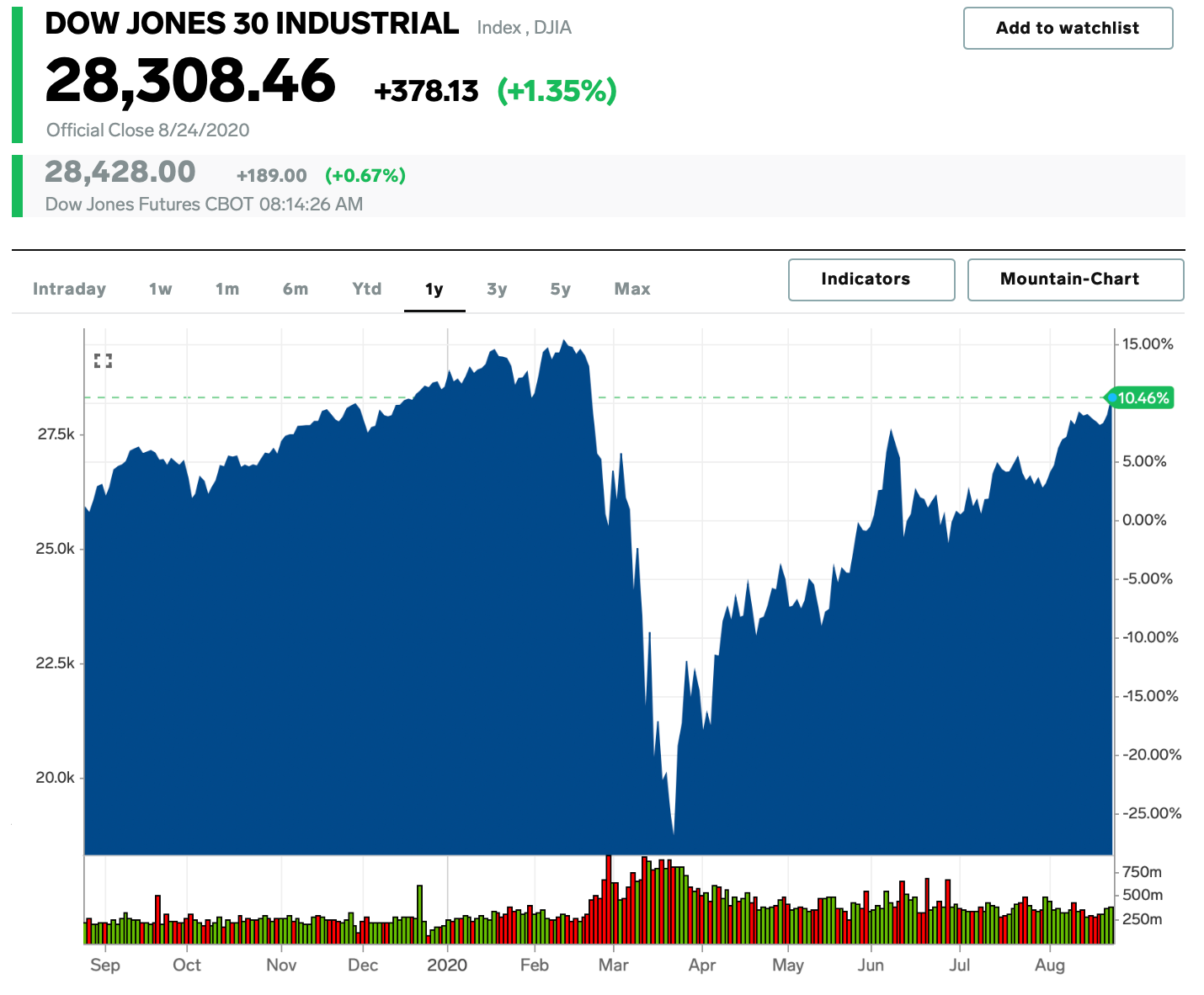