A murder suspect accused of shooting his girlfriend, axing his 9-year-old daughter in the head, then stabbing and lighting his son on fire cross-examined the 11-year-old survivor Wednesday in a jaw-dropping courtroom scene.

In the televised cross-examination, Ronnie Oneal III, who has been representing himself at trial, at one point asked his son, “Did I hurt you the night of this incident?”

The boy, who attended the hearing virtually from a child victim resource center, responded, “Yes. You stabbed me.”

Oneal is charged with two counts of first-degree murder and one count of attempted murder in connection to the 2018 incident just south of Tampa, Florida. He has pleaded not guilty to all charges, told jurors his son witnessed nothing, and accused police of coaxing the boy into accusing him.

Oneal previously gave a fiery, emotional opening statement, pacing around the courtroom and shouting out accusations of evidence-tampering.

“We are under some of the most vicious, lying, fabricating, fictitious government you ever seen,” he said. “By the time it’s all said and done, you will see who is the mass murderers in Tampa Bay.”

Legal experts suggest Oneal’s cross examination will backfire. Many people try to defend themselves in court, but they typically do it in civil or misdemeanor cases, not murder trials.

One notable exception was the serial killer Ted Bundy, who confidently represented himself at trial but was convicted. He later confessed to some 30 murders before his 1989 execution.

Defense attorney J. Wyndal Gordon served as standby counsel for the convicted “DC Sniper” John Allen Muhammad, who famously represented himself on six murder charges in 2006. He said some criminal defendants, such as Muhammad, often feel a sense of empowerment and equality by taking charge of their own cases.

Jona Goldschmidt of Loyola University Chicago told Insider that the challenges defendants face against experienced prosecutors are often insurmountable, and judges will often let them “crash and burn” without assisting.

He added that there’s little data available on how common self-representation is among criminal defendants in state court, let alone how successful they are when they choose to forgo lawyers. But limited data on federal cases shows that self-represented defendants are much more likely to be found guilty at trial.

“Especially in a complex case, the chances of them doing well are slim to none,” Goldschmidt said. 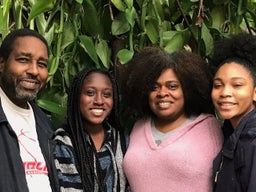