DoorDash lists Prop 22 as a risk factor for its IPO, warning that other states may decide to adopt California's controversial legislation 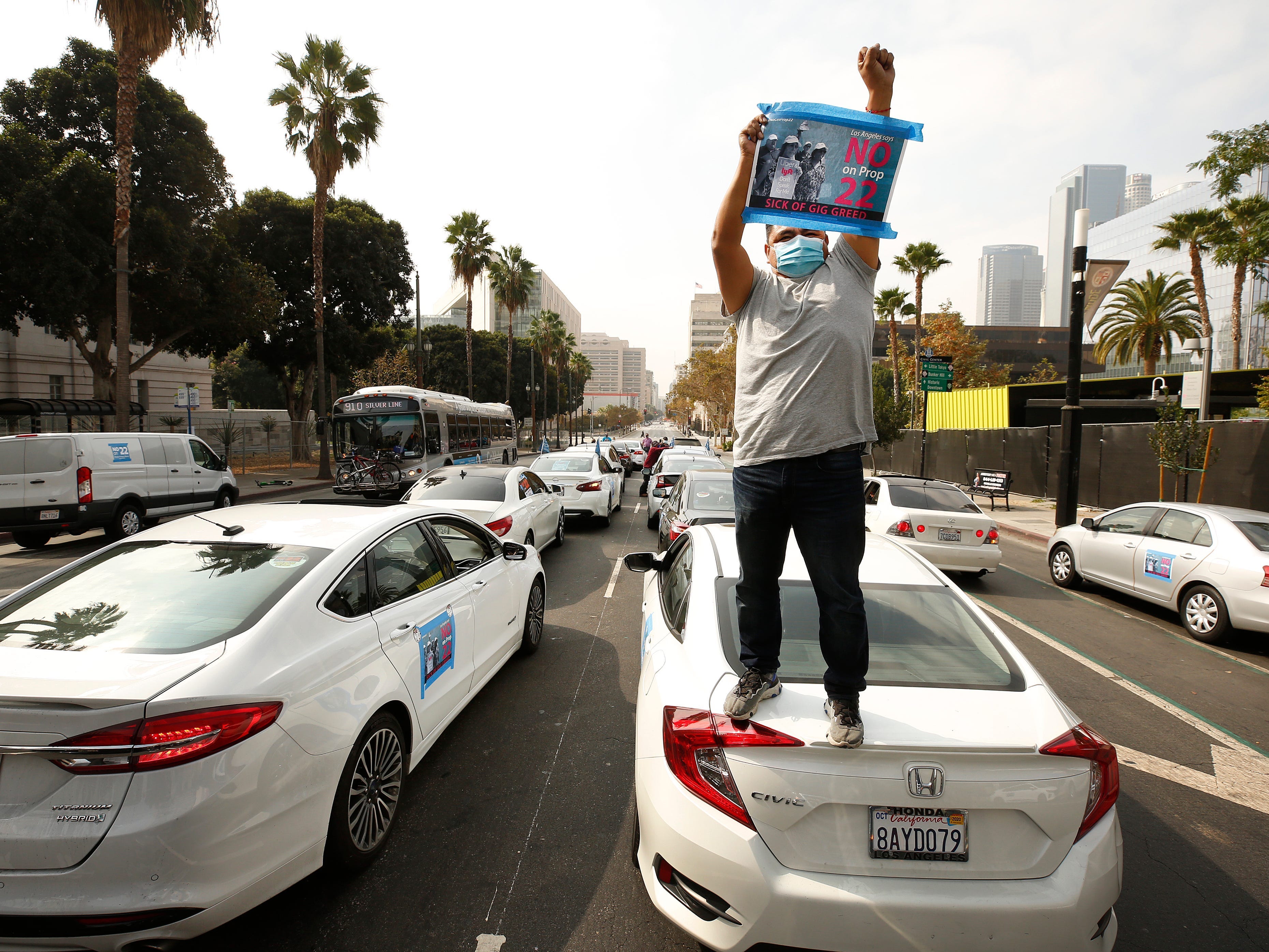 DoorDash is warning that Proposition 22, the controversial California ballot measure that passed earlier this month, could be a risk factor for its upcoming IPO.

The delivery startup on Friday released its filing to go public, in which it detailed the boom in business it’s seen this year as a result of the coronavirus pandemic: It generated revenue of $US1.9 billion in the first nine months of 2020, compared with $US587 million the year before, a surge in business DoorDash warns may not continue after the crisis subsides.

Also among its risk factors: legislation over how its drivers are classified.

“While we maintain that Dashers that utilise our platform are independent contractors, there is a risk that Dashers may be reclassified as employees under federal or state law,” DoorDash wrote in its form S-1. “We, along with certain other companies, supported a campaign for a 2020 ballot initiative in California to address AB 5 and preserve flexibility for Dashers, or the 2020 California ballot initiative.”

The ballot initiative is Prop 22, which was created by DoorDash, Uber, Lyft, Postmates, and Instacart to exempt them from classifying their drivers, who are independent contractors, as employees. The initiative was in response to Assembly Bill 5, a law that passed in September 2019 and went into effect in January. Prop 22’s creators spent more than $US200 million in an effort to get it passed.

But DoorDash said in its S-1 that Prop 22 could still adversely affect its business, and the reason is twofold: new costs resulting from the ballot measure, and the potential for similar legislation in other states.

“Certain provisions regarding compensation, along with certain other requirements, will become applicable to us and Dashers in California and our costs related to Dashers will increase in California, which could lead us to charge higher fees and commissions, which in turn could result in lower order volumes,” DoorDash said. “As such, the passage of the 2020 California ballot initiative is likely to have an adverse impact on our results of operations.”

“In addition, several other states where we operate may be considering adopting legislation similar to the 2020 California ballot initiative, which we would expect to increase our costs related to Dashers in such jurisdictions and could also adversely impact our results of operations,” the company said in the filing.

The passage of Prop 22 means that DoorDash and the other companies involved will not be required to provide their drivers with benefits that full-time employee receive, like minimum wage, paid time off, or health insurance. Instead, gig-based companies will now only be required to provide healthcare subsidies and some cash for drivers’ expenses. Prop 22 also stipulates an earnings floor for when drivers are actively delivering or transporting a passenger.

The companies involved tout Prop 22 as a way for drivers to maintain flexibility: Drivers won’t be required to work a minimum set of hours or work on specific hours or days of the week, and companies can’t force drivers to work for only one company. But critics argue that the ballot measure’s passage creates potential loopholes for the gig-based companies and robs drivers of both the income and benefits they deserve.