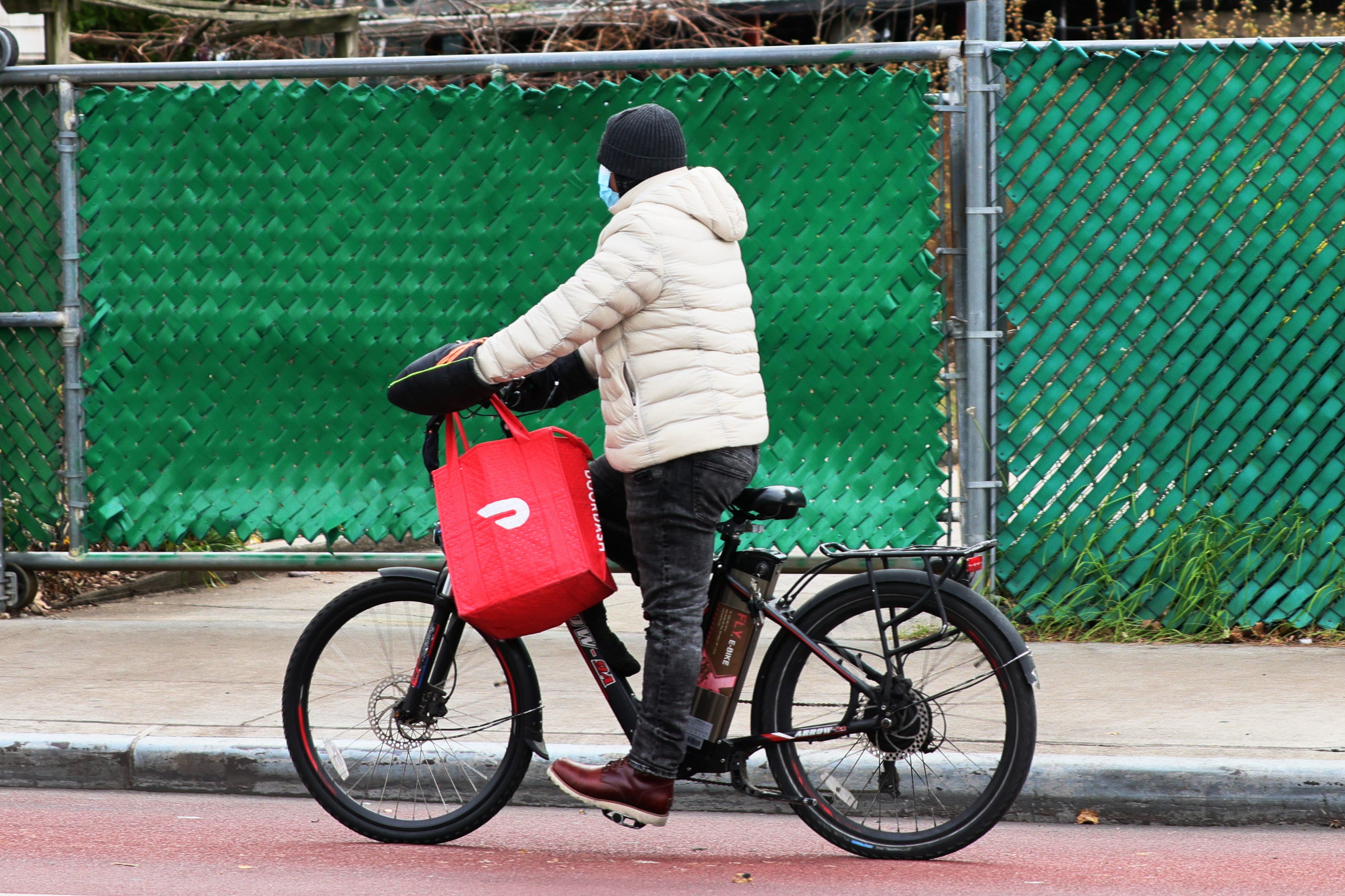 Michael M. Santiago/Getty ImagesA Doordash delivery person rides their bike on Church Avenue in the Flatbush neighbourhood of Brooklyn on December 04, 2020 in New York City. Food delivery startup DoorDash Inc is expected to raise its U.S. initial public offering up to $US3.14 billion.

A group of union-sponsored investors overseeing more than $US250 billion has a blunt message for DoorDash as it prepares to go public on Wednesday at a price well above its initially planned range.

In a letter to the delivery firm’s board of directors Monday, CtW Investment Group said that DoorDash’s past pocketing of tips meant for workers and a dual-class stock structure that gives public investors little say makes the company “unready for public markets.”

“Without much more detail concerning, and ideally full remediation of, its flawed internal controls, we cannot avoid concluding that DoorDash is not ready for the increased scrutiny and accountability that are inherent in a public market listing,” the letter said.

DoorDash in November agreed to pay $US2.5 million to settle claims it mislead customers in how tips were issued to its couriers. The company updated its tipping policy in 2019 after some tips were counted towards a “guaranteed minimum” pay instead of a bonus, infuriating workers and customers.

But in its IPO paperwork, DoorDash sought a gentler description of the spat, saying the tipping policy “had the unintended effect of causing some people to be under the misimpression that not all tips were being received by Dashers.”

“This is at best misleading,” CtW says. “The company’s insistence on pretending it did nothing wrong suggests, at a minimum, that it has not yet developed the thick-skin necessary to endure on the public markets.”

DoorDash is far from the first tech firm to go public with a dual-class stock structure that gives little power to public investors. Founder Tony Xu and Andy Fang will control abut 69% of all voting power, DoorDash’s prospectus says, thanks to a 20-to-1 ratio of Class B shares to the Class A stock being offered on Tuesday.

CtW says other notable tech IPOs, including Yelp and Groupon, have included “sunset provisions” to end the division, even as it grows increasingly popular among the largest tech companies.

“By failing to include a reasonable sunset provision, DoorDash risks making itself an outlier among its peers, which may lead to investment risk,” CtW said.

DoorDash did not immediately respond to a request for comment from Business Insider.

CtW has previously raised concerns to shareholders of Tesla, Lyft, Uber, and more in previous years.