Experts say that 'murder hornets' are not, in fact, invading the US 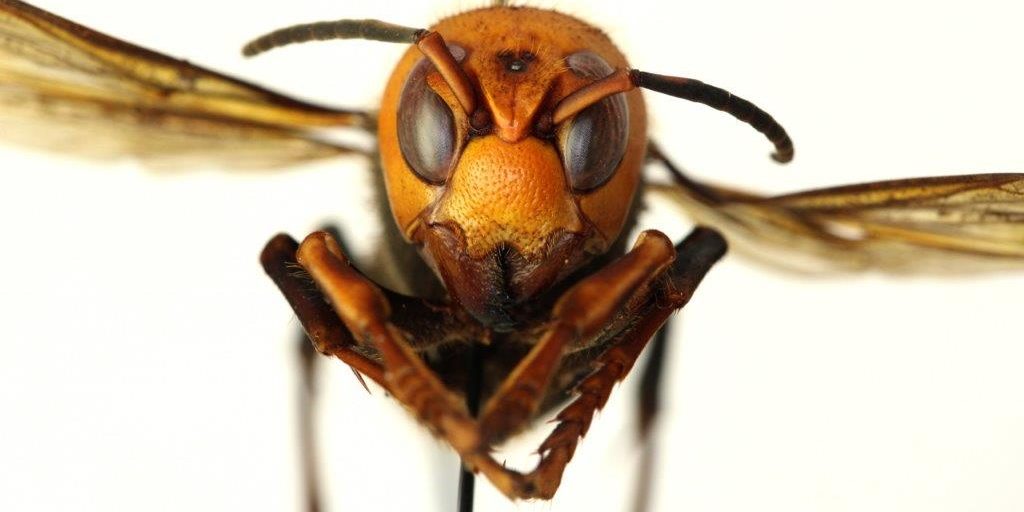 A 2-inch “murder hornet” that can decapitate honeybees and kill people with its venom is sure to cause fear and alarm.

So when reports recently emerged of the Asian giant hornet – native to parts of China, Korea, and Japan – being spotted for the first time in the US, it incited panic across social media.

This hornet – the world’s largest – can grow up to 2 inches long and features a distinctive black tooth used for burrowing. Its stinger is filled with venom that, in extreme cases, can kill a person.

While the concern about the invasive species is warranted, entomologists say that the panic about the likelihood of the species invading North America is not.

In September, Doug Yanega, a senior scientist at the Entomology Research Museum at the University of California at Riverside, was part of a consultation team that ventured to the city of Nanaimo on Vancouver Island, the location of the first sighting of a nest of the hornets in North America. Authorities were tasked with eradicating the nest to prevent the hornets from establishing. 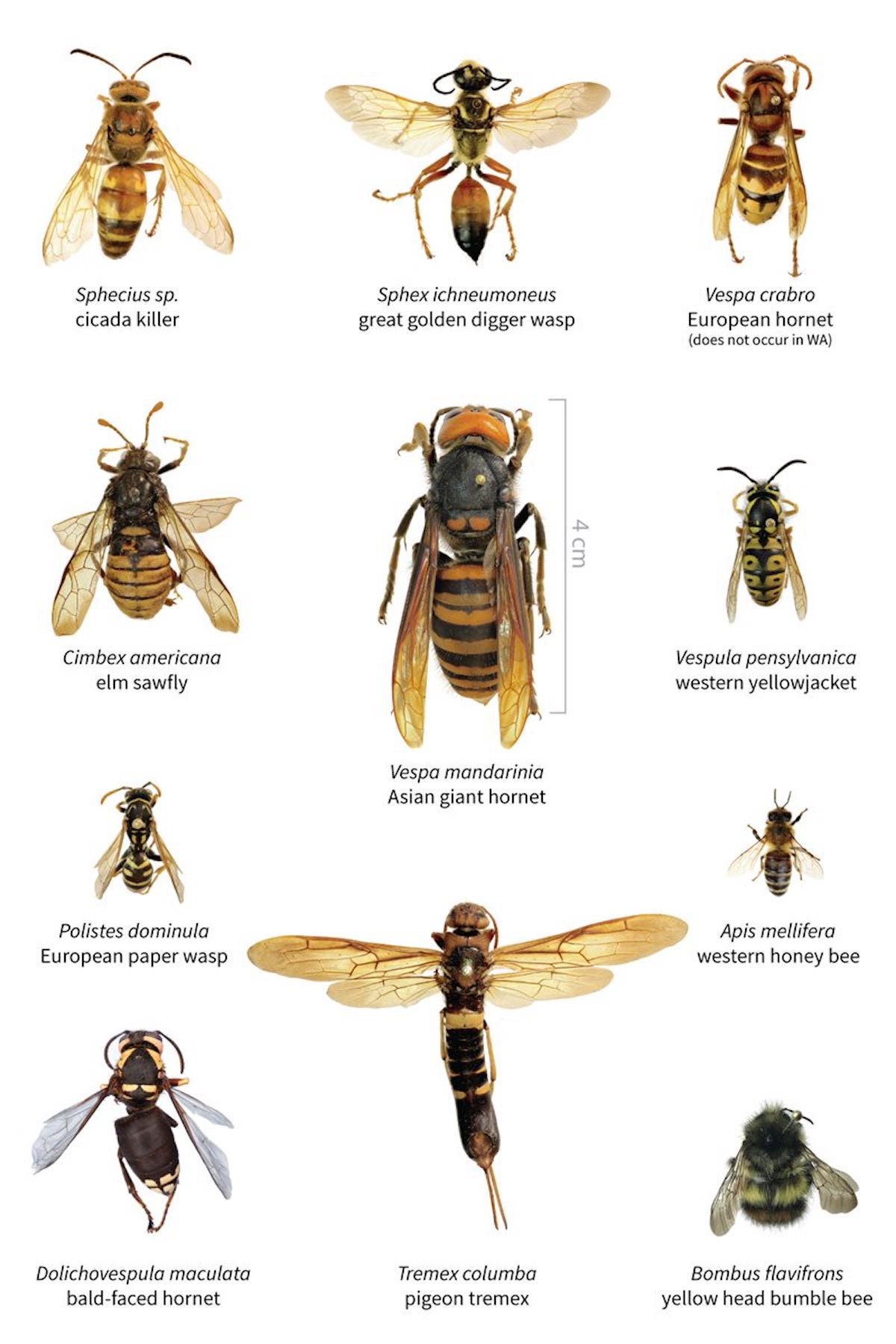 Three months later, a resident in Blaine, Washington – about 50 miles as the crow flies from Nanaimo – reported two sightings of the hornet; one was dead, and the other flew into a nearby forest, Yanega told Business Insider.

Anne LeBrun, the national policy manager for honeybee and pollinator pest programs in the US Department of Agriculture’s Animal and Plant Health Inspection Service, said the department confirmed one identification of the Asian giant hornet specimen and was working with the Washington State Department of Agriculture “to determine how far this pest has spread.”

The Washington department analysed the dead hornet and found that it was not a genetic match to the eradicated nest in Nanaimo, suggesting another nest existed within a 50-mile radius.

The APHIS said it had contributed over $US400,000 in fiscal 2020 to support exotic-hornet research and prevent the Asian giant hornet from establishing itself in the US.

Neither the second hornet nor its nest was found, prompting local authorities to ask residents to keep their eyes peeled for any more hornets.

“They decided that it was important to let the public know and make sure that none of them show up this year, because if we go a year without them showing up, then we know we’re pretty much in the clear,” Yanega told Business Insider.

“It really only pertains to the immediate vicinity of Vancouver Island and the adjacent parts of Washington, which are places like Blaine – maybe in a worst-case scenario as far as South Bellingham, which is still the extreme northwest corner of the US,” Yanega continued. 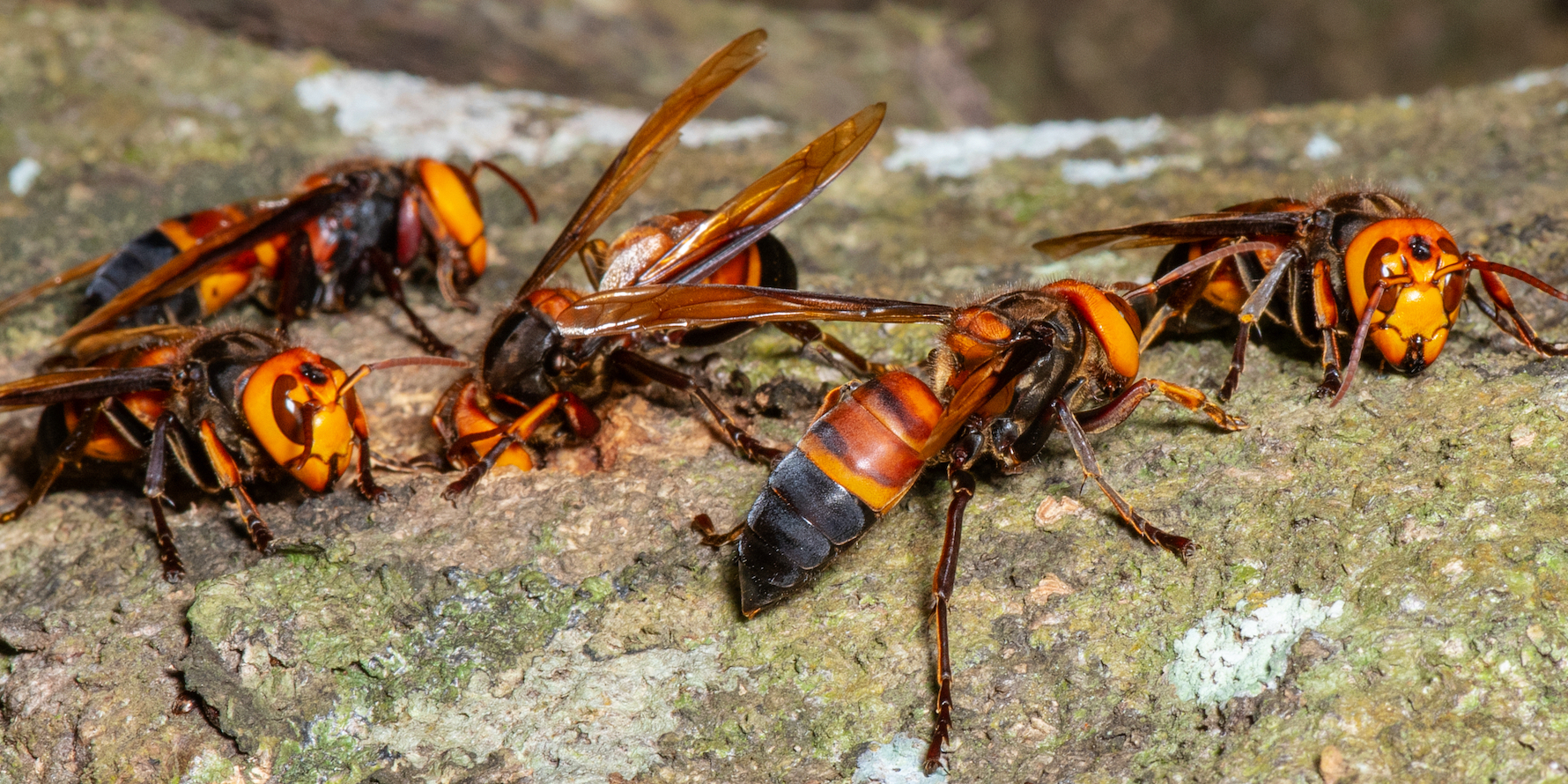 The Washington State Department of Agriculture needed to get the information out to “get the public to help them monitor the situation,” he said.

“I think what made it worse was just the way that The New York Times article was written and the sensationalist ‘murder hornets’ headline,” Yanega added.

Coming across a giant hornet in person is unlikely, and more common insects in the US can be deadlier, including yellow jackets and mosquitoes, the entomologist said.

“People assume that it’s bees that are the most dangerous, and they’re just stinging insects,” he continued.

Because of the hornet’s massive size, they “take a lot of food to survive,” Yanega said.

“There’s not really an awful lot that’s out there for them to feed on except for honeybees,” he said, cautioning local Washington beekeepers to keep watch on their bee yards for any hornet attacks.

“If that doesn’t happen, well, No. 1, that’s a good thing in the general sense, and No. 2, those wasps are going to starve even if they’re out there,” he said. “There’s just not enough other big insects for them to feed on to propagate a colony.”

Yanega said he hoped to quickly dispel fears of an Asian giant hornet invasion, before people begin to kill insects resembling the hornet.

“That’s all we need, for people to go around killing more of our native wildlife at a time when a lot of those things are threatened with extirpation as is,” he said.

“It’s not an existential threat to mankind or to the US or to our honeybee industry to have,” he added. “Even if they do get established and build a foothold here, the scale of the threat is greatly overblown.”

James Carpenter, an entomologist at the American Natural History Museum, said that reports of the hornet killing dozens of people in recent years were “complete nonsense.”

“The media hysteria certainly isn’t warranted,” Carpenter told Business Insider. “The wasps are a concern, but they’re a concern for the beekeeping industry.

“If you don’t bother their nest, they aren’t likely to bother you,” he added. “It’s just because they’re so big that people are freaking out.”

It’s still unclear where the hornets came from, though they may have made their way on cargo ships 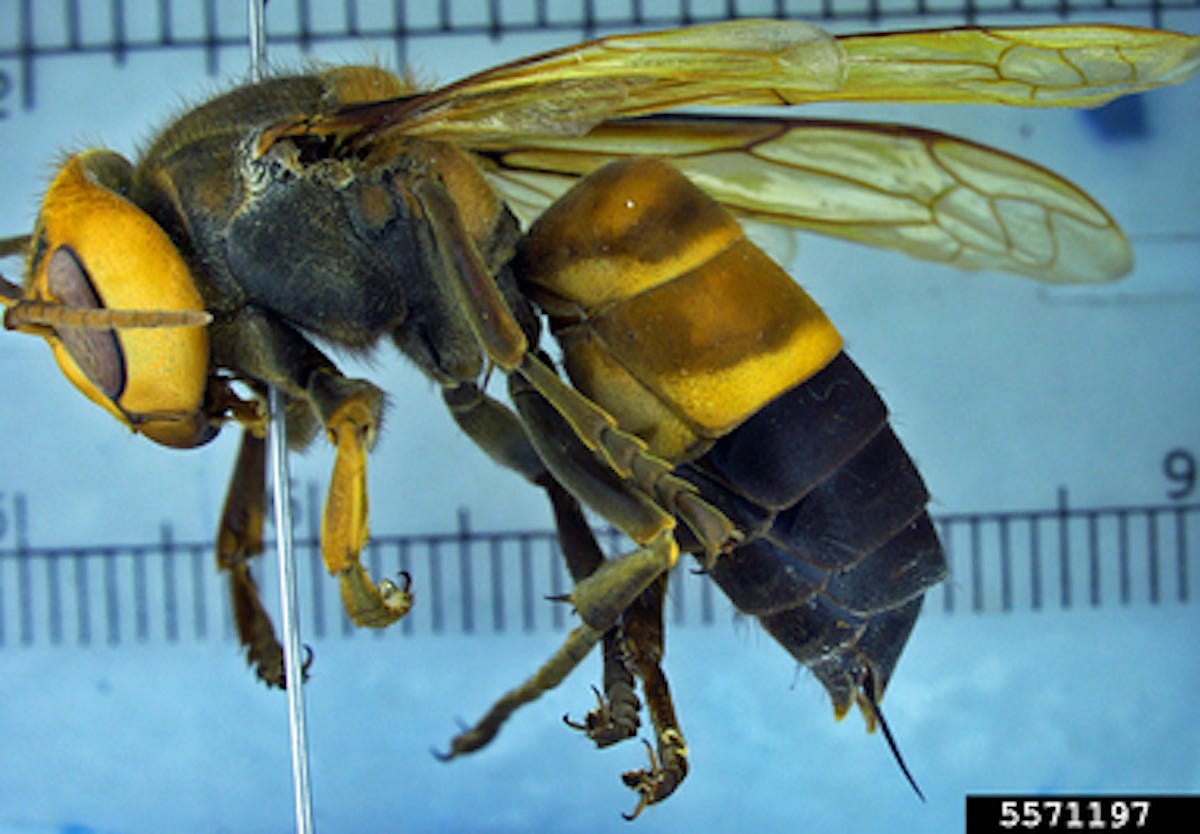 Several experts Business Insider spoke with said the Asian giant hornets might have arrived in North America through cargo.

“There may have been, say, a cargo container that arrived in the port there in Vancouver at some point last year, and it had multiple individuals of this wasp on board, and they left the cargo container and dispersed,” Yanega said.

In September, the Invasive Species Council of British Columbia reported that three Asian giant hornets were found for the first time on Vancouver Island in August. The council encouraged residents to report additional sightings of the hornets and said it was unclear how the species ended up in North America, though they could have been “transported with personal or commercial goods.”

Research from Allan Smith-Pardo, a biological scientist with the APHIS, and others pointed out that the species had been intercepted at US ports of entry within the past decade.

The research paper, which has been accepted for publication and was seen in advance by Business Insider, found close to 50 interceptions of hornets and yellow jackets at US ports of entry from 2010 to 2018. It said that an entire nest of live Asian giant hornets sent via express courier from Asia was once intercepted at a port of entry, though it did not specify when. 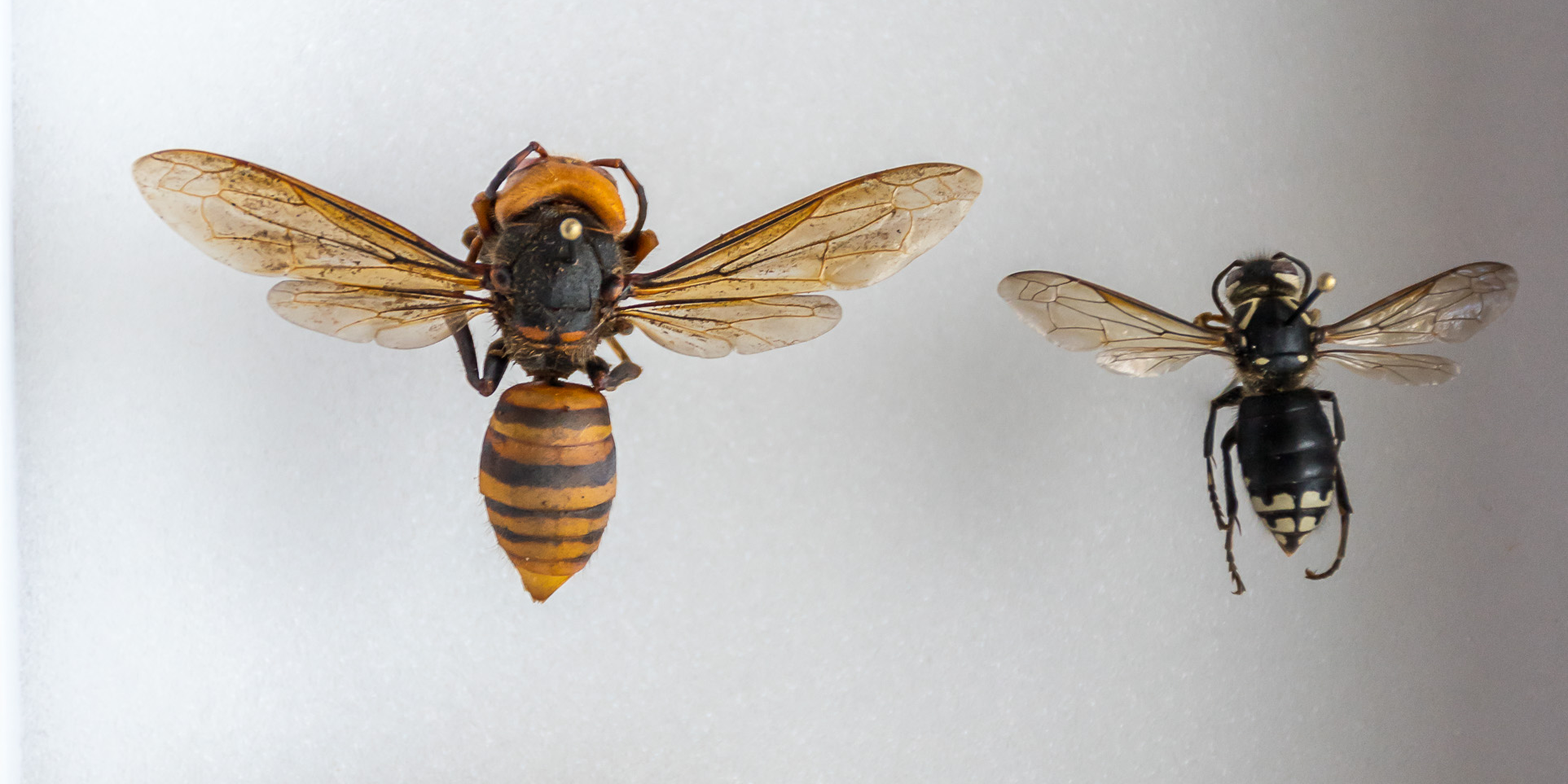 Washington State Department of AgricultureThe Asian giant hornet is much larger than other wasps.

“You would think people would know better than sending gigantic, dangerous, venomous insects alive that way,” Yanega, who was not part of the research, told Business Insider. “That verges on bioterrorism if people are sending live colonies of hornets around the world.”

Carpenter, an author of the research with Smith-Pardo, told Business Insider that a deliberate shipment of invasive hornets into North America could allow them to propagate. He said he did not know specifically when the shipment of the Asian giant hornets was detected in the US.

If Asian giant hornets “are brought in deliberately, that could happen,” he said. But he dispelled the theory that these hornets were part of a deliberate bioattack on the US, saying that the species has been widely used in Eastern medicine.

“Considering the use of that species in medicine and as food in East Asia, the threat [of propagation] will be repeated,” he said.

Carpenter said he was not aware of any Asian giant hornet sightings beyond the most recent one in Blaine last year. He said that as part of his research, he’d found that Asian giant hornets, along with other invasive species, had been spotted in other parts of the world – but in most cases, “they have not become established.”