Harvey Weinstein’s lead attorney, Donna Rotunno, said she’s disappointed by Monday’s verdict convicting her client of sexual assault and rape and thinks it was likely impossible for the Hollywood mogul to get a fair trial in New York City.

Weinstein was convicted on one count of criminal sexual act for forcing oral sex on the former production assistant Mimi Haleyi in 2006, and one count of third-degree rape against the hairstylist Jessica Mann in 2013.

Rotunno’s team fruitlessly tried throughout the trial to prove to jurors that the encounters between Weinstein and the women were consensual, digging up a trove of evidence showing the women pursued friendly relationships with him even after he attacked them. 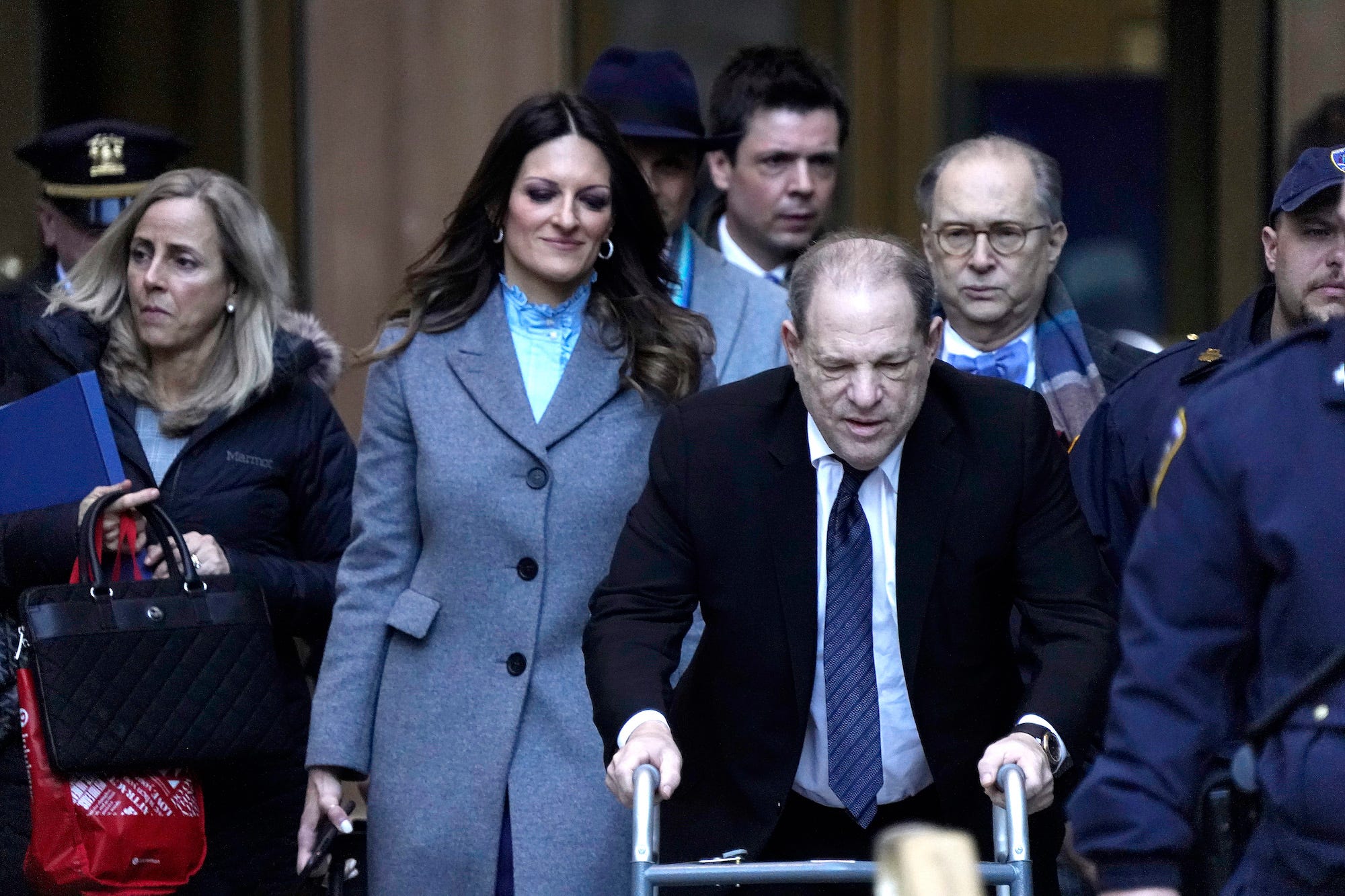 Getty Images/John LamparskiWeinstein and his lawyers, Rotunno and Damon Cheronis, leave court after the start of his sex assault trial on January 22, 2020 in New York City.

But prosecutors pushed back against that narrative, emphasising to the jury that sexual assault victims don’t always behave in ways they’re expected to, and indeed many seek to normalize their trauma by preserving their relationships with their attackers.

Though Weinstein was acquitted of the two most serious charges he faced, of predatory sexual assault, he could still spend up to 29 years in prison for the criminal sexual act and rape convictions.

Rotunno told Insider her team plans to appeal the convictions after Weinstein’s sentencing on March 11. She said she also hopes to get Weinstein released on bail pending the appeal.

Her client remains in Bellevue Hospital, where he was taken by ambulance shortly after the verdict due to high blood pressure and heart palpitations.

Rotunno said her team was fighting against much more than just the prosecution’s arguments. They were forced to defend Weinstein against an entire social movement intended to vilify men accused of sexual misconduct, she said.

She denounced the intense publicity and media coverage of the trial, as well as protests and stunts outside the courthouse that she believed intimidated the jurors.

“The question was were we ever going to find 12 people who could go back to their own lives and be the people that said not guilty on all counts? Was that possible? I don’t know. Probably not,” Rotunno said. “How do you come into a courtroom with flash mobs outside? It makes people feel nervous and scared and like there’s danger around them.” 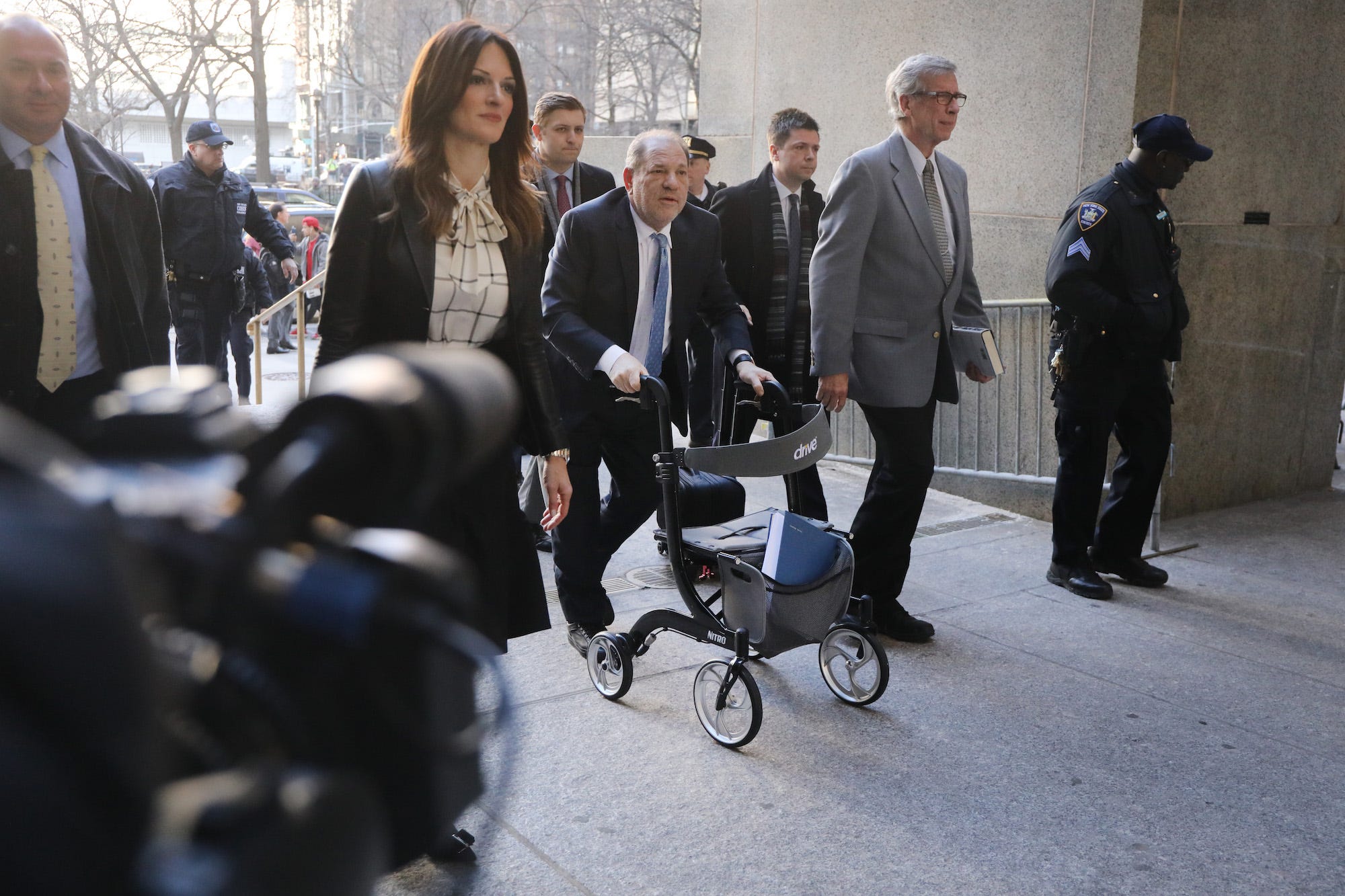 Getty Images/Spencer PlattHarvey Weinstein enters a Manhattan court house with his lawyer Donna Rotunno (L) as a jury continues with deliberations in his trial on February 24, 2020 in New York City.

One juror has already spoken publicly about the trial, telling Inside Edition she hadn’t actually known much about the Weinstein allegations before the trial started.

“I didn’t know who he was until someone actually broke it down for me,” the juror said.

But Rotunno said she believed it was unlikely that the jurors simply went home each day from the courthouse without being exposed to incessant news coverage of the trial.

“I went into this saying, ‘I think jurors want to get it right.’ I think they do. But I think in cases like this there’s more pressure,” she said.

A ‘confusing’ juror sheet could factor into an appeal

Rotunno declined to discuss her plans for Weinstein’s appeal in detail, but it’s likely her team will demand a review of the countless motions both before and during the trial that were denied by Judge James Burke, including a request to move the trial out of New York City, efforts to remove one of the jurors, and a complicated verdict sheet that may have confused the jury during deliberation.

The sheet listed five felony counts against Weinstein but issued a number of intricate instructions on how the jury should proceed, including which charges the jury should skip or continue onto based on their verdicts for the predatory sexual assault charges. 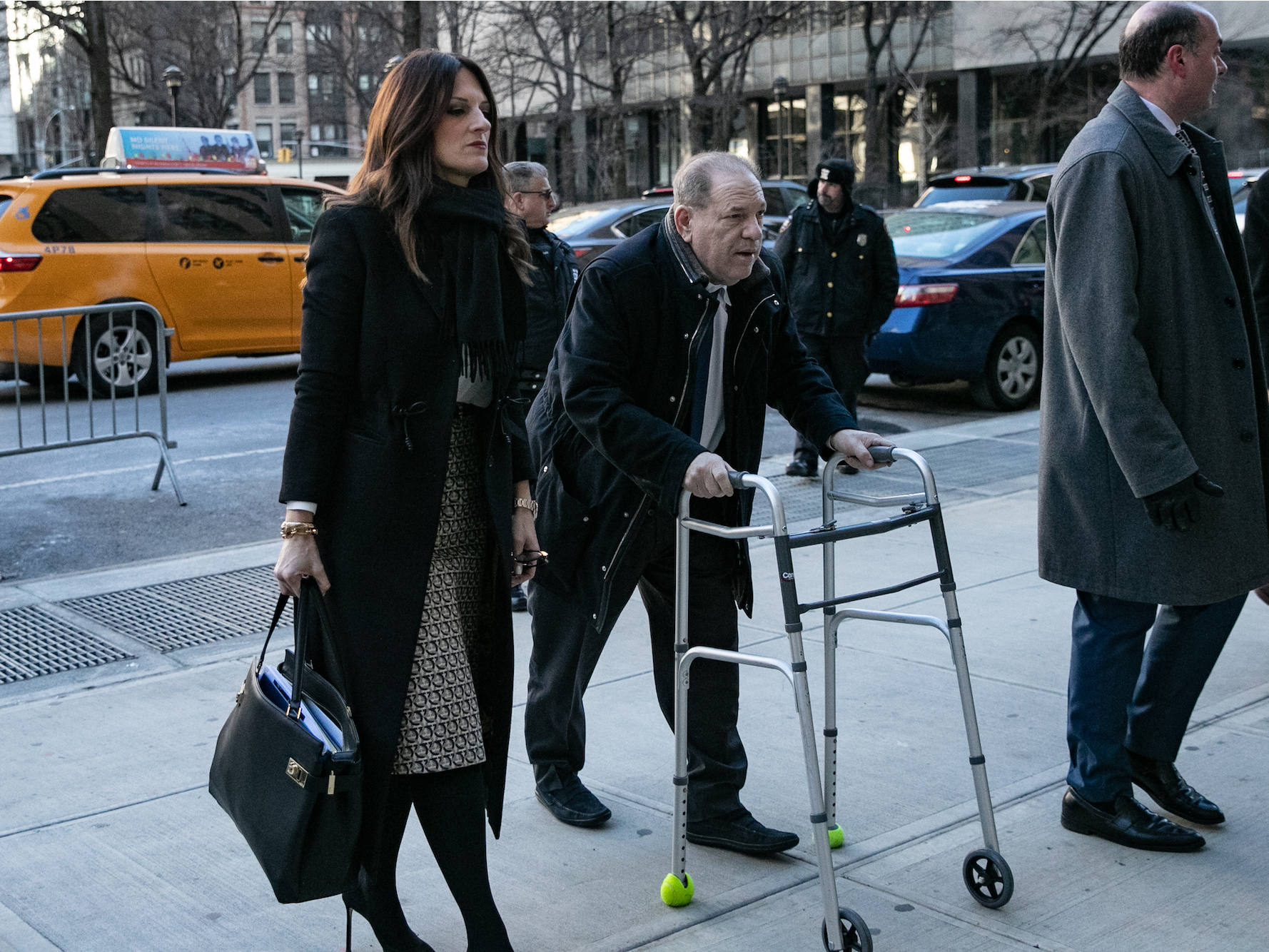 Rotunno said she believed the verdict sheet would have been far less confusing if the jurors had been instructed to consider Haleyi’s and Mann’s individual charges first, before moving on to the more complex predatory sexual assault charges.

Lara Yeretsian, a California-based criminal-defence attorney who was not involved in the trial, told Insider that the form was “confusing to me as an attorney, let alone a jury.”

“The defence should raise that on appeal because the jury may have been confused into thinking that they had to find him guilty on the two charges they found him guilty on in order to acquit him of the more serious charges,” she said.