Trump touted selling Puerto Rico after the territory was devastated by a hurricane in 2017, says former official 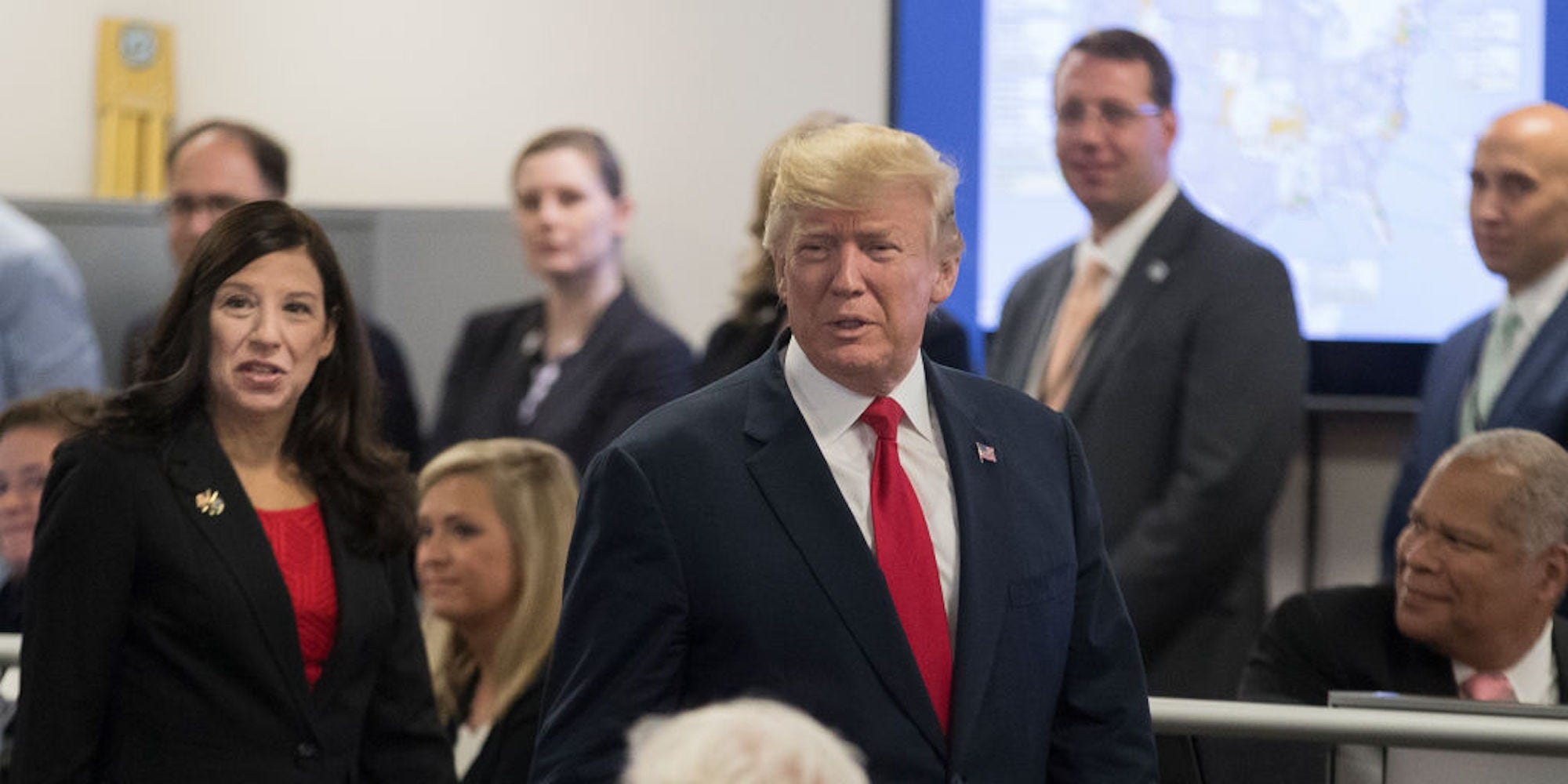 Duke served almost a year in the Trump administration after replacing John Kelly in an acting capacity in July 2017 when he was appointed White House chief of staff. In an interview with the Times published Saturday, she was highly critical of her former boss, Trump, claiming he is paranoid of “deep state” plots and resorts to “hate-filled, angry and divisive” language.

She described being shocked at the president’s remarks at a meeting after Hurricane Maria devastated Puerto Rico in 2017, where he suggested “divesting” or “selling” the island.

“The president’s initial ideas were more of as a businessman, you know,” she recalled. “Can we outsource the electricity? Can we sell the island? You know, or divest of that asset?”

She said that the idea of selling Puerto Rico was never seriously discussed or considered afterward.

Trump has repeatedly singled out Puerto Rico for attack in tweets since San Juan mayor Carmen Yulín Cruz criticised the slow federal response to the 2017 hurricanes.

In a series of messages alleging corruption in Puerto Rico last August, Trump attacked Cruz as “incompetent” and declared himself “the best thing that’s ever happened to Puerto Rico!”

A relief fund of $US17 billion approved after the hurricanes were only released in January with a series of tough restrictions, reported The Washington Post, with officials at the Department of Housing and Urban Development claiming corruption concerns were behind the delay. Critics accused the Trump administration of delaying the release for political reasons.

“There is no justifiable reason for this petty and egregious treatment of the people of Puerto Rico, and we should not laud these simple steps forward amidst a barrage of unjustifiable delay and the continued suffering of American citizens,” said Democratic Sen. Patrick Leahy, a member of the Senate Appropriations Committee, in January.

At the times of the hurricane, Duke was criticised for the federal government’s response and her claim that the storm, the damage it caused, and the government response was a “good news” story.

Duke is one of several former Trump administration officials who have spoken out about their concerns having witnessed the president’s behaviour and decision making behind closed doors.

In his recent book, The Room Where it Happened, former national security adviser John Bolton has claimed that Trump sought China’s help to win the 2020 election and said that his reelection would pose a “danger for the republic.”

White House spokesman Judd Deere told the Times that Trump “has never wavered in his highest obligation to the American people: their safety and security.”