Trump reportedly plans to declare victory if he's 'ahead' on election night, but his claims carry no legal weight and the remaining ballots would still be counted 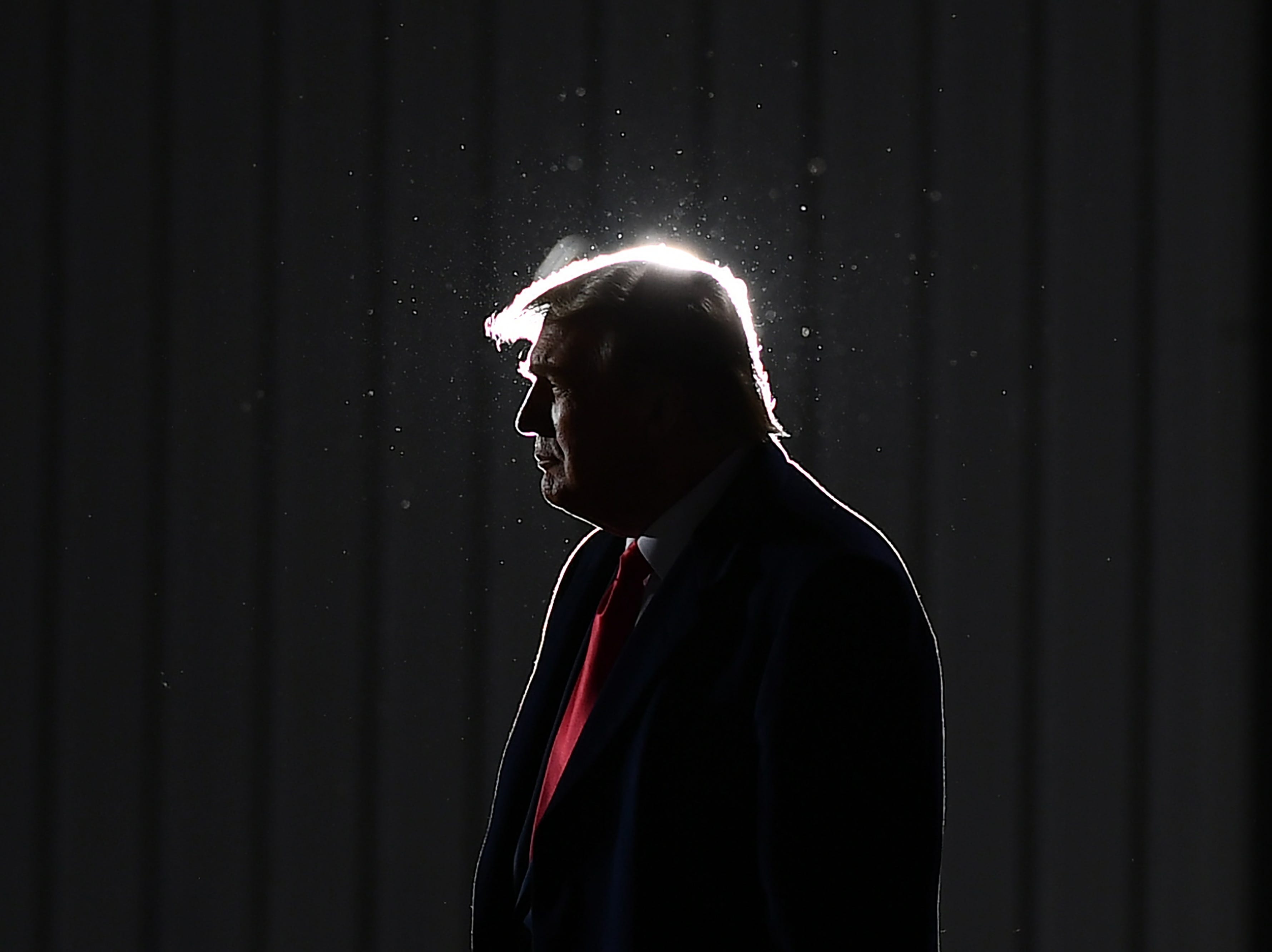 President Donald Trump is said to be planning to declare victory on Tuesday night if the initial results show him “ahead,” according to an Axios report.

Such a declaration would have no legal impact on the race being called and would not stop the remaining ballots from being tallied.

For over a year, the president has raised the specter of massive voter fraud and questioned the validity of absentee ballots for the 2020 presidential election. The Axios report was based on three sources with connections to the president.

Read more: How Kimberly Guilfoyle, the ‘human Venus flytrap,’ has groomed boyfriend Donald Trump Jr. into a political powerhouse and turned herself into a conservative star

Axios said Trump might declare victory “even if the Electoral College outcome still hinges on large numbers of uncounted votes in key states like Pennsylvania.”

He has privately said he would most likely declare victory if he were to win or hold “commanding leads in Ohio, Florida, North Carolina, Texas, Iowa, Arizona and Georgia,” according to Axios.

The Trump campaign’s senior advisor Jason Miller expressed confidence in Trump’s chances, telling Axios that Trump “will be reelected handily” and that “no amount of postelection Democratic thievery will be able to change the results.”

Tim Murtaugh, the Trump campaign’s communications director, told Axios the report was “nothing but people trying to create doubt about a Trump victory.”

He continued: “When he wins, he’s going to say so.”

Many states will not be done counting ballots on election night, including the critical Midwestern battlegrounds of Pennsylvania, Wisconsin, and Michigan.

The Trump campaign did not respond to a request for comment from Insider.