Donald Trump Jr. shared a misleading meme that falsely implied masks aren't effective at stopping the spread of the coronavirus 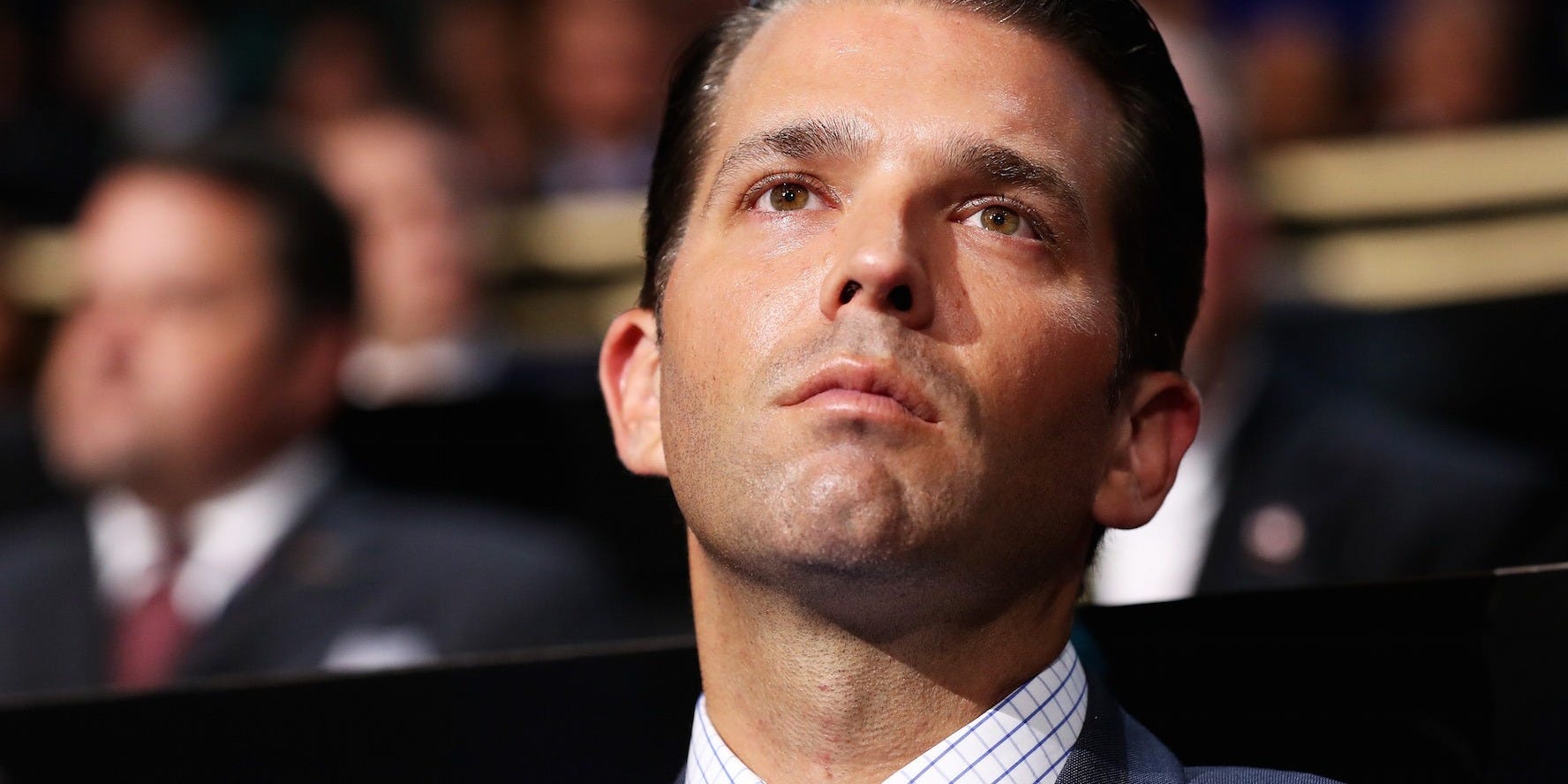 John Moore/Getty ImagesDonald Trump Jr. posted a meme to Facebook that implied masks do not help stop the spread of COVID-19.

Donald Trump Jr. took to Facebook earlier this week to share a misleading meme about face masks, despite recommendations from experts and lawmakers aiming to curb the novel coronavirus.

The son of the president and outspoken author of “Triggered” shared a photo taken at the Wuhan Institute of Virology in Wuhan, China, from 2017, as documented by AP.

In the photo, two workers are wearing extensive personal protective equipment, and a caption around the image reads, “This is what virologist wear to protect themselves from a virus. Don’t worry, though. Your bandana probably works too.”

Trump Jr. captioned his post “Solid point,” implying that masks are ineffective at stopping the spread of the coronavirus.

Wearing a face mask has become a political issue in America in recent months, but the CDC and WHO have been recommending people wear face masks in public since April to curb the spread of the virus.

Research shows that face coverings have been proven to help significantly curb chances of the virus spreading among individuals. Insider’s Rhea Mahbubani previously reported that one of several new studies found that wearing a face mask can make the risk of spreading COVID-19 drop from 17.4% to 3.1%.

Masks are ideal because they physically stop particle spread through droplets from someone talking, coughing, or sneezing, as the microbiologist Rich Davis showed through an experiment with germ-filled petri dishes.

What does a mask do? Blocks respiratory droplets coming from your mouth and throat.

First, I sneezed, sang, talked & coughed toward an agar culture plate with or without a mask. Bacteria colonies show where droplets landed. A mask blocks virtually all of them. pic.twitter.com/ETUD9DFmgU

Trump Jr.’s post came as the tide was shifting among some on attitudes towards masks, with Republican lawmakers like Senate Majority Leader Mitch McConnell encouraging constituents to wear protective gear.

The president also voiced his support for masks this week, saying he was “all for them” despite refusing to wear one in public himself.

On the same day he shared the meme to Facebook, Trump Jr. spoke positively of masks on Fox Business, saying that he agrees with a policy mandating that masks should be worn during the Republican National Convention in Jacksonville, Florida.

“I don’t think that it’s too complicated to wear a mask or wash your hands and follow basic hygiene protocols,” Trump Jr. told host Maria Bartiromo.

Some federal and local lawmakers have buckled down on preventative measures as coronavirus cases continue to rise in the United States. The US broke its record for new cases in a single day on Thursday, with over 55,000 Americans being diagnosed with the virus.