Even more Trump family members are reportedly moving to Florida 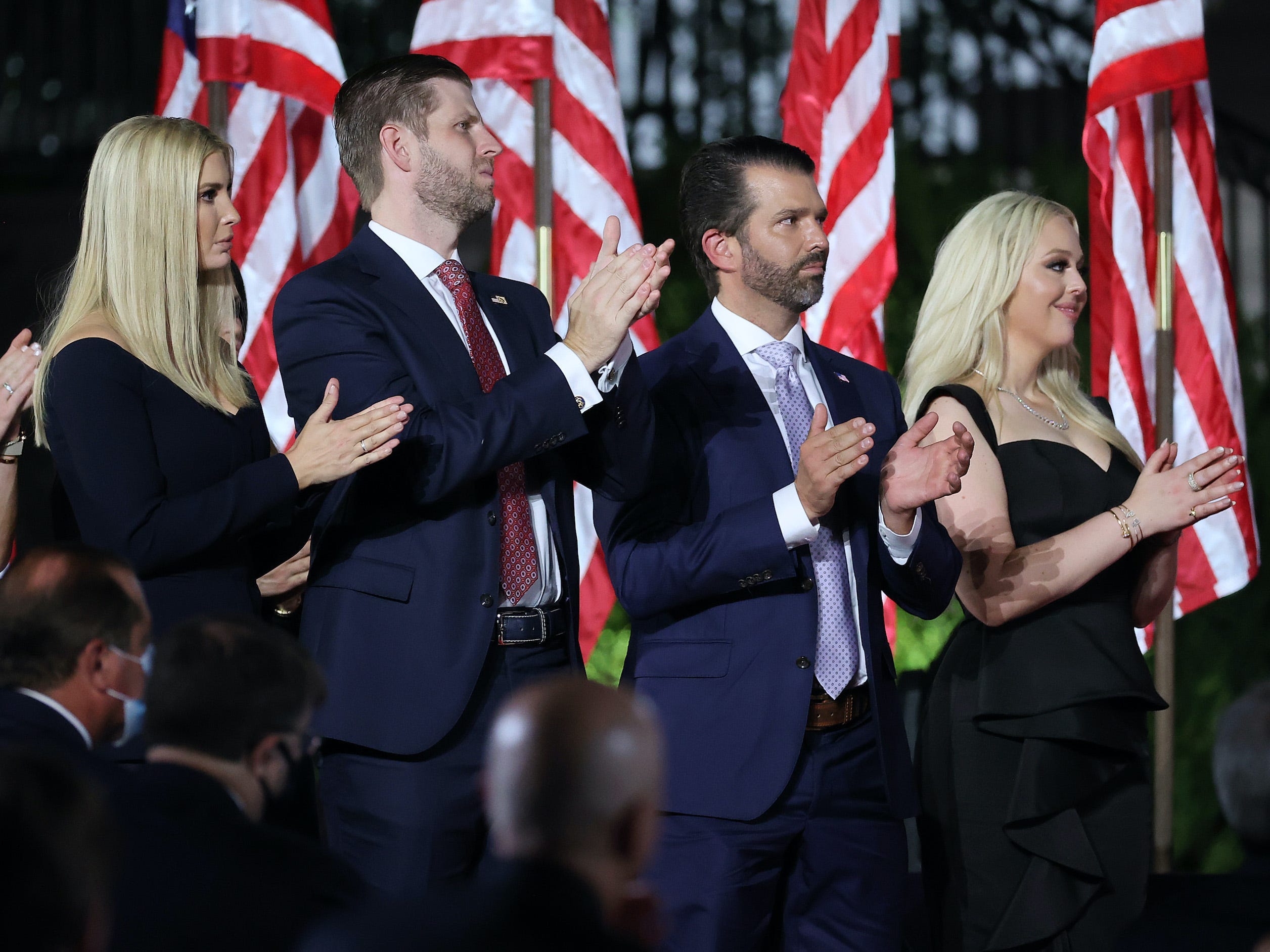 Florida, which is emerging as a growing tech and finance hub that could rival Wall Street, has been attracting scores of new residents amid the pandemic, with sunnier vistas and lower taxes.

The entire Trump family could make the already long list of people abandoning big cities for the Sunshine State even longer.

Donald Trump Jr. and his girlfriend, Kimberly Guilfoyle, are house hunting in Jupiter, Florida, the New York Post’s Jennifer Gould reported on Wednesday. His ex-wife and five children live in the areaâ€š and soon other Trumps might too. Jupiter is about 20 miles north of President Donald Trump’s Palm Beach club, Mar-a-Lago.

Earlier on Thursday, the Post’s Page Six section reported Tiffany Trump was apartment shopping in Miami. The recent Georgetown law-school graduate is apparently looking for a condo or house in the South Beach area with her boyfriend, Michael Boulos. Those close to Tiffany previously told Insider’s Hillary Hoffower that she could soon take a more active role in the Trump business empire, regardless of the election’s outcome.

The Trump siblings could be following Ivanka Trump’s lead. She and her husband, Jared Kushner, dropped $US32 million on an empty lot on a high-security private island in Miami last month. A truck â€” which appeared to be a moving truck â€” was spotted outside their Washington, DC, mansion last week.

The news of fleeing Trump family members comes after last week’s Capitol siege, an attack that even House GOP leader Kevin McCarthy says the president “bears responsibility” for. On Wednesday afternoon, the House voted to impeach the president for a second time for his role inciting the mob attack on the Capitol.

Heading south over returning to Manhattan makes sense for most of the family â€” there’s no warm welcome waiting for them there.

“There is no way they can stay in New York,” a source close to the Trumps told the Post. “They’d be tortured in the streets.”

The potential exodus to Florida keeps the Trump children solidly within a well-trodden family bubble.

After his term ends on January 20, Trump is expected to decamp to Mar-a-Lago, the private club known as “the winter White House.”

All the properties considered (or acquired) by Donald Jr., Ivanka, and Tiffany are within a 90-minute drive of Mar-a-Lago. Donald Trump Jr. recently rang in the new year there with a maskless indoor party, while Ivanka Trump and Kushner have notably spent holidays there â€” once even amid a government shutdown.

The White House did not respond to Insider’s request for comment.