Donald Trump Jr. said he's been 'totally asymptomatic' and is spending his time in quarantine polishing his guns 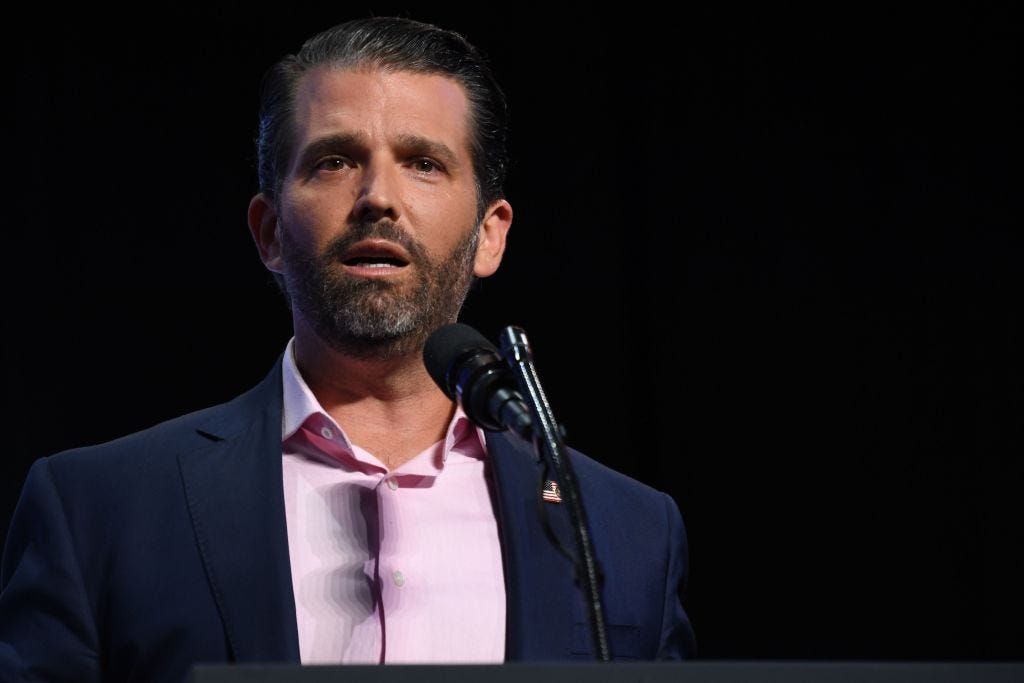 Saul Loeb/AFP via Getty ImagesDonald Trump Jr. speaks during a Students for Trump event at the Dream City Church in Phoenix, Arizona, on June 23, 2020.

In an update posted to Instagram, Donald Trump Jr. said on Friday that he’s not feeling the symptoms of the coronavirus and is passing the time under quarantine by cleaning his guns.

The president’s son announced he had tested positive for the virus earlier this week.

“Apparently I got the ‘rona,” he said on Friday. “You wouldn’t know it based on anything that I’ve felt or have seen. I guess I’ve been totally asymptomatic.”

“But out of an abundance of precaution, I’ll quarantine,” he added. “I’ll follow the regular protocols, you know, take it seriously. No reason to do anything otherwise. But again, totally asymptomatic, which is what’s weird about it.”

Trump Jr. got tested because he had been planning to go on a trip with his son, he said in the Instagram post. He has not exhibited any symptoms and is wondering whether the test was a false positive.

“But I’ll follow the protocols, take a little bit more time,” he said. “Maybe get another couple tests and hopefully if I can test a couple times in a row negative before the holidays.”

“My son Donald is doing very well. Thank you!” the president tweeted.

Trump Jr. has been quarantining in his cabin, according to his spokesperson.

To pass the time, he asked his Instagram followers for movie and book recommendations. He also said he’s going to spend a considerable amount of time polishing his guns.

“By the way, if you have any good Netflix recommendations, anything as it relates to movies or any good ebooks since I can’t go out and buy a book, give me your thoughts because I may have a couple days of solo time and there’s only so many guns I can clean before that gets boring,” he said. “I’ll get to go through my safe, which will be fun. Do a little 2A stuff. But in the meantime, I look forward to your recommendations.”

By testing positive, Trump Jr. joins the legion of people within Trump’s orbit who announced they also tested positive for the coronavirus. Trump Jr.’s girlfriend, Kimberly Guilfoyle, was among the people who tested positive and recovered.

Trump himself tested positive for the coronavirus in October, along with first lady Melania and their son, Barron.