There’s a few things investors don’t like about Donald Trump.

They think the birth certificate issue was a bit of a joke.

They were also turned off by Trump’s questioning of Obama’s performance at Harvard, and suggestions he received special treatment to gain entry.

A Bloomberg poll of investors, analysts and traders around the world found that 68% viewed the real estate mogul unfavorably (14% like him).

That “dislike” number surged to 79% when the poll was restricted to U.S investors only. 17% of those polled in America put Trump in their good books.

(A smaller poll of investors by Globe Street had 71% of respondents select the “Hell no” option, when asked if they would vote for Trump as president).

One money manager summed up his disdain for the Donald like this: “The last thing this country needs is an uber-political, self-serving, egomaniacal media junkie whose all-sizzle-no-steak approach to life and politics only distracts us all from the real issues and problems of our country.”

Another said his alleged run for president is a “sideshow” and that he’s pretty much only doing it for ratings on The Apprentice.

Meanwhile, Obama was viewed favourably by 55% and unfavorably by 41%.

Trump’s spokesman “emphatically disagree[s]” with the results because, he says, “How could you not have a favourable opinion if, technically, we are being looked at at every country in the world” for deals? 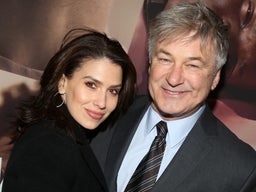