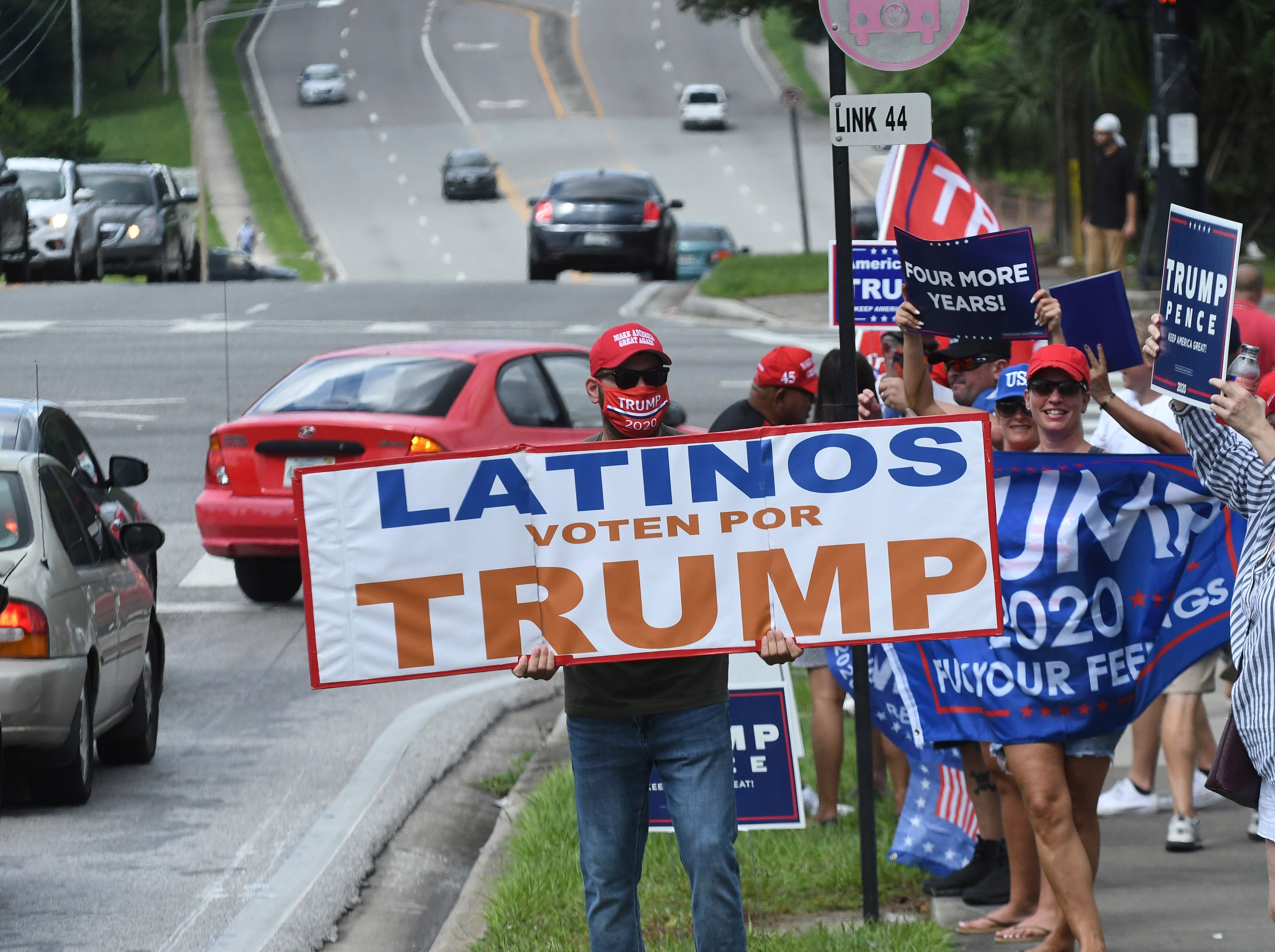 Paul Hennessy/NurPhoto via Getty ImagesSupporters of President Trump hold campaign placards after a ‘Latinos for Trump’ event in Orlando, Florida.

For years, Florida has been the most tantalising presidential swing state for Democrats and Republicans.

According to The New York Times, approximately 950 people move to Florida every day, fuelling the state’s population boom from 18.8 million residents in 2010 to an estimated 21.48 million residents in 2019, with much of the growth attributed to racial minorities. Of those residents, 26% are Hispanic, 17% are Black, and 3% are Asian, while 53% of the state’s population is non-Hispanic white.

Democrats had long argued that Florida’s increased minority share of the population would benefit them electorally, pointing to former President Barack Obama’s success in winning the state in 2008 and 2012.

In 2016, this theory hit a roadblock when former Secretary of State Hillary Clinton poured enormous resources into winning Florida, only to lose the state by a slim 1.2% margin to now-President Donald Trump. While she won Latino voters with 66% to Trump’s 28%, it was down from Obama’s 71% to GOP nominee Mitt Romney’s 27%, according to the Pew Research Centre. Black voter turnout also declined that year, especially in vote-rich Miami-Dade County in South Florida, which, paired with Trump’s dominance in rural and exurban counties, doomed Clinton’s chances.

Since taking office, Trump has quietly built on his 2016 win in Florida, targeting Cuban-American voters, South and Central American immigrants weary of socialist leaders, Latino evangelical voters, and Black voters, a longstanding effort that has made him more popular with several key minority groups in the state this year.

In a NBC News/Marist poll conducted in late August and early September, Trump and Democratic presidential nominee Joe Biden were tied at 48% among likely voters in Florida, but the president was ahead 50% to 46% among likely Latino voters.

Here are some of the ways that Trump moved his numbers with key minority groups in Florida:

Trump, who for decades was one of the country’s most famous businessmen, has frequently touted his economic record in appealing to Latino voters. 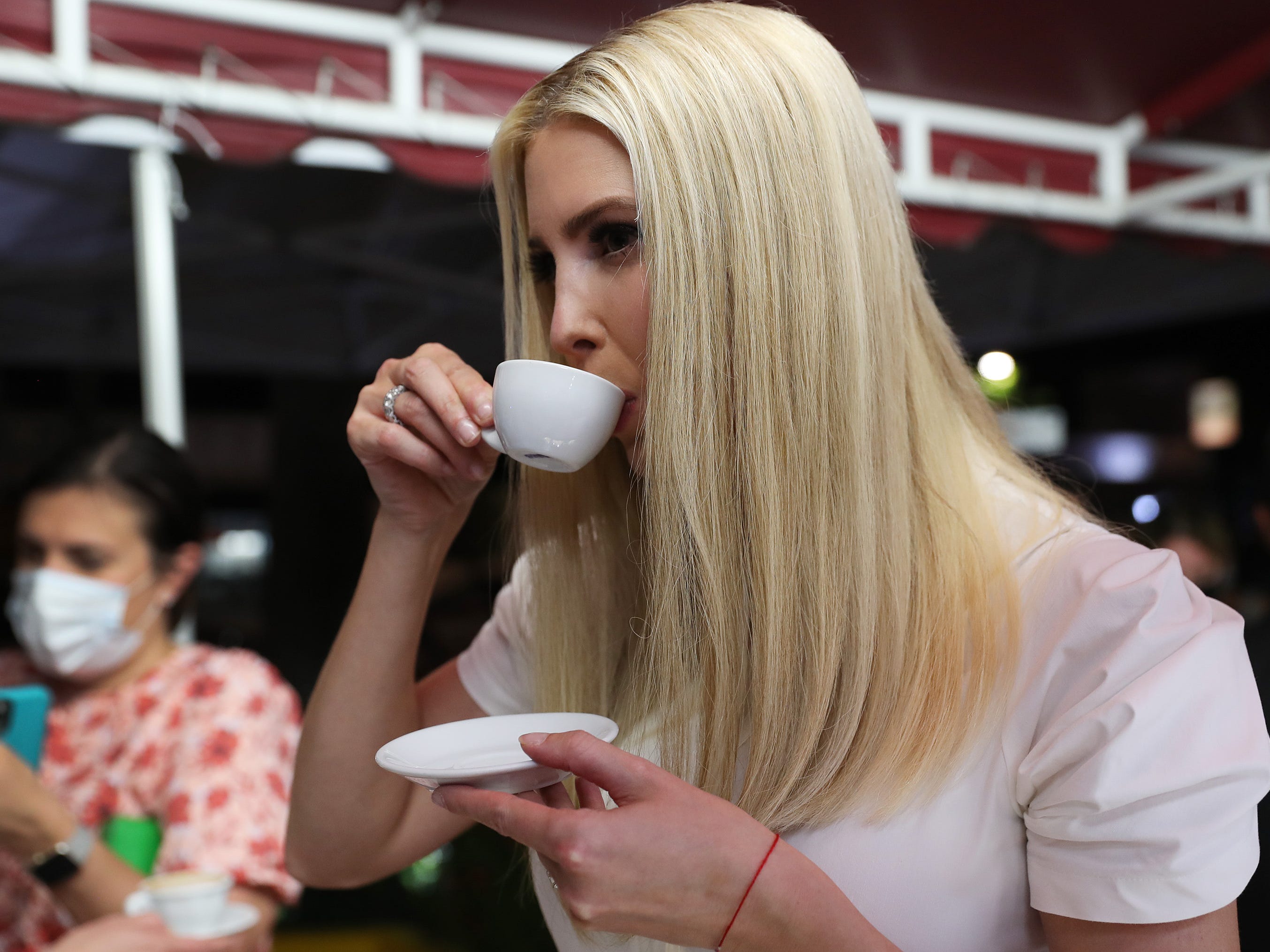 The president rails against Biden’s economic and health care proposals, accusing the Democratic party of supporting “socialism,” which is anathema to a community that fled Cuba to escape the Fidel Castro-led socialist government. Trump was firmly opposed to Obama opening up diplomatic relations with Cuba in 2014, rolling back key engagement policies and restricting travel to the country after he took office in 2017.

While Obama was able to secure 49% of the Cuban-American vote in 2012, Trump easily won the group 54% to 41% over Clinton, according to the Pew Research Centre.

The gains look to be even stronger this year. A Florida International University poll released this month showed that 59% of Cuban-Americans would back Trump, with 25% expressing support for Biden. Poll respondents favoured the president on issues ranging from the economy and health care to his Cuba policies on keeping the trade embargo and eliminating cruise ships.

Last month, Trump even considered nominating a prominent Cuban-American judge, Barbara Lagoa, to the Supreme Court to boost his already high standing among most members of this critical voter demographic.

The Trump campaign has long sought support from the state’s evangelical Latino voters, from Puerto Ricans in Central Florida to Central and South American voters in the Miami area.

The winning message? Leaning into conservative Catholicism and decrying any hint of support of Latin American dictators.

“While the GOP’s traditional strength among Cuban Americans is well understood, the party’s appeal to born-again religious voters of Caribbean and Latin American descent in recent years has received far less attention,” according to a Washington Post report about Latino evangelicals. “Now, Republicans hope these voters will further chip away at the margins of Joe Biden’s support in Florida among Latinos.” 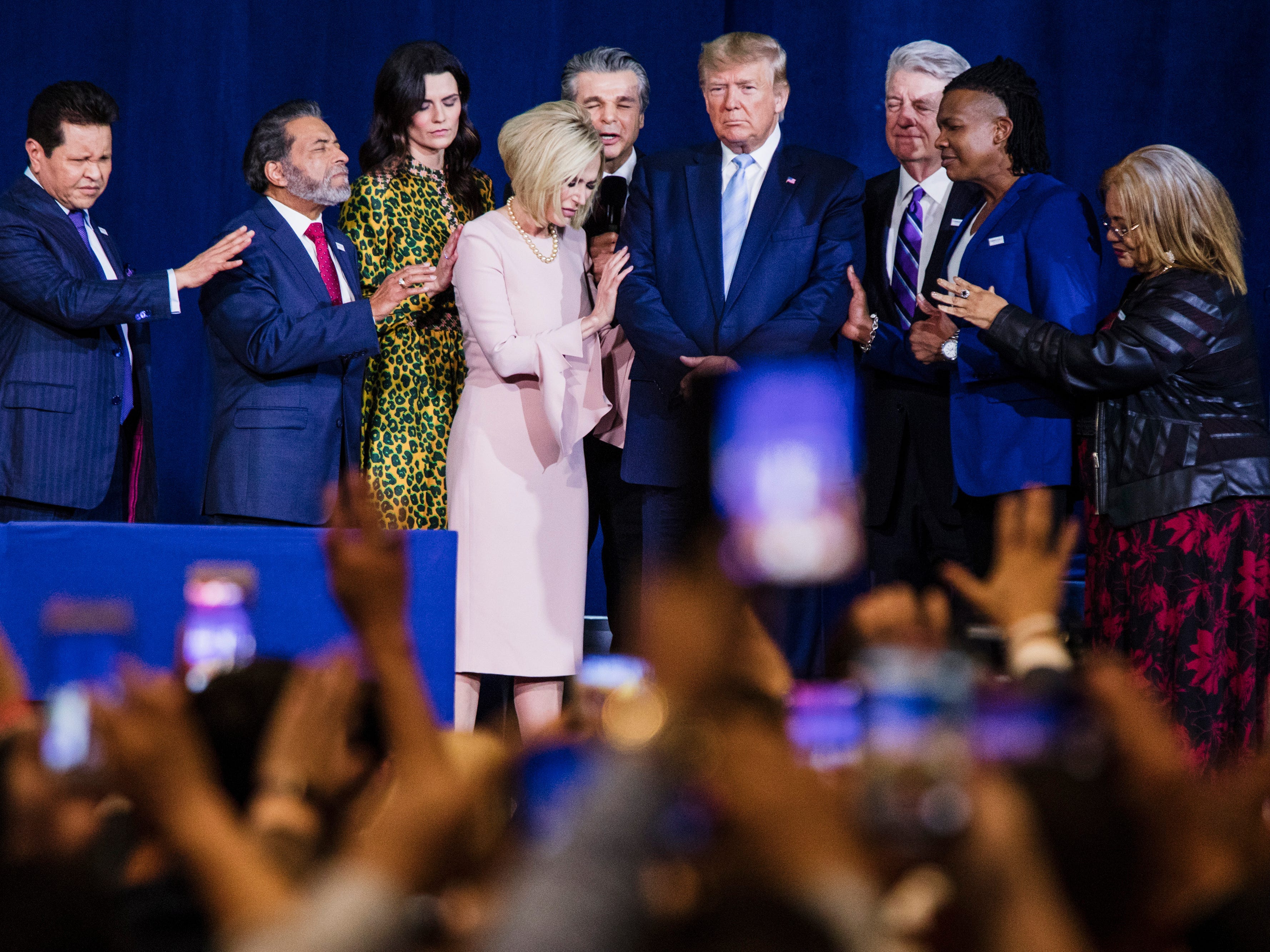 Photo by Scott McIntyre/For The Washington Post via Getty ImagesReligious leaders pray alongside President Trump during an ‘Evangelicals for Trump’ event in Miami.

Despite Biden’s role as a longstanding leader in the party’s moderate flank, the Trump campaign has tried to paint him as an untenable alternative.

With the installation of staunch conservative Amy Coney Barrett to the Supreme Court, Trump’s stock likely soared even higher among these groups.

While older Black voters are firmly behind Biden, an increasing number of younger Black voters identify as unaffiliated or Independent voters, which the Trump campaign has used to increase Black support in 2020.

In February, the Trump campaign announced the opening of offices throughout Florida designed to engage with Black voters, including spaces in Jacksonville, Orlando, Tallahassee, Tampa, and Miami, NPR reported.

According to most public polling, Biden will win the lion’s share of the Black vote, but Trump has long sought to solidify inroads with Black voters, especially younger and blue-collar Black men who may be attracted to his economic and criminal justice reform messages.

In Florida, the land of perennially close elections, every vote counts â€” and both campaigns know it.