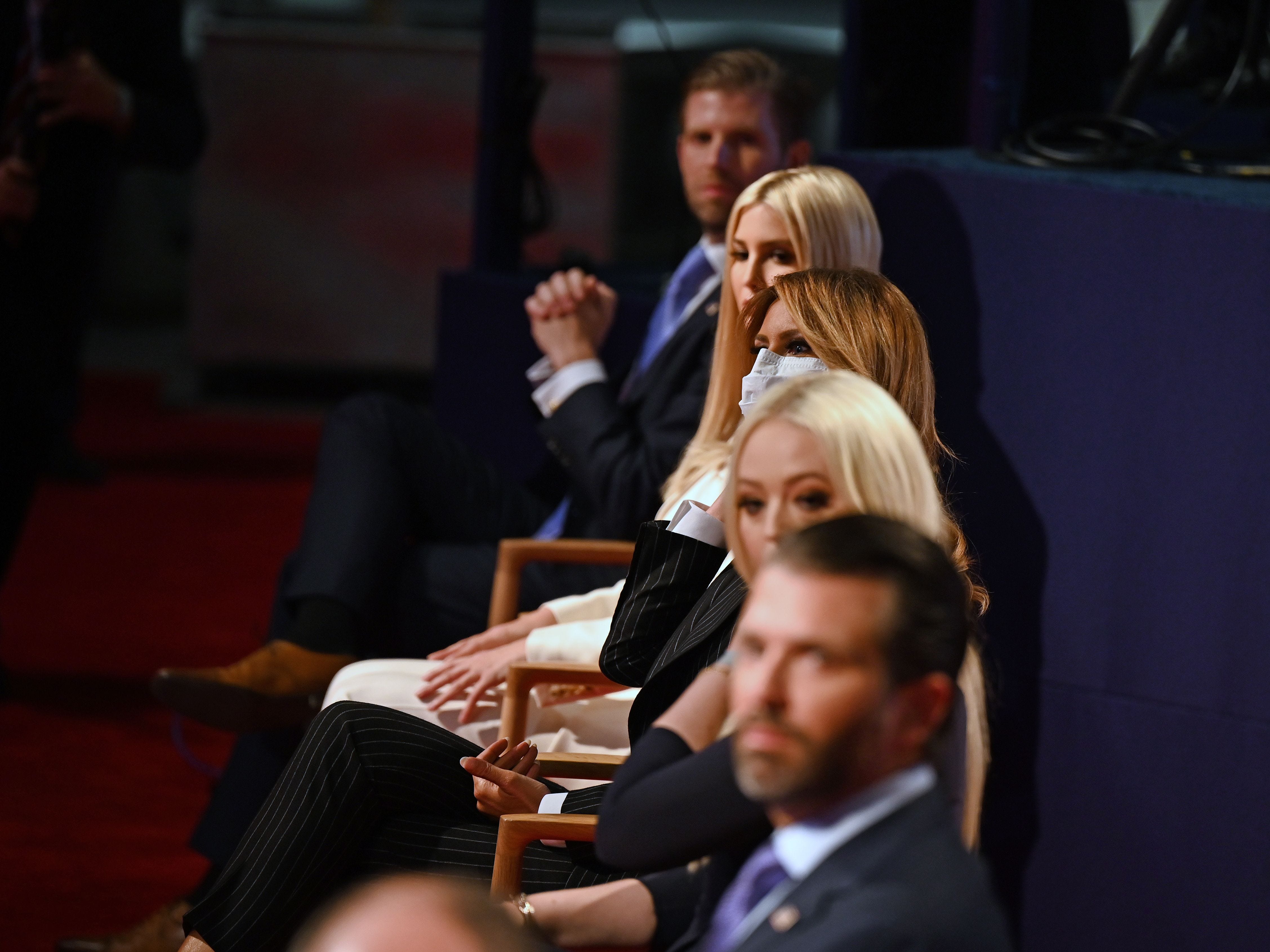 Several members of President Donald Trump’s family, campaign staff, and White House staff were observed walking around their Cleveland hotel without face coverings before the presidential debate last week, in violation of the hotel’s mask requirement, according to ABC News.

The Trump entourage stayed at the InterContinental Suites Hotel Cleveland, part of a constellation of hotels that serve the renowned medical institution and are frequented by patients and medical professionals.

ABC News reported Eric and Lara Trump, White House Chief of Staff Mark Meadows, White House senior advisor Jared Kushner, and Trump campaign manager Bill Stepien travel throughout the hotel lobby and snack shop last Tuesday without masks. They were also seen maskless at a buffet “that appeared to be set aside for the White House group,” according to ABC News.

Around the hotel, Secret Service agents were spotted wearing masks, along with several other campaign staffers who were seen earlier that day.

The hotel released a statement to ABC News stating that the Trump entourage was “in a dedicated space within the hotel and had limited to no interaction with hotel colleagues or other guests.”

However, according to ABC News, “one of the dedicated spaces set aside for White House and campaign staff was stationed in the main area near the hotel restaurant and was accessible to hotel guests.”

Last Friday, Stepien announced that he tested positive for the coronavirus and would quarantine until he recovers.

President Trump, who also announced that he and first lady Melania Trump contracted the coronavirus, is currently at Walter Reed National Military Medical Centre in Bethesda, Maryland, where he will stay for the next few days “out of an abundance of caution,” according to the White House.

On Friday, Fox News anchor and debate moderator Chris Wallace stated that President Trump and his family didn’t arrive in Cleveland early enough to get tested for the coronavirus before the first presidential debate.

“For them to get tested, there wouldn’t have been enough time to have the test and have the debate at 9:00 that night,” he said. “They didn’t show up until 3:00, 4:00, 5:00 in the afternoon. There was an honour system when it came to the people that came into the hall from the two campaigns.”