President Donald Trump reportedly wants to fast-track approval of an experimental coronavirus vaccine being developed in the UK so it can be used in the US before the presidential election.

In a bid to secure a coronavirus vaccine before November 3, Trump wants the US Food and Drug Administration to grant emergency use authorization to the vaccine being developed by Oxford University in the weeks leading up to the election, even if it does not yet have full regulatory approval, the Financial Times reports, citing unnamed sources.

The Oxford vaccine, being developed in partnership with the pharmaceutical firm AstraZeneca, is set to be trialed on 10,000 volunteers in the coming weeks; however, US health authorities have indicated a vaccine must be successfully trialed on 30,000 volunteers to receive authorization.

Two senior figures in the Trump administration last month told House Speaker Nancy Pelosi in a meeting that the president wanted to bypass these requirements by granting the vaccine emergency use authorization, an unnamed source briefed on the meeting told the Financial Times.

The two figures – the White House chief of staff, Mark Meadows, and Treasury Secretary Steven Mnuchin – reportedly said they expected a vaccine to receive emergency use authorization before the election and possibly as early as next month.

A Treasury representative denied that Mnuchin made comments regarding AstraZeneca in that meeting and said he “is also not aware of any plans the FDA may have regarding any emergency use authorization for any potential vaccine, beyond what he has heard publicly stated.”

Michael Caputo, a representative for the Department of Health and Human Services, denied that the FDA would grant a vaccine emergency use authorization before the election, calling the idea “absolutely false.”

He told the Financial Times that the stated objective of developing a vaccine by the first quarter of 2021 had not changed and that talk of one being available to the public in October was a “lurid resistance fantasy.” Caputo said: “Irresponsible talk of an unsafe or ineffective vaccine being approved for public use is designed to undermine the president’s coronavirus response.”

At the same time, President Donald Trump has publicly expressed a desire to have a vaccine sooner. On Saturday, Trump accused the FDA – with no evidence – of trying to delay a coronavirus vaccine until after the election for political purposes.

In a tweet that tagged Dr. Stephen Hahn, the FDA commissioner,Trump said: “The deep state, or whoever, over at the FDA is making it very difficult for drug companies to get people in order to test the vaccines and therapeutics. Obviously, they are hoping to delay the answer until after November 3rd. Must focus on speed, and saving lives!”

Pelosi on Saturday said the president’s tweet was “very dangerous” and that “even for him, it went beyond the pale in terms of how he would jeopardize the health and wellbeing of the American people.” 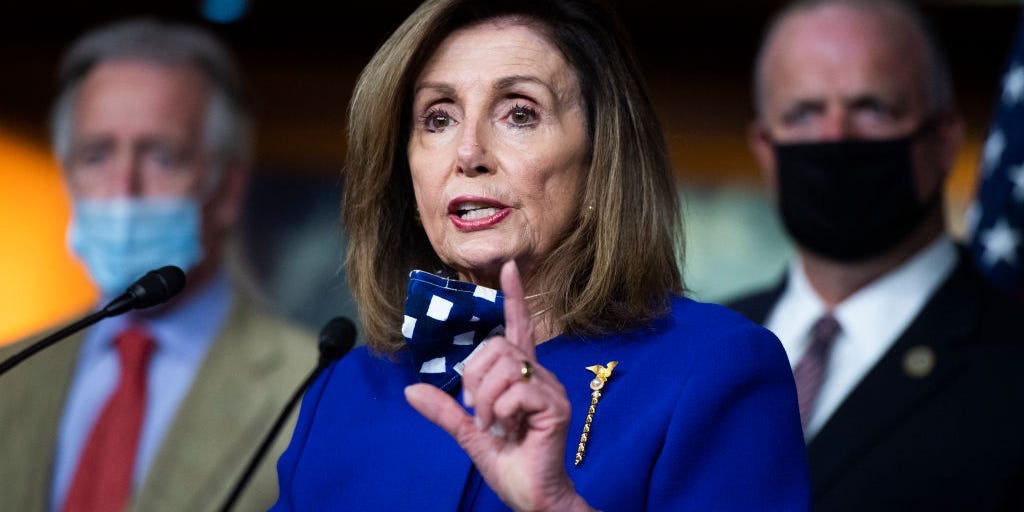 Oxford researchers are considered to be leading the race to produce a fully tested vaccine and have agreed with AstraZeneca to produce up to 2 billion doses. The team, led by Dr. Sarah Gilbert, began human trials for the vaccine in April, at which point she said a vaccine could be proved effective by as early as September.

Dr. Anthony Fauci, the director of the US National Institute of Allergy and Infectious Diseases, has urged caution about Oxford’s front-running status, however, reflecting the fact that most vaccines fail to receive regulatory approval.

“You’ve got to be careful if you’re temporarily leading the way versus having a vaccine that’s actually going to work,” he told the BBC last month in comments reported by Bloomberg.

Fauci, the top US infectious-disease expert, also warned about the danger of fast-tracking a coronavirus vaccine after Russian President Vladimir Putin this month announced that Russia had approved a vaccine and hoped to begin mass production soon. Russia’s vaccine has not completed its phase 3 trials, which are considered key in demonstrating the safety and efficacy of a vaccine and are usually completed before regulatory approval is given.

Fauci said while the US had numerous vaccines in development, “if we wanted to take the chance of hurting a lot of people or giving them something that doesn’t work, we could start doing this, you know, next week if we wanted to – but that’s not the way it works.”

German Health Minister Jens Spahn has also warned about the risks of rolling out a vaccine to the public before carrying out sufficient testing. Speaking about the Russian vaccine, he said: “It can be dangerous to start vaccinating millions, if not billions, of people too early because it could pretty much kill the acceptance of vaccination if it goes wrong, so I’m very sceptical about what’s going on in Russia.”

A spokesman for UK Prime Minister Boris Johnson on Monday dismissed the possibility of the US gaining first access to the vaccine, ahead of the UK, by bypassing its normal procedures.

“We’ve been clear throughout that we will only roll out a vaccine once it’s been deemed safe and effective by our regulators,” the person said.

“AstraZeneca have entered a number of agreements with other countries, but we’ve been clear once it’s been found to be effective, we’ve signed a deal for 100 million doses and once it’s effective, the UK will get first access.”