Domino's is adding 5,000 UK jobs as pizza orders continue to rise during the pandemic 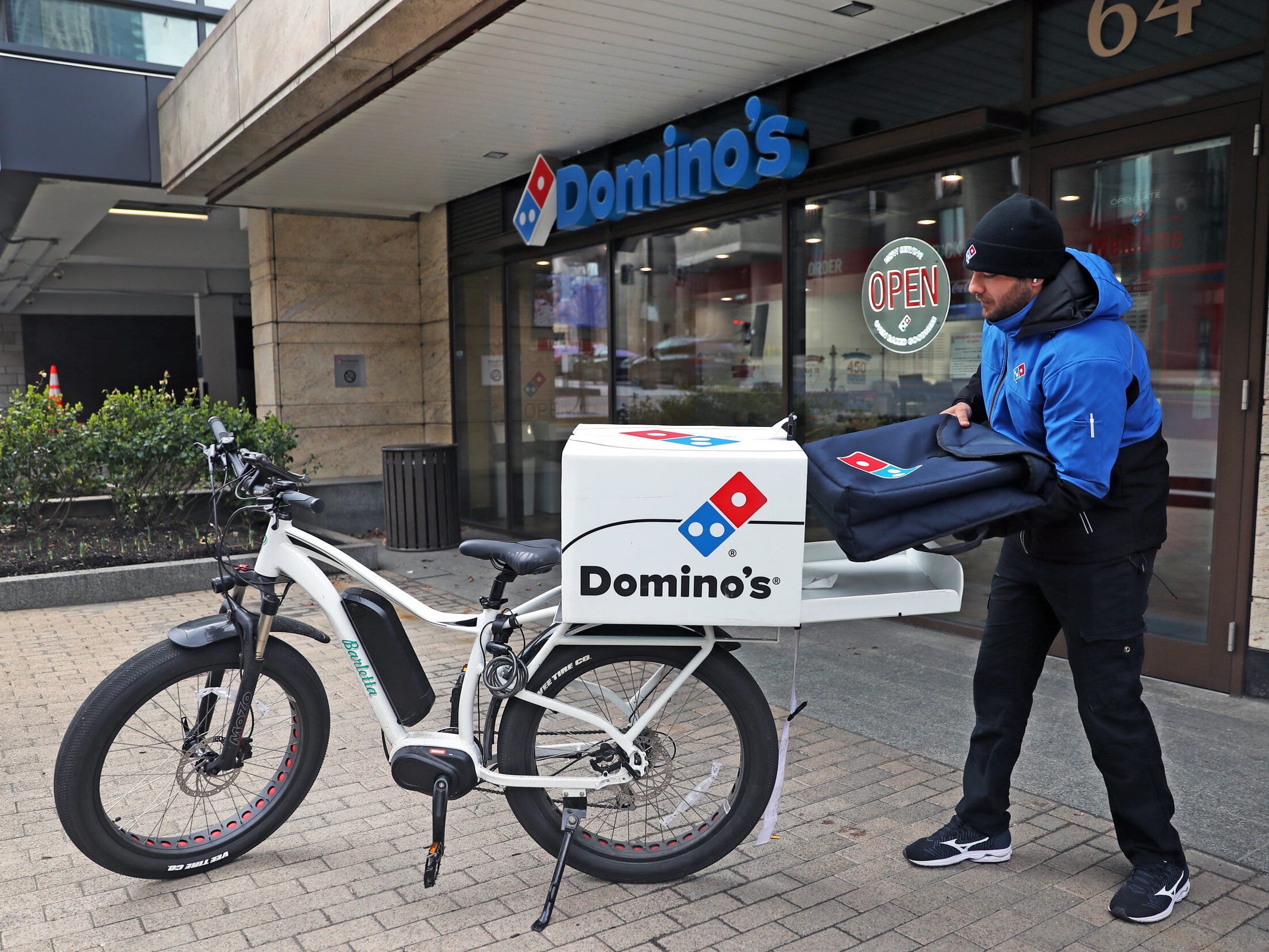 Domino’s Pizza has continued the hiring spree among pizza chains during the pandemic by adding 5,000 new jobs in the UK â€” a 15% expansion of its workforce.

The new roles, which include pizza chefs, customer service colleagues, and delivery drivers, will bring its total UK workforce from 35,000 to around 40,000, and will help the chain prepare for the holiday rush, it said.

Domino’s has already added 6,000 UK jobs since the start of the pandemic thanks to soaring sales: Like-for-like sales were up 4.8% in the first half of 2020 compared to 2019.

And it’s not just Domino’s riding a wave of demand. As dine-in restaurants shut during lockdown, pizza sales have soared â€” Papa John’s sales in North America jumped 33.5% in the period from April 27 to May 24, for example. Around one in four Americans ordered pizza more often than normal in mid-March, according to a survey by Gordon Haskett.

Chains have responded by adding more jobs to keep up with demand. On just one day in March alone, Pizza Hut and Papa John’s announced new roles totalling around 30,000 across the US.

On top of the 5,000 UK jobs, Domino’s is also creating more than 1,000 six-month work placements through a Â£2 billion ($US2.58 billion) government scheme, it announced on Tuesday. The Kickstart scheme funds job placements for young people at risk of long-term unemployment, in response to soaring joblessness.

Dominic Paul, Domino’s Pizza Group CEO, said: “It was a privilege to keep our stores open during COVID-19 and to now be in a position to offer thousands more people the opportunity to become a Domino’s team member.

“Together, these over 6,000 new roles will help Domino’s continue to safely serve our local communities as we head towards the busy festive period.”